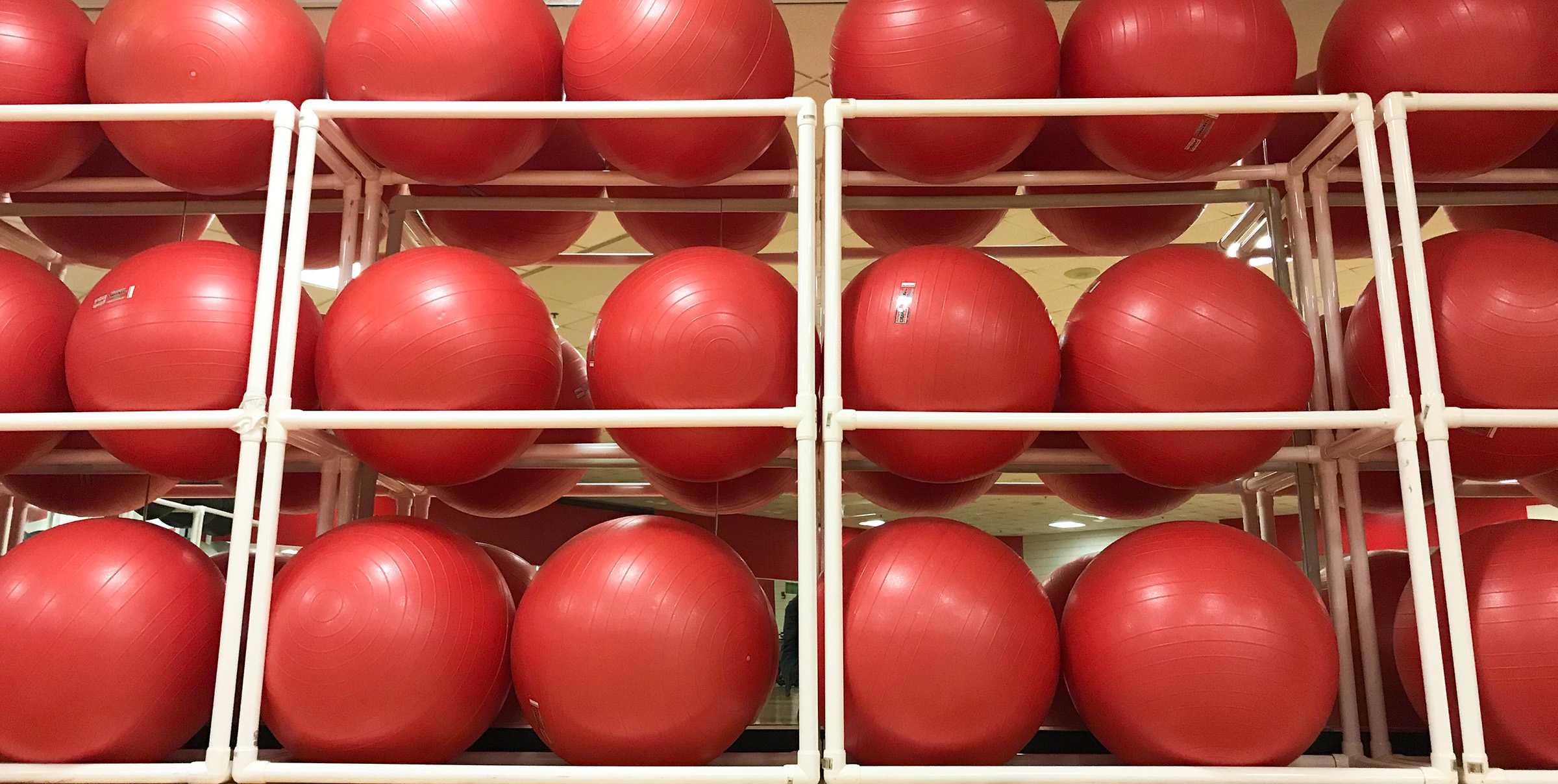 I took a GroupX class every day for a week, and here’s what happened

After Thanksgiving break, I always come back to school feeling a bit down in the dumps. Not only is it hard to go back to campus after the peaceful feeling of being at home, but there’s also a sense of physical fatigue that comes with it.

This year, I decided I would combat these post-Thanksgiving blues by hitting the gym. However, with finals coming up and assignments looming over me, I knew it would be hard to stay motivated, so I decided to force myself to go to a GroupX class at the Preston Center every day for a week. Here’s what happened.

To start off my fitness journey, I decided to attend Buns and Guns. The name rhymed, and it was named after two of my favorite body parts — what could possibly go wrong?

Squats could go wrong. Lunges and butt kicks and what felt like thousands of high kicks could all go wrong. My heart was racing, and my legs were trembling before the instructor even announced the end of our warm-up.

In the mirrors that surrounded the walls of the dance studio, I caught a glimpse of my shiny, reddened face. I could feel my shirt sticking to me with sweat. That’s when I heard the instructor say something like, “OK guys, here is where it’s going to start getting hard,” and I wondered what I had gotten myself into.

The instructor, grad student Daniella Izaguirre from Los Angeles, California, hadn’t been lying though: The intensity of the exercises only grew from there, so much so that I couldn’t even finish the class. I had to step outside to catch my breath and regain my composure. The class was much harder than I had imagined it to be. Who knew a workout class with such a cute name could be so painful?

It felt like the longest 30 minutes of my life. I left the gym a shaky, red-faced mess. This class definitely kicked my buns.

After a rough start to the week, I decided to take a Zumba class. I figured some carefree ass shaking was just what I needed after the previous day’s discouragement.

Zumba was even more fun than I expected it to be; it really was like a giant dance party. The room buzzed with energy as the 50 or 60 people in attendance followed along with the choreography from the instructor, Louisville junior Alex Hockersmith.

It was a little difficult to get the moves at first. The instructor moved fast, and it seemed as if everyone around me was a Zumba-veteran who knew exactly what to do. I caught on quickly though, and I managed to end up in sync with everyone by the end of each song. Soon we were all spinning and strutting and shaking our hips together like an army of hip-hop dancers.

Though I wouldn’t call Zumba easy, since there was a definite learning curve with the choreography and it was 45 minutes of working up a sweat, it was just the level of activity I needed to boost my morale.

This is the class I’d been dreading the most. My friends warned me against taking it. They told me to pick another one.

The name H.I.I.T. doesn’t sound too intimidating, does it?  At first, I didn’t think it would be too bad. Then I learned what the acronym stands for: high-intensity interval training.

Buns and Guns had been more than enough intensity for me. I wasn’t looking forward to a whole class that specialized in it. That day, I entered the workout studio nervous but determined. My buns and guns were still sore from the two days before, and I didn’t quite know what I was walking into, but I knew I could do it. This week was about pushing myself, and I would do exactly that.

We worked our way through a multistep warm up three times while I mentally prepared myself for the amount of grit and sweat that lay before me. The instructor, junior Anna Wells from Taylor Mill, dove into the circuits of workouts. There were calf raises and butt kicks and more variations of squats than I had ever thought possible.

I finished this class with a few new sweat stains on my shirt and a great sense of accomplishment. In H.I.I.T. class, I learned how to push myself, pace myself and prepare myself for workouts in the future.

As an avid bicyclist, this was the class I was most looking forward to all week. In fact, this was the only GroupX class I’d ever taken before this week. It felt good to walk into the workout studio full of stationary bikes and know exactly what to expect.

I picked out a bike, adjusted the seat and hopped on. The instructor led us on a journey that ranged from flat roads to hills, telling us to sit or stand at certain intervals and change the tension on the bike to make it easier or harder to move the pedals.

The energy level in the room was high as the 20 or so people in attendance followed the directions from the instructor, senior Morgan Price from Louisville. The studio was filled with the sounds of whirring tires, squeaking pedals and heavy breathing.

Overall, this class was just the right level of difficulty: a perfect mix of fun and challenging. I worked up a considerable sweat, but it was a well-needed breather after the intensity of Wednesday’s H.I.I.T. class.

After a week of hobbling around campus because my leg muscles were too sore to walk normally, I was not looking forward to this class.

However, on the schedule of GroupX classes, I saw the little illustration beside the class description: It was a stick figure kicking a punching bag. When I learned the class would be like kickboxing, I got a lot more excited.

That being said, Kick and Tone was only half what I expected. There were definitely kickboxing elements to the class.  Following the instructor, Preston Center fitness coach Kayce Kirkpatrick, we went through circuits of throwing elbows, knees, hooks and kicks. We uppercut-jabbed invisible attackers.

Then came the tone part of the class. This included some pretty difficult exercises involving tension bands and free weights that made me wish I’d picked an easier class to end my week.

Nevertheless, I finished out my week strong. The Kick and Tone class made me feel empowered. Not only did I prove that I can fight off an attacker, but I proved that I can fight through the pain in my own body.