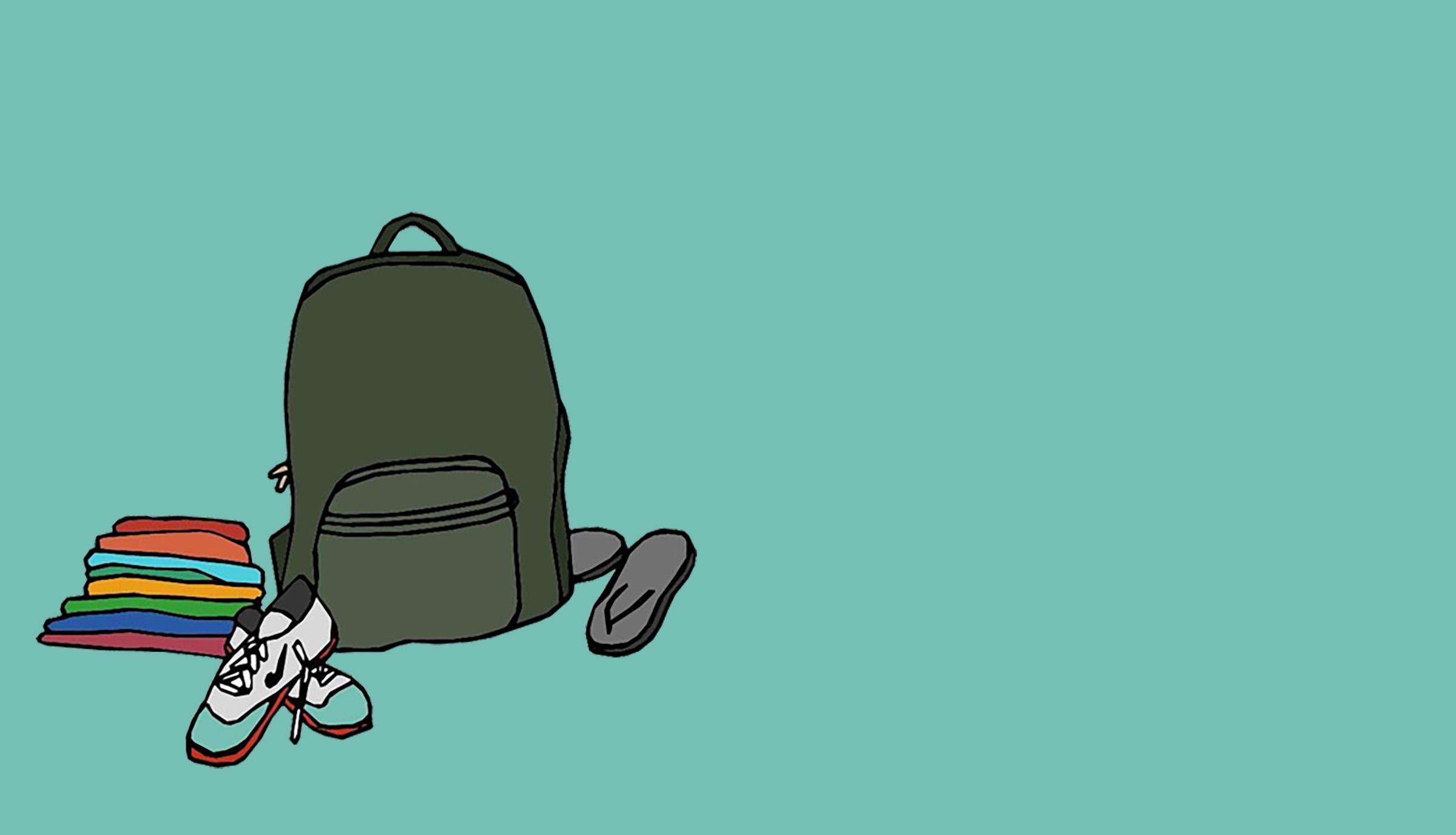 WKU is known for being a university that is serious about study abroad. In 2016, the Institute for International Education ranked WKU 19th in the country in its list of universities with the most students studying abroad.

The Harlaxton College semester program plays a role in keeping WKU a nationally-ranked institution in this regard. Harlaxton students spend a semester living and studying in a manor in Grantham, England, and they have the opportunity to travel to various European countries on long weekends.

However, even after committing to this program, it can be hard to begin packing and planning for life across the pond.

For those of you planning to study abroad at Harlaxton in the spring or even in the years to come, you’re in luck. We asked five Harlaxton alums to share their top tips for all things packing, as well as how to live your best English life!

Louisville senior Erin Waggoner attended Harlaxton in the spring of 2016. Waggoner said she had a few go-to items during her time abroad.

“Bring a good rain jacket because it always pours,” Waggoner said. “Also bring enough of your prescriptions to last you the whole time — same goes for cosmetics you can’t live without.”

“Try all the food,” Waggoner said. “It’s easy to find a McDonald’s wherever you go, but when else are you going to be able to try paella and escargot?”

Waggoner recalled some of her favorite memories and how she kept in contact with her loved ones in America. She advised keeping in touch with family and friends through apps like Viber, WhatsApp or Facebook Messenger.

“That being said though, don’t miss out on where you’re at because you’re on the phone every day,” she said.

Winchester senior Callie Miller studied at Harlaxton in spring 2016. Miller traveled to 14 countries while she was abroad.

“Leave space in a suitcase for souvenirs,” Miller said. “Go to Ireland, London, Paris and Barcelona but also go to the less touristy countries like Poland, Slovakia and Sweden.”

Miller said it is important to step out of your comfort zone and be willing to grow.

“Don’t be afraid to travel alone,” Miller said. “Studying abroad is about becoming more independent and realizing your potential as a worldly scholar. Capitalize on that.”

Lexington junior Christina Bacon attended Harlaxton in spring 2017. Bacon said she learned a lot about the world during her time in England—and about the do’s and don’ts of packing.

“Key items to pack are European outlet converters and Great Britain Converters,” Bacon said. “They are two different things, so make sure you get two different ones. Also, make sure you bring another backpack that is big enough to fit your weekend travel clothes in but small enough to be a carry-on.”

Bacon said finding a church in Grantham helped with her homesickness.

“Homesickness is real, so learn to love the manor and the beauty around it,” Bacon said. “If you’re looking for a church, I went to Alive right in the heart of Grantham. It was so awesome, and I got to really meet a lot of people in town through that. I really relied on Jesus a whole bunch and that literally transformed me.”

Smiths Grove junior William Meyer spent the 2017 spring semester at Harlaxton. Meyer mentioned quite a few necessities for surviving life at the Manor.

“Harlaxton packing essentials include some throw-away shower flip-flops because fungal diseases exist in the U.K. but flip-flops do not,” Meyer said.

He also recommended bringing hiking boots, as well as a travel-size blanket to make sleeping on trains, planes and in airports a little more bearable. Meyer also suggested documenting your trips in any way you can and taking trips on your own at least once.

“It’s more challenging, but it’s also the most rewarding.” he said.

On these trips, Meyer said to be mindful of packing light. More specifically, he said, everything you need for a weekend should fit in a backpack. He also said he learned to adapt to different cultures, even when it came to compromising a few things he loved.

“Iced coffee is not a thing [in England], and it was a rude awakening, let me tell you,” Meyer said.

Princeton sophomore Morgan Holt is currently studying abroad at Harlaxton. Holt said to make sure you’re comfortable while you travel.

“I would recommend bringing a pair of sneakers that go with anything and are comfortable,” Holt said. “I bought a pair of Adidas when I got here because my converse weren’t great walking shoes.”

Holt also suggested participating in the Meet-a-Family program, which allows Harlaxton students to get to know a British family during their time abroad.

“It’s worth it,” Holt said. “This is one way to get familiar with the local culture.”

She recommends organizing your weekend itinerary before you leave the manor.

“Take time before you go on a trip to plan things you want to do,” Holt said. “If you don’t do this, you will often find yourself just walking around. Remember to take advantage of new opportunities.”

So if you’re headed abroad next semester, there’s no need to stress. Plenty of students have come before and are eager to share their lessons learned. And one thing’s for sure: we’ll all make it through together. See you there!