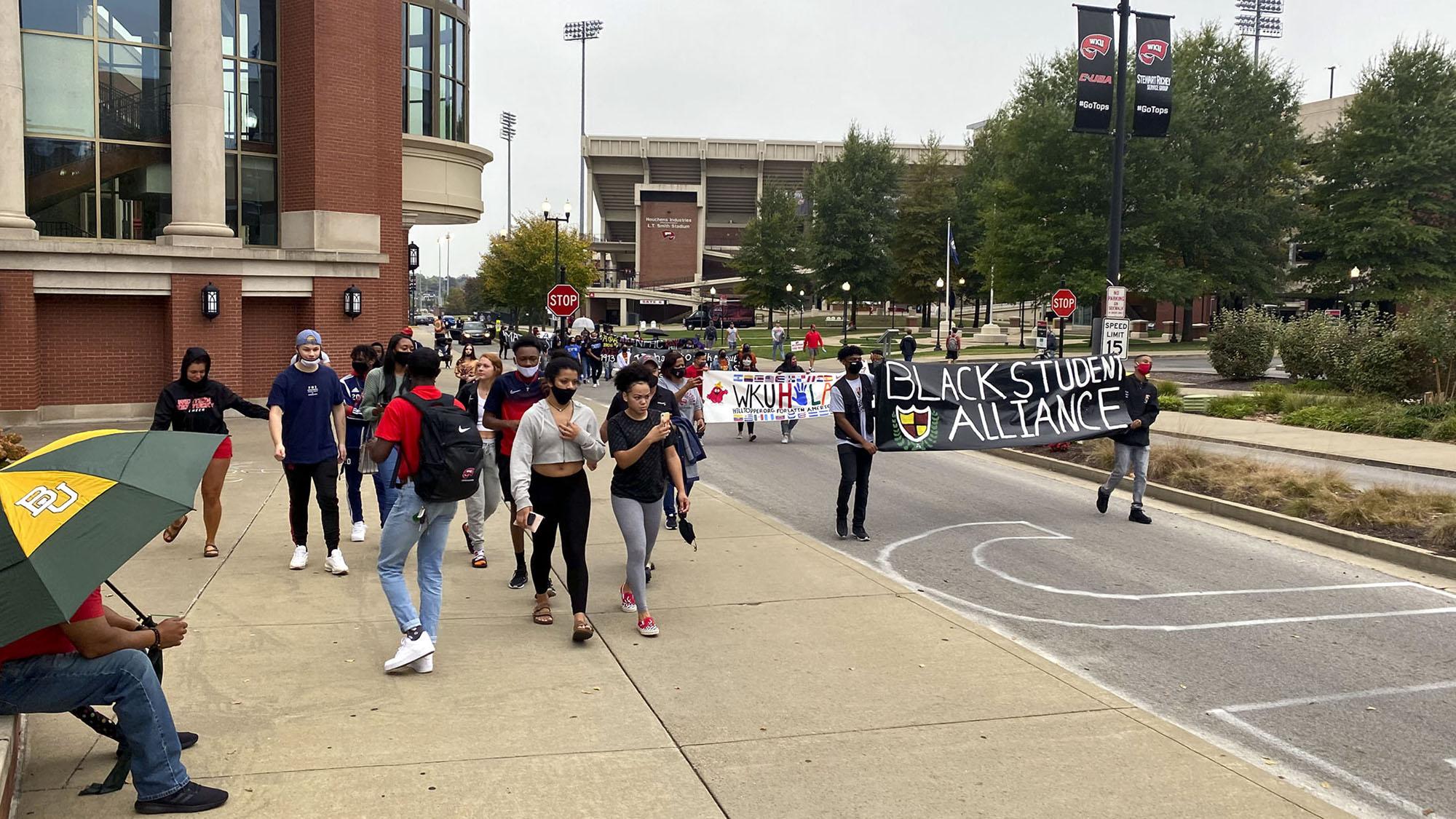 WKU’s Intercultural Student Engagement Center hosted their Homecoming Unity Parade on Oct. 9 with several minority organizations supporting the cause, including the Kaois Dance Team, Black Student Alliance, and more. The theme, “Look how far we’ve come,” was meant to highlight the struggles that minorities have to overcome. The parade was filled with candy and dancing, but still focused on the heavier subject at hand.

ISEC coordinator Tracy Scott, who is a Louisville senior studying journalism and African American studies, said she helped plan the unity parade, including coming up with the idea.

“We wanted to have this parade as a unity parade, but we also wanted to show that as a minority, we need support,” Scott said.

Scott also touched on the differences with Homecoming this year by having to follow the Healthy on the Hill guidelines for COVID-19.

“If we would have had a normal Homecoming parade, streets would have been filled with all types of people,” Scott said. “We need support just as much as anyone else, so it would be nice to have people come out and support us today. Regardless of the support, we’re still going to be here.”

Scott also mentioned that decreased support would not stop the organizations from fulfilling their purpose.

“We’re just going to do our thing and we’re going to amplify Black voices on campus,” Scott said.

De’Andre Bibb, a Louisville freshman studying broadcasting, said he has been attending ISEC events throughout the semester.

“A little progress each day adds up to big results,” Bibb said. “The goal of unity is something that takes a long process.”