On a warm Tuesday night in Cherry Hall, students filled the 80 padded seats and blue walls of room 125 to near capacity. Many clutched plastic cups of blue fruit punch and printed drafts of the work they’d prepared for the first Literary Open Mic Night of the semester.

As each reader approached the podium at the front of the room, they often introduced themselves by their year and major followed by expressions of nervousness or hesitation. Many said it was their first time participating in a poetry reading, while others approached the task with calm confidence.

The event was this year’s third Literary Open Mic Night, a series organized by Clarkson senior Adrian Sanders. Sanders, a creative writing major and English literature minor, said she was inspired to organize the series last September when she noticed there weren’t any open mic reading events on campus or elsewhere in Bowling Green.

“I thought it would be really fun to have an opportunity for students to read their work without it being a contest,” Sanders said.

Tuesday’s event featured 23 readers, including both undergraduate and graduate students along with creative writing professor Tom Hunley. Attendance hovered around 60 people throughout the night as students filtered in and out between performances.

Sanders opened the event with two of her own poems, “Portrait of Wisdom Teeth Surgery as a Day on the Lake” and “Portrait of My Grandparents.” 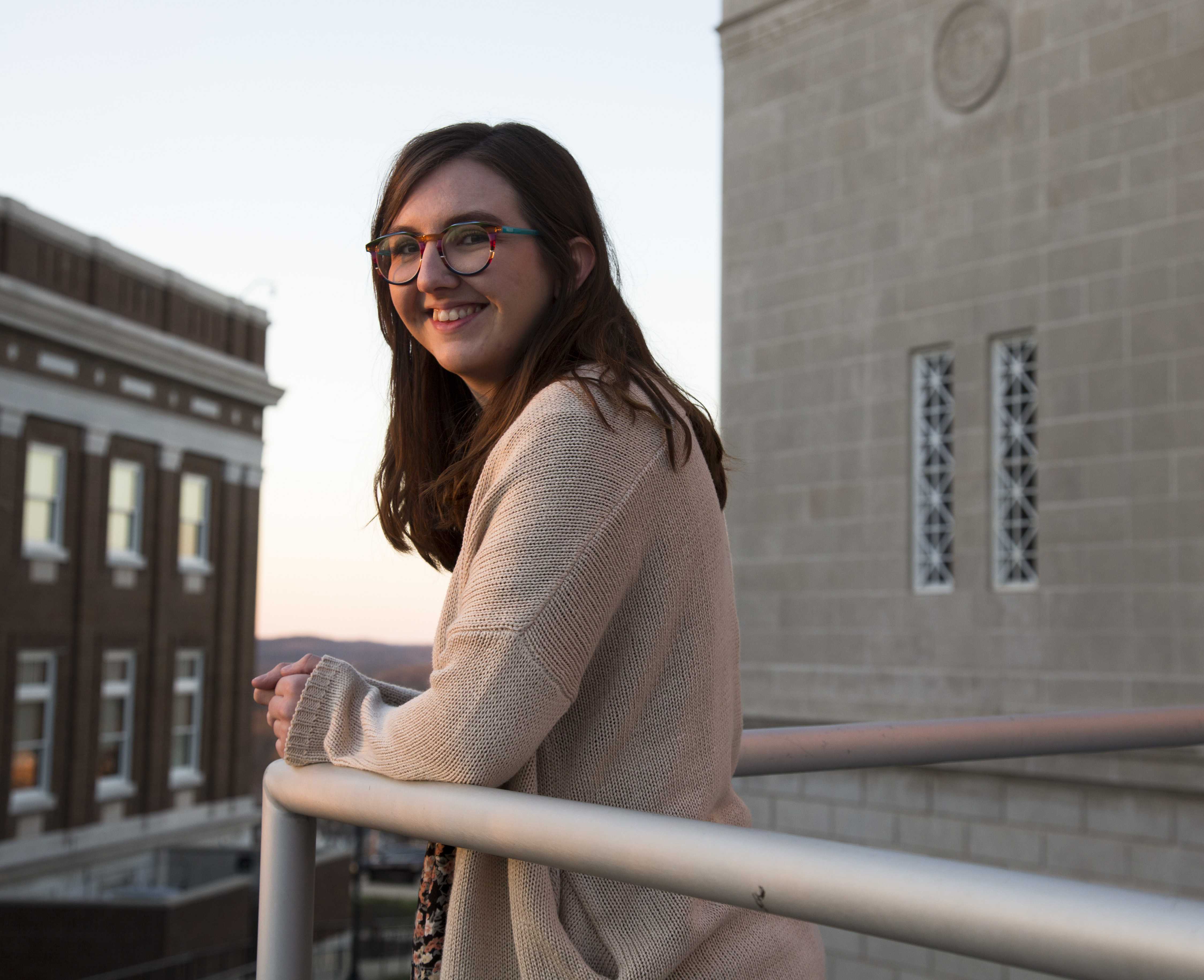 The first is a poem that compares the removal of her wisdom teeth to catching and gutting a fish. She described it as “real surreal, southern-type stuff.”

“I thought it would be interesting to juxtapose stuff from my childhood with a routine surgery,” she said.

Nashville junior Natalie Turner said she’s been writing poetry since the second grade at the prompting of her teacher. But, she said, the impulse to write has always come naturally for her. Though she’s also a visual artist and musician, she said she considers writing to be her main discipline. At Tuesday’s event, she shared two poems, “Wageking” and “Disrespectful Drab.” 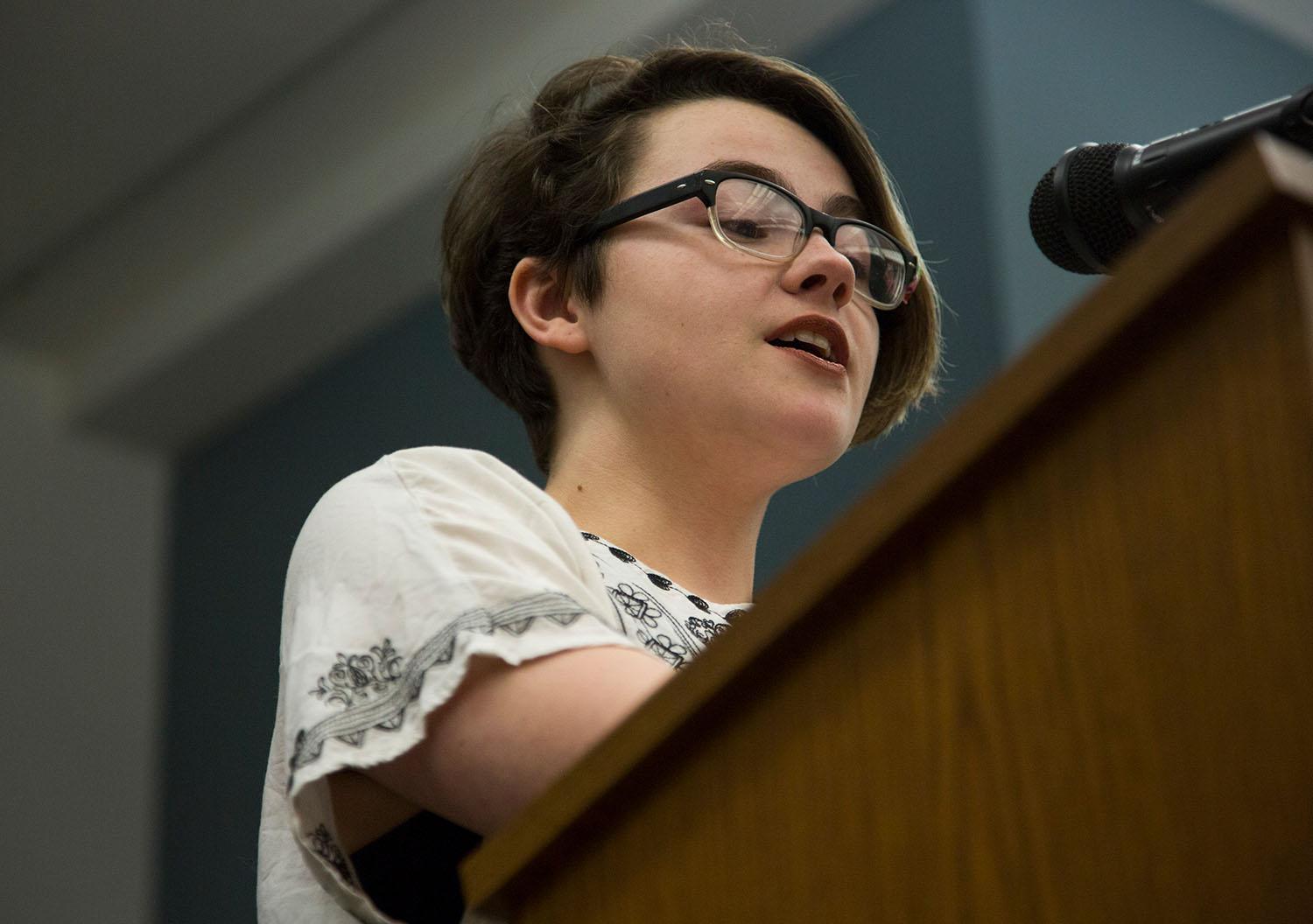 “Wageking” is a satirical, extended metaphor in which she compares her job at Krispy Kreme Donuts to being a noble at the head of a kingdom.

“I do have at least a passing interest in what I do at my job,” Turner said. “Decorating doughnuts and playing with sprinkles and stuff — I’m damn good at it — so this poem was kind of about my perverse sense of pride in performing a task delegated to me by an institution I find wholly dehumanizing.”

Her next poem, “Disrespectful Drab,” which she said was inspired by national tragedies, shifted to a more serious tone.

“I feel like there’s definitely something human missing from the way society processes disasters these days,” she said of the motivation for the poem.

Scottsville sophomore Emily Falica read her poem “When Did This Become OK?” about harassment she faced at speech and debate events in high school. 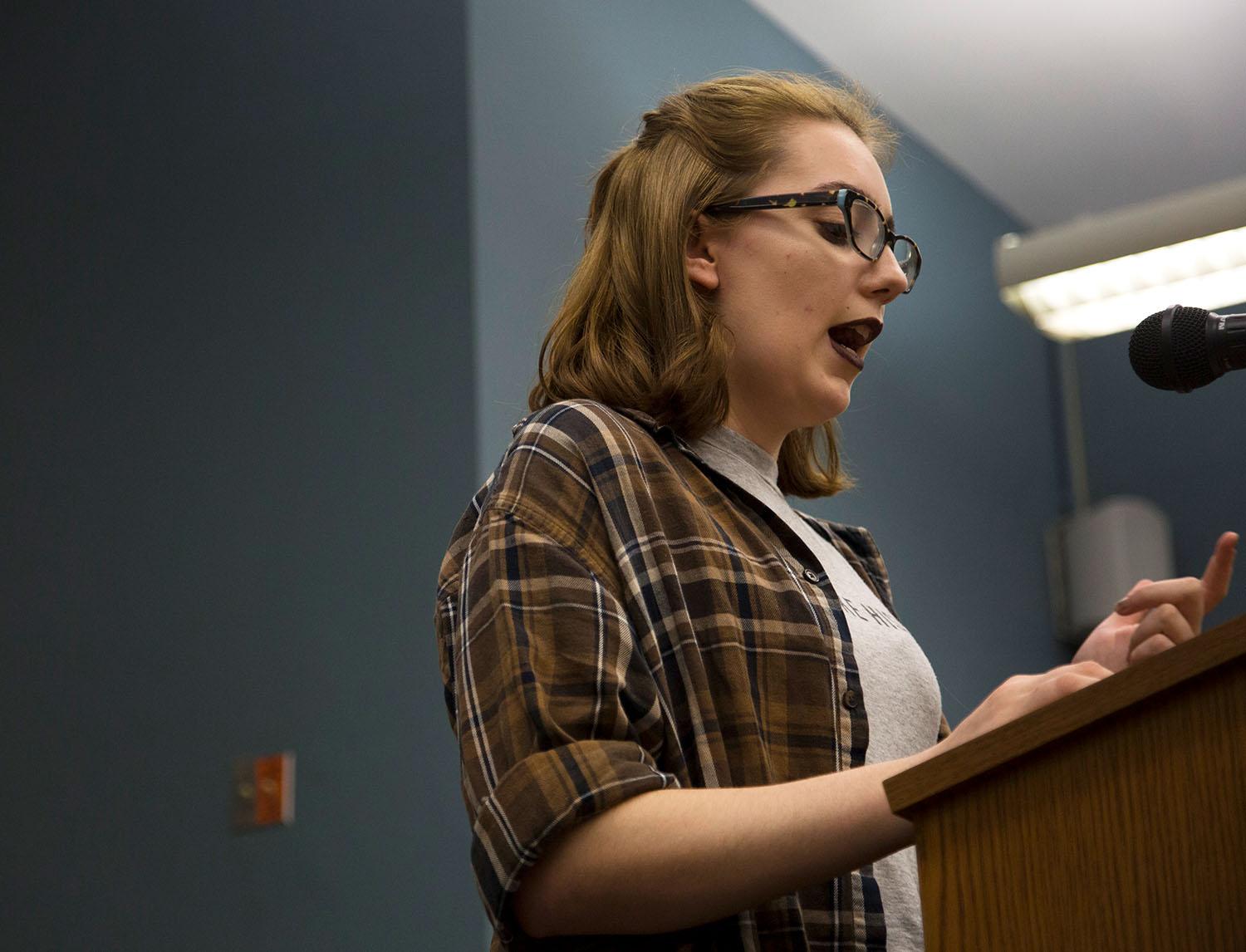 Falica, who is now a member of the WKU Forensics Team, said she wrote the piece in her history class a few weeks ago after being inspired by Halsey’s 2018 Women’s March speech.

Falica said she doesn’t usually share her poetry, but reading at the open mic made her feel free. She described the process of sharing writing with others as emotionally wrecking and powerful — a way to validate her own experiences and feelings.

“I would do it again,” Falica said. “I have so many word documents and journal entries.”

She said writing the poem has led her to write a piece of proposed legislation for the Kentucky High School Speech League in which she competed in high school.

Falica said she’s often been told that she’s more of a persuasive speaker than an emotional speaker. However, she said that recently she’s been experimenting with ways to combine the two to create her own style. She described it as combining her love of critical theory with prose.

“I talk like a critical theory textbook,” she said with a laugh.

Sanders said she thinks the supportive, creative environment of the open mic nights keeps people coming back. She said the event is open to any skill levels, any drafts and any genres.

She said she plans to host another event during April because it’s National Poetry Month.

“Even though the open mics aren’t centered around poetry, there is a lot of poetry being read and it’s fun to celebrate literary happenings,” she said.

Sanders said she was most surprised by the popularity of the events after attending various other readings and workshops with low attendance and participants who were hesitant to read their work.

“I didn’t expect it at all,” she said. “It made my heart happy to see how many people were excited about writing or hearing people read even if they didn’t read themselves.”