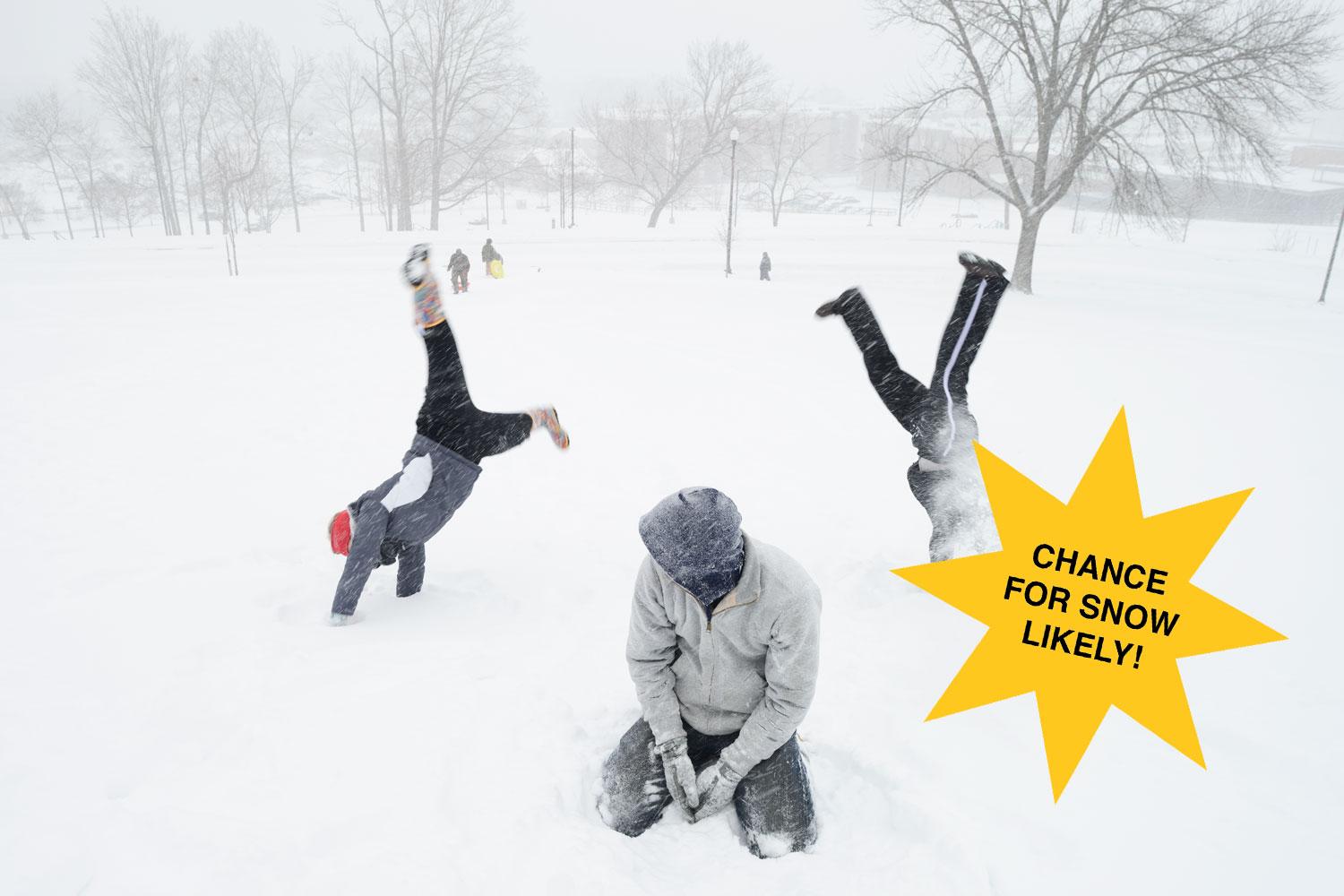 WKU could soon see its first snow day of the year, thanks to a project being developed under the leadership Bob Skipper, director of media relations.

According to a press release, Skipper’s been working with the department of engineering and the meteorology program for the past eight weeks to develop a snow machine capable of covering WKU’s campus in wintery precipitation, regardless of the temperature outside. On command, the machine is designed to create just enough snow and ice to warrant closures on WKU’s Bowling Green campus.

“The goal is simple,” Skipper said. “We don’t want conditions to become dangerous. We just want to create enough precipitation to give our students a day off. They deserve it.”

The Bowling Green area and much of the southeastern United States experienced an unseasonably warm winter this year, with temperatures often in the 50s-60s throughout February. Because of this, there have been no campus closures or delays due to inclement weather this semester — a quite shocking shift from the past several years.

As director of media relations, Skipper is responsible for communicating university closures with the campus community. These messages are often met with joy from students, who then bolster Skipper’s reputation on social media.

My boy Bob “The Snowman” Skipper aka Skippa Da Flippa coming thru yet again! #WKU #HeGotTheJuiceNow

Skipper said he’s missed this kind of appreciation, adoration and admiration from students this semester.

“You know, it’s like one year you’re a superhero, canceling class left and right — everybody loves you,” Skipper said, tears welling up in his eyes. “And then the next year, they forget about you. Instead of sending emails about the next snowpocalypse, you’re sending emails about campus-wide fire drills. Your popularity starts to wane, and you start to wonder what you can do to get it back.”

He said he hopes by creating a snow day, he’ll regain some of his popularity.

Skipper’s inspiration for the project came from “The Christmas Gift,” a 2000 Disney Channel original movie that he caught on a rerun over winter break. The film focuses on two girls who steal a weather machine from Santa Claus and use it to create a blizzard in Los Angeles.