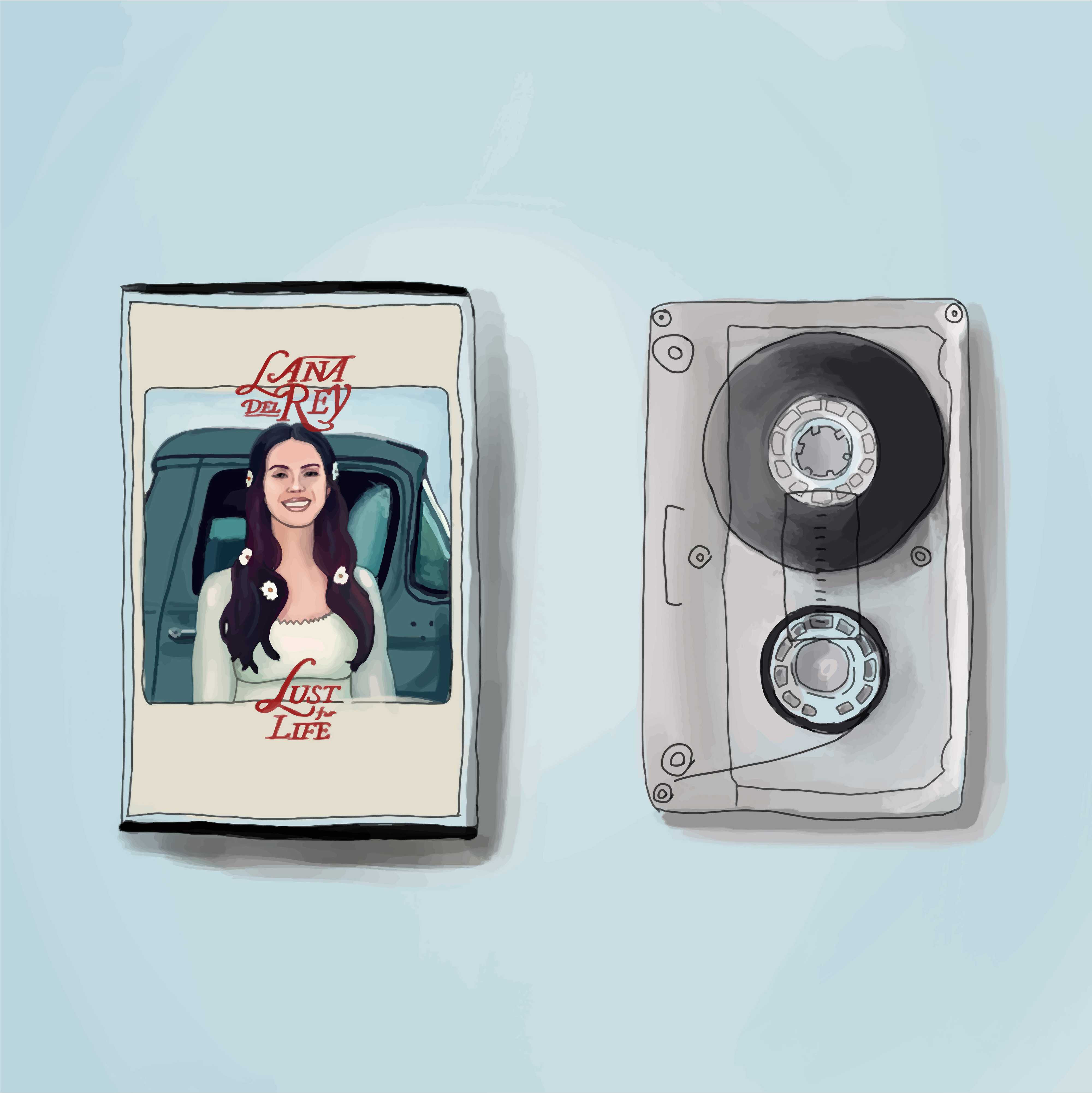 I tend to be about eight months behind music trends, so this December I lent my ear to Lana Del Rey’s new(ish) album “Lust For Life” for the first time. The first track, “Love,” made me pause Spotify and think for a while.

Lana was always the cool kid, exuding such effortless sex and beauty that you were almost afraid to look at her, the kind of girl that John Cusack would pine for in a John Hughes film where the emotional climax is her being teary-eyed about how terrible her life really is behind the glamour. Even in her voice, she whispers — never moving her mouth enough to enunciate, almost as though her tongue was too precious to be used for anything but deep kisses.

Of course, her singing style is core to her image, because the kind of beauty Lana sells requires perfection and needs none of the earnestness that imperfection engenders. The only way to be as pristine and beautiful as Lana is to be not much of anything at all.

In “Love,” Lana is, perhaps for the first time, not the protagonist of her reverie on the pleasure and freedom of youth; rather, she is addressing the people who are now in the position she once was, “young and in love.” Lana has ascended to another plane, where she feels as though she can give out platitudinous advice to these kids who, she insinuates, could be burdened by their limitless beauty and freedom.

“I know, it’s enough just to make you go crazy … it’s enough to be young and in love,” she sings.

Lana has become a sleeper gay icon, beloved by a subsection of the gay male community with distinctive enough common traits that the descriptor “Lana gay” or variations thereof can conjure up a specific personality type, or recollections of that one guy you dated in the summer of 2014 who wore flower crowns and drank blue vodka at basement parties.

I am 19 and gay, and I have always felt somewhere between casual amusement and mere toleration about Lana’s music. She looms on the outskirts of my tastes, appearing in some stan Twitter hole I fall into or being covered by Radiator Hospital on some random “Lo-fi does Top 40” compilation. I have met Lana gays; I have kissed them; I have deeply envied the delicateness they are able to portray when we are all lusty and looking to head upstairs with the person we’ll least regret waking up next to in the morning.

Like many queer people from suburbia, I’ve never been close enough to anyone to have a cadre of friends to drive off into the night with. My escapades are limited to being the plus-one at various house parties, trying to telepathically locate someone who would be willing to sleep with me at the end of the night. But Lana universalizes her experiences and her advice in such a way that it makes me question my own reality.

Likely, I have yet to be in love — was I never young?

So, I am puzzled by her popularity among gay men. Perhaps others can suspend their disbelief and find new selves in her weightless beauty. Perhaps some really can escape into that world and break the chains of heterosexism and homophobia with the power of whispered lyrics and unbridled sensuality. Perhaps, in a world where queer people have had only aesthetics to find each other and express themselves, some of us naturally appreciate her carefully constructed look. But for me, I think, her lust for life will always elude me, as I am held down by the realities of myself.