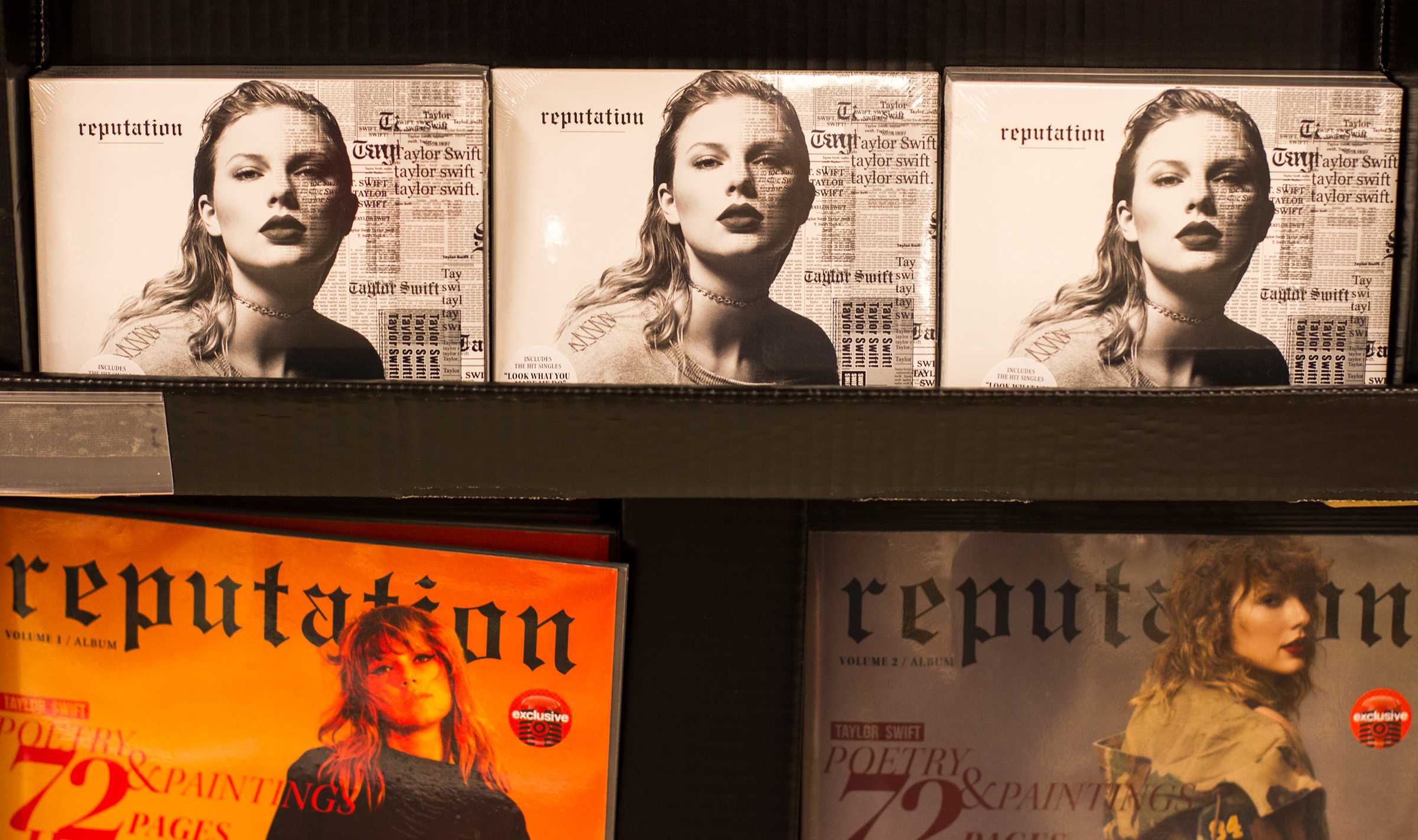 I always have been and always will be a hardcore Taylor Swift fan.

Like, at age 12 I rewrote the lyrics of “Teardrops on My Guitar” as “Teardrops on My Flute” because it reminded me so much of my sixth-grade crush. Taylor understands me in a way other people just don’t. She’s gotten me through falling in love, falling out of love and heartbreak. Taylor has been good about releasing a new album every two years, so having to wait an extra year for “Reputation” was, quite literally, agonizing.

And I haven’t stopped crying or talking about it since.

I can admit that I’ve got a biased love for Taylor, but I can also distance myself enough to admit that she’s kind of #problematic and also so I can objectively judge “Reputation.” The album isn’t perfect. For example, the “I don’t care what anyone thinks” attitude gets a little tired. But overall, this album is a vulnerable showcase of the range of emotions Taylor has experienced in the past year, and there are truly no holds barred.

“… Ready For It?” isn’t so much an album opener as it is a question for the listeners asking if we really are ready for the ride “Reputation” is about to take us on. This album can be categorized by the theme of passion which manifests itself in two ways: revenge and love with a lurking thread of raw emotion woven into the album.

Beneath Taylor’s words about love and vengeance, there is also clear evidence of the emotional toll this past year has taken. “Delicate” finds Taylor making the self-deprecating statement, “My reputation’s never been worse, so you must like me for me.”

Taylor’s music has never shied away from songs about payback and revenge. Just look at “Picture To Burn” from her first album and “Better Than Revenge” from “Speak Now.” “Reputation’s“ revenge songs are different, though. In each of these songs, Taylor has felt that her anger was justified. It’s only on “Reputation” that we see a side of her that has zero regrets about what she’s done because she can’t win either way.

On “I Did Something Bad,” she says “they’re burning all the witches even if you aren’t one / so light me up.” Taylor isn’t giving up or surrendering; she’s merely becoming what everyone is accusing her of being.

But really, this isn’t who Taylor is. This is all just a public persona. She has taken control of who we perceive her to be and has decided that we don’t have the right to know who she really is. And quite frankly, given the year she’s had of public relations nightmares and her mother’s cancer diagnosis, she has every right to do this.

If the media thinks that Taylor is a snake who can’t be trusted, then that is exactly who she is going to be in the public eye. But when you strip “Reputation” down to its bones, it’s the voice of a young woman who is tired of being told who she is and who is scared that this persona that has been created by the media is going to affect any chance she has at love.

Despite the themes of revenge and anger, Taylor still weaves enough genuine emotion and vulnerability into “Reputation” for it to be classified as one of her most vulnerable albums.

“Delicate,” “King of My Heart” and “New Year’s Day” all reflect raw honesty about fears of falling in love and the relationship going up in smoke. As an acoustic album closer, “New Year’s Day” is most reminiscent of Taylor’s earlier sound. The song pleads, “hold onto the memories / they will hold onto you.”

The memory of the Taylor Swift at the beginning of her career will forever be in the hearts of people like myself who have been fans since 2006. And if this song is to be believed, Taylor will always be holding onto those memories, too. Maybe the old Taylor isn’t as dead after all.