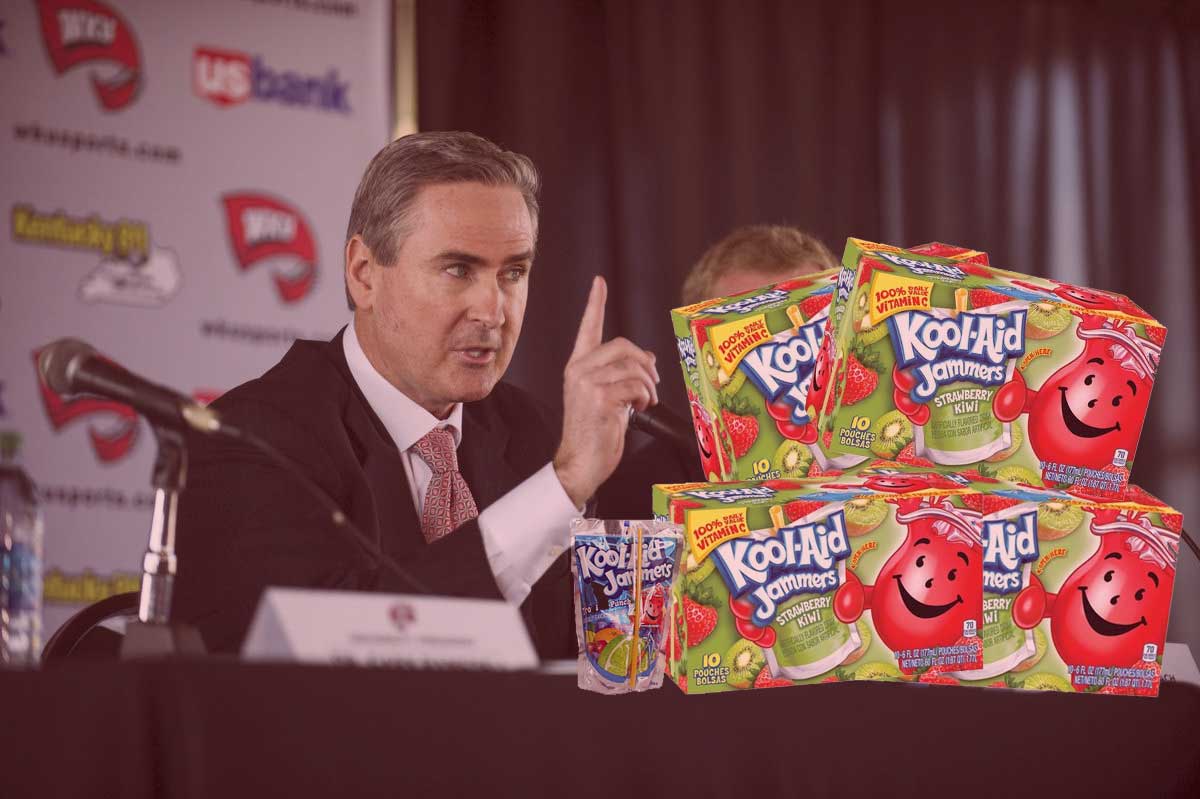 WKU’s new men’s basketball coach, Rick Stansbury, showed up to his first practice with the team carrying a cooler full of Kool-Aid Jammers and a grocery bag full of Fruit Roll-Ups. He wore a white T-shirt that read “#Selfie” across the front and YEEZY sneakers on his feet.

“I just want the boys to think I’m cool, you know?” he said.

Stansbury was seen after practice insisting that each player fist bump him on their way out of the gym. He wiggled his fingers and made a little sizzling sound after each bump.

“I mean, yeah I guess the new coach is pretty cool,” said Louisville senior Aaron Cosby. “He’s scheduling all of our practices using Facebook Events. Which is kind of weird, because we follow the same schedule every week, and he’s making a new event page for each one.”

“I know, I know,” he said. “Four back tattoos in one weekend seems excessive. But you should see where my Mississippi State ones are.”