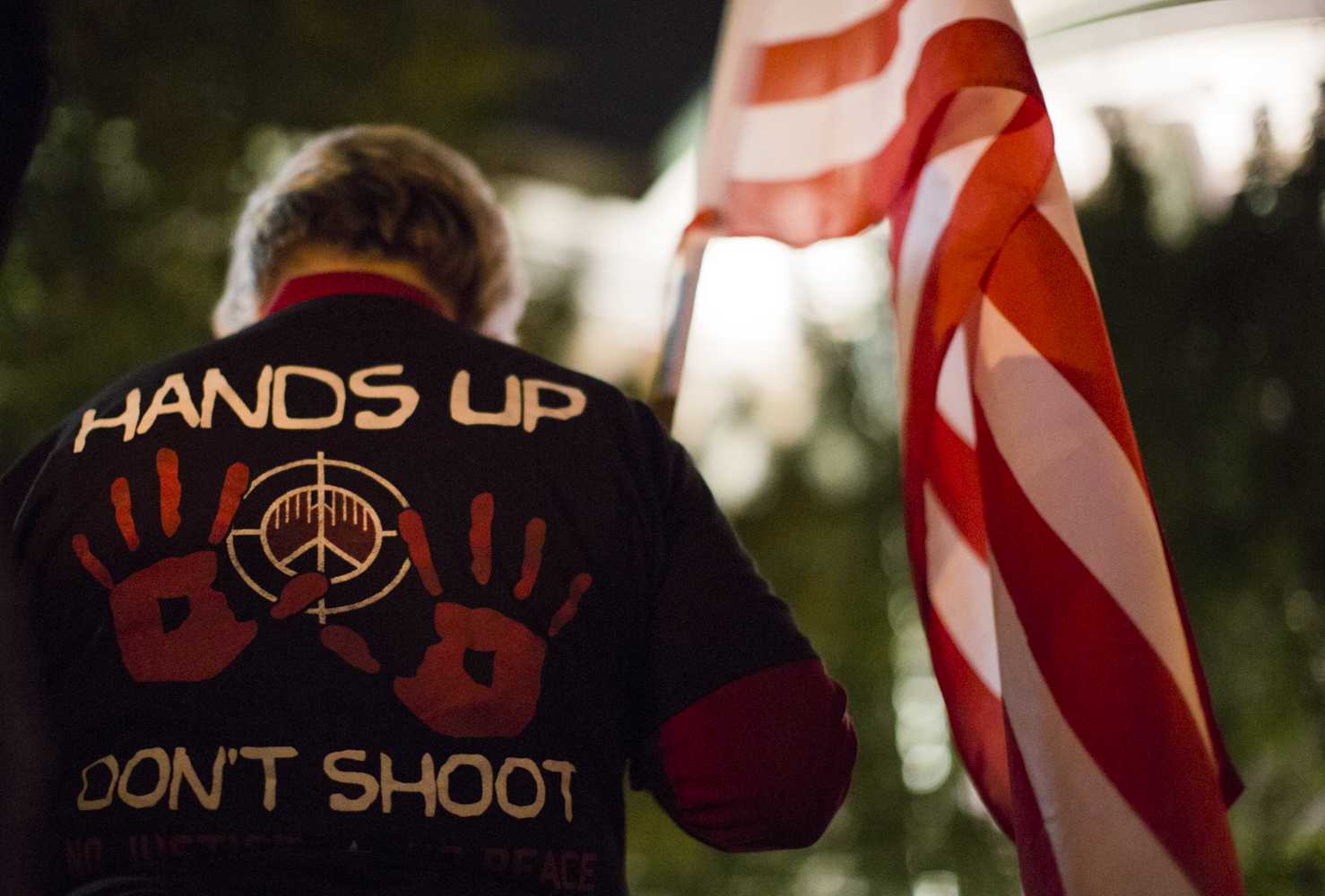 Under bright, white street lamps in the dark of night, a woman held a sign reading “All lives matter when black lives matter” in front of the Warren County Justice Center. She also held a flagpole bearing the Stars and Stripes, but the stars were organized into a peace sign. The flag billowed slightly on the fringe of a group of people waiting to light the candles that were in their hands.

They were gathered for a candlelight vigil — one of the first events for the Bowling Green chapter of Black Lives Matter, the international social justice organization advocating against the issues of systemic racism. The vigil was held specifically to remember “those whose lives were taken as a result of unfounded fear and ignorance,” according to its Facebook event page.

Shortly after a member of Black Lives Matter asked for a moment of silence at the vigil, members of the crowd began to speak the names of the deceased. “Mike Brown. Alton Sterling. Tamir Rice …” The list continued.

One attendee, however, called for “no more hashtags.”

Lydia Billion, political liaison of the Bowling Green chapter, said that the purpose of the event was to create a sense of solidarity for people who felt affected by the shootings.

“It’s somewhere to go where you can be around like-minded people,” Billion said. “Everyone here has the same goal for justice, and for peace … We are a community, and we’re here.”

Following the event, the attendants broke up into small groups and huddled to talk in Bowling Green’s chilly September air. Many hugs were exchanged. Some tears were even shed.

Founding members of the Bowling Green chapter of Black Lives Matter spoke at the event, as did some non-members who still wanted to show their support for the local movement.

Briana Phillips, a senior from Bowling Green, said that she wanted to show the support of her organization, Southern Kentucky Riot Grrrls, by speaking at the event.

“We came here, me and the other founder, came here tonight to support Black Lives Matter because our group in every way possible tries to be intersectional with every issue that hinders our marginalized groups in our community,” she said.

Phillips shared a quote from Audre Lorde’s The Black Unicorn:

“and when we speak we are afraid

our words will not be heard

but when we are silent

we are still afraid

So it is better to speak

we were never meant to survive.”

The candlelight vigil was also intended to raise community awareness for the Bowling Green chapter.

Veronica Reed, a founding member of the local chapter, said the long-term goals of the organization are to bring education and awareness to Bowling Green’s diverse population.