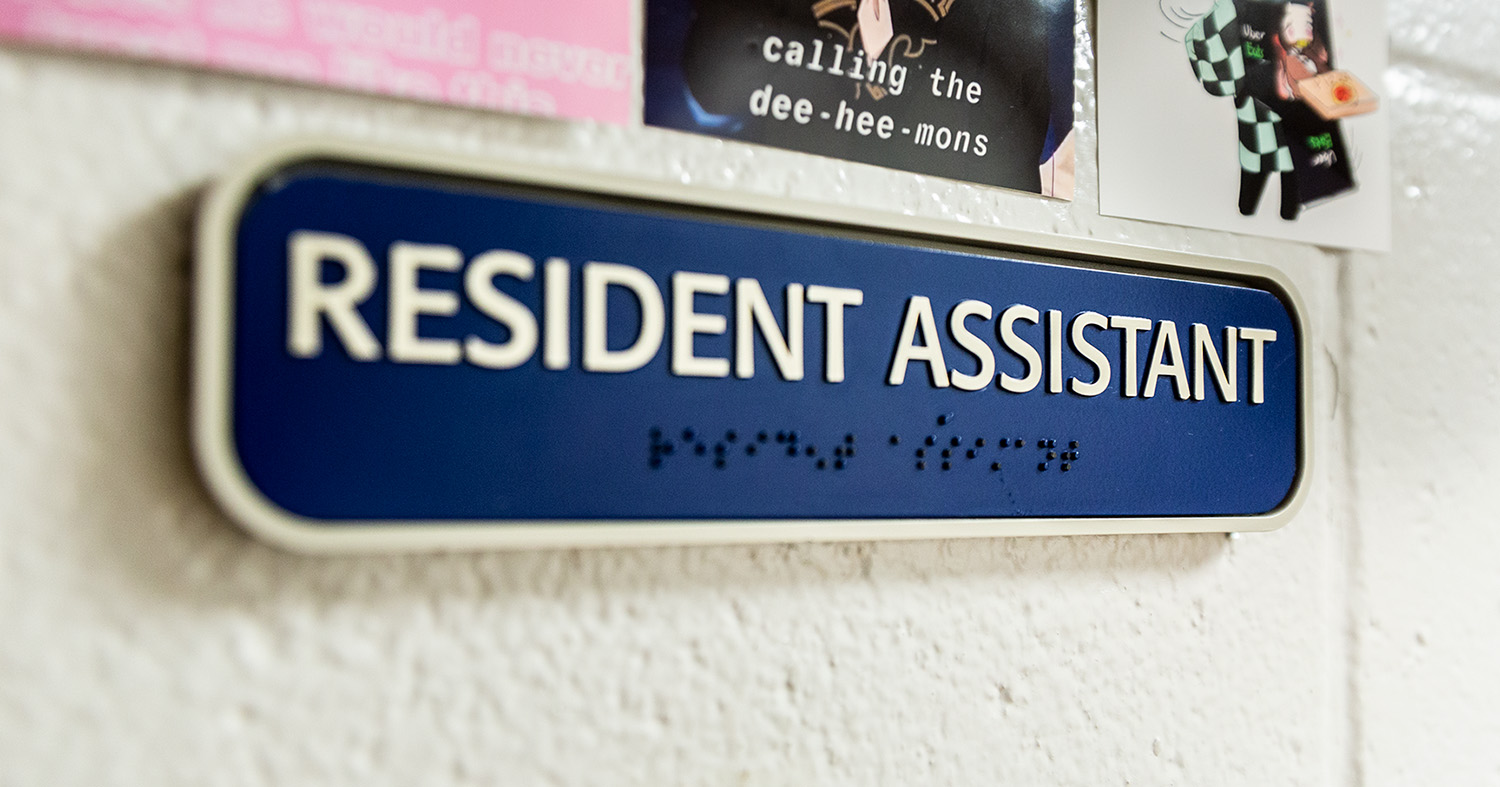 Dana Money said she loved being an RA. “I loved my residents they were amazing," she said. She hopes to keep in touch with a few of them after she moves out of Peace-Ford Tower. (Photos by Rhiannon Johnston)

Editor’s Note: This story was updated to reflect changes in Housing and Residence Life procedures.

Resident assistants at WKU have raised concerns about what they believe is unfair treatment from Housing and Residence Life. Some of these concerns include housing discounts, overworking and taking on extra, unpaid hours.

Dana Money, a junior from North Vernon, Indiana, took a job as an RA in Pearce-Ford Tower to build her resume before resigning in October.

Money said she was excited for the learning and growth opportunities she was promised. She said after starting the job, there weren’t any opportunities to expand her leadership skills.

Money said she felt unprepared to handle disputes among residents, something she thought HRL would provide her training for.

“I expected more seminars and skill building opportunities, but it’s really just been them throwing things at us, and we have to go fix it,” Money said about HRL staffers.

Before resigning, this was Money’s second semester being an RA. She said during her first semester everyone was treated equally, but this semester has been different.

“I feel like there’s been a target on my back,” she said. “People in higher positions have been abusing their power.”

Money said some community advisors have been penalizing people for things that they were not penalized for in the past, such as being on their phones while working the desk.

An RA in Hilltopper Hall who spoke anonymously because they were concerned about retribution from HRL staff, said they were excited to make new friends with the RAs in their building. However, they were disappointed when they weren’t allowed to choose the building they would work in.

They said that after students apply to become an RA, all the hall directors get together and pick the names they want for each building.

WKU offers RAs a $1,600 discount on their housing fees, regardless of the cost of the residence hall they live in, each semester.

“People say it wouldn’t be fair for the people who are RAs in nicer dorms to get free housing, but we don’t get to pick our housing, so it isn’t fair that we in Hilltopper still have to pay $2,000 while everyone else only has to pay around $500,” they said.

Melanie Collins, a junior RA in Pearce-Ford Tower from Carlisle, said she believes free housing is a benefit that RAs should receive.

Collins said that she was told RAs can’t get free housing by HRL because they would still have to pay taxes on their room, however, she does not understand that point because other universities in Kentucky give RAs free housing.

“I don’t need anything else. I just want free housing and an increased hourly wage,” she said.

HRL hosted a town hall meeting on Tuesday, Sept. 27 and announced that RAs’ weekly hours would increase from 25 to 29 to compensate for extra desk shifts they have to pick up when on call. The change was implemented immediately.

On-call hours require two RAs to stay in the building over the weekend to respond to incidents or pick up desk shifts.

Blair Jensen, the associate director for HRL, said via email that the main purpose of the meeting was to present details of the department’s plans and timeline, as well as address questions from students.

“Those in attendance expressed gratitude for the opportunity to exercise their voices and pose questions,” Jensen said. “The meeting resulted in the development of a common purpose and shared goals for the study.”

Jensen said HRL is currently engaging in a thorough evaluation of the department’s student staff structure and compensation. She said the evaluation included a survey of current student employee engagement and satisfaction, and results are currently being collected and analyzed.

“WKU Housing & Residence Life is committed to providing a compensation package that both attracts and rewards student employees,” Jensen said.  “We value our student staff members and want to engage them in employment opportunities that enrich their college experience and prepare them for the workforce post-graduation.”

RAs are paid a base wage of $7.40 and are guaranteed 15 hours of work with the ability to pick up additional shifts, according to the WKU website.

The anonymous source said that at the beginning of this semester, when a desk assistant missed their shift and RAs were on call, the RAs had to work those shifts with no pay. They said they also believe they should be paid more for the work RAs do.

The anonymous source said one night they were on call and all of the desk assistants had called out, leaving them and another RA to work 8 p.m. to noon with no extra pay.

However, as of Wednesday, Sept. 21, RAs are paid hour for hour for the desk shifts they work, according to Jensen.

Like the anonymous source, Money said RAs only getting paid $7.40 an hour to work at the desk is not sustainable.

“When working at the desk, we can’t be caught on our phones or doing electronic homework, or we’ll get written up,” Money said. “If my residents have an emergency, have a question or need me to call emergency maintenance I can’t do anything, or I’ll get written up for being on my phone.”

Collins said RAs are not paid enough and that she has had to take time in the middle of her classes to respond to issues related to her job.

“We’re expected to be mentors, therapists and a mothering role to our residents,” she said. “We have to wear a lot of hats, and I don’t think we’re paid well enough for all the hats we wear.”

Collins said it isn’t fair for students to have to respond to situations they aren’t necessarily qualified to deal with while making minimum wage.

The anonymous source said they regret taking their position as an RA because the job has become all consuming.

“I wasn’t under the impression that this job would become my entire life,” they said.

Jensen said HRL has been aware of the RAs’ concerns and had already planned to re-evaluate its staff structure and compensation.

“We believe their concerns are well-founded and want to work alongside them to implement sustainable changes to the current compensation package,” Jensen said.

Money said she regretted returning to the job before resigning because this semester is so different compared to her previous semester. She said her last semester as an RA everyone was treated equally, but since coming back she has felt that there is a target on her back.

Money said that as an RA she worked a position the university considers crucial.

“I should not have to pay them to be that critical link in what they want to provide,” Money said about her time as an RA.