Reaching for the bottle: A look at sleep-inducing drugs and supplements

In the middle of the semester, responsibilities seem to pile up. Going from classes to meetings to homework can ruin sleep schedules. According to the University of Georgia Health Center, college students get an average of six to six and a half hours of sleep per night. The Journal of the National Sleep Foundation claims that 70% to 96% of college students get less than the recommended eight hours of sleep per night.

For some, taking a drug or supplement can be a quick solution.

There are a few different types of drugs and supplements popularly used to facilitate sleep. One drug used for sleep may be alcohol: about 20% of Americans use alcohol, particularly wine, to fall asleep, but drinking before bed could be particularly harmful because it interrupts the body’s circadian rhythm by making “you more likely to wake up before you’re truly rested,” according to the National Sleep Foundation.

Sleeping pills are another common method to induce sleep —  In a 2010 study by the Center for Disease Control and Prevention, 4% of Americans over the age of 20 admitted to using sleep aids in the previous month.

“Taking sleeping pills too often is problematic because over time you have to take more in order to fall asleep, and that becomes a huge problem because you do become physically dependent or rely on the sleeping pill to induce sleep,” said Jenni Teeters, a clinical psychologist and associate professor in psychological sciences at WKU. “A lot of people will try to go off sleeping pills and have worse insomnia than before.”

Some people may use nighttime cold, flu or pain medicines, such as NyQuil or Tylenol PM, to induce sleep despite not experiencing symptoms. Such antihistamine-containing medicines should only be for short-term use since they are not FDA-approved for treating insomnia, according to the National Center for Biotechnology Information.

“It’s hard for me to fall asleep at night,” Deweese said. “I wake up a lot and can’t fall back asleep, so (Tylenol PM) helps.”

Some people reach for supplements that aid the production of melatonin, a naturally-occurring hormone that regulates sleep and wake cycles. 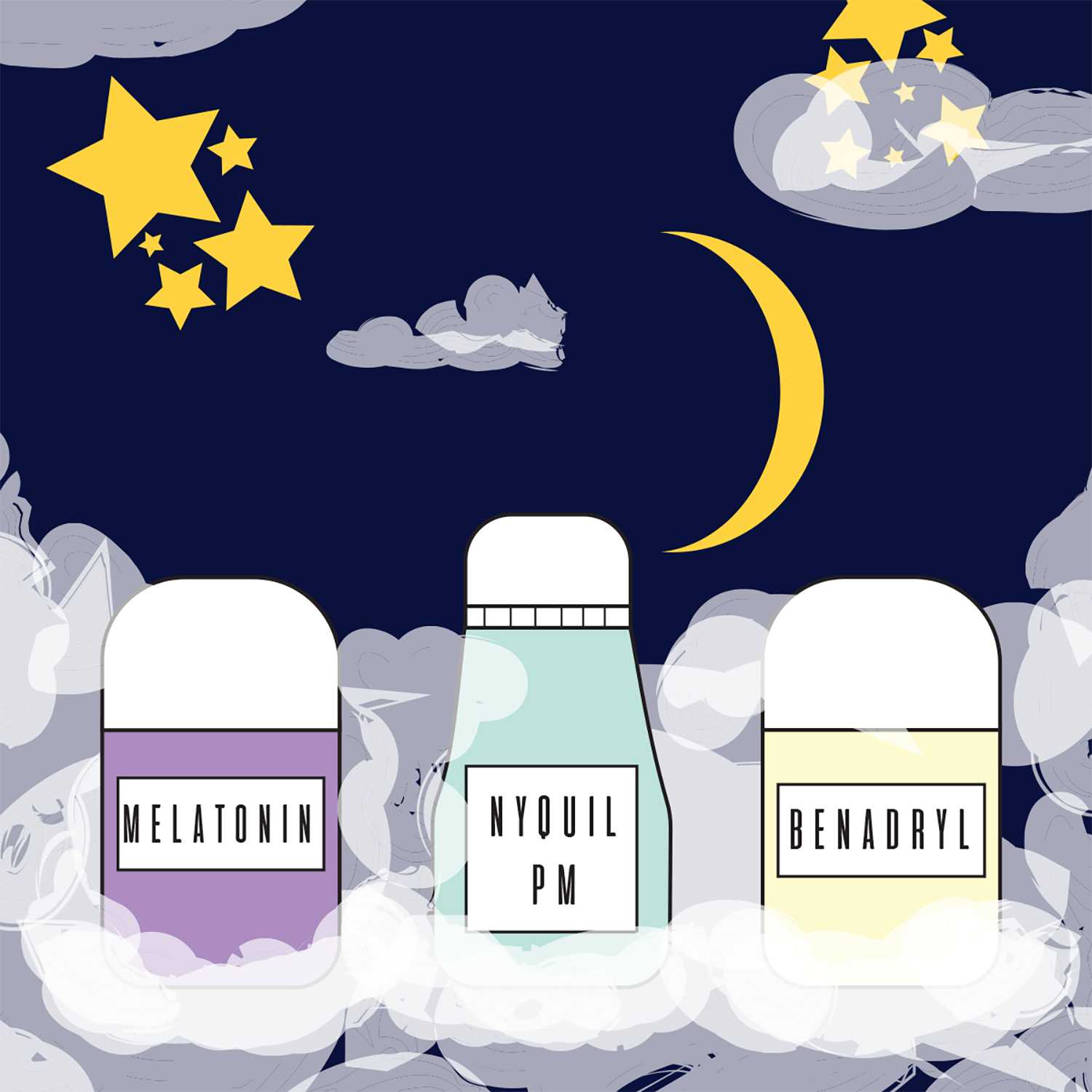 Louisville senior Ashley Prince takes melatonin supplements at the recommended dose of three to four nights a week to help her go to bed earlier, resulting in her feeling more awake during the day.

“It’s helped me prepare for the next day and feel more refreshed on the days I have school,” Prince said. “I definitely would stay up much later if I didn’t take it.”

As someone who has suffered from insomnia since his early high school days, Louisville junior Jacob Young takes melatonin supplements two to three nights a week.

“It’s been a very useful tool for managing to stay active in my responsibilities in my daily life,” Young said.

The use of drugs or supplements to promote sleep doesn’t come without potential negative side effects, however. Teeters warns college students in particular of the consequences from taking drugs with alcohol, whether it is conscious or not.

“Huge gaps in memory or things like sleepwalking, sleep-eating or doing things in your sleep that you have no memory of the next day is something that can be common with taking a higher dose of a sleeping pill,” Teeters said. “By mixing alcohol with a sleeping pill there can be blackouts basically, especially if someone takes a higher dose.”

Supplements and drugs bottles can have warning labels detailing the side effects and recommending the length of the usage period. This varies between brands and dose sizes, but Teeters warned that two consecutive weeks is usually the maximum usage period before melatonin starts interrupting the body’s natural cycle.

“Even natural supplements like melatonin have a warning on the label so that people’s bodies don’t start to become used to having that every single night before they fall asleep,” Teeters said.

Being aware of potential side effects and following the instructions on the bottle are important to live a healthy lifestyle, Young said.

“I do know of the side effects, but I personally haven’t been affected by them,” Young said. “I’m a firm believer that using medication at proper dosage is an important part of being healthy, and sometimes with psychoactive things, that means managing side effects.” 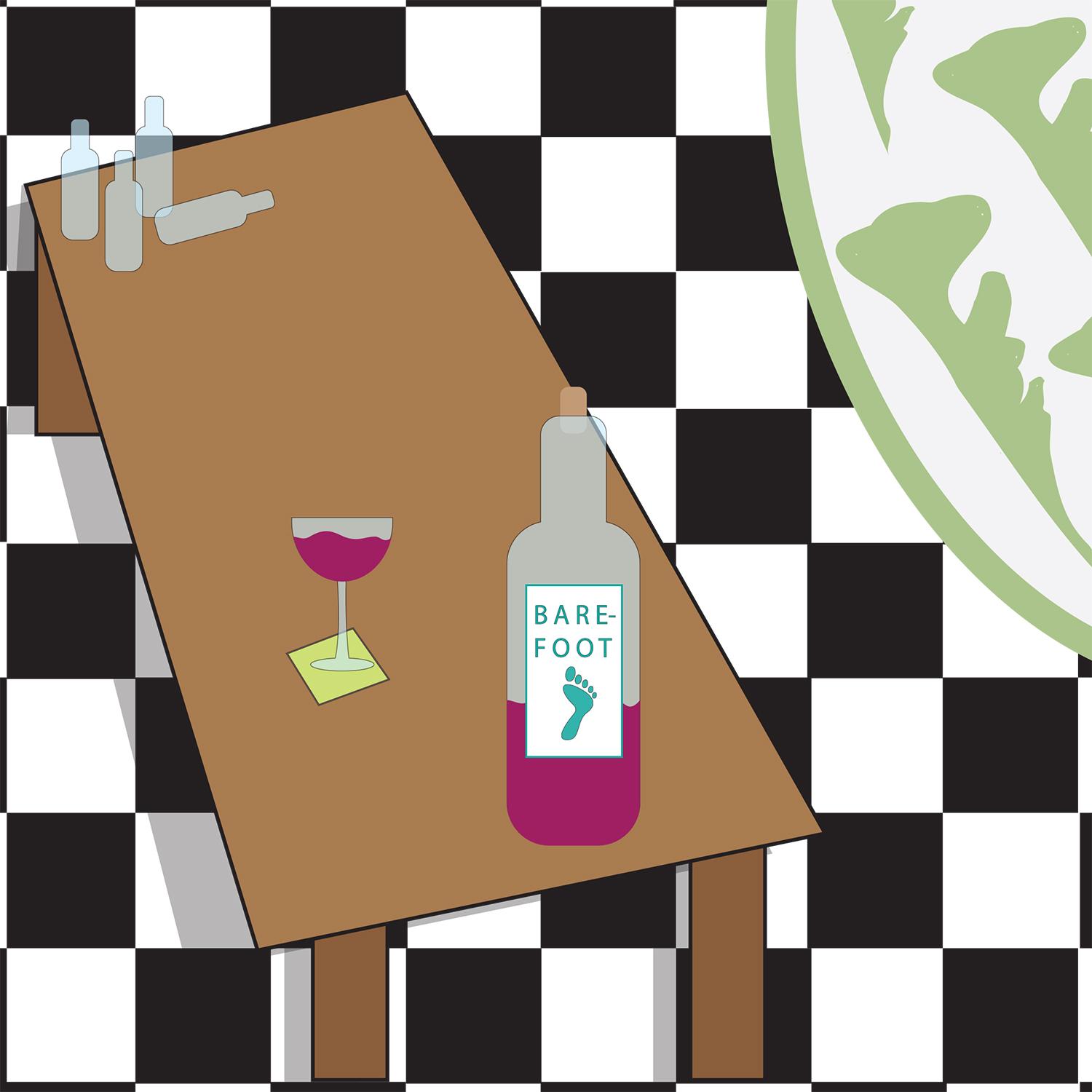 There are a few reasons why college students may find it difficult to fall asleep, including technology use, the environment and operating on inconsistent schedules.

Technology complicates sleep because of the blue light emitted by screens, according to the National Sleep Foundation. This light may suppress the body’s production of melatonin and complicate the sleep/wake schedule. Putting the cell phone away and turning off Netflix earlier before bedtime can help.

“Not being on your cell phone or any kind of device that emits light before bed, or even having a TV on, is important,” Teeters said.

Sleeping environments  also can impact the amount and quality of sleep students get on a regular basis, especially when factoring in limited space or roommates.

“If you’re living in a dorm setting, or even an apartment setting, you might be using your bed to study,” Teeters said. “Your body gets conditioned to doing everything in bed and you might even start to associate trying to be alert with being in bed.”

Inconsistent sleep schedules can also cause a sleep deficit for students and motivate them to take supplements to make up for such disruption. According to a 2015 study by the Journal of the National Sleep Foundation, “all-nighters” are common for students, and that some academic majors, like art and architecture, may even sleep worse.

Teeters said that cognitive behavioral therapy, which she is trained in, can be used to treat insomnia.

One of the things we go through at the beginning of that treatment is something called sleep hygiene,” she said. “One the biggest things is going to bed at the exact same time every night.”