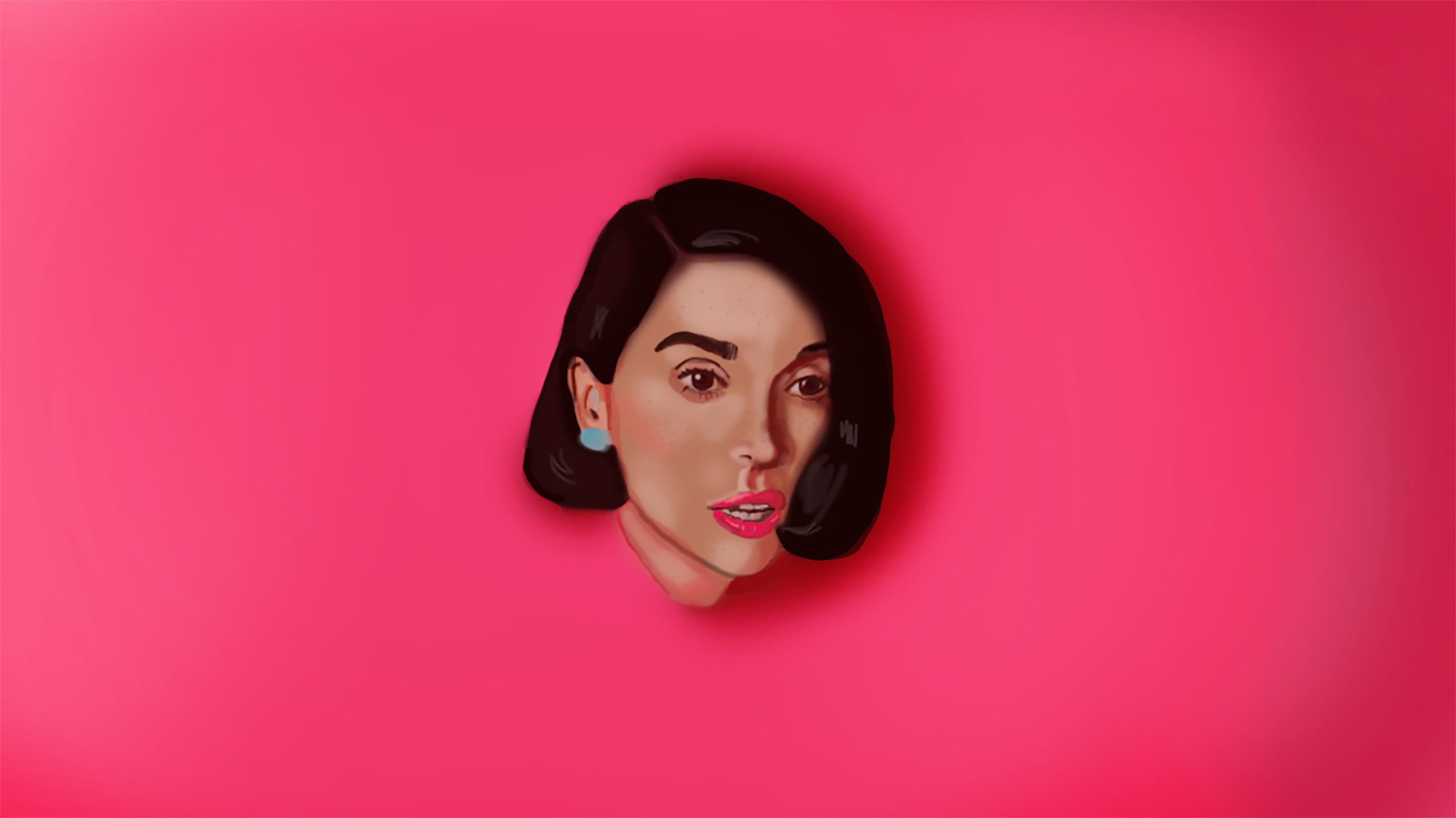 “Buy a watch,” a disgruntled old man muttered to me as Dillon and I scooted past him into row M of the Kentucky Center for the Performing Arts 15 minutes past 8 p.m. on the evening of Tuesday, Nov. 21.

Dillon McCormick (a friend and fellow Talisman writer) and I mistook the 8 p.m. start time listed on the tickets as when the doors would open; the ticket, after all, had listed “8-10:30 p.m.” as the show’s runtime with no mention of an opener.

“I hope it doesn’t start at eight,” I said nervously beforehand as we walked to the theater. “I don’t wanna miss the part where we see her for the first time and my soul is snatched from my body like in the live action Scooby Doo movie.”

I’d seen Annie Clark perform under her stage name, St. Vincent, once before in Indianapolis during her 2014 tour, and that had indeed been what it felt like. I remember one particular moment when Clark delivered a monologue in which she listed several facts that she claimed to already know about her audience. She ended with, “And your favorite Kurt Vonnegut quote is…” before reciting a quote from Vonnegut’s 1965 novel “God Bless You, Mr. Rosewater.”

“Hello babies. Welcome to Earth. It’s hot in the summer and cold in the winter. It’s round and wet and crowded. On the outside, babies, you’ve got a hundred years here. There’s only one rule that I know of, babies: ‘God damn it, you’ve got to be kind.’”

Back in 2014, the moment gave me chills, and the rest of the 17-song set was equally transportive and ethereal. I never wanted it to end. Luckily for me, Clark’s “Fear the Future” tour would almost grant that wish now, two years later.

“Surely she won’t play for two and a half hours,” I told Dillon now as we walked briskly down Main Street toward the theater.

But we were wrong to underestimate Clark, and surely enough, she did. In total, this showing of Clark’s “Fear the Future Tour” would last the entire two and a half hours, consisting of three acts with brief intermissions between. There was no opener or backing band — just Clark, an LCD screen and her ever-changing array of guitars.

The first segment of the show was a short film directed by Clark titled “The Birthday Party” or (as the film’s title screen suggested), “The Memory Lucy Suppressed from Her Seventh Birthday … That Wasn’t Really Her Mom’s Fault (Even Though Her Therapist Says It’s Probably Why She Fears Intimacy).”

Much like Clark’s music, the film was surreal, darkly humorous and visually striking.

The next set featured a selection of ten songs from her first four solo albums in sequential order. She opened with the haunting and wistful “Marry Me” from her 2007 album of the same name and ended with a raucous performance of “Birth in Reverse” from her 2015 self-titled release.

The audience began this portion of the set sitting in their allotted seats, while Clark played slowed and distorted versions of her early tracks — even 2011’s “Cruel,” a certified avant-garde dance party bop. I was simultaneously aggrieved that no one else seemed to want to dance and mesmerized by these fresh takes on songs I loved so well.

At one point, Clark began a song laying on the stage’s floor clad in her pink plastic body suit with fluffy pink cuffs and thigh-high pink boots as she sang “Strange Mercy.” The audience gasped in awe. It was haunting and utterly different — the epitome of St. Vincent’s unique brand of artistry.

Near the end of the set, Clark let the audience know it was time to dance and launched into “Digital Witness.” At this point, Dillon and I bolted out of our seats to vogue our hearts out. At one point, I ended up kicking my shoes off — a pair of velvet ankle boots, inspired by Clark and her love of Bowie — but consequently lost one of them for the remainder of the show. It was all worth it to dance.

After another intermission, Clark emerged in a metallic silver bodysuit atop a round platform in the center of the stage and launched into a 13-song set of her latest release, “Masseduction,” played start to finish. Each song featured curated video graphics on an LCD screen. The perfectly-synced monochromatic footage was mesmerizing, intimate and utterly beautiful against Clark’s otherwise minimalist stage set.

The set’s emotional climax was a brief a capella rendition of “New York,” the lead single from “Masseduction,” in which Clark opts for a simple piano accompaniment rather than her guitar.

In a recent interview with the “Song Exploder” podcast, Clark said the song was both about personal loss and the death of so many cultural heroes like David Bowie in the year 2016.

“It’s very silly to make something about David Bowie’s death about me,” she said. “But I will say, I was very affected and I cried. I cried for somebody I didn’t even know.”

And so I did. And for the first time in my life, I found myself weeping at a concert. I was nearly embarrassed by my public display of vulnerability before realizing that I was far from the only one. The moment was dramatic, emotional and utterly cathartic as hundreds of strangers cried, sang and danced for the cultural heroes and personal loves they’d lost.

Though “New York” is more straightforward than much of Clark’s music, this intimacy was the heart and soul of the tour. A constant truth pierced the avant-garde abstractions, whether through satirical allusions to the corruptive power of technology or the universality of loss.

Few artists could fill a two and a half hour set with just herself, an LCD screen and her guitar, but Clark used those two and a half hours to make her audience laugh, cry and, of course, dance—maybe including even the grumpy old man at the end of row M.