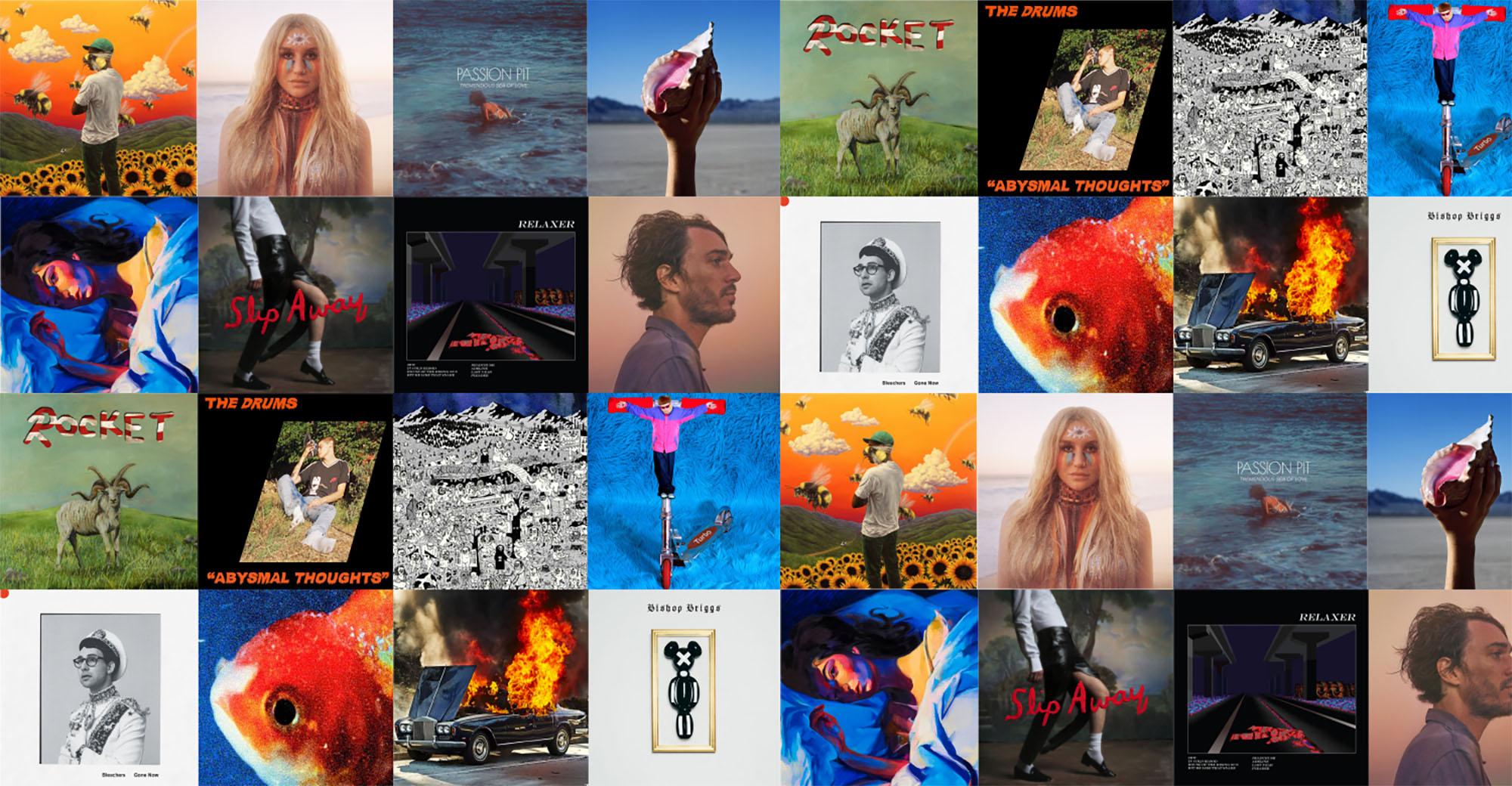 A Twitter-induced nuclear winter might be nipping at the country’s heels. The moon just ate the sun (help me, I’m terribly stupid, and I don’t understand how a solar eclipse works). Across the country, Popeyes Louisiana Chicken restaurants are packing up and moving out of campus dining halls. Sometimes, it feels like life just isn’t fair.

At least we still have music.

As dizzying as 2017 has been, it’s easy to forget what a stellar year it’s been for the music industry.

Without further ado, here are the very best songs of the year (so far).

“To the Other Side” by Passion Pit

On his latest outing, “Tremendous Sea of Love,” he changes up his expected verse-chorus-verse-chorus formula for something more authentic and emotionally cathartic. The chilling album closer, “For Sondra (It Means the World to Me),” features Angelakos’ feathery falsetto crooning over a finger-picked guitar. At moments, this album seems less like a Passion Pit album and more like Sufjan Stevens’ intimate songwriting on “Carrie & Lowell.”

Kesha songs are usually lighthearted fare. Songs like “Blow” were transient and vapid, but club-ready. It was fun.

In the case of “Praying,” the lead single from her 2017 album “Rainbow,” the surrounding context is inextricably entangled with her songwriting and the shift to more meaningful ballads.

“Praying” is an emotional song that aims to inspire. The piano here is coupled with a classy string section. Kesha shows off her vocal range when she sings, “when I’m done / they won’t even know your name.”

“Where This Flower Blooms” by Tyler, The Creator

Tyler, The Creator is undoubtedly the most talented member to emerge from Odd Future, the now-fractured hip-hop collective.

Tyler garnered equal attention for his childlike antics and his inability to stay out of online quibbles. Unfortunately, on past projects, his knack for controversy translated into rather transient lyrical fodder.

On his latest LP, “Flower Boy”, Tyler shows a newfound maturity in his songwriting. However, his wide-eyed, childlike curiosity remains intact. Instead of the noisy, overblown production of 2015’s remarkably sloppy “Cherry Bomb,” Tyler treats the listener to a creative, kaleidoscopic project, outlined in lush instrumentation.

“Where This Flower Blooms” is a sonically soaring anthem about black self-love. Tyler states, “Tell these black kids they can be who they are.” Frank Ocean lends his boyish vocals to the mix, a refreshing contrast to Tyler’s sometimes cold delivery.

“Slip Away” by Perfume Genius

Mike Hadreas’ songwriting centers around his experience as a queer man in America under the Perfume Genius outlet.

The album, “No Shape,” has already garnered plenty of critical acclaim — and for good reason. The songs here are intensely personal, brimming with ethereal string sections and skittering synths. “Slip Away” is an anthem about being true to yourself.

It’s musically optimistic, a clear reminder that it’s always darkest before the dawn.

“Run For Cover” by The Killers

The Killers frontman Brandon Flowers released an embittered anthem about love sickness in 2004. It was called “Mr. Brightside.” It only had one verse, repeated twice. Still, “Mr. Brightside” scaled UK’s charts and holds a coveted spot 13 years later.

On their newest single, The Killers abandon internalized teen angst without losing their momentum. “Run For Cover” is upbeat, high-energy stuff, and the lyrics are equally memorable.

“Wonderful Wonderful” is The Killers’ fifth album and is slated to drop Sept. 22. It’s the rock outfit’s first album in five years and allegedly features songwriting from Sir Elton John.

“In Cold Blood” by alt-J

On the instrumentation end of things, alt-J finds more success. “In Cold Blood,” the second single off alt-J’s “Relaxer” doesn’t really reinvent the wheel by alt-J standards. It’s also anything but relaxing. It’s just alt-J doing what they do best: making indelible instrumentals to accompany their oddball aesthetic.

The compounding horns and drums build to an unexpected and caffeinated chord shift and an expertly crafted ending crescendo.

So yes, 2017 has often seemed bleak, but the musical releases have shined brighter than ever. Moreover, their portrayals of life’s complexity and nuance lend deeper shades of meaning to our everyday experiences.

Music can be downtrodden, like Mount Eerie’s aching acoustic tribute to his late wife.

Music can be dystopian, like Father John Misty trying his very best to articulate the disorienting dissonance of political discourse today.

Music can aim to inspire and ultimately be transformational. Kesha and Passion Pit penned anthems about painful personal trauma and turned it into something sonically soaring.

Check out this full-length playlist for more of our favorite songs from the past year.