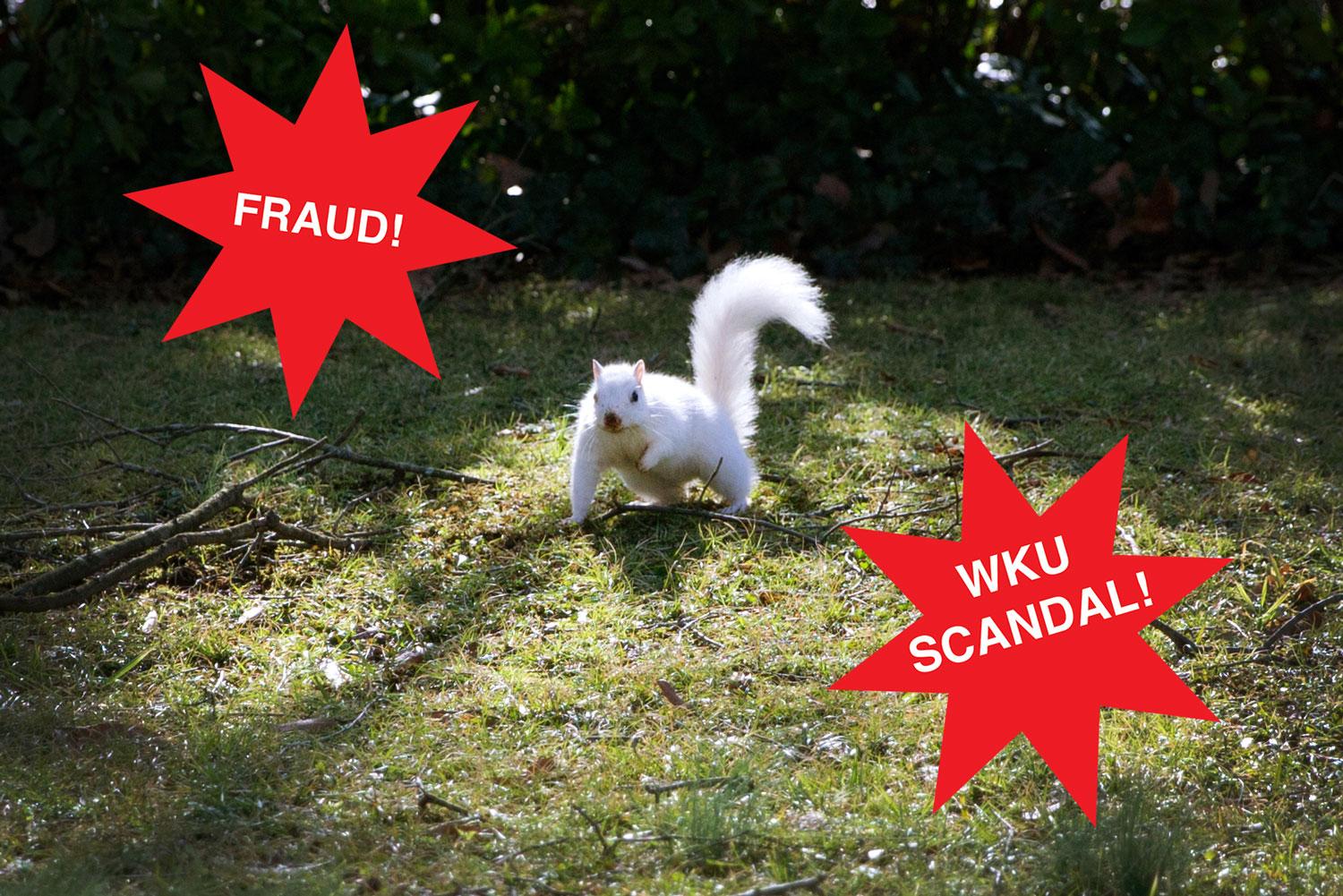 On Mar. 26, WKU biology professor Albert Meier stumbled upon a discovery. He found that decades ago, a group of WKU students worked together to produce WKU’s iconic white squirrel using genetic engineering, the manual process of adding DNA to an organism to give it certain traits.

“I was rummaging through some old papers, and there it was,” Meier said. “I found the experimental report. I’m really surprised no one found it before now.”

According to the report, a group of WKU students found a squirrel with the mutation for white fur. Though the squirrel had this mutation in its DNA, it had gray fur.

Excited about their findings, they decided to try to produce squirrels that would express the white-fur mutation. They transferred the mutation to another gray squirrel.

The students injected the gene into more squirrels and released them out of the lab and back into the wild, according to the report. The squirrels continued to reproduce, and we have a thriving white squirrel population today.

“It’s crazy how an experiment created something so iconic at WKU,” Meier said. “I don’t know if the experiment was ethical, but it was certainly effective. Though the white squirrel could probably have been produced through nature if other squirrels had the mutation, the fact that students had a hand in the growth of the white squirrel population here is very significant.”

Nancy Rice, another WKU biology professor, feels the students should have made their findings more public.

“I feel like generations of students have been lied to, in a way,” Rice said. “I’m afraid students will be upset to learn that the white squirrel was something students from the biology department invented, in a sense.”