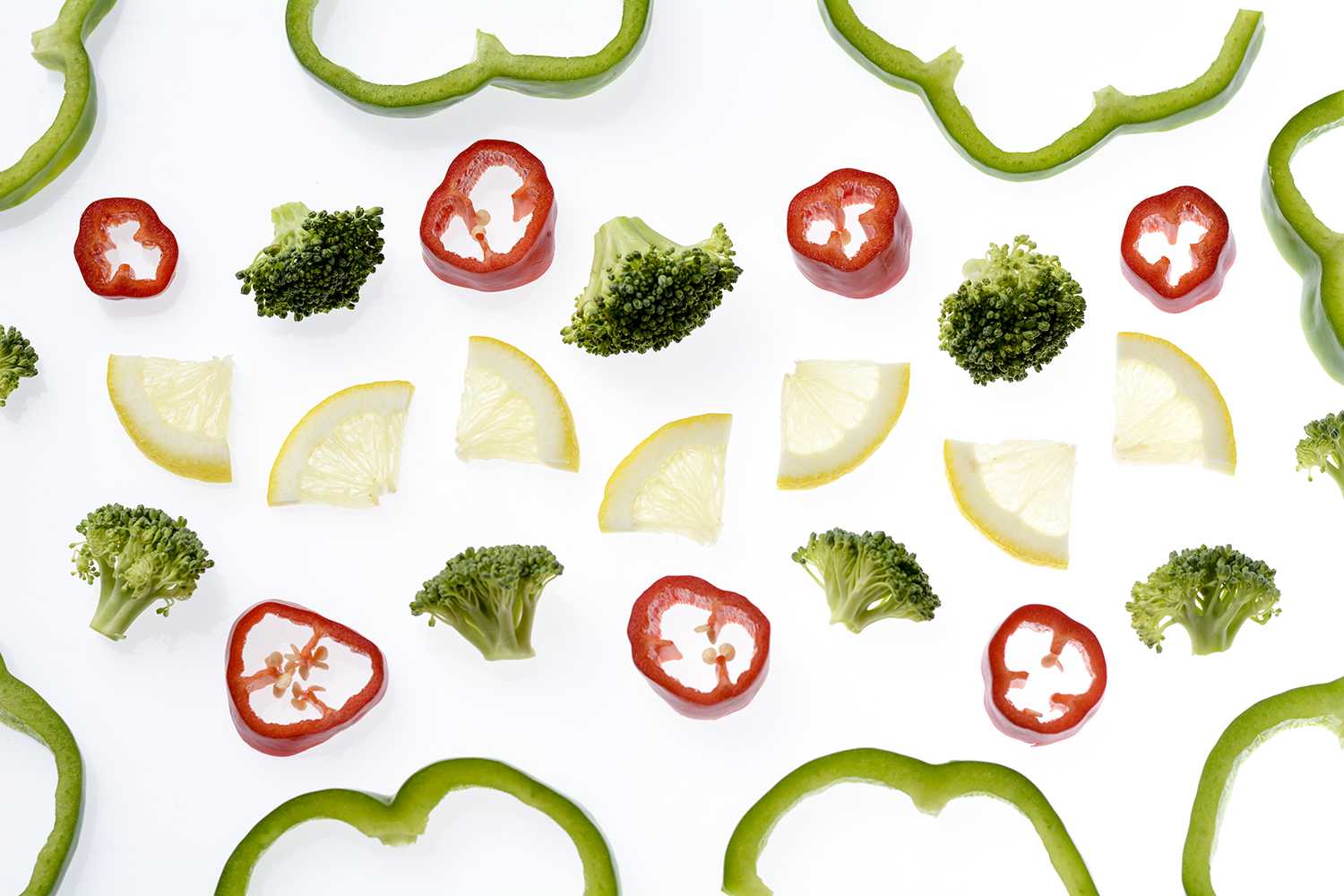 On the morning of Tuesday, Sept. 13, a small crowd of dietetics graduate students, WKU Restaurant Group employees and administrative executives mingled in the corner of the Fresh Food Company over sample cups of honey roasted chickpeas, quinoa salad and fresh fruit. Several bolder students in the cafeteria meandered over to the display, lured past the intimidating suits by the promise of free samples and brightly colored balloons.

The food, the decorations and the celebration were part of an event to announce the start of construction on a new allergen-free station in Fresh Food Company called “Simple Selections.” Though there was no actual digging into the carpet, the event was far more of a groundbreaking than a ribbon-cutting.

WKU Campus Dietician Brandi Breden said that the idea for Simple Selections came about after a student she’d worked with opted out of the meal plan her sophomore year, but continued to struggle because her dorm’s kitchen was on a different floor than her room. This student had multiple allergies and celiac disease.

“She ended up getting off the meal plan, and I would always run into her and ask how she was doing,” Breden said. “She was always super stressed out about how she lived in a dorm and the kitchen wasn’t on the floor that she lived on, so she had a cart that she’d wheel to a different floor on the elevator. My heart went out to her.”

Construction on Simple Selections is expected to begin over fall break and take five to six weeks to complete. The $75,000 project is expected to open by the spring 2017 semester.

In addition to providing samples of the types of food Simple Selections will offer, the groundbreaking featured a floor plan of what the new section might look like. With its own storage, cooking and dishwashing equipment, Simple Selections will be equipped to serve students with any of the FDA’s eight major food allergens: milk, eggs, fish, crustacean shellfish, tree nuts, peanuts, wheat and soybeans.

The station will also be able to safely serve students with gluten intolerances, including celiac disease, a genetic autoimmune disorder that affects 3 million Americans, according to the FDA. The date of the announcement was chosen purposefully to bring awareness to both the new station and the commonly misunderstood disease — Sept. 13 was National Celiac Awareness Day.

Breden said that her experience with food allergies started when she began working at WKU and concerned parents reached out for help.

“I didn’t realize that food allergies were such a big deal until I started working on a college campus,” Breden said. “I get calls in the summer before school starts [with parents saying], ‘My son or my daughter doesn’t know I’m calling, but I just want to make sure they’re going to be okay.’”

Ivy Sauder, a sophomore from Louisville, was one of those students who reached out to Breden for help her freshman year. She has several severe food allergies including peanuts and tree nuts as well as a gluten and dairy intolerance.

“There were not a ton of options at all,” Sauder said. “I felt like if I went somewhere, I was always picking something off or paying extra to avoid it. I felt like my diet was not good. I would go to Chik-fil-A all the time and get their chicken breast — just the breast.”

Mina Thomas, a senior from Frankfort with a dairy allergy, had a similar experience. She said that the combination of allergies and vegetarianism restricted her options almost exclusively to Subway.

“Sometimes I would even go to Papa Johns and scrape the cheese off of pizza just to have something to eat,” Thomas said. “But my dairy allergy got so bad that I couldn’t even do that anymore, so I would just eat Subway.”

When asked if, overall, WKU was able to accommodate her allergies, Sauder said, “No.”

Sauder and Thomas both reached out to Breden and WKU Restaurant Group for help, but both felt like there were limits to the amount of help the administration could offer.

“[Brandi] was helpful, and she kind of gave me ideas about how to ‘cheat the system,’” Sauder said. “Then, I was on Hall Council, and several times we talked to the [WKU Restaurant Group]. We were always like, ‘Allergy friendly options!’ and they were like, ‘Okay we’re trying to do that.’ They weren’t entirely helpful, though.”

Though the WKU Restaurant Group provides a Vegan and Vegetarian Guide as well as a Gluten-Free Guide, there is no specific literature available for students with food allergies.

Murfreesboro, Tennessee junior Alexandra Grey, a theater major, encountered problems with this lack of information while navigating on-campus dining with a severe egg allergy. An encounter with unidentified food packaging once threatened to disrupt one of her theater performances.

“Most of the times I had allergic reactions were just me not knowing the ingredients,” Grey said. “I once got a Rice Krispy Treat from Java City [that had eggs]. I ended up having an allergic reaction and having to have a professor give me Benadryl right before a performance.”

She chose not to consult Breden, still opting for a meal plan both her freshman and sophomore year.

“I’ve known about my allergy since I was about in the fifth grade,” Grey said. “Since I’ve had so much time figuring out what I can and can’t eat, I guess I never had too big of a problem.”

However, Grey still struggled with cross-contamination across campus.

“One time I went to Fresh and I got some bacon that was sitting next to eggs,” Grey said. “Apparently there was still some cross-contamination, and I ended up being sick all day.”

Breden said she encourages students to seek her help and to register their allergy, especially if there is a risk of anaphylaxis, such as in Grey’s case.

“We really encourage students to contact the Student Accessibility Resource Center, since a food allergy is a disability,” Breden said. “If we don’t have people register that they have a food allergy, we don’t know how big the problem is.”

Food allergies are considered a disability under the Americans with Disabilities Act.

Sauder said she was thrilled to hear that WKU is taking extra steps to accommodate students with allergies and that Simple Selections will make WKU a friendlier place for incoming freshman with allergies who are required to be on the meal plan. She said she has been consulted by others with allergies from her hometown asking how she handles a meal plan, but until now, has had little advice to offer.

Thomas was also excited, saying the lack of accommodations on campus often made her feel as if she wasn’t as important as other students.

WKU’s Required Meal Plan Policy states that all resident first-year students — “all students living on campus less than two regular session semesters unless age 21 or over” — are required to purchase a meal plan. Students with allergies may opt out of this program after contacting Steve Hyong, Resident Aramark District Manager. Then, they must register with the Student Accessibility Resource Center with medical verification.

Though neither Sauder, Grey nor Thomas opted for this accommodation as freshmen, Sauder and Thomas chose to prepare and cook their own food in their dorms as sophomores. Grey remained on a meal plan through her sophomore year.

However, since WKU’s Required Housing Policy states that both freshmen and sophomores are required to live on campus, opting out of a meal plan to cook one’s own food is not a perfect solution. Further problems can arise when a student is faced with cooking three meals a day in a campus dorm, such as Breden’s story of the student wheeling a cart to a different floor to use the kitchen.

In addition to providing more options for students with allergies, Breden expressed hope that Simple Selections would begin a conversation about students with food allergies on campus that would ultimately lead to a wider community of support.

“Maybe with this center we could also create a food allergy student board,” Breden said. “Hopefully, this will create support.”

Though Sauder, Thomas and Grey all said they feel this is a huge step forward for students with dietary restrictions, each also said there will still be room for improvement.

Grey said that in addition to the new Simple Selections section, she hopes WKU will take further steps to ensure that students with dietary restrictions can access ingredient lists and other information about the food they consume on campus.

“It would be nice if there were any other ways to obtain the ingredient lists for the food on campus,” Grey said. “A lot of times an ingredient can be snuck in, so you wouldn’t know that this Rice Krispy has eggs.”

“I would just like for people to be more aware that allergies go beyond just peanuts, and also there are people who have dietary restrictions that aren’t doing that by choice,” Grey said. “A lot of my friends are gluten intolerant, and it’s not because they’re on a diet. It’s because they physically cannot handle eating gluten. There’s a negative stigma behind choosing not to eat something, even if it will make you sick.”

Breden said she was optimistic about the future of the WKU Restaurant Group accommodating students with dietary restrictions, including those with food allergies and those who chose vegetarian and vegan lifestyles.

“I know that the Restaurant Group understands that it’s not a trend and that students want good, healthy, local food,” Breden said.

Even small steps toward accessible dining options are still worth celebrating, Sauder said.

“I’m excited about it,” Sauder expressed. “Hopefully it turns out well. I know when I discovered the cereal and the bread that they kept separate at Fresh, that was exciting. It was just a little thing. So I appreciate that they’re trying.”