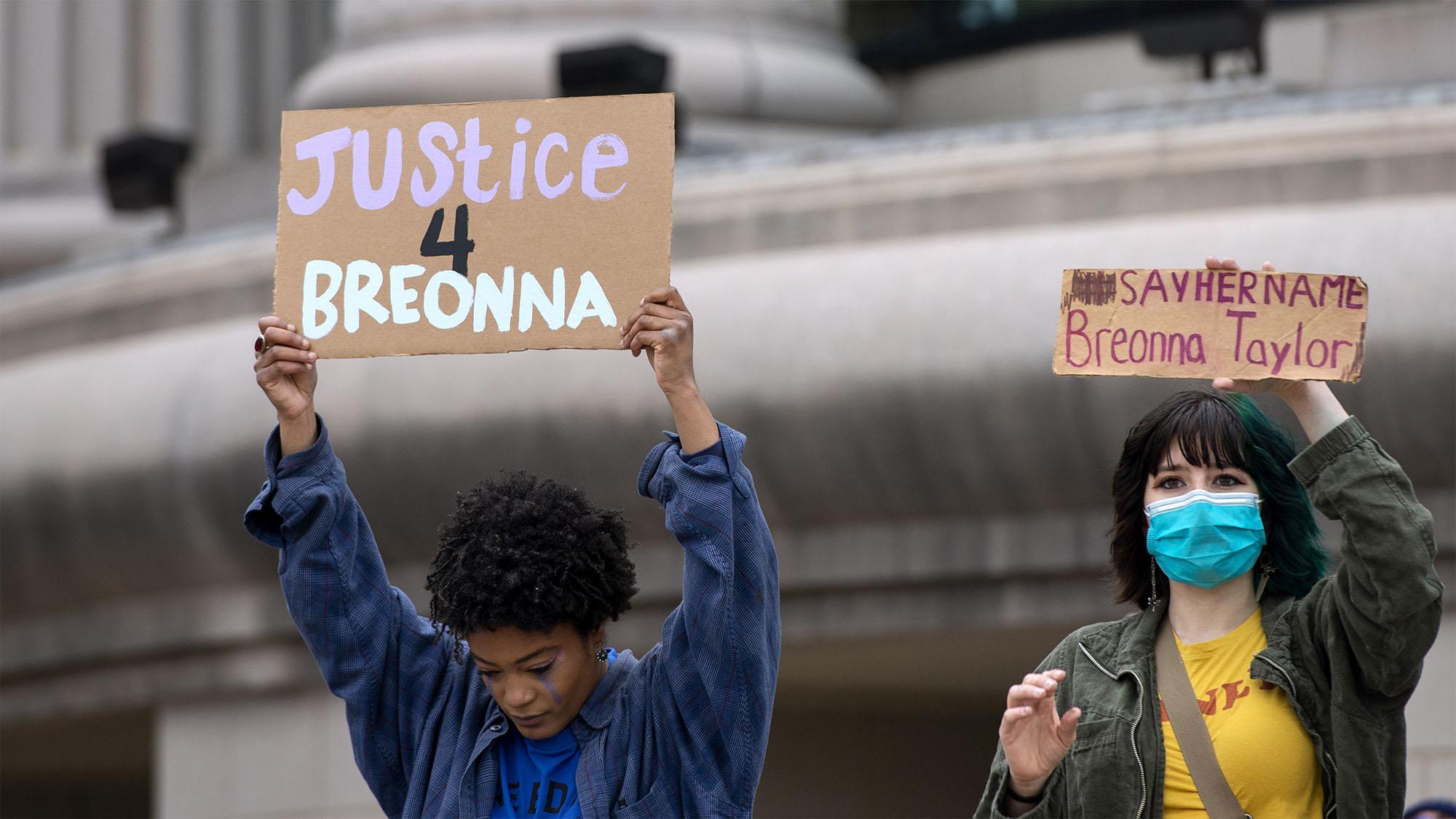 Solidarity in Bowling Green: One year after Breonna Taylor’s death

Standing in solidarity with other groups around Kentucky, the Bowling Green Freedom Walkers and Bowling Green’s Sunrise Movement banded together to continue the fight for justice for Breonna Taylor.

Taylor was a 26-year-old EMT in Louisville who was shot on March 13, 2020 in her apartment by a Louisville Metro Police Department officer who was executing a no-knock warrant.

On March 13, 2021, one year after Taylor’s death, this story was retold as the Bowling Green community came together to express their solidarity and drive for social justice and equity.

The speakers expressed their dismay at once more speaking at a rally that sought justice for Breonna Taylor and countless other Black people who have fallen at the hands of police brutality.

There was discussion of Breonna’s Law being passed on the state level, a piece of legislation which would altogether outlaw or dramatically limit the usage of no-knock warrants in policing. This is seen as a critical piece of legislation to start combating the inequity seen by communities of color.

The crowd on Saturday was somber and emotional, which resonated deeply with the Bowling Green residents in attendance.

There was song and poetry that called for remembrance of those who have been murdered at the hands of police as well as calls for awareness of the issue.

The event ended in a peaceful march to the Warren County Justice Center. 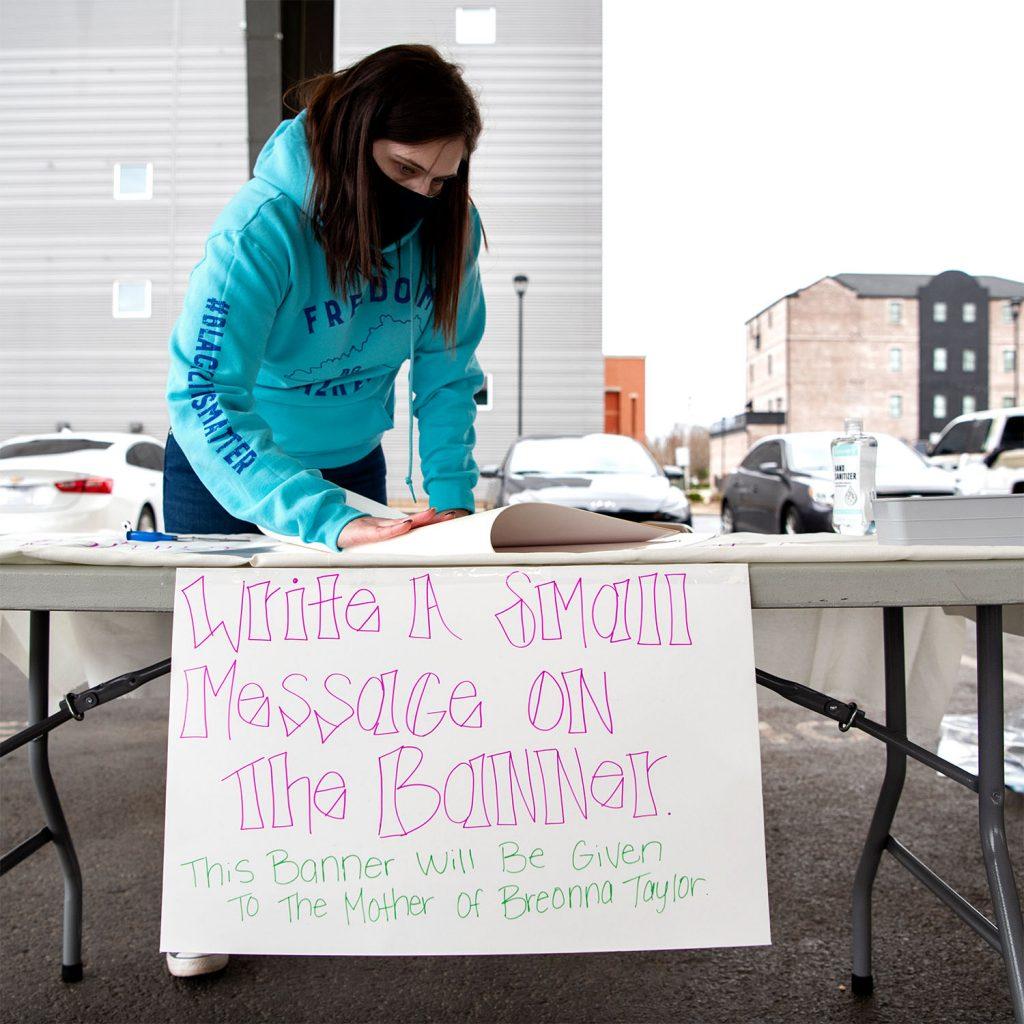 Summer Meadows, president of the Bowling Green Freedom Walkers, prepares signs for those wishing to take part in the march at the end of the Breonna Taylor Memorial Event at the SOKY Marketplace on March 13. 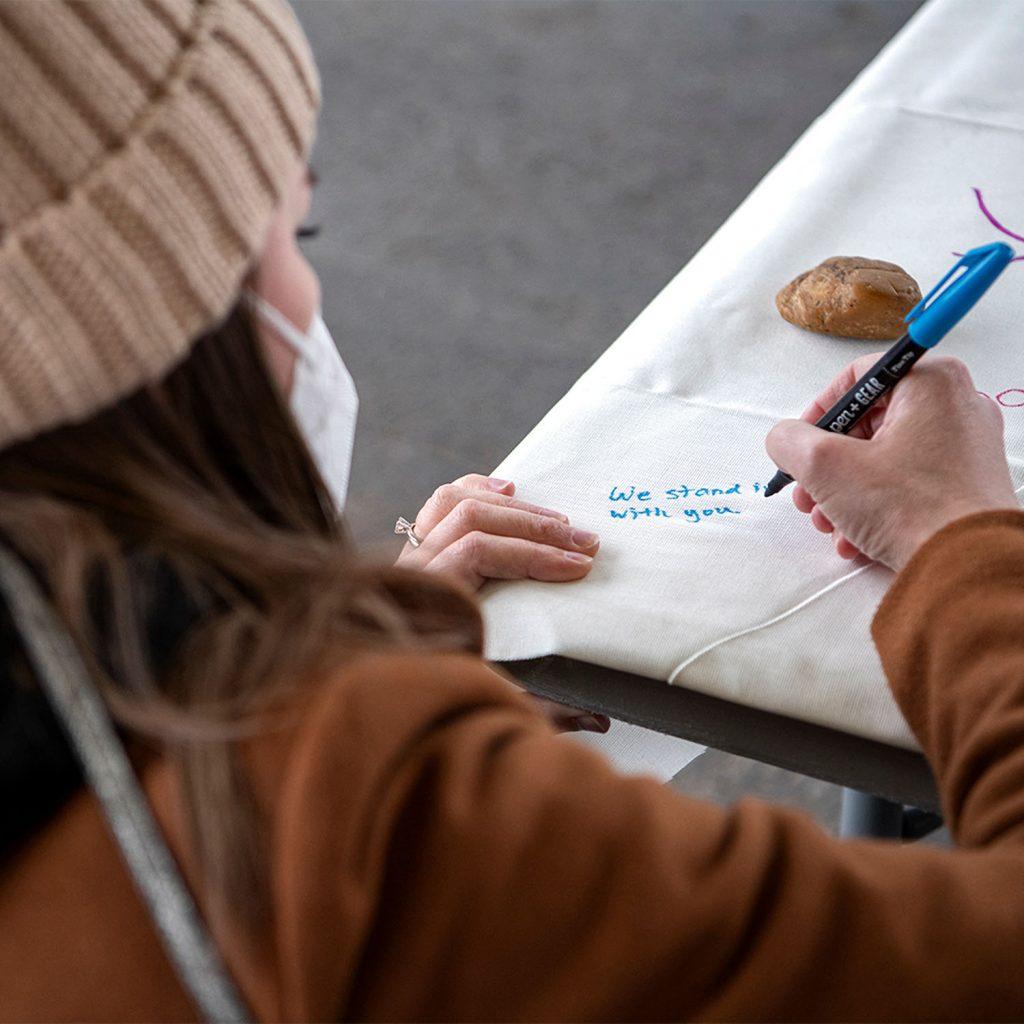 Bowling Green City Commissioner Dana Beasley-Brown writes a note of solidarity at the Breonna Taylor Memorial Event at the SOKY Marketplace on March 13. This banner was later carried at the front of the march and the names of attendees. 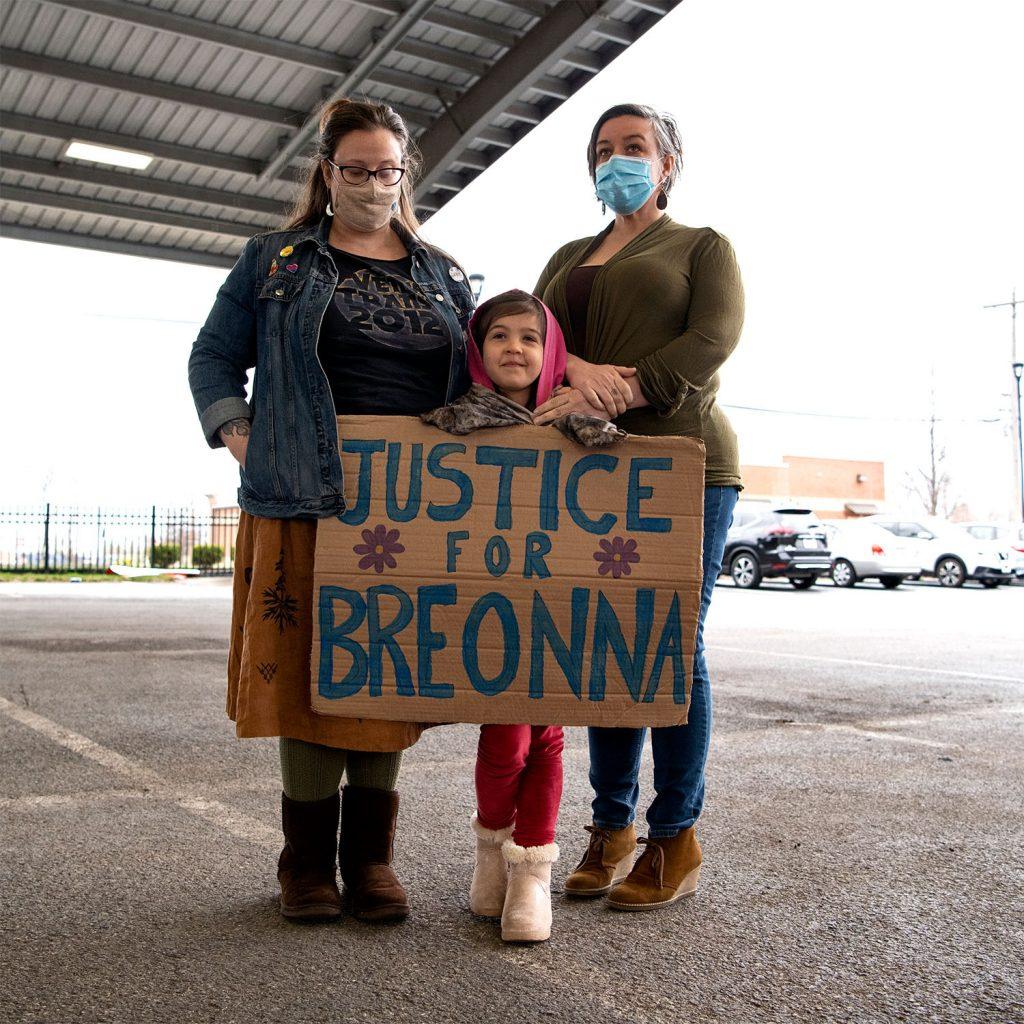 There were some families that attended the Breonna Taylor march, allowing their kids to take part in social justice activities which focus on equality in the way U.S. law enforcement treats citizens. There were members from both Bowling Green and Warren County communities at the event. 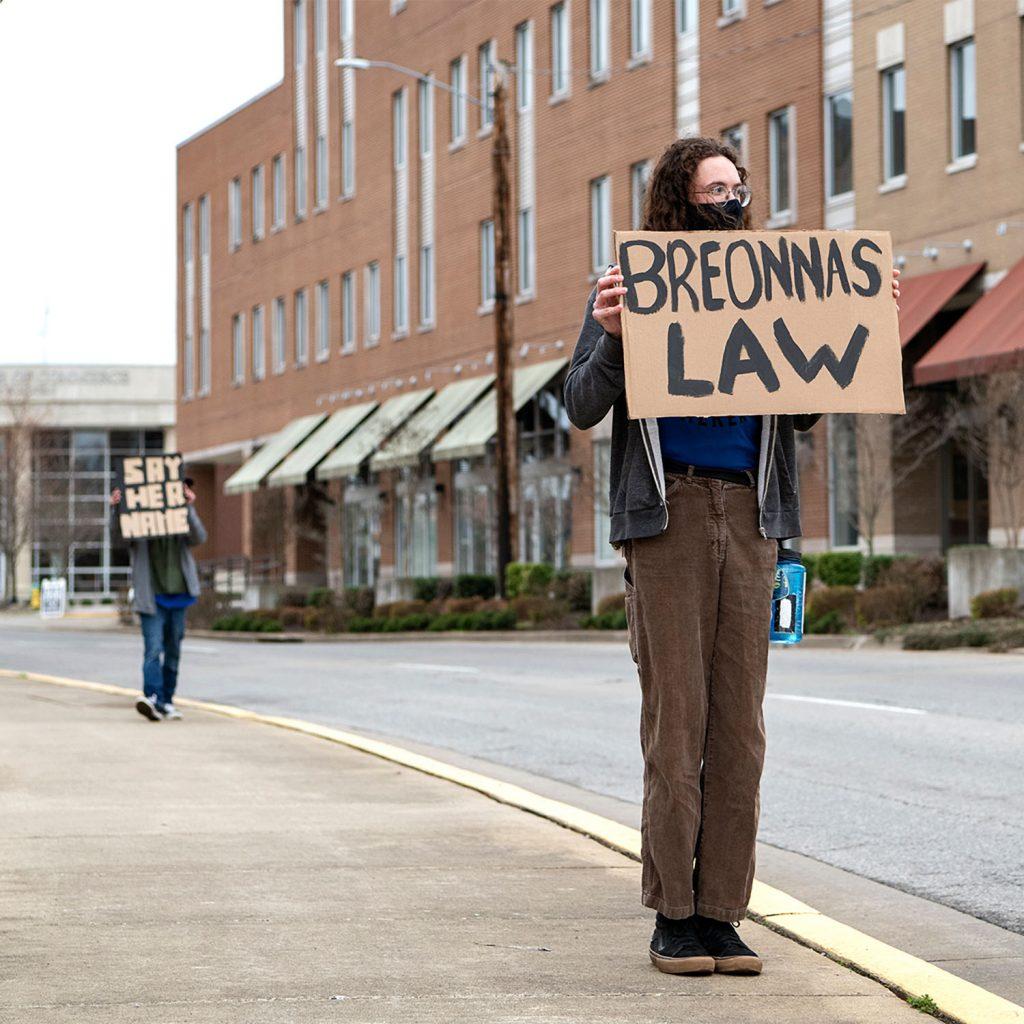