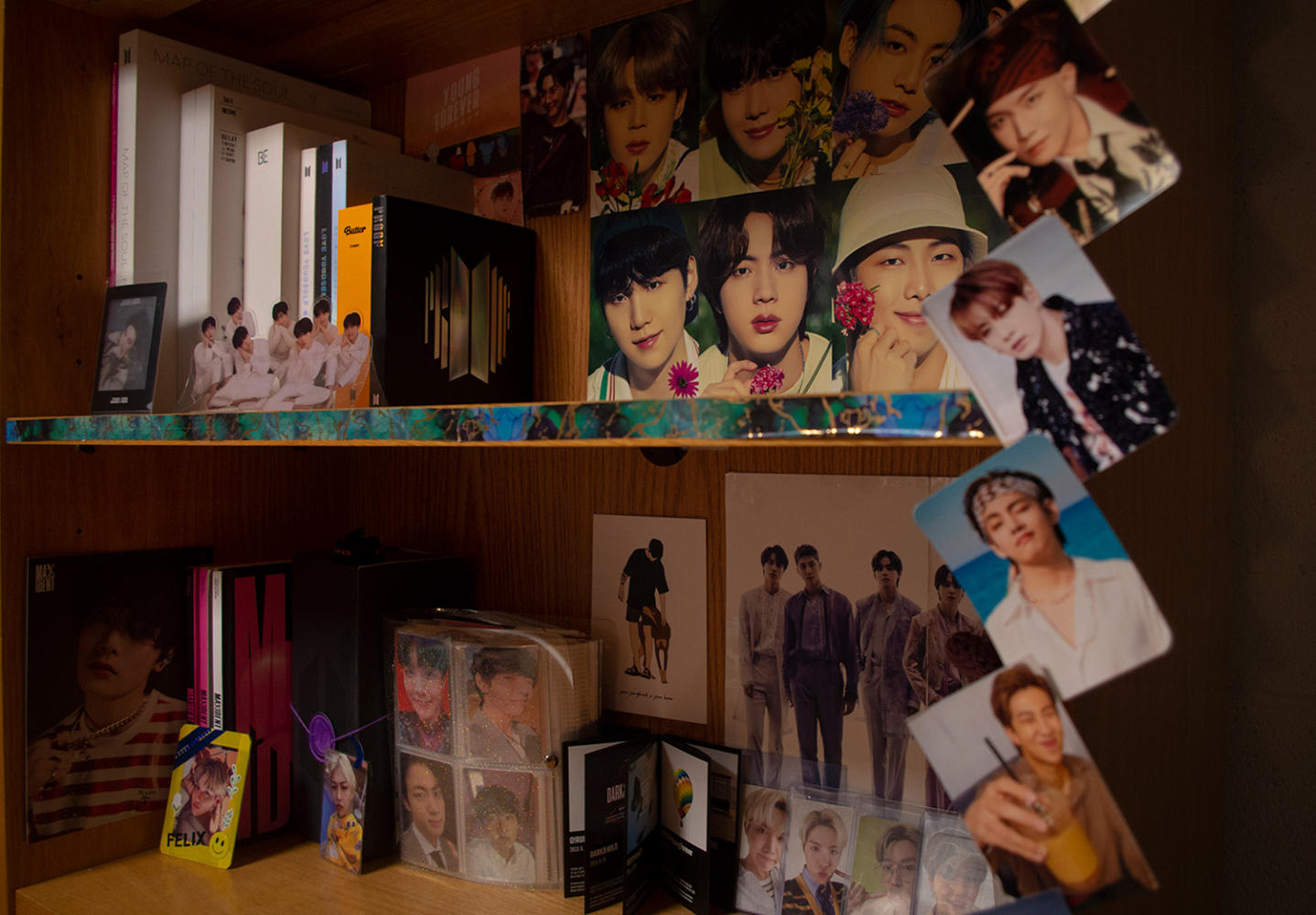 Standing in an arena of 60,000 K-pop fans, Crossville, Tennessee, junior Britney Carmack said she had never felt more herself.

In April 2022, Carmack traveled to Las Vegas to see her favorite K-pop band, BTS, perform. She described BTS as a “gateway drug” into the K-pop community and said she was a fan of the popular group for a year before attending their concert.

Carmack said this concert fulfilled her dream of seeing BTS perform while also allowing her to meet some of her best friends in person from “BTS stan Twitter.”

BTS stan Twitter is a community of Twitter users who love BTS. According to NPR, the term “stan” has become a “badge of honor for fans committed enough to show up and go all out for their favorite star on the Internet.”

Carmack said her involvement in stan Twitter has allowed her to form online friendships with fans from all over the world.

She said she enjoys being a member of stan Twitter because it has given her an outlet to talk to other fans about an interest she doesn’t share with her other friends. She said she likes that she has her online friends and still maintains her in-person friendships as well.

“Without that common interest, I would have never met one of my best friends,” Carmack said.

Carmack said she met one of her best friends, who is from the Philippines, through Twitter. She said she met this friend in person at the BTS concert they both attended in April 2022.

Carmack’s experience in the K-pop community is an example of how the genre has brought people from different countries, cultures and backgrounds together through one common interest.

Douglas Smith, a sociology professor at WKU, said he has studied “community sociology for about as long as there has been a World Wide Web.”

Smith said that among sociologists, online “communities” are more so thought of as “social worlds” or “social fields” than a community. A social world can either be an online or physical space, where people with shared interests or activities interact.

In the social world of K-pop, people are able to connect with others through digital media.

Bowling Green sophomore Ashlee Potter joined the K-pop scene in 2014. Potter said she has a fan page on Instagram dedicated to her favorite K-pop group, BTS, and has made many online friends, including one friend from the United Kingdom.

As a Black woman, Potter said that most of the hardships she has overcome while being a fan of K-pop can be attributed to racism and toxicity in the fandoms.

“It’s kind of hard; some fans can be racist and can be toxic,” she said.

She said that while BTS is her favorite group, the racism she has experienced in their fandom is exponentially higher than in any other K-pop fandom she is a part of.

Potter said she has also received judgment from the Black community for her interest in K-pop. She said she believes she should be allowed to listen to any genre of music, without feeling like she is abandoning her race, but some people in the Black community fault her for stanning K-pop groups instead of Black artists.

Potter said she feels like many people in the Black community think that because she is Black, they wouldn’t expect her to listen to K-Pop.

The K-pop world is a unique blend of fans from various backgrounds and cultures. Because of modern technology, K-pop fans from all over the world can interact and communicate with each other.

She said she has been told things like, “‘Why are you listening to that? You’re Black; you need to listen to rap and hip-hop.’”

Carmack said the connections she made through K-Pop allow her to not feel isolated.

“Whenever I went to Vegas and I was surrounded by 60,000 other BTS fans, it was a magical moment because everyone was so nice to me,” Carmack said. “I was like, ‘I wish I could stay here forever.’ I felt a sense of belonging.”