Studying abroad in Italy during the rise of COVID-19

I think my study abroad experience was over before it had even started. When I first got to Florence, Italy, to attend Lorenzo de Medici, there were many unexpected things that not one person could have told me. It was harder to make new friends because a lot of people came from the same school or had come with friends. I met a small number of people that were from Tennessee, where I grew up, and no one from Kentucky. Though I didn’t think it was important, there were just so many people from the same areas who did have a lot in common. Everyone I met there had never heard of WKU, and every time they asked me how small it was. I think this made my start rough.

One of the strangest things about Florence was that the numbers on streets are arranged by color. Businesses were written in black and residences in red, so if the address was 3 Del Giglio, there could be two different addresses, one black and one red. One of the things I really didn’t expect is that it seemed to me the only thing they eat there is pasta. That might seem like an exaggeration, but it is hard to even buy ingredients at a store that aren’t Italian food or baked goods. 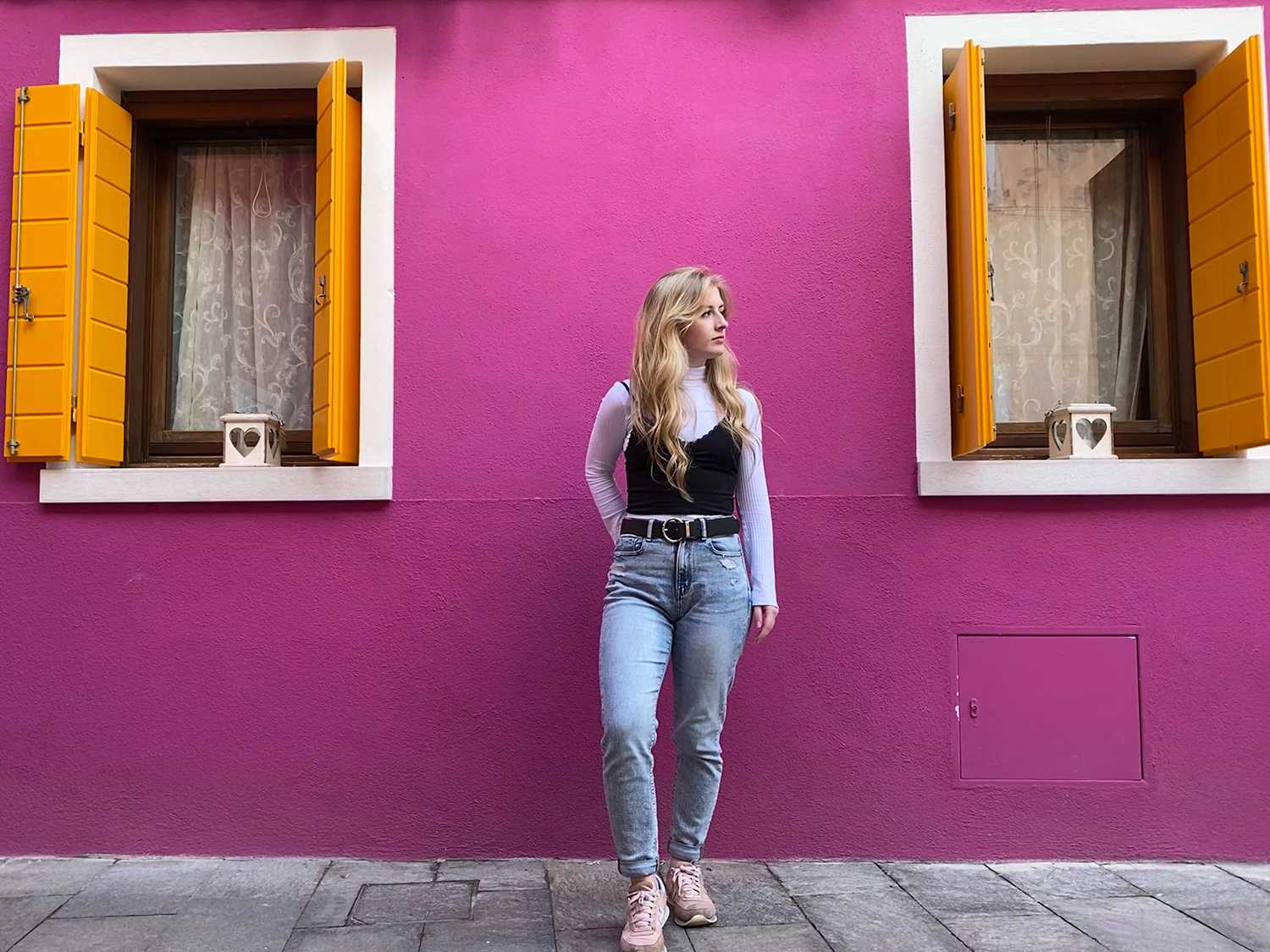 The few weekend trips I took were the most fun I had. I went on some of them alone and met a lot of the friends I still talk to. I was there for about three weeks, and I went on an amazing trip to Budapest and Austria. I remember while I was on the trip, people were still making a lot of jokes about the coronavirus because it really didn’t feel like it was real. When I got back to Italy on Sunday Feb. 29, that’s when I heard of the first bad breakout in the Lombardy region. It still didn’t really seem like a real threat because those areas were being quarantined but the Centers for Disease Control and Prevention announced Italy as a level two travel advisory.

By that Monday, the first campus in Florence sent their students home. Throughout the week at school, that was all anyone talked about. Every day there were more cases and more campuses closing, but my Italian professors were not concerned at all. I think most of them were confused about why we were even bringing it up in class since they did not seem to see it as a threat.

Some of the people in my classes had already had flights booked to go home. Lorenzo de’ Medici, LDM, my host university, announced it would continue classes in an online format for those choosing to leave. The next weekend I had a trip planned for Switzerland, I was going with a travel company and a whole group of students. I wasn’t concerned about going because I knew that at least I would be with other students.

In my hostel the first night there, everyone had gotten together to hang out. It was around 11 p.m. or midnight that someone got the email that the CDC had announced all of Italy to a level three advisory. It was pretty clear at that point that most of us were going home. I think everyone started to get pretty chaotic and were crying or freaking out. The next day it was really hard to enjoy the trip because of the circumstances our tour group left that night. We stopped at a gas station in northern Italy, and I remember everyone looked like they were crying or in complete panic. I was feeling numb at the time. Most of my feelings had already soaked in throughout the day so it felt weird to see how everyone else was reacting.

My study abroad adviser contacted me that night and told me WKU was giving me a choice to stay or return home. This made it a lot harder to decide because most of the people I knew were leaving. I went to an open advising session that Monday that my host university was holding. Everyone there was very angry, and I could tell most of them didn’t have a choice like I did. During the advising session, it was made clear that even if the university stayed open, there was no way it could continue because there would be virtually no students. I told my parents I would need to start looking at flights to go home.

I think this was the worst time for me. I didn’t really know anything about the situation. There were a lot of rumors and questions no one could answer. I didn’t know when or if Italy would close their borders. I didn’t know if I stayed through the week if I would get stuck there. A lot of people I knew were leaving and traveling around Europe for a while. 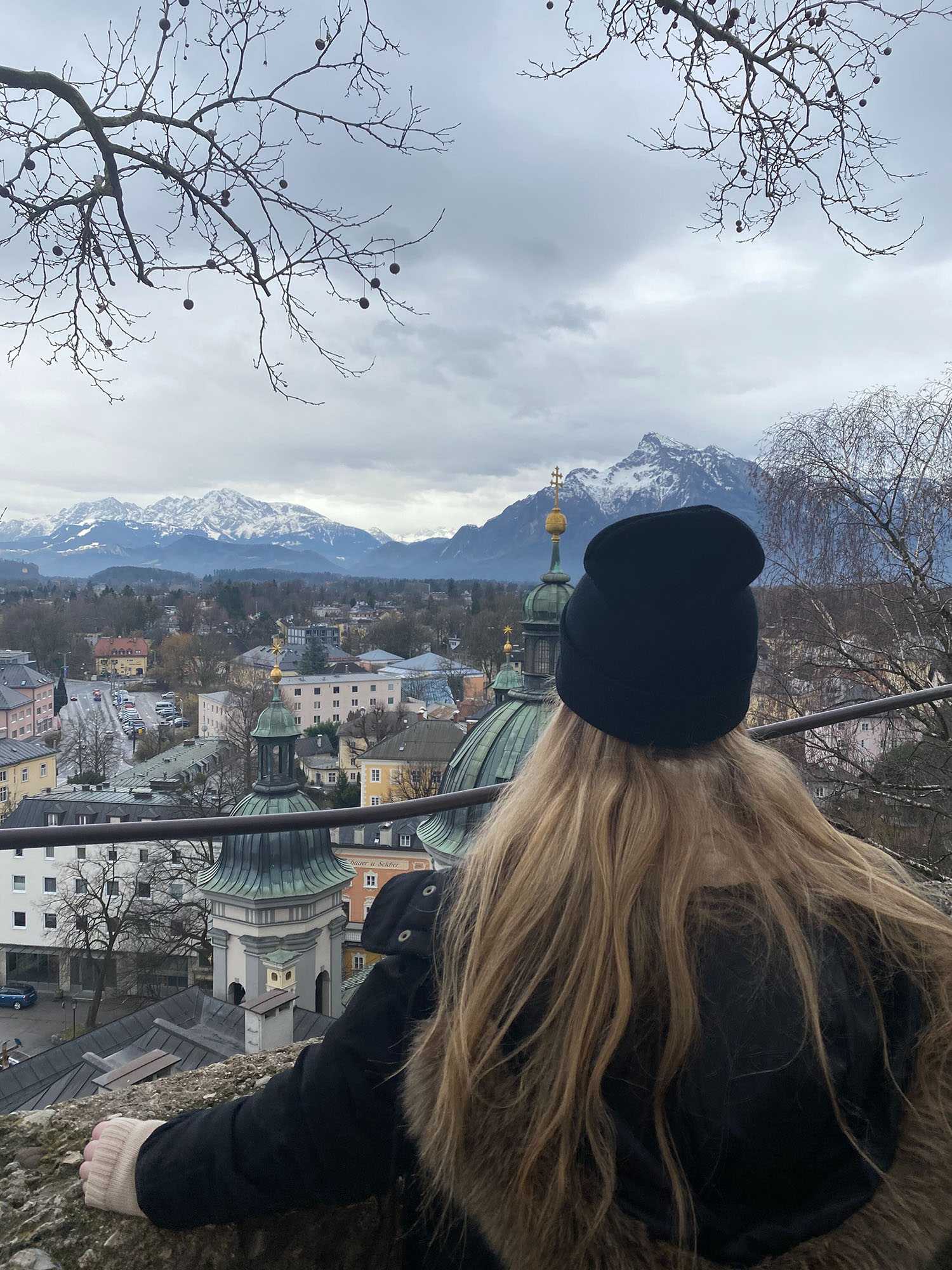 On Monday night, AirFrance announced that anyone coming from Italy could be denied entry into another airport if that country decided. Everything just felt like a lot of risk. I was having a meltdown every day about what to do. A lot of people were paying around $2,200 to get home. My mom booked me a flight for that Wednesday, and my last days in Italy were very strange.

A lot of the study abroad students were going to designer stores and blowing money. I threw away about five bags of groceries from our apartment, and the local men were getting very aggressive. During the last night, a group of men started screaming at me and my friend and one of them pulled my hair.

I think my last days were so chaotic that I felt like I was just shaking the whole time. I flew for around 24 hours on Wednesday from Florence to Paris, then to Atlanta to Nashville. I cried in the cab on the way to the airport because it was all hitting me — I was leaving, and I was alone. During that time one of my bags got lost, I missed one of my flights and threw away one of my bags because it was overweight. The Paris airport is the largest international airport in France, and the employees were very unhelpful. I didn’t get my temperature taken at any of the airports, nor did they ask me if I had even come from Italy, where  the third largest breakout was at the time. The day I left, the embassy announced they would soon be closing borders.

After all of it, I’m still not sure if it was all worth it. I was there for a month, but I paid for about four months. I haven’t received refunds on my housing, tuition or anything else from LDM or WKU.  I have asked multiple times about it and so far all I’ve heard is that they are discussing it. As of right now it is almost my sixth week since I have been at home. I had to drop my beginner Italian class because my teachers only speak Italian and I couldn’t keep up in the recorded lectures. I had trips booked that were not refunded, and I paid hundreds of dollars on things like a visa and to get my bags checked. I spent the whole summer before working every day to pay for it. I didn’t apply for internships and didn’t go on vacations because I knew working and saving my money would be worth it once I went on this trip. I had put off a lot of things in hopes of this. If I had picked any other semester to study abroad, this wouldn’t have happened.

I don’t think anyone from home understood the severity of the situation. Most of the people I know thought I was kidding around when I told them I had to come back home. During this time, my parents didn’t really understand the panic that everyone had broken into while I was there. Some of my friends from home stopped talking to me as soon as there was a real concern for me having to come back home. Even the friends that I did make while I was there I barely knew for a month. I felt very alone and isolated because no one could really understand.

I was in quarantine for two weeks, and by the time it was supposed to end, almost everyone had online school and started self-isolating. It honestly took everyone else being sent home for me to stop feeling so sad, only because it felt like maybe this situation was actually severe and I wasn’t being sent home for the flu. Everything happened so quickly, and I think it took me a while to process. To think of it as just being a month is crazy because it felt like a lifetime. It was the best and worst experience of my life.