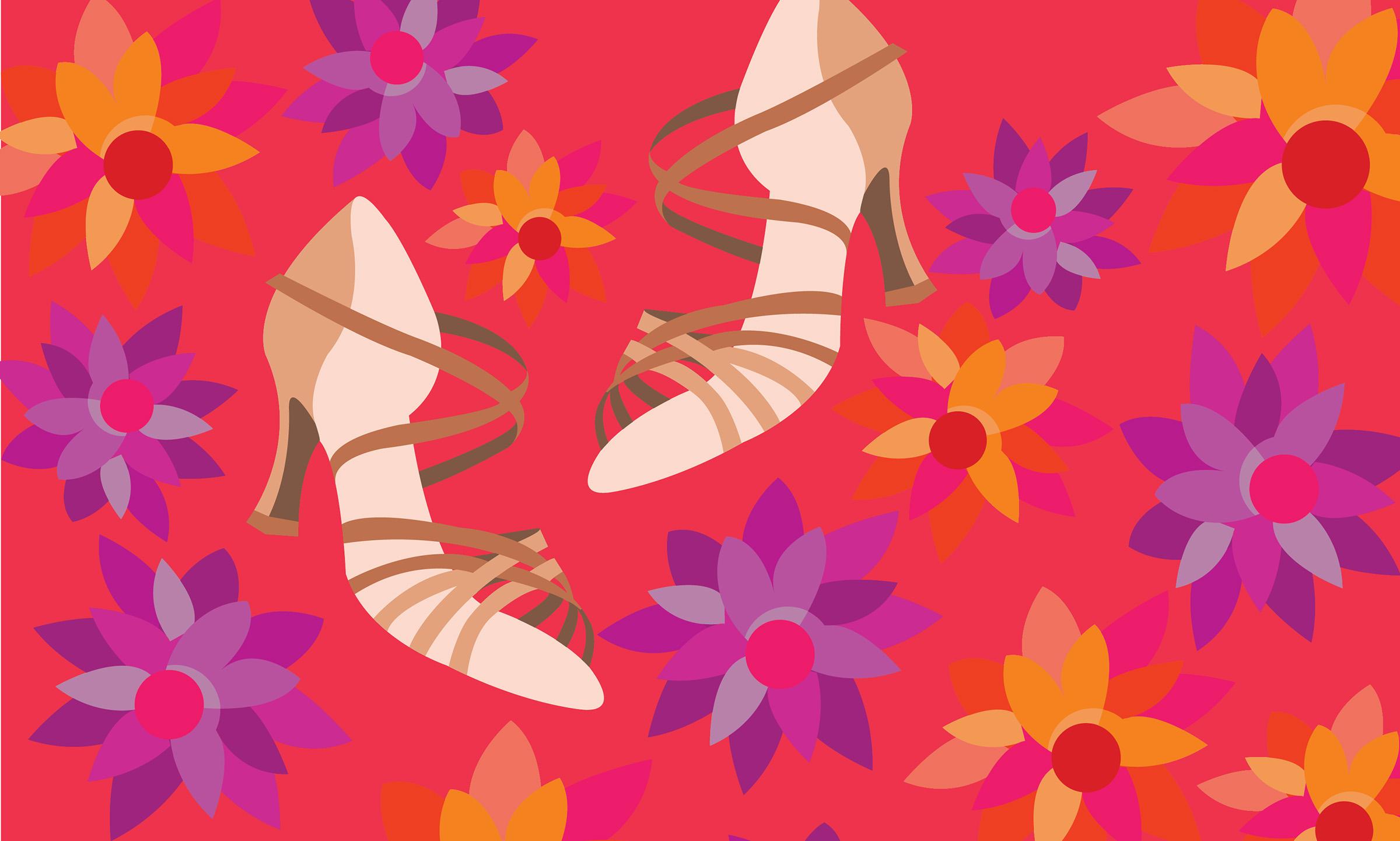 Salsa: everyone’s favorite complement to tortilla chips and a genre of dance sure to make you sweat your pores out till they run dry. I heard about a free salsa dancing class being offered on campus, so I ventured into the fine arts center on Feb. 22 as dusk set on campus.

I had no idea what to expect — and I’m a Spanish major. I had seen videos of people salsa dancing and was always super impressed, but the whole idea of making my awkward torso shake in verved directions never came to mind.

Mistake  no. 1: Not bringing a water bottle like some of my smarter classmates.

Mistake no. 2: Being born with clammy hands that make it hard to hold onto someone during an entire dance number.

Mistake no. 3: Not going to these classes hosted by the Spanish Club before last Thursday.

Overall, the class was a good mixture of instruction and fun, which, trust me, is what I needed. I don’t thrive on instruction. I am the type of person who likes figuring things out by doing them, and this class was suitable for that type of person.

The instructor was a young community member from Venezuela clad in a patriotic Venezuelan flag shirt. She started the class with a brief overview of salsa dancing as it relates to Latin American culture, as it started in Puerto Rico. It was nice being able to sit down and watch someone else dance. But then came the time for us to start learning the steps, and the stress sweat began.

The first was a simple step forward, step middle, step back, step middle. Lucky for all you readers, I have theater experience and simply ~thrived~ when it came to step-ball changes. But I know some of my classmates weren’t so lucky. The trickiest part of it all was timing — when to step according to the music — but as we added more moves it became easier collectively.

The next move was a right-side step, left-side step — simple enough. This was followed by the first thing to throw me for a loop: the pivot. A step backward while turning around and back to the middle before you can say ‘wait what?’ Then the same thing to the left. That’s one of the things I LOVE about salsa, the symmetry behind it. You step one way, and you know you’re gonna step the other way right after. I guess it just appeases the planner in me and helps with my lack of coordination.

Then the teacher put on her salsa playlist and the time came to put these steps to music, and I can’t lie: I was impressed with myself. I got the steps down — granted, they were pretty simple — but I also really kept the beat with my steps well.

My partner, a shyer woman who just happened to be a Spanish major as well, was key to my success, though. She listened to the instructor while I went to the water fountain and stood in front of the fan; she held onto my clammy hands; she laughed when I made bad jokes to cover up my bad moves — she was the ideal partner.

There was an odd number of dancers, so you already know I went from partner to partner after learning and eventually found my match.

She had OBVIOUSLY been to classes before and could move even faster than I could, but I did learn a thing or two from her. I saw how fast her hips were moving, so I decided to crank it up a notch. My hips were moving, grooving and turning heads. Let this lesson be that you’re only as good as your partner, and I never would have gotten better without more responsible partners like the women I got paired with.

I can’t say enough good things about this dance lesson. The Spanish Club pulled out all the stops, and this class is evidence enough that our program is not just surviving, but thriving.

Exposing myself to things beyond my comfort zone and not being afraid to fail was super blissful, and I highly recommend this to anyone looking to break a little sweat and have fun while doing it. You know what they say: FAC is the new Preston Center (Actually, I don’t think anyone says that — but you get the point).

Editor’s note: The Talisman editorial board updated this story on March 19, 2018 after we were made aware of a slight error.