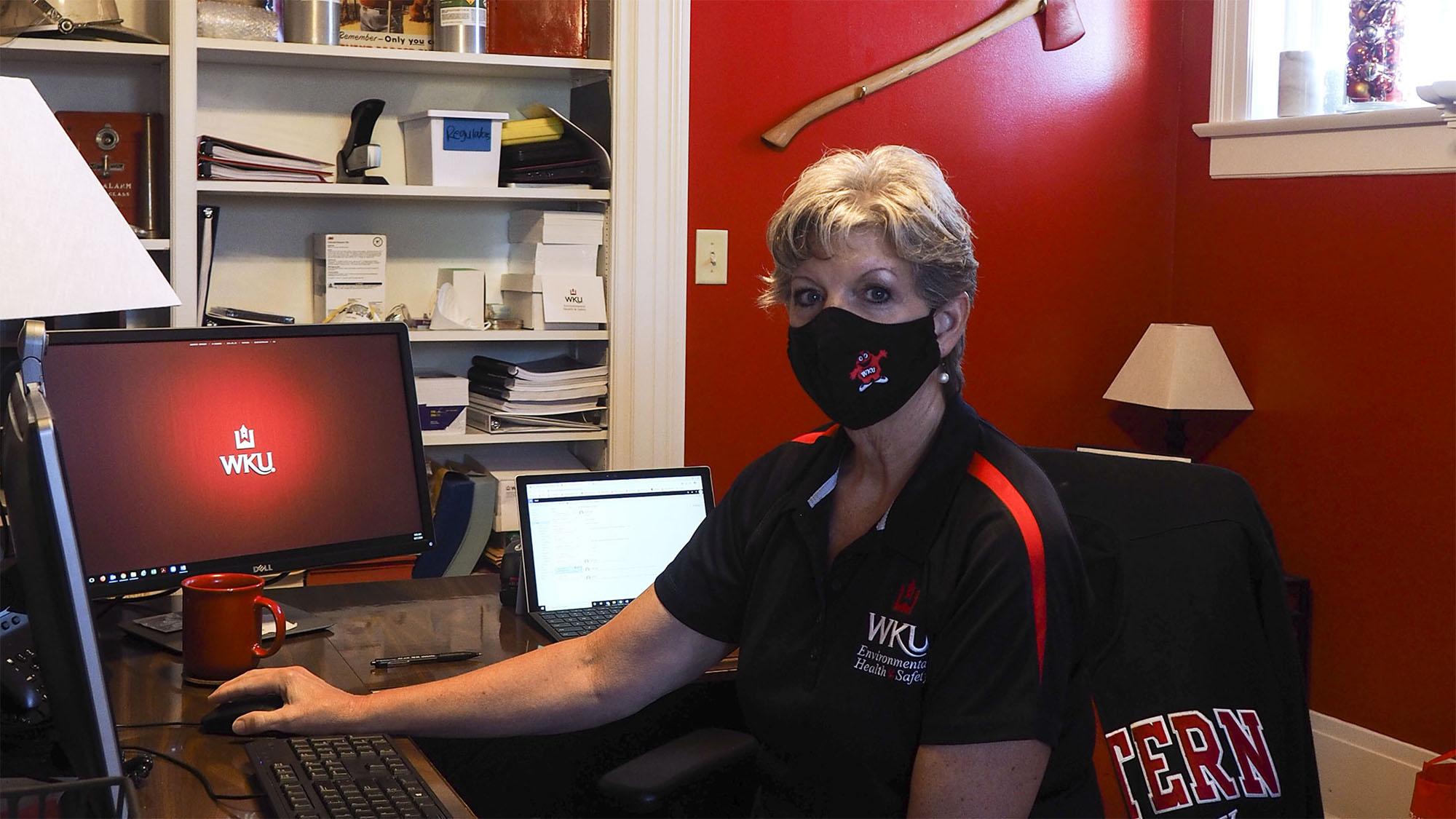 Since his senior year of high school, David Oliver has spent his free time as a volunteer firefighter. The Environmental Health and Safety director has been a first responder for more than 40 years, and he’s also kept his EMT certification that he received at WKU in 1980 up-to-date.

When Oliver is not putting out fires, or providing first aid to those in need, he is now answering calls and heading operations at WKU’s COVID-19 hotline.

“Two nights ago, I was up at 2 a.m. on a tanker fire on the interstate, and when that’s over your adrenaline is rushing, and it’s just like I’m not going back to bed,” Oliver said. “So, I’m in here that morning at 5 a.m. answering emails and getting ready to roll.”

Oliver and his colleagues, Environmental Health and Safety Assistant Director Laura Tomlin and Coordinator Melna Wilson, agree the hotline extends beyond the typical 9 to 5.

“I enjoy new challenges and this job certainly provides an abundance of that, sometimes on a daily basis,” Tomlin said.

Wilson said her Pinterest addiction keeps her trying new recipes and crafts, including making homemade facemasks, when she is not busy.

Before the creation of the COVID-19 hotline and response team, Oliver, Tomlin and Wilson each had different duties within the Environmental Health and Safety office in order to maintain a safe environment on campus.

They still continue to do their previous work, but now they are in charge of another aspect of safety on campus: answering calls about COVID-19 and assisting with relocation to quarantine dorms.

“On some of our busiest days, I have taken as many as 50 to 60 calls in a five-hour span, but there are times when traffic is steady or even quiet,” Tomlin said.

These calls come from students, parents, faculty and staff. Most are reports of illegal gatherings, positive tests or questions and concerns about the virus and how the quarantine process works.

“We had one that reported there was a ghost in the quarantine space and wanted to know if they could call Dr. Caboni and see what he could do about that,” Oliver said.

The hotline is more than just answering the calls for Oliver, Tomlin and Wilson Due to their training with personal protective equipment, both Oliver and Wilson are hands-on with the  quarantine move-in process to make sure students are safely and efficiently relocated .

“We had to move kids the first week, and we couldn’t get them into the dinner ordering system,” Oliver said. “So, I was at Chick-fil-A in Downing Student Union at 9 p.m. buying food to take to dorm rooms so kids had something to eat.”

Helping students is really what the team cares about most.

“It is very rewarding to speak to someone who is initially very anxious, upset, worried, or even angry and then at the end of the discussion to hear them say, ‘Thank you so much for taking the time to talk to me. You have been so helpful,’” Tomlin said.