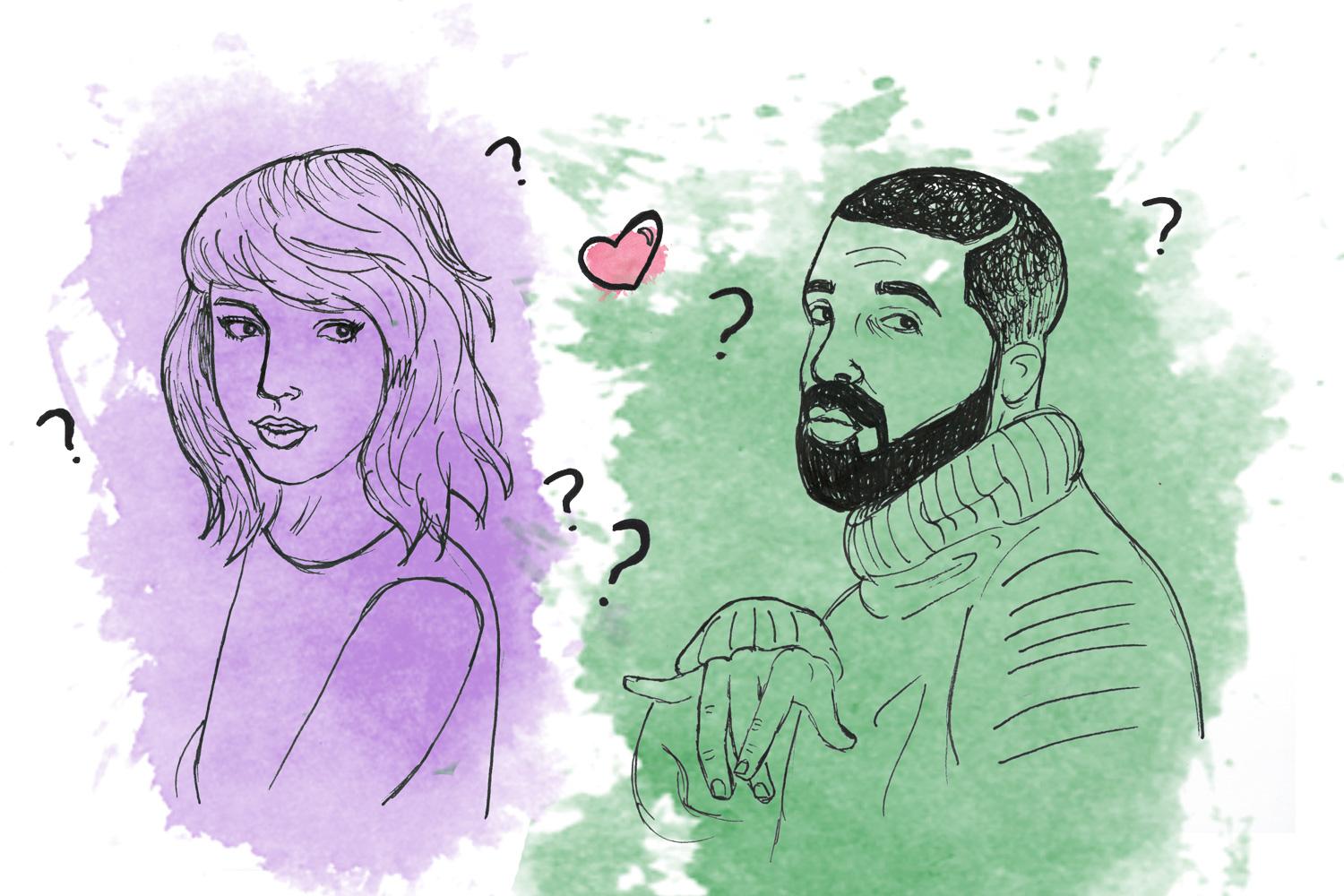 The rollercoaster that has been the Drake and Taylor Swift rumors

Taylor Swift fans or not, most people have seemed to appreciate not seeing Taylor Swift in the news much after July’s high profile and somewhat annoying, “Famous” scandal between her, Kanye West and Kim Kardashian. In October, Swift returned to the public and Instagram, which many fans were thankful for, and Kim Kardashian was making statements about a new transformation of character after she was robbed during Paris Fashion Week. Everything was good. They were good. We were good.

We were left wondering: How did Drake get them all in the same room?

Oct. 27 – News hits that Taylor Swift met Drake’s mom and all of his friends

Not right. Swift’s relationship with producer Calvin Harris ended this summer, while Drake split from Rihanna last month, according to E! News. And Rihanna and Calvin Harris produced a song (that Swift wrote) together this summer. And now, Swift and Drake are talking to Drake’s mom. And everything is confusing for everybody.

But, Swift is pretty famous, so maybe Drake just wanted Swift to meet his Swift-fan mom. What’s going on?

Just a week after Katy Perry attended Drake’s birthday party, Perry attended Kanye West’s concert in L.A. At the concert, she posted a video of herself singing along and making faces to West’s “Famous” lyrics about Taylor Swift, according to Us Weekly.

Some people just like to watch the world burn.

Kim Kardashian, who had been absent from social media since she was robbed in Paris, liked a tweet from Us Weekly about Calvin Harris’ new song, “My Way” that seems to be about Taylor Swift. Ouch.

An anonymous source talked to Hollywood Life and said Drake sent a text to Kanye West to ask him if he could politely tell his wife, Kim, to leave Taylor alone.

Now, we know it’s a bad idea to rely on information from anonymous sources, but our interest is piqued.

WHO IS THIS ANONYMOUS SOURCE? ARE TAYLOR SWIFT AND DRAKE DATING?

Nov. 1 – News hits from anonymous source that Drake and Taylor Swift are making music together

An anonymous source tried to clear up rumors by saying Drake and Taylor Swift are just friends, and they are making music together.

Making music together would definitely be a good explanation to why Drake and Swift have been spending so much time together, but this information is still from an anonymous source. The artists still haven’t addressed this directly.

Also, making breakup music together seems like something that may stoke the flames of desire. If they aren’t together now, it may still happen. Watch out. The suspense is real.

Meanwhile – Rumors that Taylor Swift might be getting back with ex-boyfriend Tom Hiddleston surface.

OKAY. Okay. Whatever. We’re done. When is Taylor Swift’s next album coming out? That’s all we really care about.