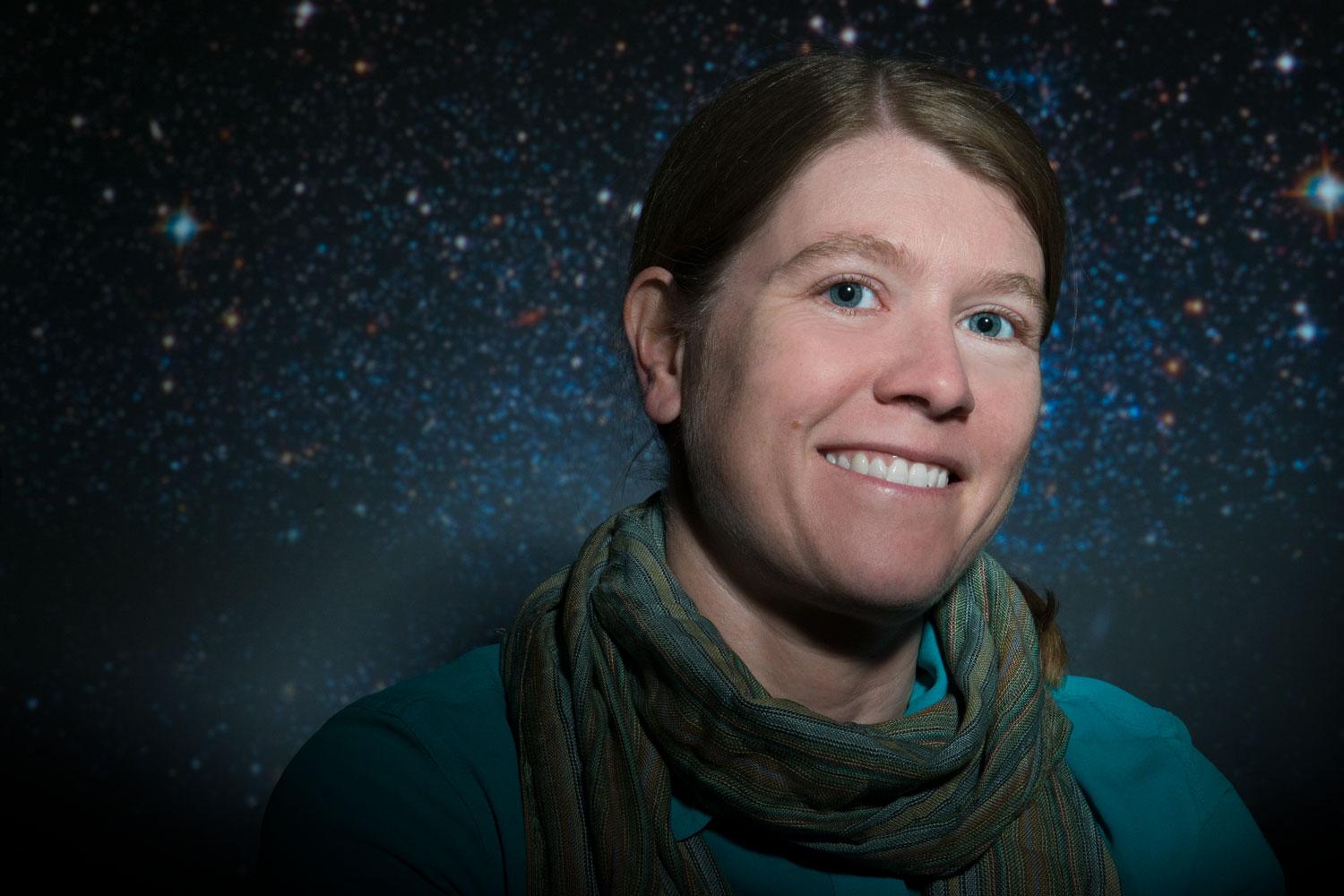 Mankind has a powerful itch for exploration.

For many people, it’s easy to recall a memory riding a bike down a newly discovered trail or digging in the mud for an interestingly shaped rock. These tiny moments of explorative adventure have the power to change a life.

Such was the case for National Geographic partner and 2016 TED Prize winner Sarah Parcak.

“I’ve been in love with the ancient world since I was a small child,” Parcak said before speaking at WKU on Feb. 15.

Parcak wasn’t able to pinpoint a specific moment from her childhood that led her to study archeology, but her interest was piqued while studying at Yale. There, she worked under William Kelly Simpson, a famous Egyptologist.

She credited this time as the start of her career, which eventually brought her to space archeology.

Space archaeology uses satellite remote sensing technology to explore the globe and look for archeological sites through the use of algorithms. These algorithms allow Parcak to look at the Earth “like a CAT scan” and study its surface for what might be hidden underground.

The countless applications of remote sensing have redefined how we look at archeology, and Parcak has been a key contributor to how space archeology has evolved.

Still, despite the advancement of technology leading archeological discovery, our world’s ancient historic sites are being destroyed faster than ever by widespread looting and land encroachment.

Parcak’s most recent work has been an effort to find ways to stop the destruction of archaeological sites. Thanks to the Ted 2016 prize and grant, Parcak and her team launched the Global Xplorer website in January.

The web-based program on Global Xplorer works like a video game. It presents a user with a number of real satellite photo tiles and, after a short tutorial, the user can mark signs of destruction. This crowd-sourced information is then sent to archeologists in the field, so the sites can eventually be explored and hopefully salvaged before extensive destruction.

Almost 33,000 volunteers have already explored 5.3 million tiles on the website.

The concept of using online volunteers to process data for archeologists came from Parcak and her desire to make archaeology more inclusive.

The destruction of archeological sites is largely driven by international economics and politics. If local people feel disconnected from their heritage, are facing financial troubles or are being recruited into criminal organizations, archaeological sites become an easy target for fast income.

Parcak has observed these international trends in looting data and has worked to combat looting surrounding her own archaeological projects in Egypt by hiring locals to help with excavation and security. After including more local workers on her sites, looting in the area decreased.

Parcak’s work with Global Xplorer is an attempt to recreate what she saw on in Egypt on a global scale.

Listening to Parcak speak enthusiastically about the way today’s technology can bring people together, specifically through live streaming and messaging, it seems Parcak truly believes in archaeology as a unifying force.

“We are learning about how much it can empower people,” Parcak said, reflecting on the feedback her team received after launching the Global Xplorer website.

Space archaeology is a way to quickly and effectively explore the globe, but it does have its challenges. Modern borders do not necessarily fall in line with ancient civilizations, and, more often than not, archeological sites can involve several neighboring nations.

Add in today’s development of satellite technology and one could see the challenge of navigating the logistics of exploration across foreign territories.

This challenge may seem too great for many, but most archeologists get along with their work just fine, and some, like Parcak, even find it appealing.

“One of the reasons I really like remote sensing is, more often than not, you can’t see borders,” Parcak said.

Of course, Parcak recognizes international borders, and they directly impact her work. But, she said they won’t stop her efforts.

“Modern borders do exist,” Parcak said. “What is interesting, and I think one of the many lessons that archeology has for us, is that walls don’t work.”

Archeologists, and even space archeologists like Parcak, spend a large amount of time in foreign countries, often developing close relationships with international colleagues.

“I work in the Middle East,” Parcak said. “I work with Muslims, and it’s going to be really interesting to see what happens in the current political climate.”

Archaeology is an international profession and relies closely on the relationships between nations for project permits, so it’s not surprising for Parcak to be concerned about the Trump administration’s approach to international relations.

Tensions are especially high among archeologists because many of them are racing against time to save as many ancient sites as possible. As such, setbacks from international political dynamics may have severe consequences.

“I just feel this weight all the time,” Parcak said toward the end of her speech at WKU. “My friends too — all of us feel like the weight of the world is pressing us down.”

But Parcak ended her talk with a note of hope.

“Look at the genius that represents human beings,” she said. “Look at all we have done throughout history. Human beings are creative. We’re resilient. We’re brilliant. And I think for studying archeology, we can begin to have so much more hope at where we’re going to go in the future.”

The nature of archaeology is changing, and Parcak is offering everyone, through Global Xplorer, the chance to shape our future by preserving our past.