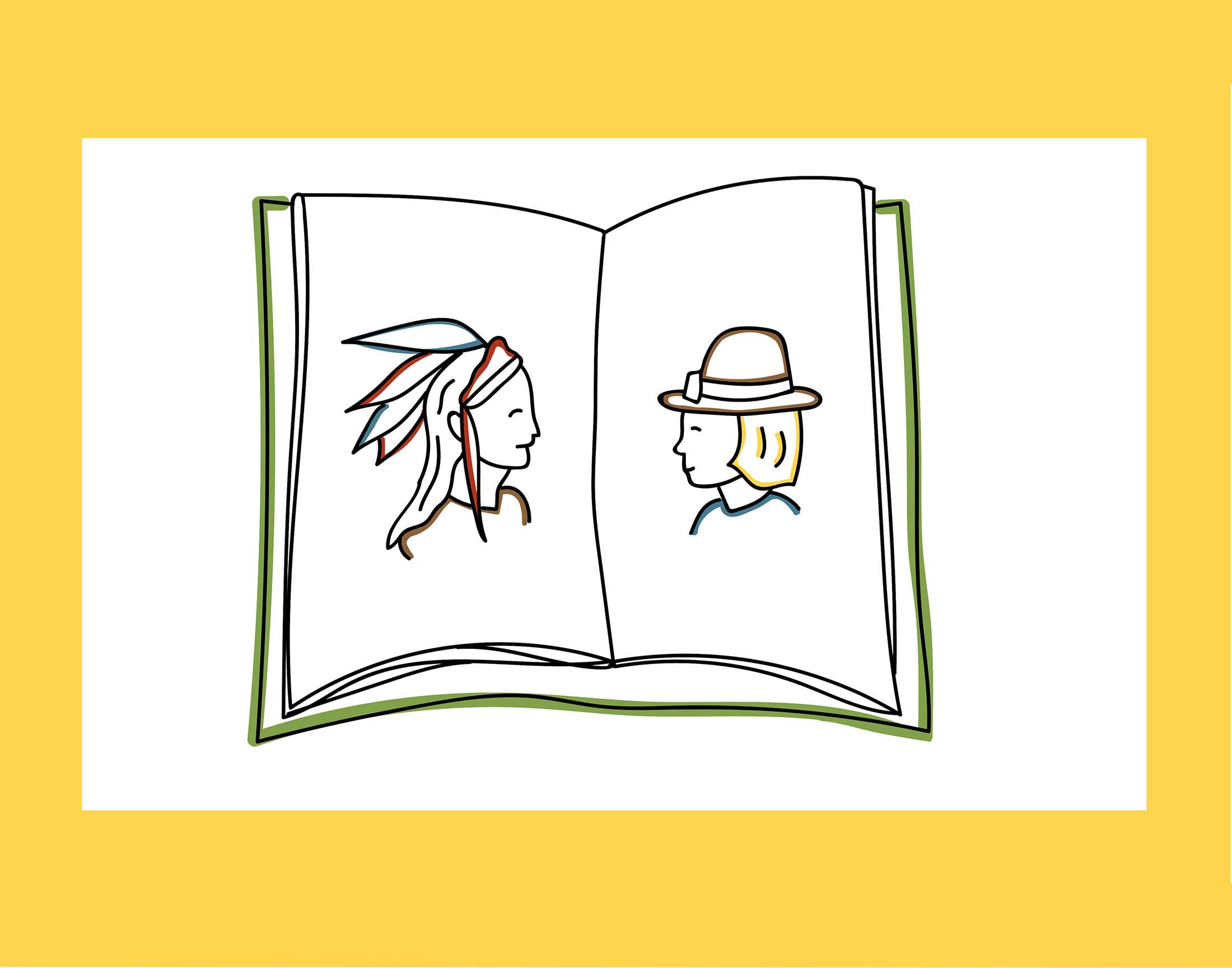 Commentary: The truth behind Thanksgiving

As you gather around your family’s table this Thanksgiving Day, Nov. 28, you may give thanks to everything you’ve been gifted throughout your life. Many Americans take this day to reflect on their past and realize how grateful they are to be in the position they’re currently in — surrounded by family, friends or both. The symbolism behind the national holiday is one of morality, but nothing about the real history of Thanksgiving is virtuous.

When many of us were in first or second grade, we were told to dress up as either a pilgrim who came over on the Mayflower or a Native American. We were told to make our costumes using old T-shirts and colored construction paper, and we would celebrate the first Thanksgiving as a class. This tradition in schools all across the country shows the systematic oppression of Native Americans for centuries on this continent. Not only are the colorful headpieces worn by non-Native children deemed politically incorrect — the joy and thanks surrounding Thanksgiving is misguided. The accounts of the first Thanksgiving that we’ve grown up with are still heavily debated, but more importantly, the struggles European settlers inflicted upon the Native Americans a generation later are rarely known.

There is a somewhat common knowledge of the first Thanksgiving, one that’s quite gruesome compared to the contemporary story. According to an article by Business Insider, some designate 1637 as the origin of Thanksgiving. This came after John Winthrop, the governor of the Massachusetts Bay Colony, proclaimed a day of thanks-giving to commemorate colonial soldiers after a successful massacre of 700 Pequot men, women and children.

The account that most people are familiar with goes a little something like this. According to History.com, the English colonists arrived in Plymouth, Massachusetts in September 1620, but the passengers stayed on board the Mayflower throughout their first winter and faced many early tribulations including disease and exposure to the elements. When they finally moved to shore in the spring of 1621, they were visited by a member of the Abenaki tribe who greeted the newcomers in English.

The member of the Abenaki tribe then returned to them with Squanto, a Pawtuxet Native American who showed the pilgrims how to properly use the land that they shared. At the end of a successful first harvest season in November, the governor William Bradford organized a three-day celebration with the colony’s Native American allies, including the Wampanoag tribe. This celebration is now widely considered the first Thanksgiving, even though both European societies and Native tribes alike celebrated the end of the harvest season prior to 1621. 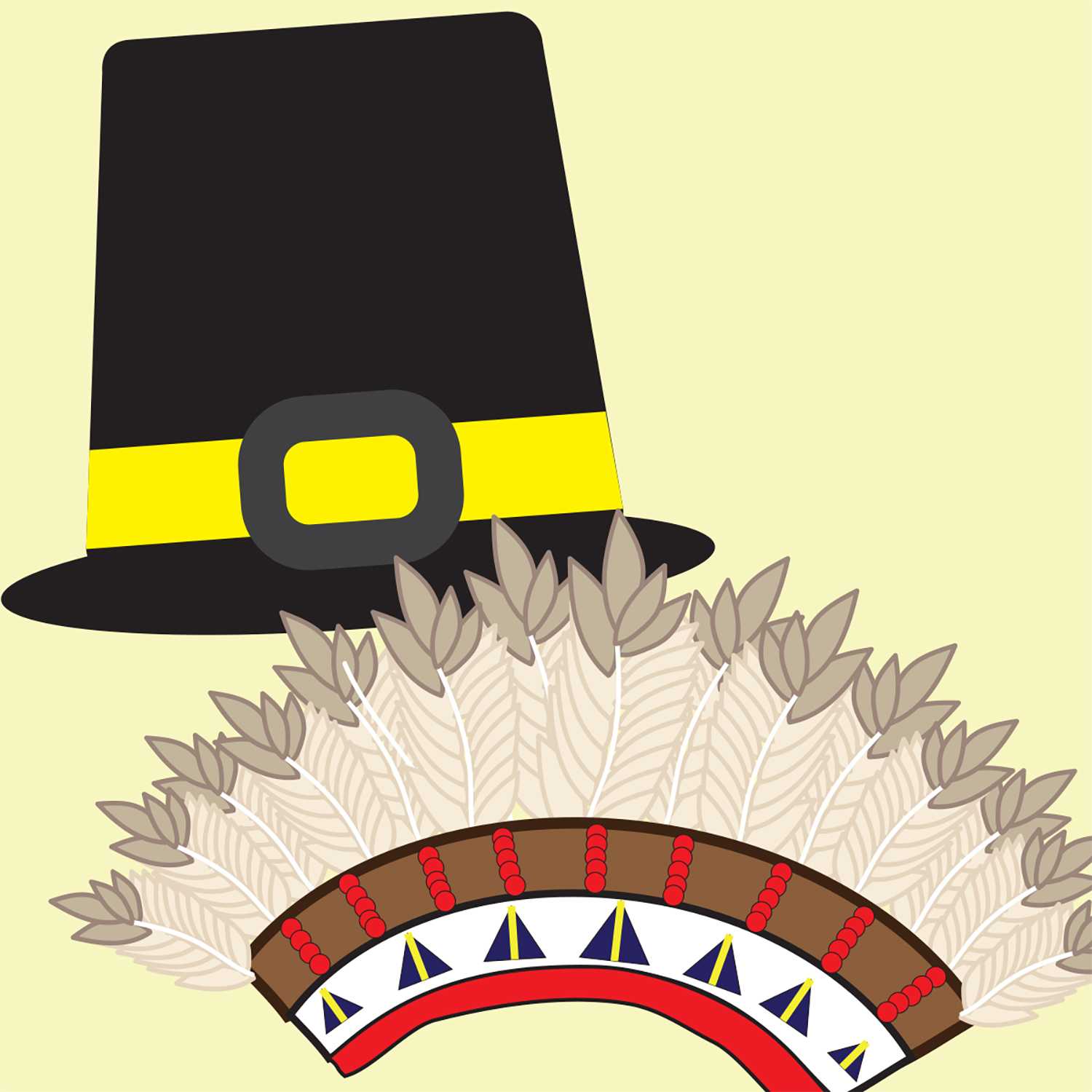 One general misconception about the celebration is what was served between the two parties. An article by The New York Times states that there is no evidence that turkey was ever dished out at the shared table. There was also no pie, as the Europeans lacked butter, flour and even an oven to bake anything. There is evidence that the Wampanoag brought five deer, and the settlers harvested crops. Possible inclusions to the menu include cornmeal, pumpkin and cranberries, but no sweet potatoes.

However, after a generation of prosperity between the Wampanoag and the Pilgrims, their relationship went south, according to the same article by Business Insider. The chief of the Wampanoag tribe, Massasoit, was an important ally of the settlers after they landed in Plymouth. He put a private trade pact in place and allied with them against the French and other Native American tribes. As thousands of newcomers came to the land, the relationship between the Wampanoag and the English became exhausted. Officials in Plymouth basically took over many aspects of Wampanoag life affecting their livelihood as colonists took more land for themselves.

Massasoit’s son Metacomet, or “King Philip” labeled by the English, inherited power of the tribe soon after, but relations were already broken. Several of Metacomet’s men were executed for the murder of a Punkapoag interpreter and Christian convert. This sparked a response from the Wampanoag as they began a series of raids against the settlers. The New England Confederation of colonies declared war against the Wampanoag in 1675, which drew in neutral colonies such as Rhode Island and tribes such as the Narragansetts. The Wampanoag abducted colonists for ransom, and English soldiers attacked the Narragansetts for harboring fleeing Wampanoag, killing 600 of them.

After an unsuccessful trip to New York to recruit allying tribes, Metacomet was shot and killed in battle at Mount Hope in Rhode Island. The colonists beheaded him, stuck his head on a spike and displayed it outside Plymouth for 25 years. As for Metacomet’s allies, they were all either killed or sold into slavery to the West Indies. The ultimate death toll could have been as high as 30% of the English population and 50% of the Native American population in New England. This war was just one of countless violent skirmishes between Native Americans and people trying to take their land, whether they identified as European or American.

No matter what account you choose to believe in terms of the first Thanksgiving celebration, there is no doubt that the aftermath of such violence took a huge toll on Native Americans. Discrimination against Native Americans is prevalent to this day. According to a national survey conducted by NPR in 2017, between 23% and 39% of Native Americans have experienced discrimination in different forms, such as being “discriminated against because they are Native when being paid equally or considered for promotions (33%)” or “people making insensitive or offensive comments about their race or ethnicity (39%).”  In History classes, we may learn about the French-Indian War, the Native American removal process and the Trail of Tears, but these early continental battles between Natives and the colonists were the precursor to centuries of oppression and discrimination.