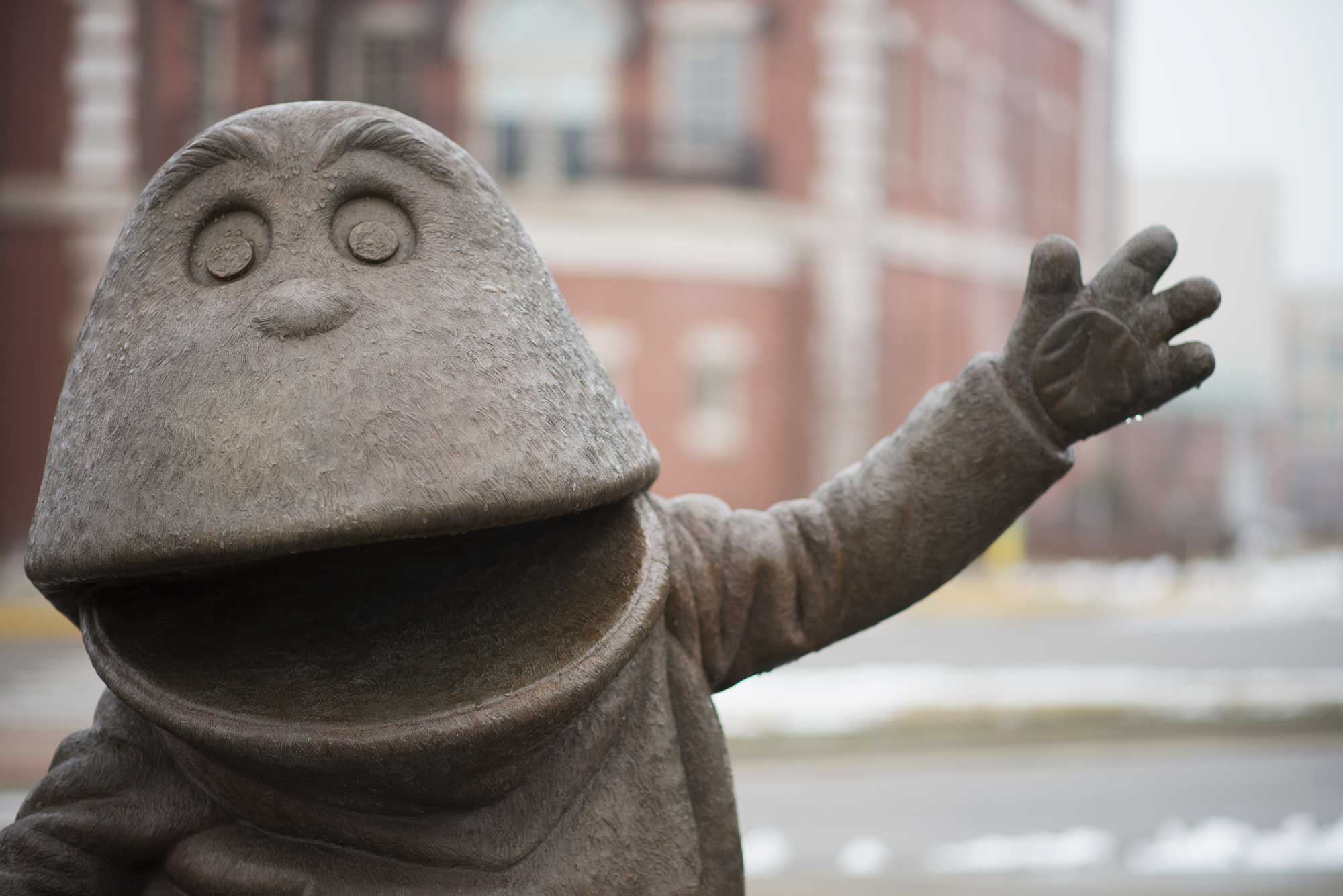 The Weird and Mostly Untrue History of WKU’s Statues 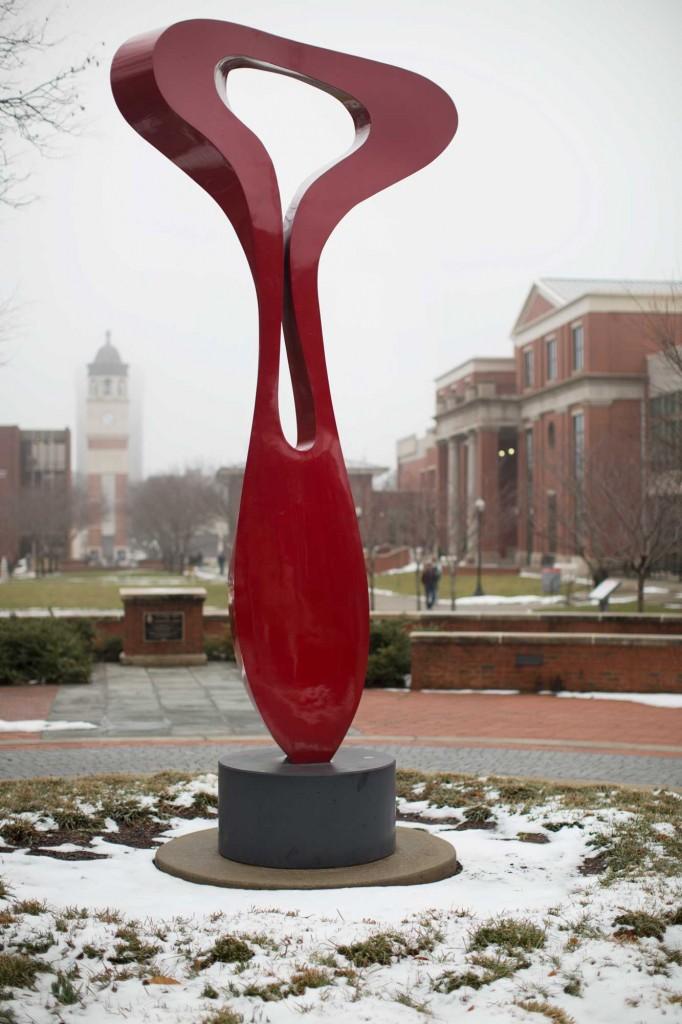 Here are a few hypothetical reactions from the crowd at the statue’s unveiling:

“Is Big Red allowed to have that out in public?”

“It reminds me of being born.”

“It seems a little inappropriate.” 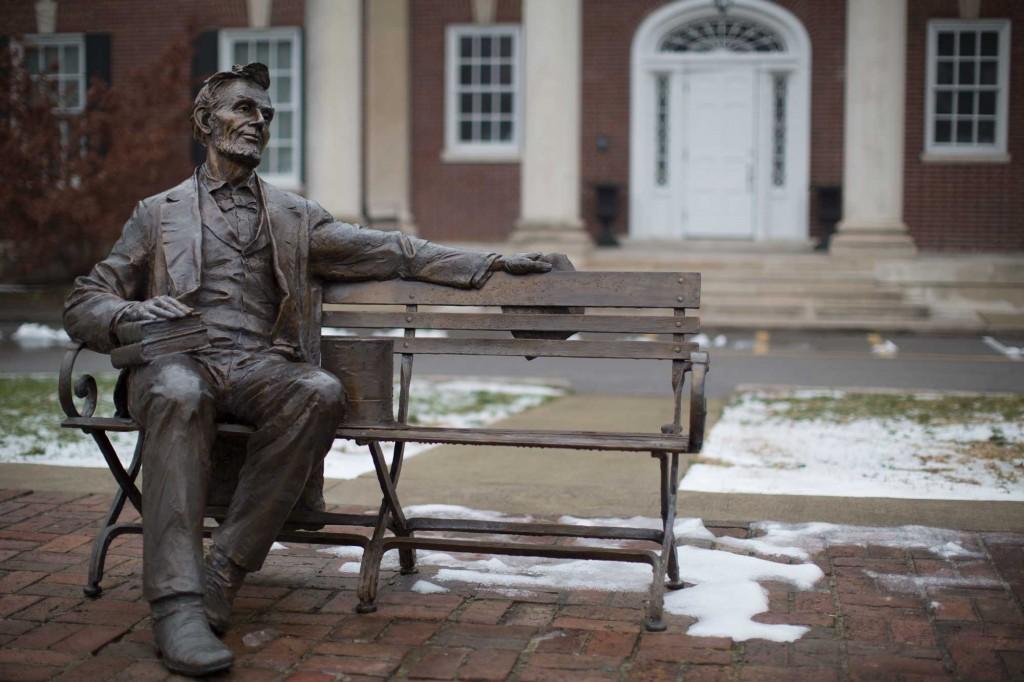 “Honest Abe” is one of WKU’s most recognizable statues, but it could probably be found anywhere in Kentucky. Most Toppers don’t know that Abraham Lincoln was one of WKU’s brightest students. Before going on to serve as President of the United States, he was president of Kappa Delta sorority as well as the secretary of the Honors Toppers. He also coached the women’s basketball team.

The statue was dedicated in the fall of 2008 and was created by Gary Lee Price of Springville, Utah, according to WKU’s Outdoor Sculpture Campus Tour Guide. WKU’s statue is probably the real Abraham Lincoln, just encased in bronze. The guide encourages students to share the bench with Mr. Lincoln, but not to touch him.

Fun fact: You can tell Abe any secret that you need to, and he will keep it. They don’t call him Honest Abe for nothing. (He will tell if your secret involves hurting someone else, though. He’s like a priest.)

“Trust,” also known as “Oh My Gosh, Be Careful with Her!” 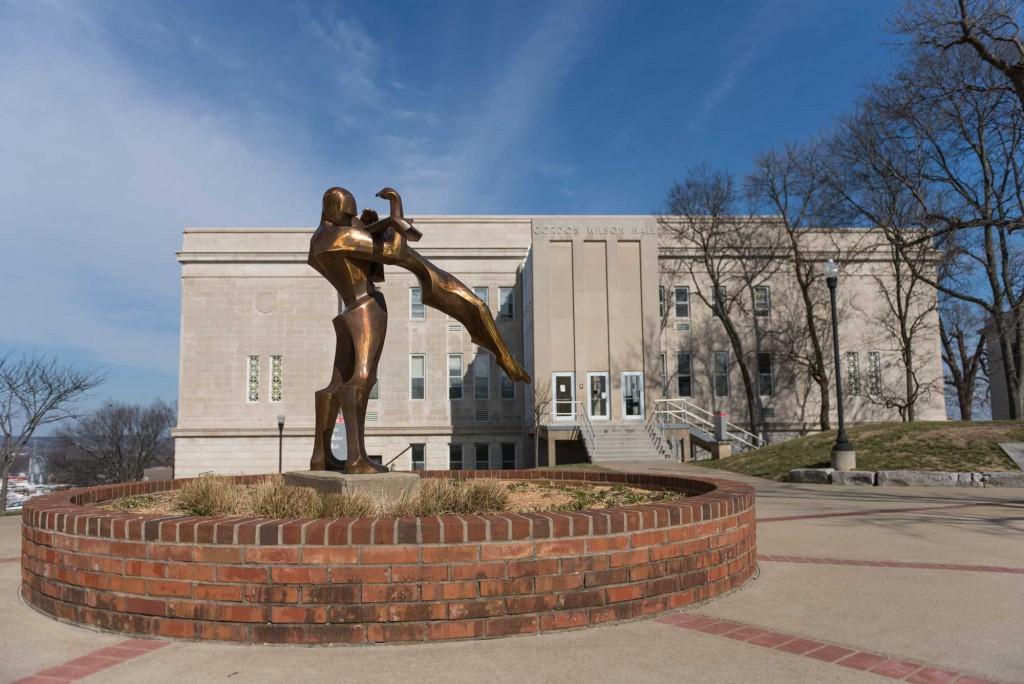 This slightly alarming statue is situated near Van Meter Hall. It was installed in June 2008.

Many students mistake this statue for two students fighting or throwing each other. Don’t call the police or stand around yelling, “Fight! Fight! Fight!” — it’s just two dancers having a good time and trusting each other. We could all learn something from them.

“Chauncey Too,” also known as “That Creepy Bunny from ‘Donnie Darko’” 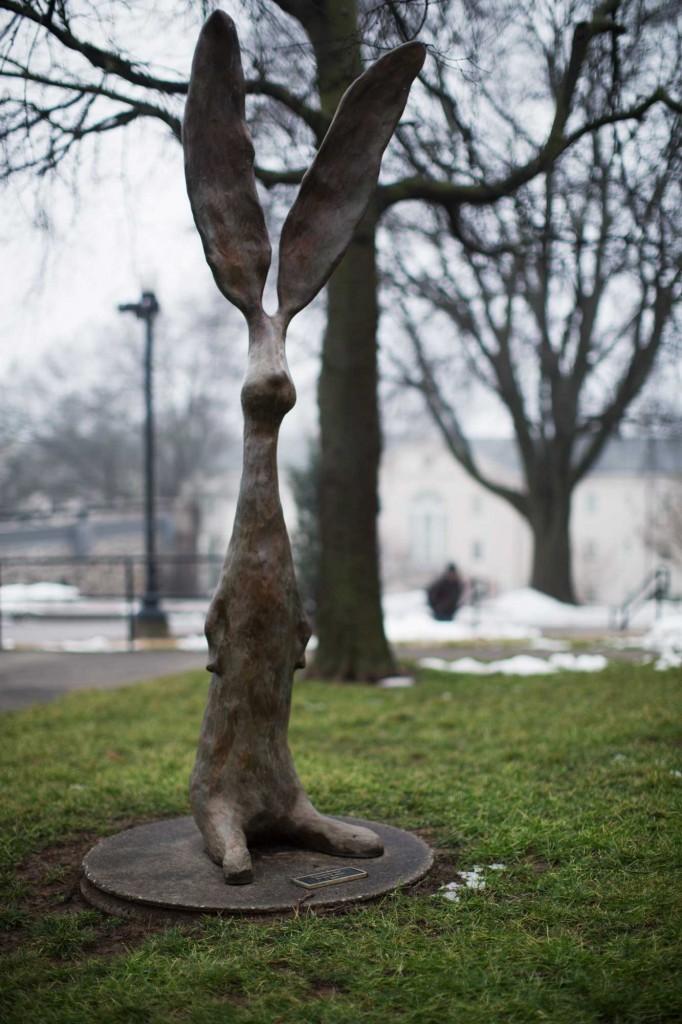 “Chauncey” was installed in October 2007.

Here’s a different theory: he passed through a wormhole from an alternate timeline, and he’s here to save you from some falling airplane parts.

Or he’s just here to remind you that Easter is weirdly early this year. 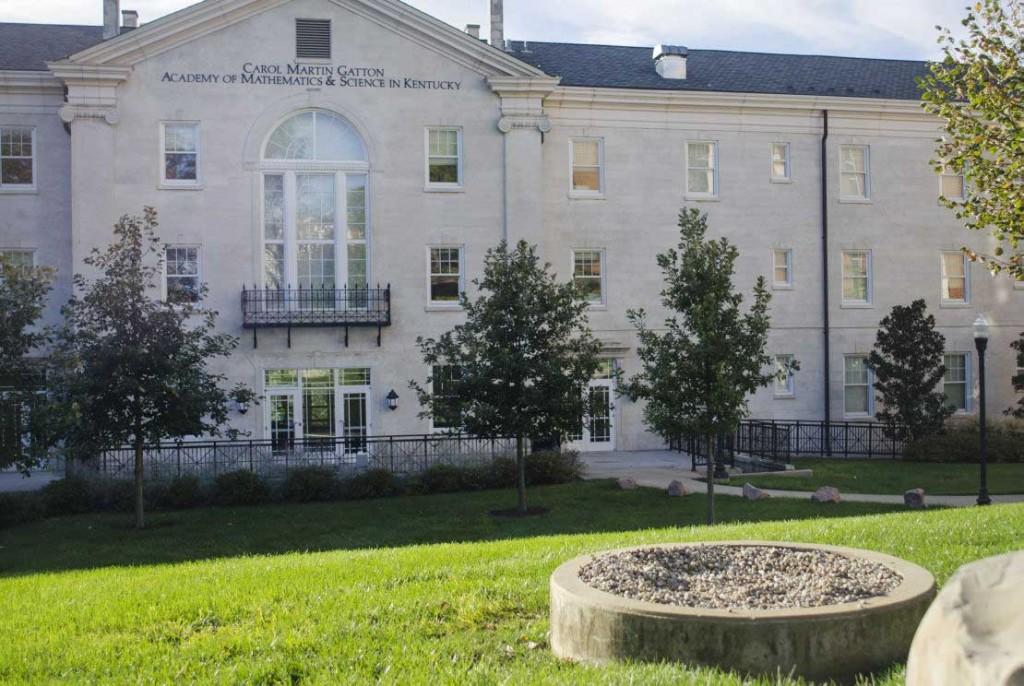 “Crane Unfolding” was created by artist Kevin Box. It hit campus in 2008, right outside of the Gatton Academy.

Students have taken it upon themselves to undo Mr. Box’s work ever since.

A frequent target of vandalism, “Crane Unfolding” is controversial and edgy, and not just because of those sharp lines. People just can’t keep their hands off it.

One wonders how much more vandalism “Crane Unfolding” will take before it decides to just fly away. 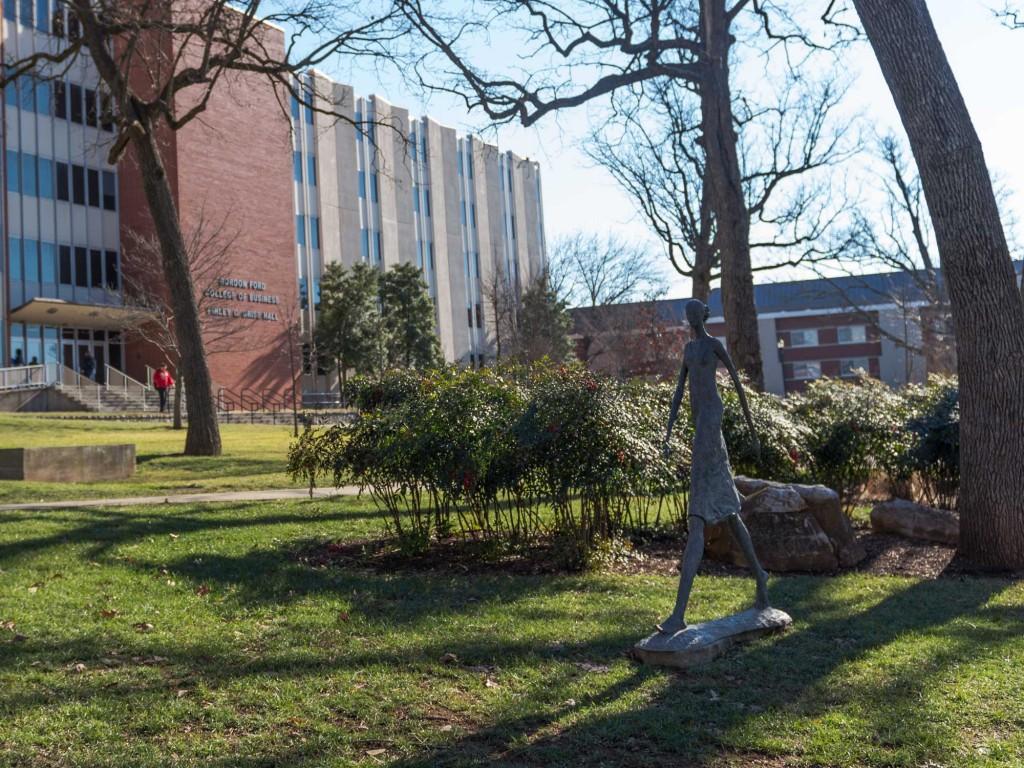 Oddly enough, this is not your quirky, ethereal friend who always has on the coolest dresses and never wears shoes — it’s a statue!

“Woman Walking” was installed in fall 2006 and was created by Tom Corbin.

She always seems to be walking to her class in Grise Hall, but she never seems to get there. You know her attendance grade has to be terrible. You’ll send her the notes from class, though, right?

“Sergeant First Class Robert H. Guthrie,” also known as “Is Somebody Following Me?” 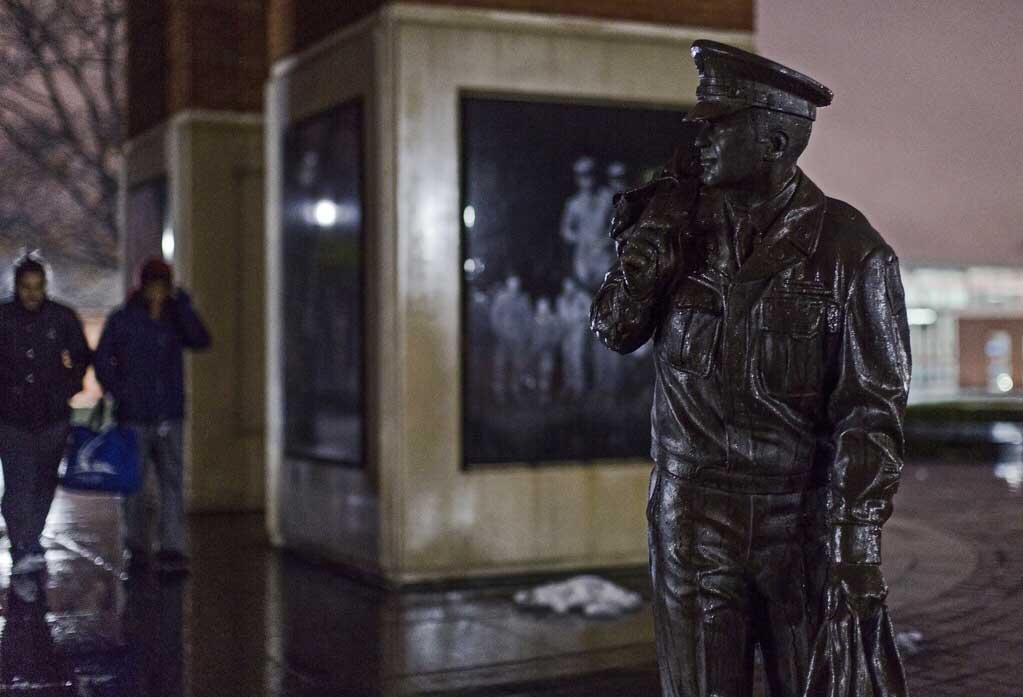 This statue is known for scaring students walking alone at night after printing/sleeping in Mass Media for hours on end.

While Mr. Guthrie’s posture is undoubtedly kind and inviting during the daytime, something about the darkness of the night makes him seem like a real creep. And he just stands there, staring. Get a grip.

Guthrie was dedicated in May 2002. The statue is a memorial to all “past and present heroes associated with WKU who served in our nation’s Armed Forces.”

It’s also a reminder that you’re always being watched, and you should definitely walk with a friend whenever you can.

“Bicycle,” also known as “So This Is Modern Art” 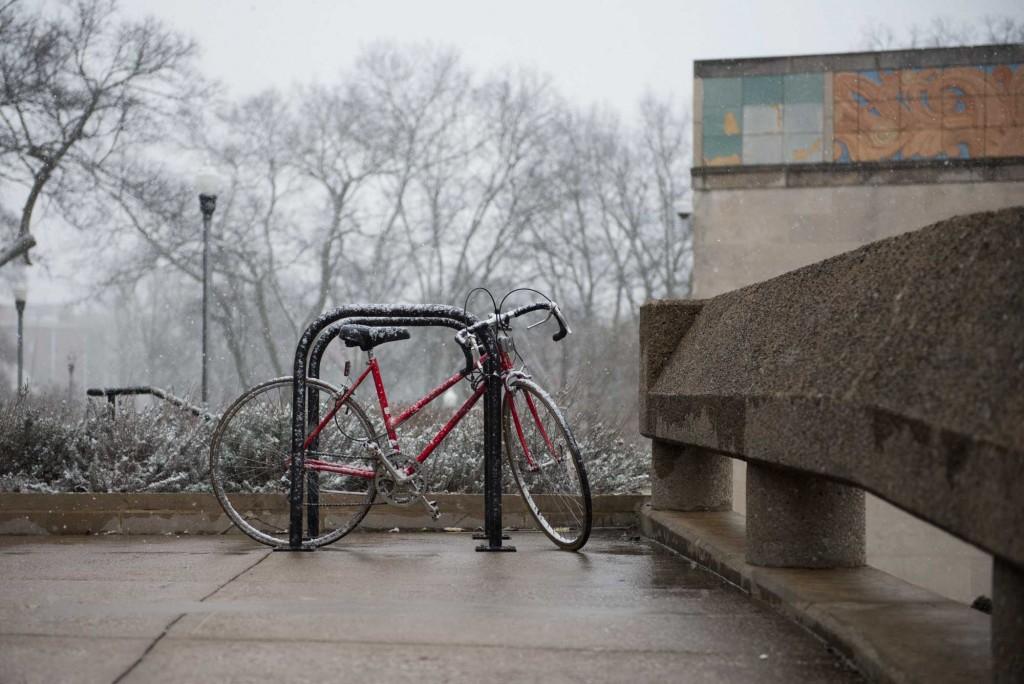 This guy is always taking up space on the bike rack. No one is sure if this is a piece of modern art or just the product of someone’s laziness.

The artist is unknown, but some believe the bike to be a gift from France in commemoration of E.A. Diddle’s victory in the 1920 Tour de France. The title was stripped from Diddle after it was discovered that he used a WKU red towel to wipe sweat from his brow, which is not regulation gear.

WKU offered to return the statue, but France said, “Non, just keep it.”

Or somebody just left their bike here. Who knows!

“Big Red,” also known as “The Gaping Maw of Western” 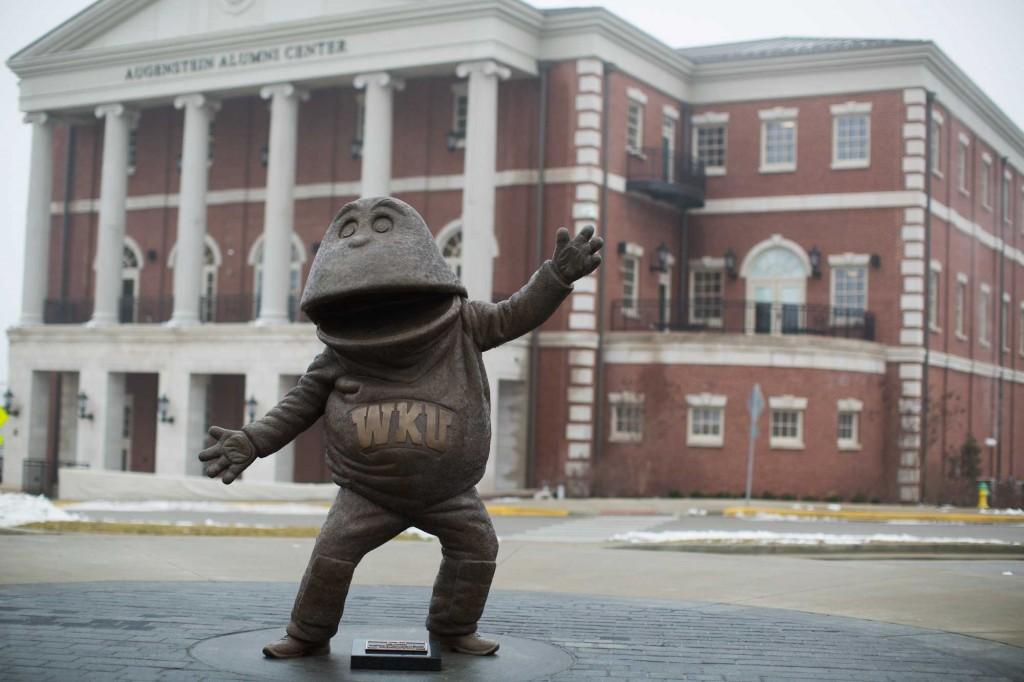 Big Red is one of the more recent additions to WKU’s sculptural family. He erupted, fully formed, from the center of the earth upon the completion of Augenstein Alumni Center. He is a joint gift from WKU alumni, Hades, the lord of the Underworld, and Chili’s.

Big Red serves as a reminder that even though you leave WKU, it never leaves you. We need your money for more statues.