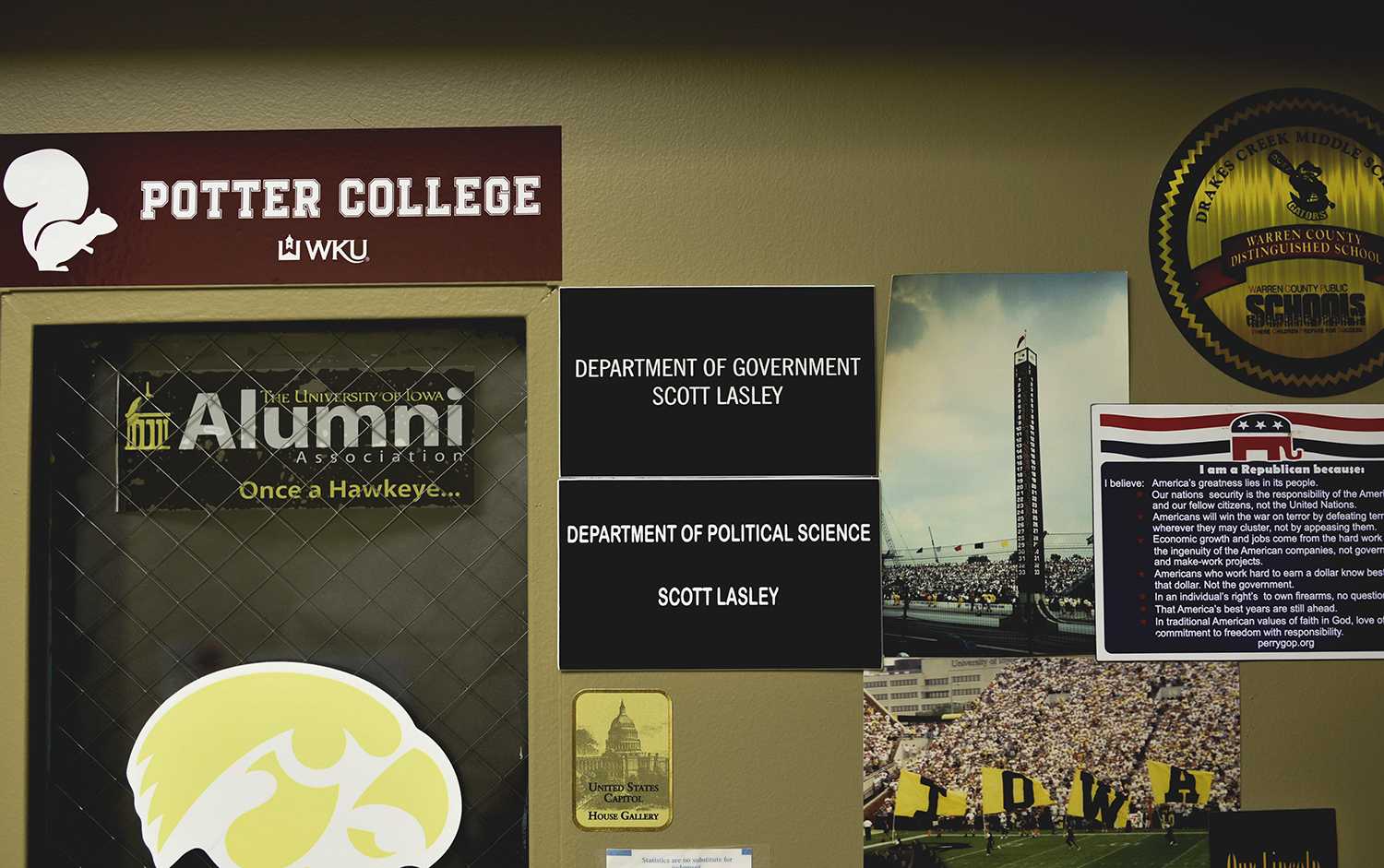 What really happens to a vote for Trump

During the 1787 Constitutional Convention, political representation was a hot topic. The delegates at the convention could not decide if future presidents of the United States should be elected based on the popular vote or by a special committee. Eventually, to stop the argument, Founding Father James Wilson proposed a solution: the Electoral College.

This entity gave each state electors based on its number of congressmen, which is based on state population as determined by the census. These electors were given the responsibility of casting the official votes for president, typically based on the popular vote.

Over 200 years later, the Electoral College is still in practice and is made up of 538 electors across the country. Kentucky has eight of these electors.

In the 2016 election, WKU is home to one of those individuals, political science professor Scott Lasley.

This means if Donald Trump wins the popular vote in Kentucky, Lasley will cast a direct vote for him. In essence, if you vote for Trump, you are truly voting for Lasley to cast his electoral vote for Trump.

Becoming an elector took Lasley quite some time and dedication to the Republican Party of Kentucky. But even before moving to Kentucky from Minnesota, Lasley had already been exposed to politics for years.

“Both of my parents served as campaign managers for state House candidates in Minnesota,” Lasley said. “It’s just something I’ve grown up with.”

When Lasley first moved to Kentucky, he slowly immersed himself in the local political sphere. He began his Bowling Green career as the adviser for the WKU College Republicans. Lasley no longer serves that organization but has made an ascent into local politics.

In 2004, he became involved in local party politics. Since then, Lasley has served on the Republican Party of Warren County executive committee. In 2008, he was elected vice chair of the local party, and a few years later he was chosen as chair of the district party, a position he still holds. His leadership in the party locally led him to also serve on the Republican Party’s state executive and central committees.

Lasley’s experience and political capital were instrumental in receiving his position as an elector.

Lasley was chosen at the 2nd Congressional District convention.

There is no formal campaign process to become an elector, but Lasley said facts such as influence, experience and connections help. The position is typically given as a “reward or recognition of contributions or an effort made with the party over a period of time,” Lasley said.

He said a state’s electors change, too.

“They tend to rotate the position because it is an honor,” Lasley said.

If Trump wins the popular vote in Kentucky, Lasley, as an elector, will travel to Frankfort on the first Monday after the second Wednesday in December to cast his official ballot.

Electors in Kentucky are not technically required to vote according to the popular vote, but Lasley said he will not be a faithless elector. That means if Trump wins the popular vote in Kentucky, Lasley will cast his Electoral College ballot for Trump. If Trump does not win Kentucky’s popular vote, only the state electors aligned with the Democratic party will go to Frankfort to vote.

Still confused about how the Electoral College works? Watch this video.