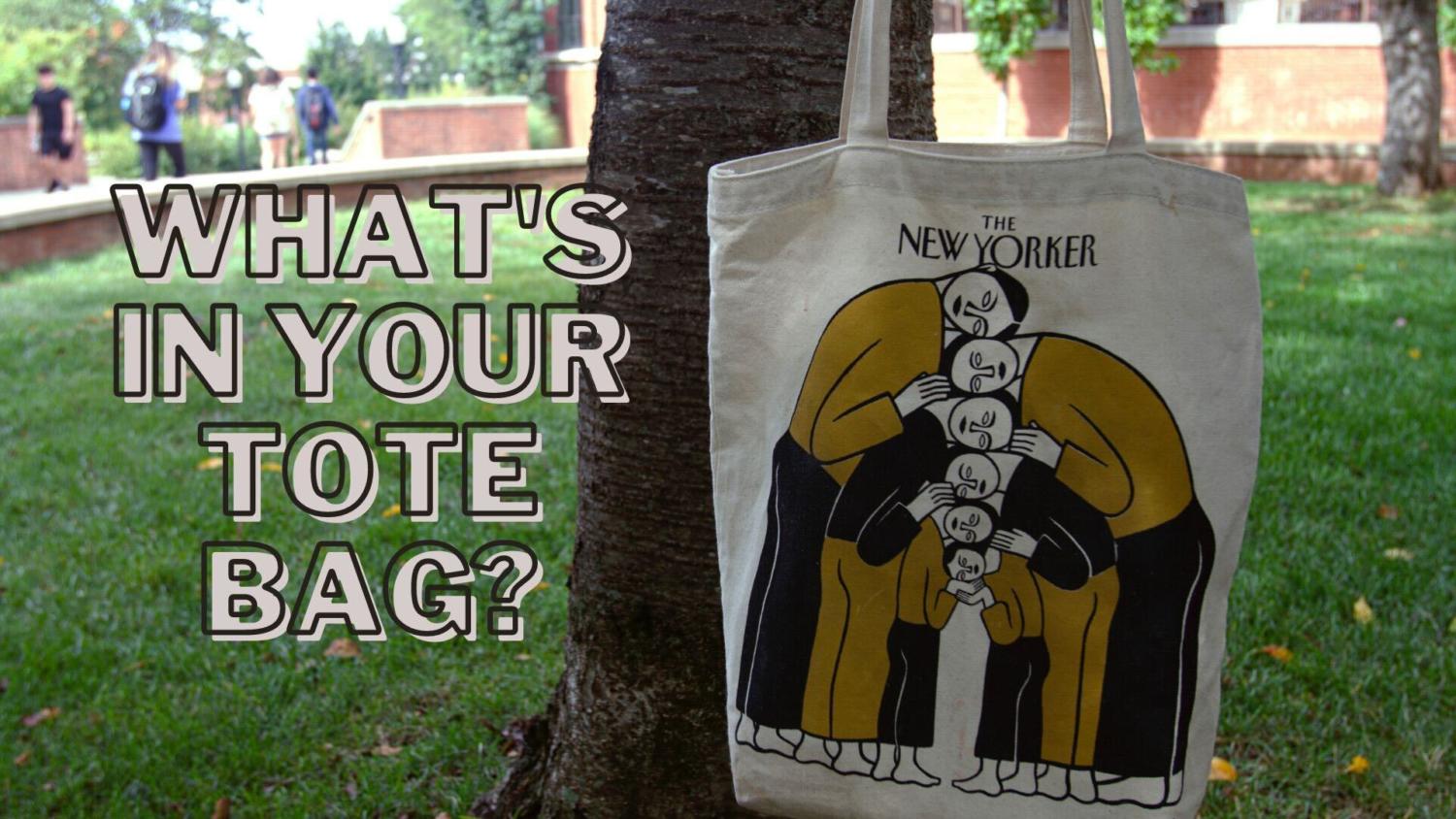 What’s in your tote bag?

As a recent trend swept across campus, several WKU students traded out their backpacks for tote bags, giving students the opportunity for self-expression both in and out of the classroom.

Some may consider tote bags to be cute, trendy and practical, but what exactly are WKU students putting in their bags? Talisman staffers approached students passing by DSU and asked if they’d share the items in their tote bags.

Sporting a neutral-toned New Yorker tote bag, freshman Bailey Reed from Crestwood wore her heart for journalism on her sleeve. She is a journalism major on the Hill, and her tote bag reflected her passion.

“I feel like it explains my major,” Reed said.

Pencil pouches, journals, a claw clip, composition notebooks, a reporter’s notebook, Apple AirPods and a bottle of coffee find a home in her bag each day.

Reed said tote bags are not only a way to transport what she needs to class, but they are an opportunity to share a little more about herself with the rest of the world.

“I feel like you’re trendier if you carry one,” Reed said.

Students like her find the bags as an extension of their own outfits, allowing them to not only carry their things, but create a fashion statement as well.

“I feel like it’s better with outfits,” said Reed.

Louisville freshman Shelby Cooley said that their choice to use a tote bag depended on what they needed to carry for class and their plans for the rest of the day.

Cooley, a dance and film major from Louisville Kentucky, said most of their classes don’t require textbooks.

“I just like them better than a backpack, and it’s cute,” said Cooley.

She carried with her an umbrella, a dance notebook, an iPad, binders, medicine, gum, pens and pencils.

“I was like not feeling the backpack. It just gets heavy,” said Hall.

Inside Hall’s tote bag lived all her campus essentials. She carried her laptop, two notebooks, a pencil pouch and one textbook for her class from earlier that morning.

Freshman Aimee Johnson from Nancy said she found herself motivated to choose a tote bag over a backpack because of a general preference mixed with a light class schedule.

“I just brought what I need,” Johnson said on her way to class.

Johnson, like many other students, decided to carry her tote bags in and out of the classroom.

“I’ll use it like a purse most of the time,” Johnson said. “I almost always have a book, too.”

Johnson said she purchased her tote bag in the same store she had bought her pants, helping show off her style even in the way she carried her things.