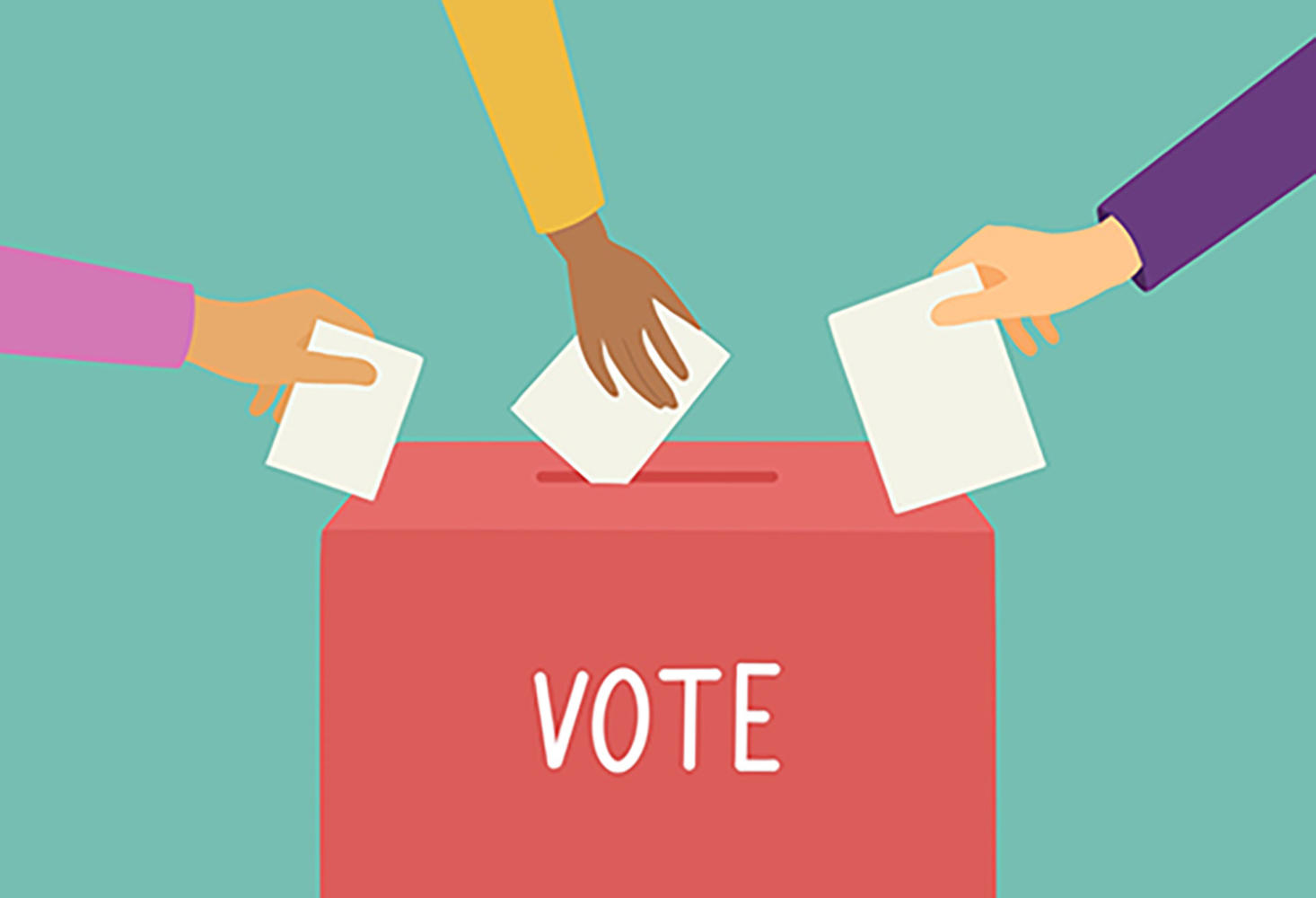 Why I’m voting “no” on Amendment Two

Election Day is Tuesday, Nov. 8, and in addition to voting for midterm election candidates, voters will also be asked to vote “yes” or “no” on two new permanent amendments to the Kentucky Constitution, one of those being  House Bill 91, an amendment related to abortion.

The U.S. Supreme Court’s decision to overturn Roe v. Wade left the responsibility of deciding abortion’s legality to each state.  Before this, Kentucky had already banned abortions that do not save the life of the pregnant person or save a life-sustaining organ from being damaged.

Now, Kentucky Legislative proposed an amendment to the Kentucky Constitution that will prevent funding for and ban access to all abortions. I am voting “no” on this amendment, and here’s why you should, too.

To gain a deeper understanding, it’s important to know the history of abortion in the law. The easiest way to explain this is to start from the beginning.

The Roe v. Wade case of 1973 determined that the right to privacy established in the 14th Amendment included a woman’s right to terminate her pregnancy, striking down many federal and state laws restricting abortions.

Whereas Roe v. Wade stated that abortions could only occur during the first trimester without state regulation, in 1992, Planned Parenthood v. Casey altered this structure in support of fetal viability. This meant that an abortion could not be performed if the fetus had reached a stage of development where it would be able to live outside the uterus, which was determined to be the first 23 to 24 weeks within a pregnancy.

Following Planned Parenthood v. Casey in 2018, Mississippi enacted the Gestational Age Act, which banned most abortions after the first 15 weeks of pregnancy.

In 2022, Thomas E. Dobbs, a Mississippi state health officer, was sued by the Jackson Women’s Health Organization for violating the Planned Parenthood v. Casey decision on viability after the Gestational Age Act was enacted.

The Supreme Court ruled in this case, Dobbs v. Jackson, that the Gestational Age Act is not unconstitutional. This overturned the decisions made in both Roe v. Wade and Planned Parenthood v. Casey, giving states full control over abortion regulations.

Charlotte Goddard, the regional field organizer of Planned Parenthood Alliance Advocates for Western Kentucky, said this decision has been in action for decades.

“This was a long game of strategy played by extremist politicians,” Goddard said. “They used the court system and legislative branch to bring their personal, ideologically partisan agenda to fruition.”

Goddard said that many states have been preparing for this by passing what are known as “trigger bans” or “trigger laws.” Trigger laws are ones that are passed in preparation for an immense change in federal regulations.

Trigger laws become enforceable when a key change in circumstance occurs. For example, the 2015 ruling of same-sex marriage in Obergefell v. Hodges overturned the case Baker v. Nelson, stating that same-sex marriage is a constitutional right.

The trigger laws that were enacted during the Obergefell v. Hodges ruling that would have banned same-sex marriage became void because those trigger laws became unconstitutional.

In this case, that change was the rescinding of Roe v. Wade. The trigger laws that couldn’t be enforced due to banning abortion being unconstitutional are now enacted.

Before Roe v. Wade was overturned, there were two trigger bans that were set in motion in the Bluegrass state: House Bill 148, which not only prohibited the distribution of any abortion related procedures but made it a class D felony to do so, and House Bill 3, which required a parent or legal guardian’s signature for abortions to be performed on a minor.

The Kentucky Circuit Courts granted the request of temporary restraining orders on these bans by the American Civil Liberties Union of Kentucky as they made their way through court, but the Kentucky Court of Appeals did not rule on the merits of the case at the time.

House Bill 91 will undo this temporary restraint and permanently change the Kentucky Constitution.

Goddard said that before it passed through the legislature in 2021, the House proposed that amendments be added to the bill to reflect exceptions involving rape, incest and situations endangering the life of the pregnant person. That amendment to the bill was denied by state Court of Appeals Judge Larry Thompson.

“The language is emotionally charged,” she said. “Representing a selective, specific and extreme set of rigid beliefs while ignoring the social, financial and physical intricacies and complexities of pregnancy.”

By voting “yes” on this amendment, you are not voting to ban abortions, you are only voting to ban safe ones. One argument against abortion falls under the assumption that abortion is a last minute decision made by “irrresponsible women,” but that is not that case.

According to Guttmacher Institute’s Principal Research Scientist Rachel Jones, more than half of the patients seeking an abortions between 2000-2014 reported using some form of contraceptive in the month they became pregnant.

Whether the contraceptive being used was condoms, birth control or both, in the midst of an unexpected pregnancy, abortions can be crucial. It is no one else’s business to decide when someone else is ready to experience pregnancy, birth and childcare.

With that being said, 59% of patients seeking abortions have already given birth at least once. Goddard discusses that her grandmother, born in 1939, had already had five children by the 1960s.

Ectopics pregnancies happen when the fetus develops outside of the uterus, which can lead to severe health issues of the surrounding organs.

“When abortion is legal, it is safer than wisdom tooth extraction,” Goddard said. “Abortions are a common health intervention.”

Abortions also immensely aid in the financial and economic decisions of both single and multi-person households.

“Some other considerations to make are that states with the strictest bans have worse health and economic outcomes for women and families,” Goddard said.

According to the Institute for Women’s Policy Research, it was found in 2021 that “restrictive abortion laws cost state and local economies $105 billion annually.” This is because it reduced “labor force participation and earning levels” and increased “time off and turnover among women ages 15 to 44 years old.”

Goddard said that banning access to safe abortions has led to little to no postpartum Medicaid coverage,​ no insurance coverage for an extended supply of contraceptives and affects educational attainment and learning potential, all of which is supported by the Center for American Progress.

Minority communities throughout history have been the guinea pigs for unlawful experiments such as the Antebellum Medical Experiments, the Tuskegee Syphilis Study and the case of Fannie Lou Hamer.

Minority communities will suffer at the hands of this new amendment because it will reinforce the disproportionate impact healthcare laws have on them.

As of 2020, the maternal mortality rates for non-Hispanic Black people are at 55.3%, compared to non-Hispanic white people at 19.1%.

“With the current bans in place, we are expecting to see a 21% rise in overall maternal mortality in Kentucky and as high as (a) 33% rise among Black women,” Goddard said.

According to Rape, Abuse and Incest National Network, 21% of transgender, genderqueer and nonconforming college students have been sexually assaulted. This is compared to a rate of 18% for females and 4% for males who do not fall under these categories.

LGBTQ people have been proven to be more inclined to seek an abortion than heterosexual people. A 2019 study done by the Harvard T.H. Chan School of Public Health found that “bisexual participants were three times as likely as heterosexuals to have had an abortion.”

The reasons reported included cost, wanting privacy and fear of being denied or mistreated during clinical care.

Voting “yes” to Amendment Two would deny abortions to those who are in worst case scenarios in addition to those who aren’t, as well as actively endorsing medical establishments that do not provide a welcoming or safe environment for people in need.

This topic is not a slippery slope and abortions aren’t something that should only be accessible in extreme cases.

According to the Pew Research Center, approximately 57% of Kentucky residents believe that abortion should be illegal in most or all cases. Residents ages 30-49 make up the majority of people holding tis opinion. However, according to the National Library of Medicine, people ages 20-29 hold the highest abortion rate per year.

Although most Kentucky residents are pro-life, abortion is an issue that should be decided on a personal basis. If the demographic whose lives are most affected by abortion laws is pro-choice, the laws should reflect that.

Banning access to safe abortions is dangerous. Whether that danger be physical, mental, emotional or financial, the decision to have an abortion is not up to someone who is not the pregnant person.

“Kentucky will be left without abortion access with no way to fight it in court,” Goddard said. “That is why it is so important for voters to turn out to vote on Election Day or early voting to defeat this amendment.”

College students who are registered to vote in Kentucky and are unable to vote in their precinct on election day may be able to apply for an absentee ballot with their county clerk.