Three women banded together during the fall 2019 semester and since then have been gathering around tables on WKU’s campus creating by-laws that they hope will be followed by women on WKU’s campus in Theta Gamma Chi forever.

Students at WKU began founding a new sorority during fall 2019, Theta Gamma Chi, to promote cultural diversity. Theta Gamma Chi is looking to recruit international or domestic women who are currently WKU students and have a passion for learning about other cultures. The organization wishes to participate in community service and philanthropy initiatives while celebrating other cultures.

The three founders became inspired to create the sorority through a combination of their own backgrounds and interactions with Beta Gamma Omega, a multicultural fraternity at WKU.

“I have a lot of friends here because of the connections I’ve made with the international fraternity on campus, and I really would like to provide that same effect, but for women,” said Whitesville senior Sierra Valdez, the external vice president of Theta Gamma Chi.

Danville sophomore Mia Kendrick, the president of Theta Gamma Chi said that having a diverse group of women is important to her. 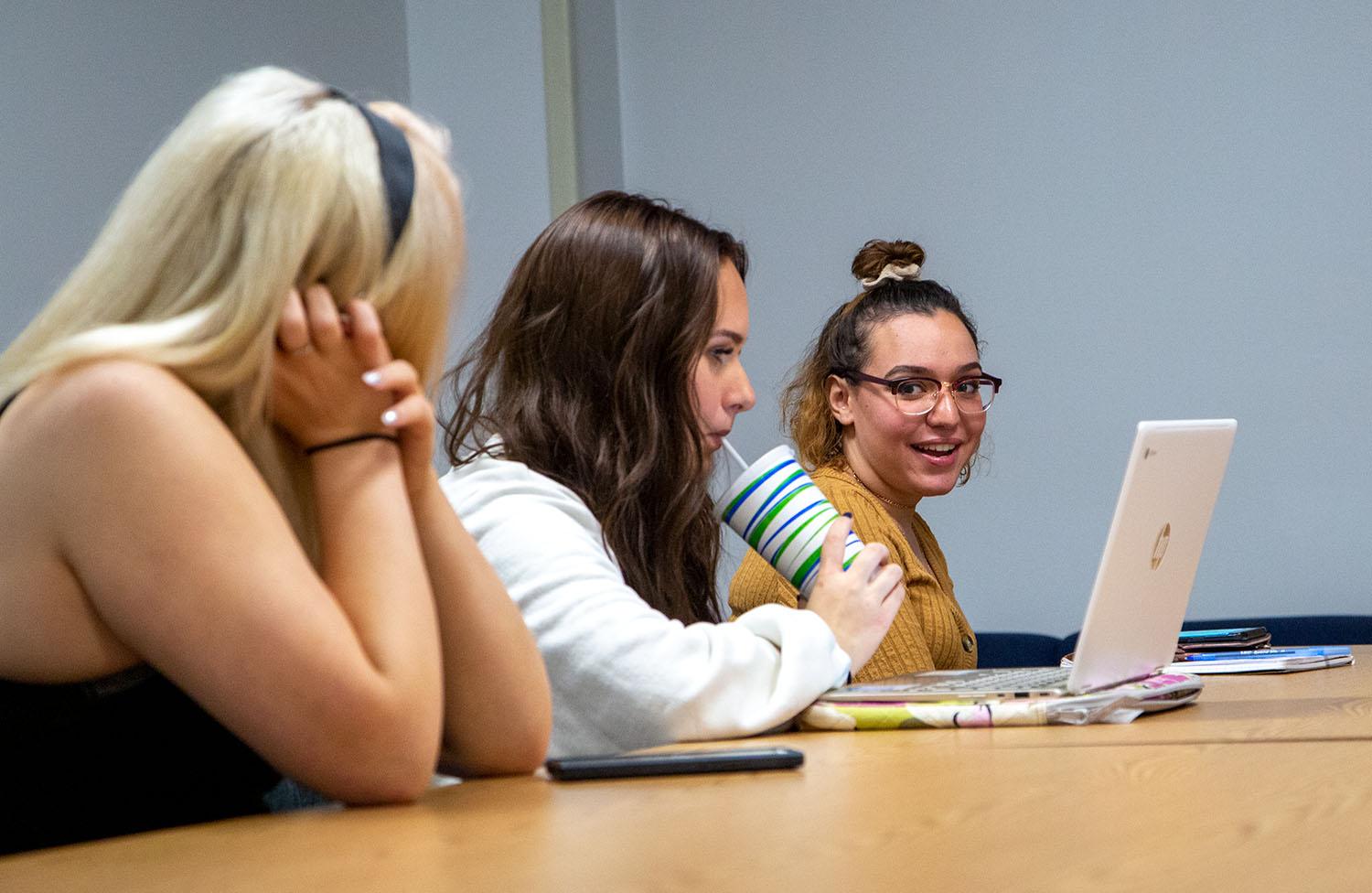 Sabrina Abdel-latif (right), a junior from Laurel, Maryland, goes over business at the sorority’s meeting. “Because it is student run, I think this gives students the opportunity to make the sorority what they want”, Abdel-latif said.

“For me personally, I think that diversity and cultural inclusion is very important and something that I value a lot,” Kendrick said. “Also, I wanted to establish more connections and friendships with other girls on campus while also learning about other countries.”

Two goals the founders have been working on since the beginning are writing a constitution and bylaws and working to gain Registered Student Organization, or RSO, status. The founders have a clear vision of what they want to achieve during the spring 2020 semester.

“What is so appealing about a young organization like this is that if you join early on, you get to shape it to what you want it to be,” said Sabrina Abdel-latif, a junior from Laurel, Maryland. Abdel-latif is the public relations and recruitment chair for Theta Gamma Chi.

The main purpose of the organization is to bring women from different cultures together and share their cultures.

“We want to build a great network for our members and indulge in the interests of other cultures,” Valdez said. “We want to get involved with other organizations on campus, in the community, have bonding activities and everything.”

Though a lot of the structural aspects of Theta Gamma Chi are similar to that of other sororities and fraternities, Abdel-latif and Valdez want to ensure that members have a unique experience.

“We will offer a nontraditional Greek life experience where you are actually being productive and being able to contribute to your society at a level that you are happy with,” Abdel-latif said.

Valdez wants to make sure the sorority enables women to be exposed to different cultures.

“Our sorority is a place for women to relate to other women who want to study cultures or who want someone from a different background that they can relate to,” Valdez said.

The founders are working on building a partnership with an organization in Bowling Green that they can serve. Theta Gamma Chi’s brother fraternity works with the International Center for Kentucky and the women of Theta Gamma Chi would like to do a joint event with them.

The organization currently has 20 members, but they have made recruitment efforts since their founding in October.

“I’m really excited about becoming an official RSO,” Kendrick said. “Right now, we’re in the process of trying to be recognized by WKU, and since we hadn’t started the sorority until after the deadline passed for registration this semester, we have to wait for next semester. Becoming official will allow us to do more things like tabling in DSU for recruitment.” 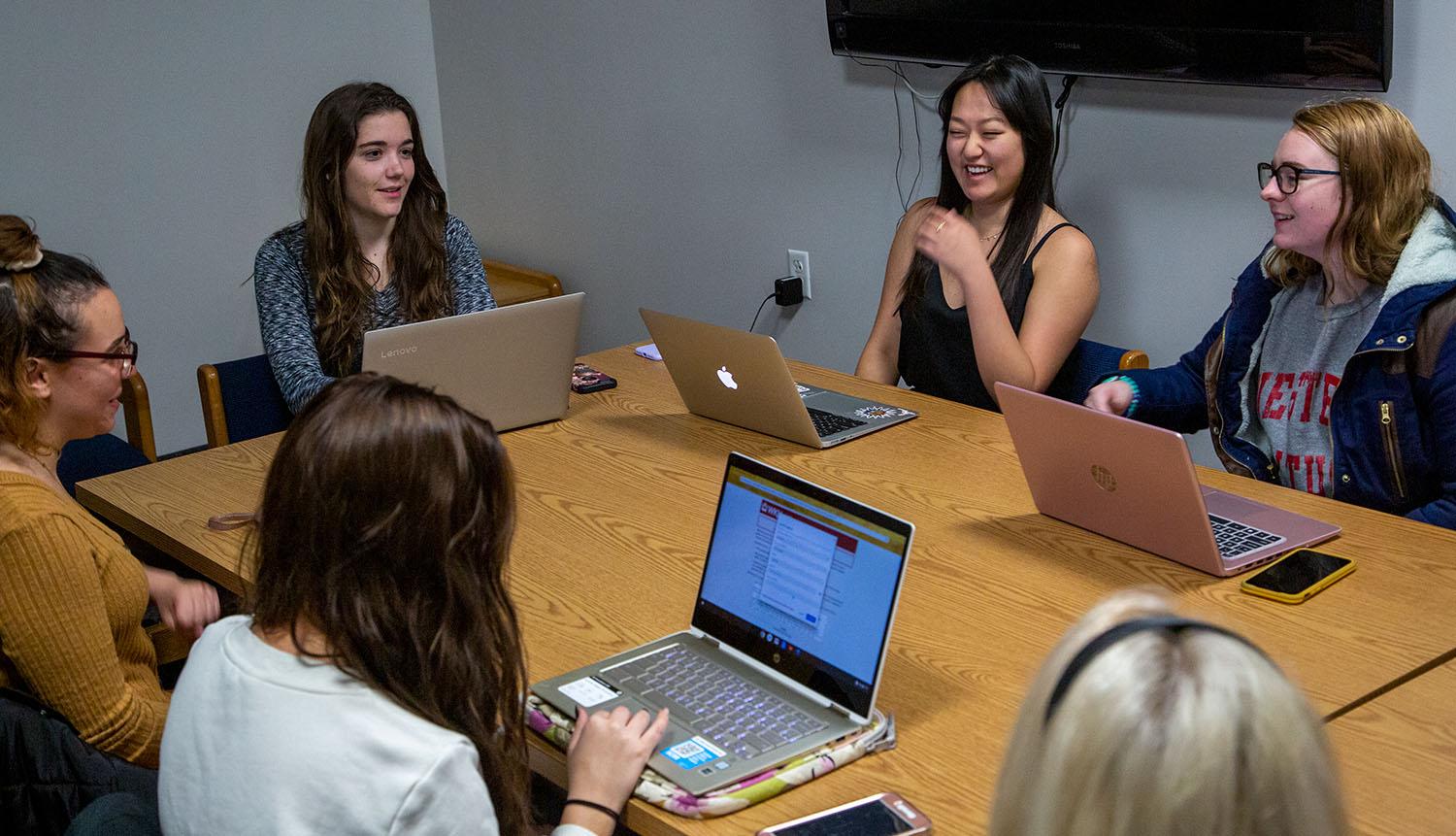 Theta Gamma Chi is a student run organization that started in Fall 2019. Mia Kendrick, a sophomore from Danville, started the sorority. “I thought it was a good opportunity to meet people and cultivate a diverse group of girls on campus,” Kendrick said.

Abdel-latif said they handed out flyers in Northeast Hall and they have seen interest from residents within that building. She sees the low membership fee as a big factor.

The membership fee is currently $50, and there are payment plans available for those who cannot pay upfront. The time commitment is a one-hour weekly meeting.

“The low fee makes it really appealing,” Valdez said. “And I think this sorority is something women could really use when they first come to campus to make those close friends.”

“One of the most enjoyable things for me when it comes to interacting with our (brother) fraternity is that I get to meet the Spanish speakers, and I have gotten to bond with them through that,” Abdel-latif said. “Having little things like that in common and being able to speak and relate to other people is a great way to help them feel comfortable.”

The founders are excited to make a difference in both the WKU and Bowling Green communities.

“I can’t wait to organize events and start fundraising and making a difference,” Valdez said. “I love having the opportunity to meet other women from different countries because before I came to Western, I knew very little about other cultures, and this is pretty common.”

The founders want to recognize and include the vast international student community at WKU.

“I’m just trying to give back to the community, and working with international students is incredibly exciting,” Abdel-latif said. “That’s what I look forward to myself. Even making a single person’s time on campus better is important to me.”

“Overall, there is strong support for the sorority from the Latino community,” Valdez said. “We love to gain continuing support across campus.”

Theta Gamma Chi has its spring rush week the week of Feb. 17-21. For more information on Theta Gamma Chi and its upcoming recruitment events, check out their Instagram or contact sabrina.abdellatif124@topper.wku.edu.