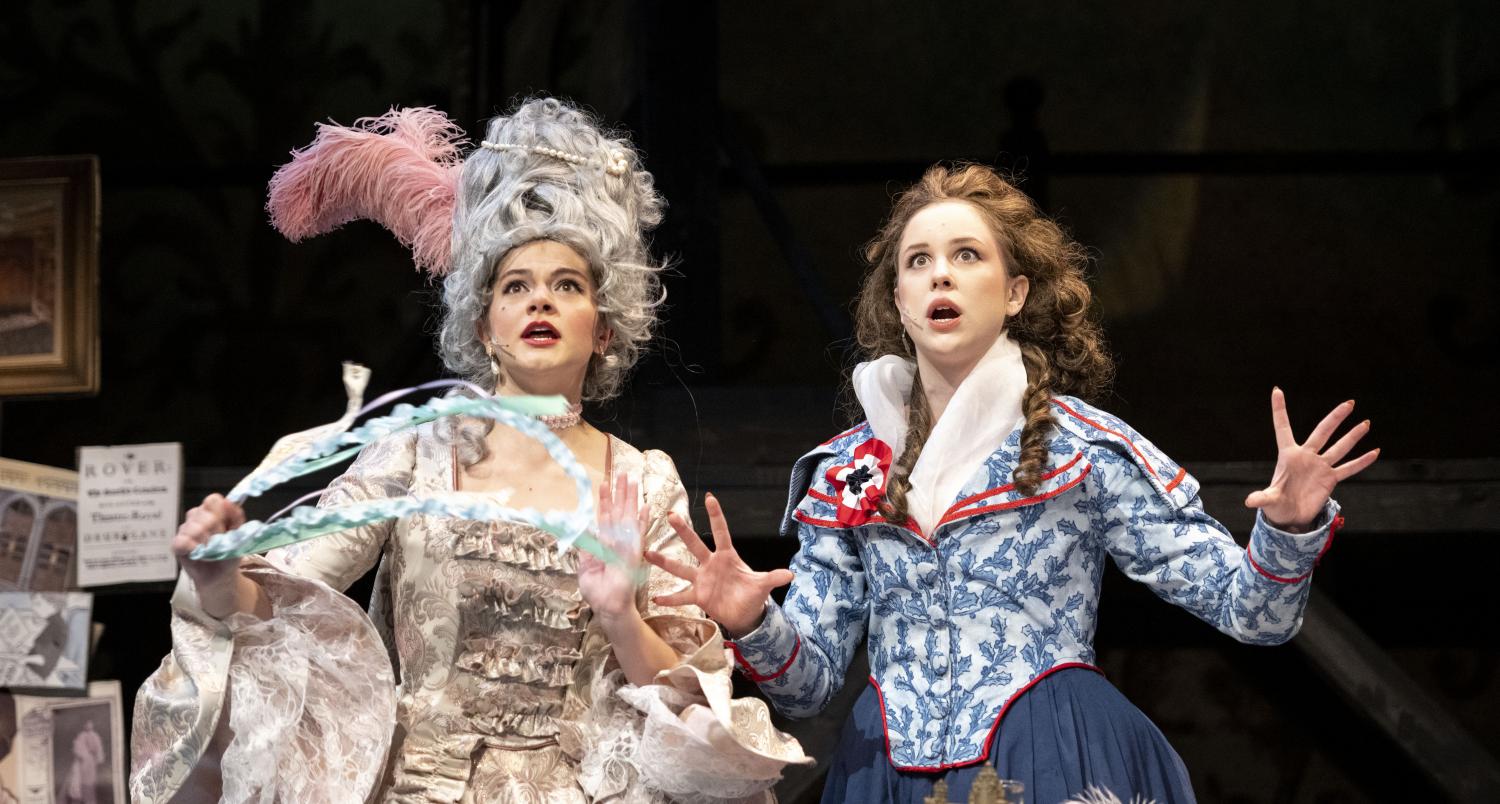 A soft hum of conversation filled the Russell Miller Theatre as people filed in on Saturday, Nov. 6 to see “The Revolutionists,” directed by Michelle Dvoskin, associate professor and theatre program coordinator. WKU’s theatre and dance department selected this comedic play, which showcases four important women during the French Revolution, as one of this year’s main stage performances.

When the doors closed at 7:30 p.m., there weren’t many open seats left. A few moments later, Elizabeth Garapic made her first appearance on the stage as Olympe de Gouges, a French playwright and political activist.

Garapic is a junior at WKU pursuing a Bachelor of Fine Arts in acting. Garapic said she loves the relationships she’s built from acting.

“In this show, I particularly cherish the camaraderie I feel with my castmates, and the bond I have built with my character, Olympe,” Garapic said. “She has taught me so many things about trusting myself and the importance of a good story.”

“The Revolutionists” focuses on the lives of Olympe de Gouges, Charlotte Corday, Marie Antoinette and Marianne Angelle and the important work that these four women pioneered during the French revolution.

“I hesitate to admit that I had never even heard her name before this show, and that we all had a hard time pronouncing it at first,” Garapic said.

Garapic wasn’t the only actress who wasn’t familiar with the role she was cast as. Kat Johnson, a sophomore from Houston, Texas, also had never heard of their character, Charlotte Corday, who was an assassin.

“I read Charlotte’s character, and that was the first I had heard of her,” Johnson said. “And that’s the point this play is making, that you never think of these women besides Marie Antoinette.”

The play is a two-act comedy written by America’s most produced playwright in 2017 and 2019, Lauren Gunderson. “The Revolutionists” audibly resonated with the audience, made clear by the bursts of laughter that frequently followed each actress’s witty lines, especially those of Marie Antoinette.

“I had read the play beforehand because I’ve always loved history and someone had suggested this play to me,” Hagan said.

Hagan explained how demanding the week before the play, also known as tech week, can be. This is especially true for cue-to-cue day.

Cue-to-cue day is when the backstage crew prepares. It is a tedious process of moving through each lighting and sound cue. It’s the day when backstage gets the most practice.

Hagan said that the tech crew practices every lighting and sound cue. Garapic and Hagan both said that they enjoy the relationships that they’ve made through the play, so they didn’t really mind cue-to-cue day.

“It’s just us standing and stopping, and it’s usually a pain, but it was actually really fun this year because whenever they would call ‘hold,’ we would just hang out on stage and talk to each other,” Hagan said.

Katie Hurst, one of the assistant stage managers, said she enjoys the backstage preparation.

“It’s such a rush to watch all of the actors and actresses run around and try to get to their places,” Hurst said.

Hurst said she was not familiar with “The Revolutionists” before working as an assistant stage manager for it, but she appreciates the way Lauren Gunderson’s writing portrays historical female figures.

“It’s really interesting to see how she takes historical figures and reworks them into a whole new thing,” Hurst said. “I love how the whole cast is women, and most of the creative crew is also women.”

At 9:30 p.m., the four cast members came to the front of the stage one by one as the audience roared with applause. The cast received a standing ovation, which only felt natural after the hard work they put in to put on the exciting and educational experience.