Oct. 8 was the Warren County Democratic Candidate Rally, which gave Kentucky Democrats an opportunity to meet and speak to Warren County residents. Candidates were able to talk about different issues that they felt were prominent in Bowling Green and how they planned to make changes.

“I think we have to take a step back though and recognize what’s happening in our country right now,” McGrath said. “And I know Patti said it a couple of times and many candidates have said that a couple of times tonight — this is absolutely the most important election of our lifetime.” 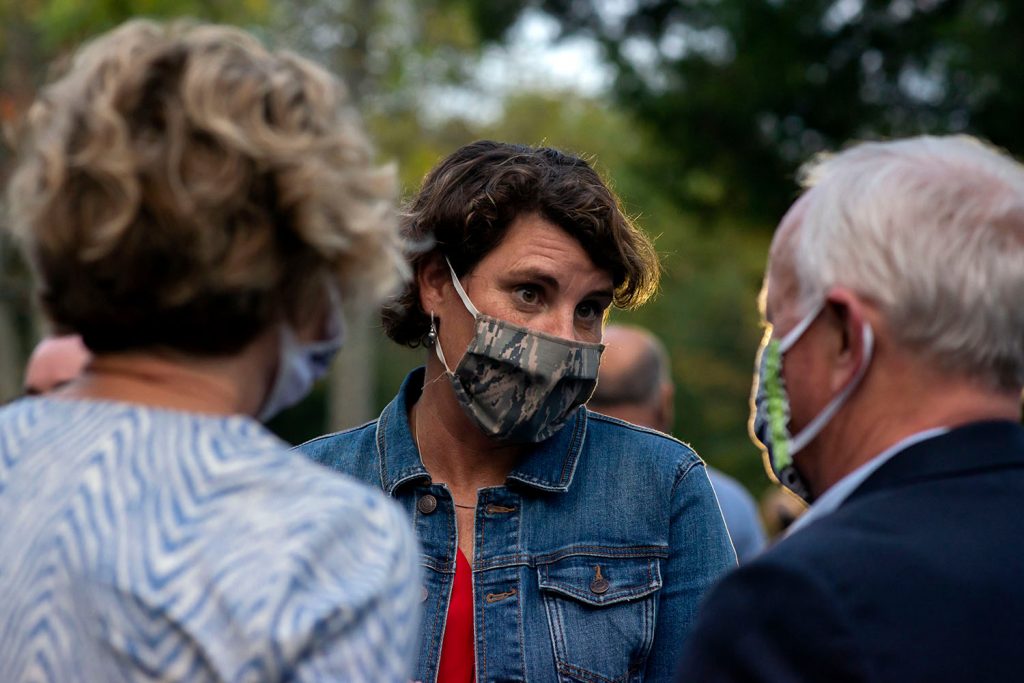 Amy McGrath talks with supporters before her campaign event at the Garvin House in Bowling Green on Oct. 8. McGrath is challenging Mitch McConnell, who has been in office since 1985.

The last day to request a mail-in ballot in Kentucky is Oct. 9. In-person early voting begins Oct. 13 until Nov. 2, and Election Day is Nov. 3. Registered voters can request a ballot or find their polling location at www.govoteky.com.

McGrath said the audience must love Kentucky because they showed up to hear her and the other candidates’ speeches.

Rep. Minter, who is also a WKU history professor, shared her support for the other women on the ballot, specifically McGrath running for the U.S. Senate.

“Strong women on this ballot [and] strong candidates on this ballot, I’m proud to stand with all of them,” Minter said. “I am proud to stand for re-election as your state Representative in Frankfort. I promised you two years ago that if you sent me there I would stand up and I would show up for you every day. And right now, one of the things at stake in this election is the Supreme Court.”

“I am running for city commission on a platform that will challenge our racist drug laws in decriminalized cannabis in Bowling Green, Kentucky, because what is illegal for a Black man cannot be simply naughty for a white man,” he said. 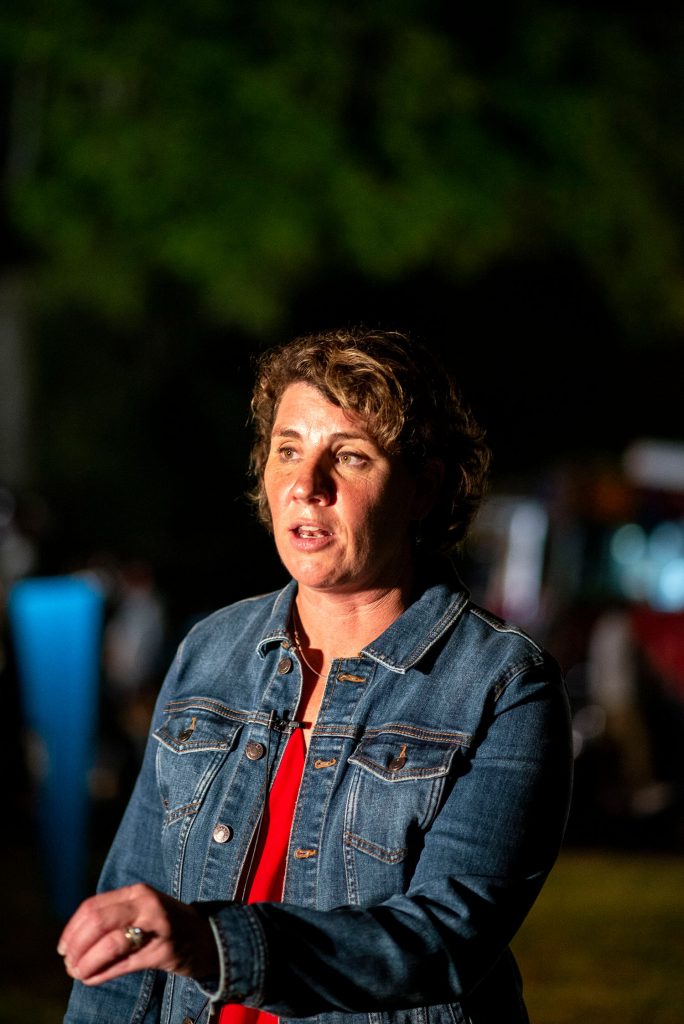 McGrath speaking to reporters shortly after finishing her speech at a campaign event in Bowling Green on Oct. 8. McGrath made time to speak to local media and supporters, being one of the last people to leave the event. She called on everyone in attendance to reach out to friends and urge them to vote.

Carter said he is also running a campaign against no-knock warrants that allow police officers to enter homes unannounced and in support of one that “will disarm the police and have less lethal means of enforcing the law.”

The rally was live streamed and is available to watch on Warren County’s Democratic Party’s Facebook.