Our bodies are not our own

Because we usually only hear the terms “sexual assault” and “sexual violence” as synonyms for rape, we often let predators off the hook. The truth is there is a spectrum of sexual assault which includes acts that vary in severity and legality.

According to Kentucky law, when someone subjects another person to sexual contact by forcible compulsion, it is sexual abuse or assault. However, someone having their ass grabbed at the bar may not seem like it warrants a call to the police. There are no “he kissed me without asking” rape kits. This means it is up to us. We, as a society, have the power to shed light on these predatory behaviors. We have the power to examine the way our behaviors affect other people, and we have the power to change.

The following accounts are stories told anonymously by real women in Bowling Green who have been victims of sexual violence. They range in severity but have the same lasting effect on each victim — a feeling of violation and powerlessness after the assault or interaction. 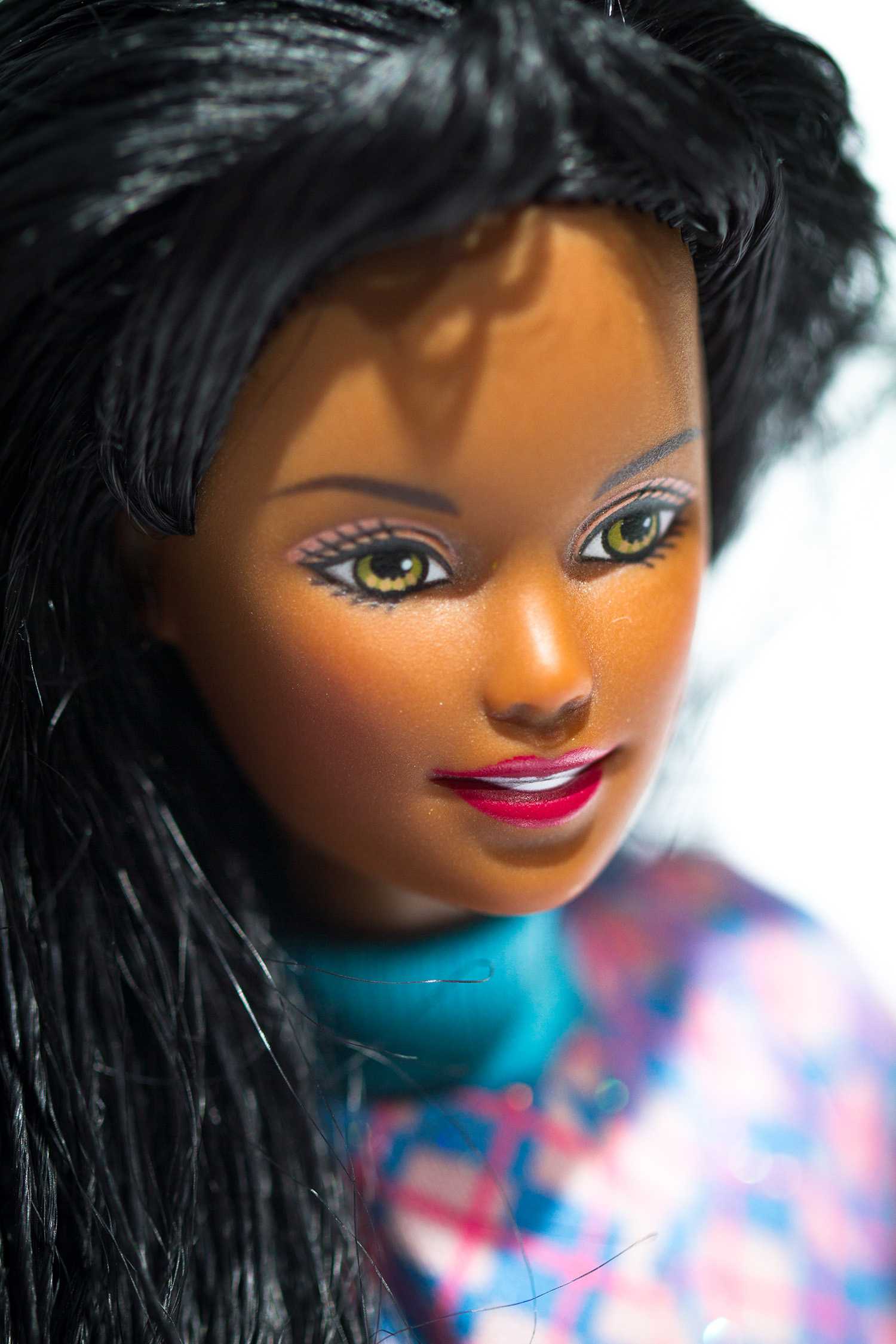 No. 1 When she was 19, she went on a trip to New York with her friend. One night they went to an 18+ nightclub. The bouncers marked two large, black Xs on her hands to let the bartenders and club security know she was not of age to drink. While standing near the bar with her friend, a man around 25 years old asked her if she wanted a drink. She flashed her two black Xs at him and said no. About 15 minutes later, the same man came up to her and asked her if she wanted a drink again. For the second time, she declined his offer. She told her friend she felt uncomfortable, and they moved up to the second floor of the club. The same man appeared and asked her again if she wanted a drink. Despite her desire to stay at the club longer, she said she left because she felt so uncomfortable.

The nice-guy act has been invented to make women feel guilty for saying no. The nice guy in the bar might offer to buy a woman a drink. He might give her compliments. He might be persistent in an attempt to show a woman he can really treat her right. It is never just a drink, and he is never just a nice guy. The word “no” does not mean a woman needs to be convinced. Coercion is still predatory, no matter how “nice” a man may present himself to be. 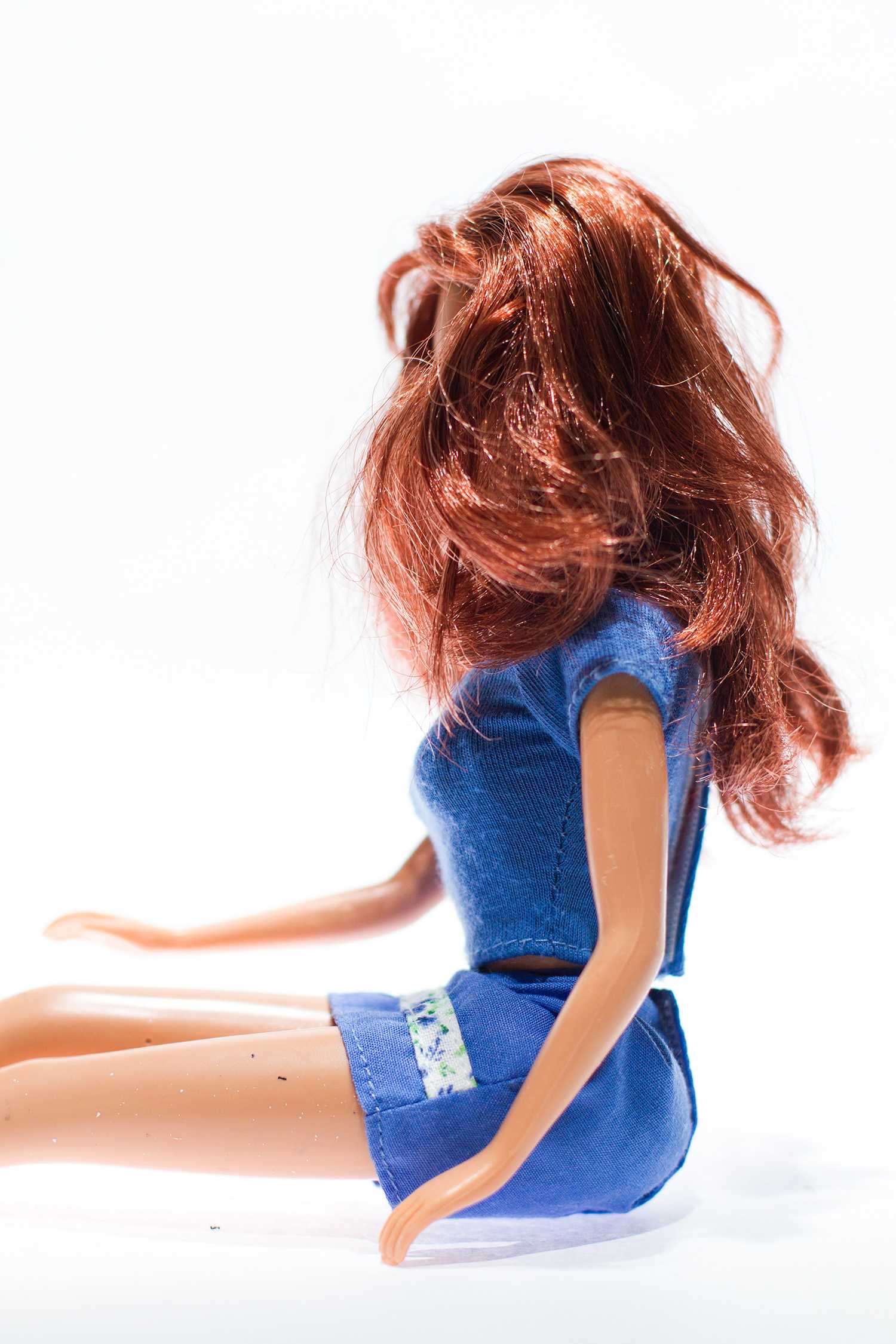 No. 2 Several of her male coworkers at the restaurant where she worked commented on her body, specifically her butt, numerous times. Even though she had a feeling that it wasn’t right, she didn’t say anything. Eventually, it turned physical. They would grab her butt without her consent, and when she told them to keep their hands off her body, they laughed at her. Instead of changing their behavior, they laughed her off and insisted she was “just joking” about being angry. She said she didn’t report the harassment because she thought the men who assaulted her would have made her life hell.

Instead of wondering why a man has assaulted someone, people are usually confused as to why the woman did not stand up for herself. After a sexual assault, it becomes a woman’s responsibility to correct the problematic behavior of men. How she reacts determines whether or not she deserved it. People might say things like “stand up for yourself!” and “make sure he knows you aren’t interested!” This woman explicitly told the men to stop, not just once but multiple times when they put their hands on her without her consent. She was not unclear. She was not joking, and they laughed at her anyway. 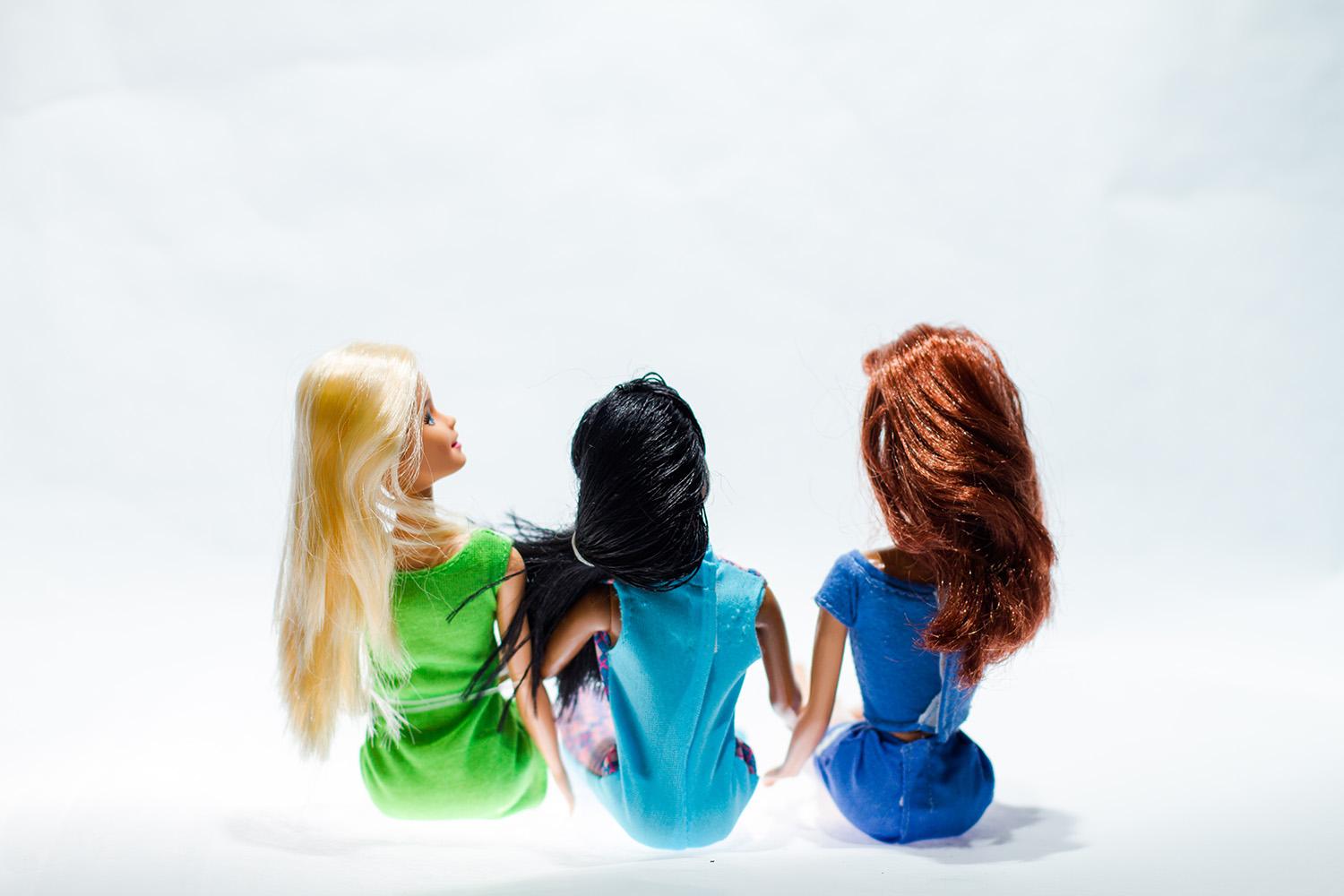 No. 3 While she was working as a bartender at a local bar, there was a man there that she barely knew. She’d had brief interactions with him before, maybe a “hello” every now and then at a party, but nothing intimate or suggestive. After he had been drinking for a while, the man came up to her, and without warning or consent, grabbed her head and kissed her on the face. She said he was so drunk that when she asked him why he would do such a thing, he didn’t even pay attention to her.

Things can often go very wrong for a person after having a few too many drinks. They might send a risky text or be a little too flirty with someone at a bar. However, being drunk is no excuse for crossing another person’s physical boundaries. Being drunk is no excuse for disrespecting the people around you. Alcohol is not a crutch that will prop a person up whenever they’ve made a mistake. People should be cognizant of whether or not they’re making someone else uncomfortable. If they can’t tell, it’s probably time to go home. 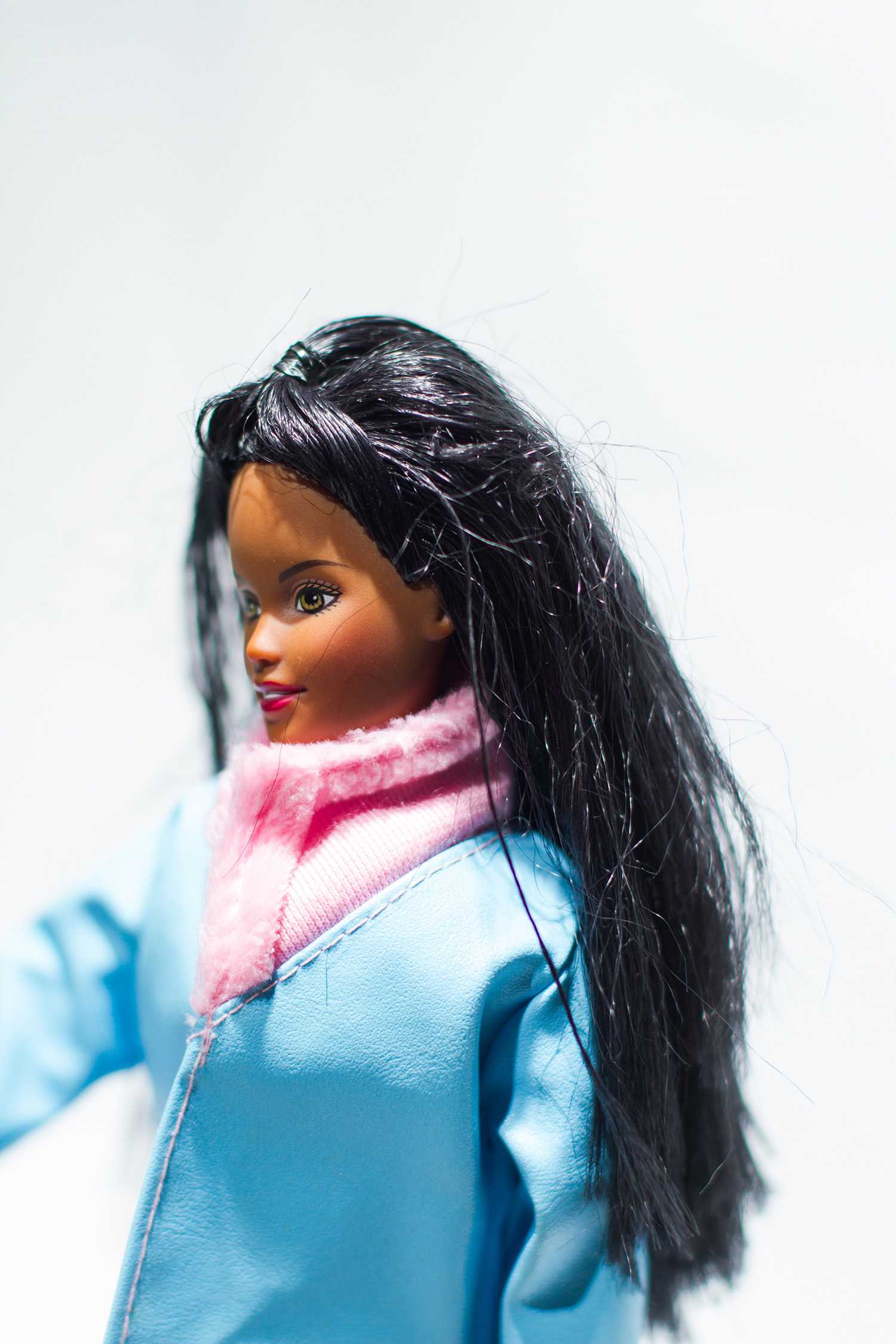 There is a stigma when it comes to sexual violence and the “nightlife.” A woman might dress up in her hottest outfit, and she might feel good. She might grab a group of her girls and dance on top of a table while almost revealing a nipple or a peek at her underwear, and a man might think this is for him. Because a woman is wearing a short skirt and low-cut top, a man might think she is trying to attract him. A man might think a woman took an hour and a half to do her makeup and hair because she wants him. A man might think a woman spent $40 on a push-up bra to attract his attention. And this man — despite the fact that he is dead wrong — will act accordingly. 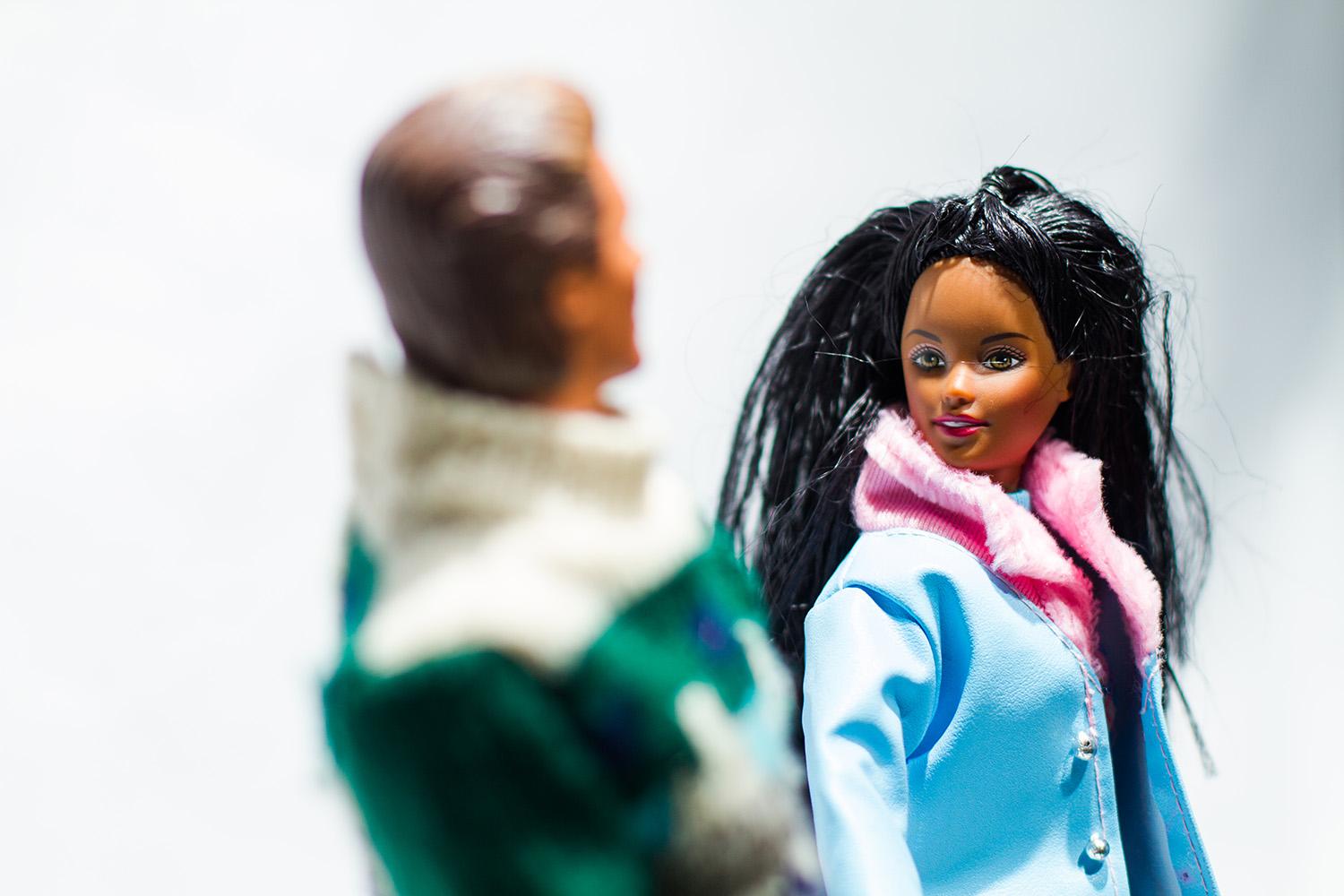 No. 5 It was late, but she went to her friend’s house to hang out anyway. When she got there, a man much older than her was passed out on the couch just a few feet away from where she sat. A few minutes after her arrival, he woke up and closed the few feet of space between them until his groin was nearly pressed into her back. She felt the sickly warmth of his breath on the back of her neck. He asked her if she wanted a massage, and despite her protests, he continued. He rubbed her back from top to bottom while flicking his tongue by her ear. He laughed and said something to his friend about how he just can’t control himself. She sat there, paralyzed with fear and repulsion, and let his hands explore what he wanted.

Someone might see something like this happening and recognize that it is not right. The girl is clearly uncomfortable. Her back is tense; her jaw is clenched, and her eyes are wide. Someone might step in and subtly try to divert the man’s attention long enough for the girl to escape his grasp. That might happen, but it didn’t this time. Instead, the people around watched it happen, took pictures of her frozen figure and shared their disgust with her later — after this man’s assault.

I had the idea for this piece after my friend was assaulted in the alley behind a bar one weekend. As she was leaving, a man came up behind her and picked her up by her ass in an attempt to hit on her. Because she was not physically raped, she was expected to brush off her assault. The men around her waited for her to shake it off, dry her tears and move on. They wondered why she didn’t stand up for herself. They asked if her assaulter did anything else, as if what had happened was not enough. Because the worse case scenario didn’t happen, she was expected to be thankful. She was expected to rejoice because “it could have been a lot worse.”

Countless women have stories of men who got too aggressive. Countless women have stories of men who crossed lines and ignored boundaries. Any one of these women could be me. In fact, I am one of these women. The use of the name is not important. The place, the time, the person is not important. It could be any of us. It has been all of us.

After my friend was assaulted and we made it home safely, she cried uncontrollably. She was shaking and apologizing for being upset. We sat in the bathroom together while she cried. She cried and she told me how sick of it she was and how often it happens. She sobbed and sobbed and told me, “My body is not my own.”