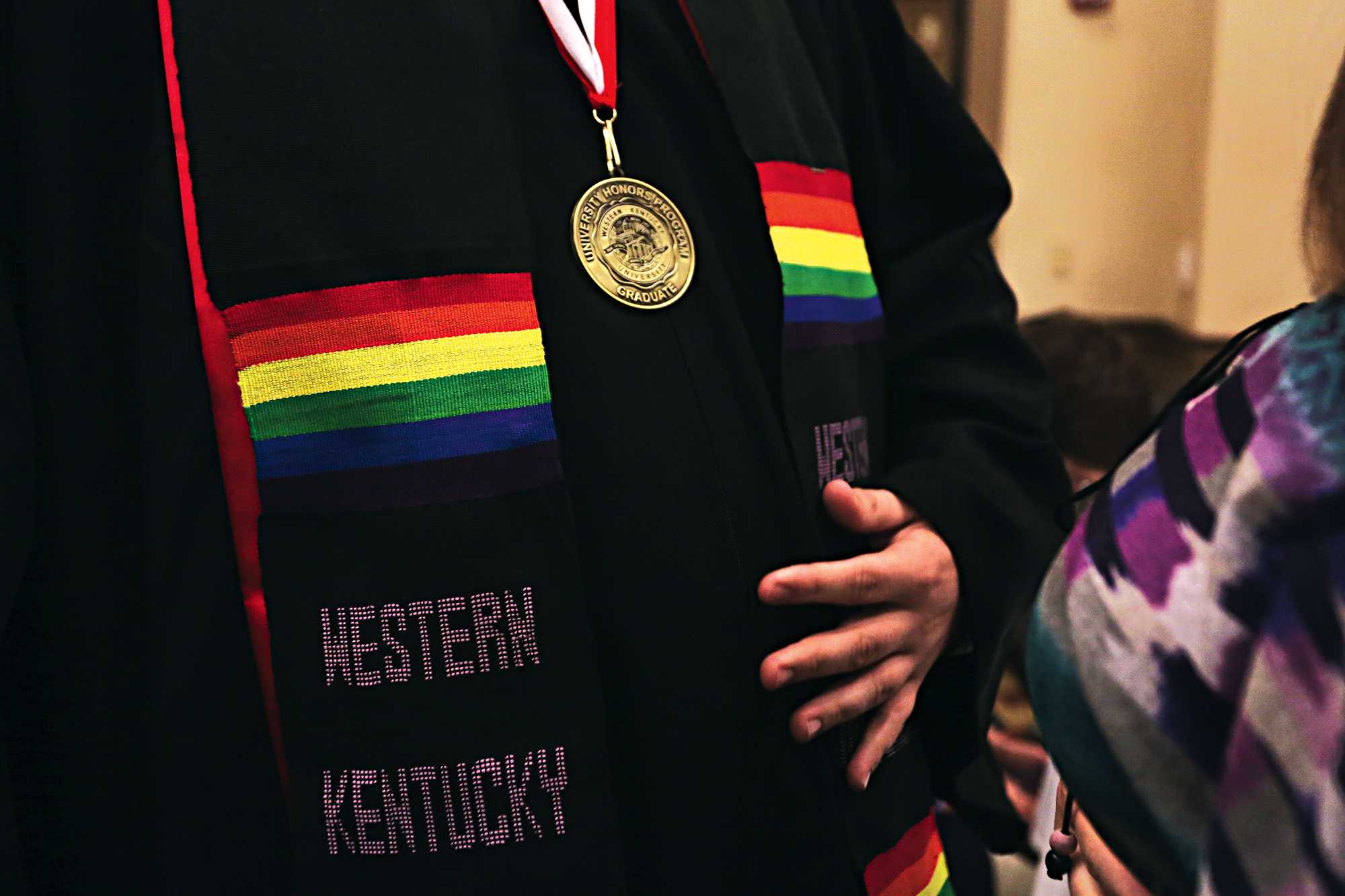 Church wears his new stole after the lavender graduation ceremony at the Augenstein Alumni Center on May 11. Each lavender graduate was given a rainbow stole during the ceremony to represent equality.