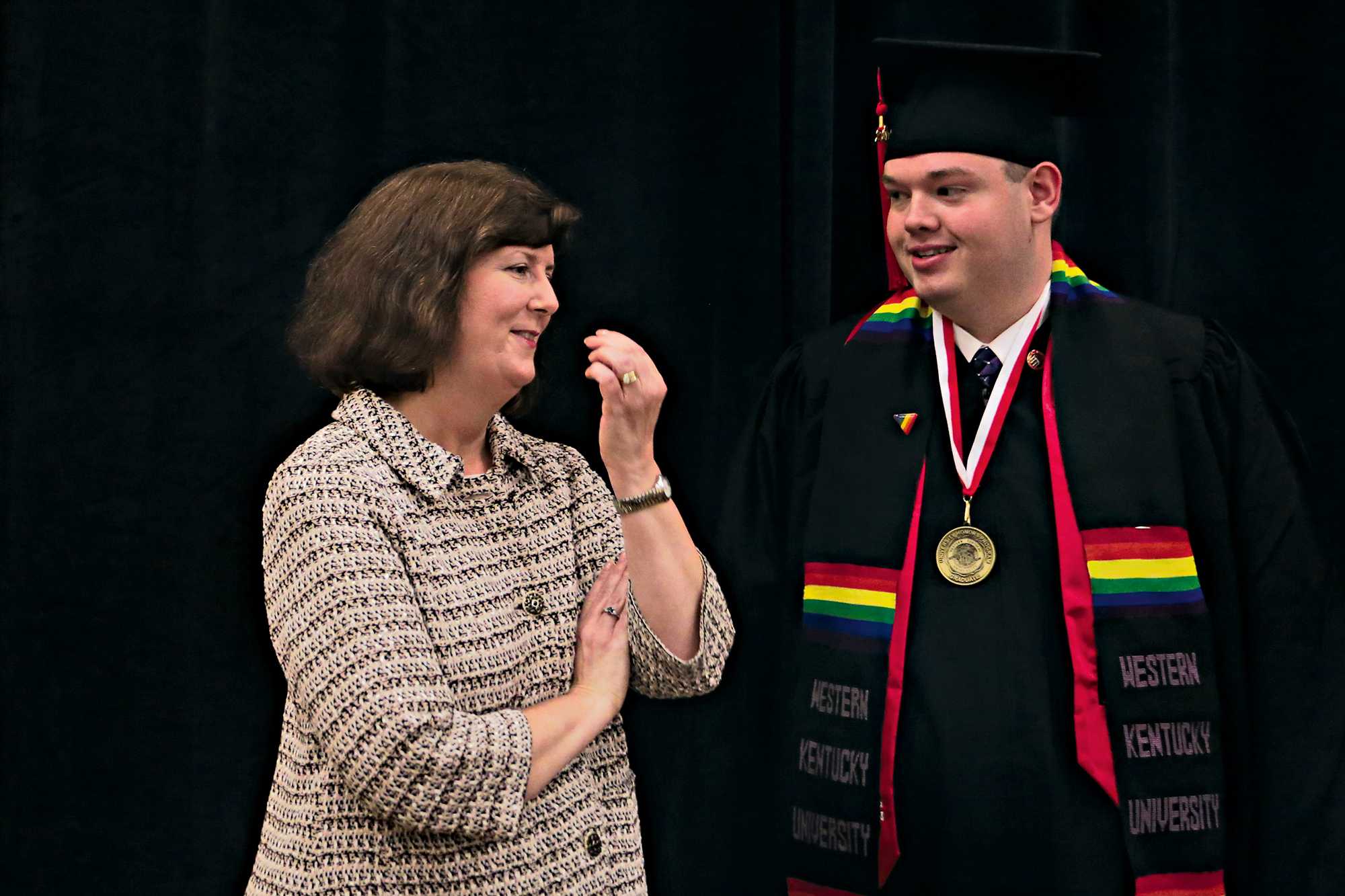 Glasgow senior Seth Church talks with Patricia Minter after the Lavender Graduation ceremony. Minter was one of the few faculty members that helped organize the event for LGBTQ students on campus.