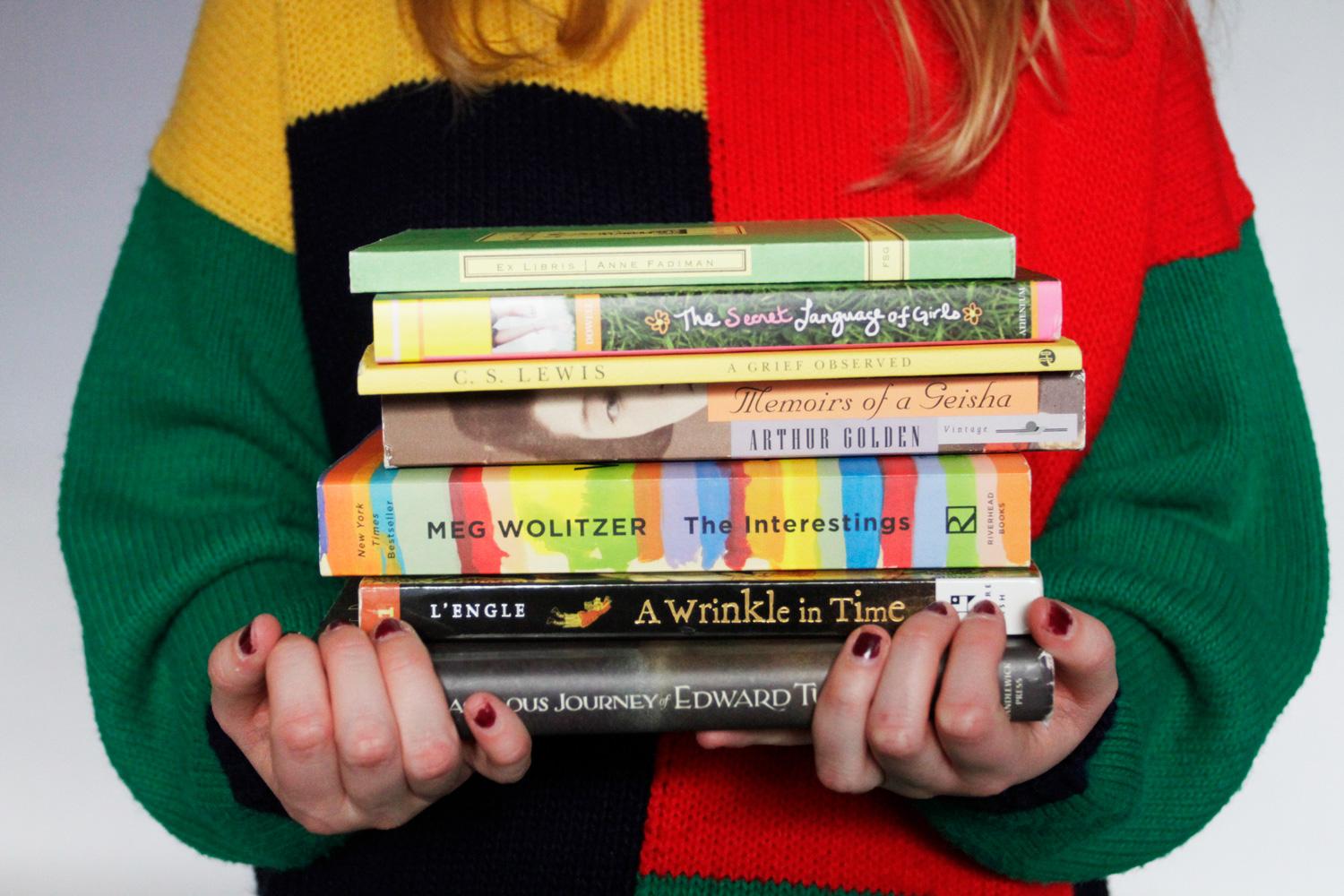 7 books to read over winter break

It is a universally acknowledged truth that WKU’s winter break is obscenely long. Fortunately, this provides plenty of time to earn extra money, read lots of books and say, “I don’t know,” whenever relatives ask you what you plan to do with your English degree.

In honor of winter break, here’s an eclectic list of some of my favorite books, spanning from C.S. Lewis’s personal writings to a middle-grade novel about two sixth-grade girls growing apart. There’s no doubt in my mind that these books will make the long six-week break a lot more bearable.

Composed of journal entries Lewis wrote in the weeks immediately following his wife’s death, “A Grief Observed” focuses on the thing that can reduce even the strongest of men and women to shrapnel.

In the book, a whole cycle of grief is chronicled. It starts in the beginning when Lewis is crying out in inescapable pain and wondering where God is in the midst of this dark valley. By the end, he finds himself able to move forward and not only feel God’s presence but realize he had never been abandoned.

It’s a beautiful and raw reminder that even the most devout can have doubts about their faith but can always find their way back.

2. “The Secret Language of Girls” by Francis O’Roark Dowell

The main characters in this book, Kate and Marilyn, are best friends entering middle school. As the school year goes on, the two slowly begin to grow apart until they’re not even sure they can call themselves friends anymore. This is a theme very common among middle-grade novels, but Dowell chronicles it straightforwardly in prose that’s almost melodic.

The bittersweet taste of this book is as mature as, if not more so, a lot of adult general fiction. It deserves to reach beyond middle-grade audiences.

3. “Memoirs of a Geisha” by Arthur Golden

Spanning from childhood to late adult life, “Memoirs of a Geisha” is the story of a woman from a difficult family background who learns to be a respectable geisha. She learns the beauty and poise of the trade, as well as the harsh realities that force her to make sacrifices in order to save her career.

When I read this book, I was completely immersed in its world. Golden has beautiful, rich prose and the story is full of complex characters. It’s not a short book, but you’ll be so engrossed that you’ll finish it in just a couple days.

4. “The Miraculous Journey of Edward Tulane” by Kate DiCamillo

This is one of the best books I’ve ever read. Edward Tulane is a China rabbit owned by a little girl in the 1930s, and he is incredibly self-centered and does not know how to love. He cannot move or talk, but the story is told in third-person from his limited point of view.

One day, while the little girl’s family is traveling at sea, he is flung overboard. Thus begins his miraculous journey. Throughout the book, different people find Edward, and he slowly begins to learn how to love someone other than himself. I’ve read this book at least once a year since fourth grade, and I cry every single time. It’s beautiful.

5. “A Wrinkle in Time” by Madeline L’Engle

There’s a good chance you’ve already read this classic, but since there’s an Ava Duvernay film in the works, it definitely deserves a re-read.

In the book, Meg, Calvin and Charles Wallace travel through time and space to save Meg and Charles’ father. They meet an eclectic trio of women and Aunt Beast, and they come face-to-face with the elusive IT. This is a classic story of sacrificing everything for love, and I can’t wait to see it come to life under the direction of Ava Duvernay.

6. “The Interestings” by Meg Wolitzer

A friend recommended this book to me last fall, so I bought it during finals week and read it over break, and I was completely blown away. It is about kids who meet at summer camp, and then, the book follows them for the next few decades of their lives as they grow up, change and realize that dreams usually don’t come true.

It’s about getting older and wanting more out of life and just how complicated we all are. You would be hard-pressed to find someone who doesn’t deeply resonate with any of the characters or themes in this book.

Each essay in this collection is about a different facet of the relationship between the written word and its lovers. Fadiman talks about loving sesquipedalians (look it up), the ever-long debate over whether to wear books out or handle them with care and the experience of reading out loud. Though this book can be appreciated by anyone, it is meant for the true lovers of the written word.