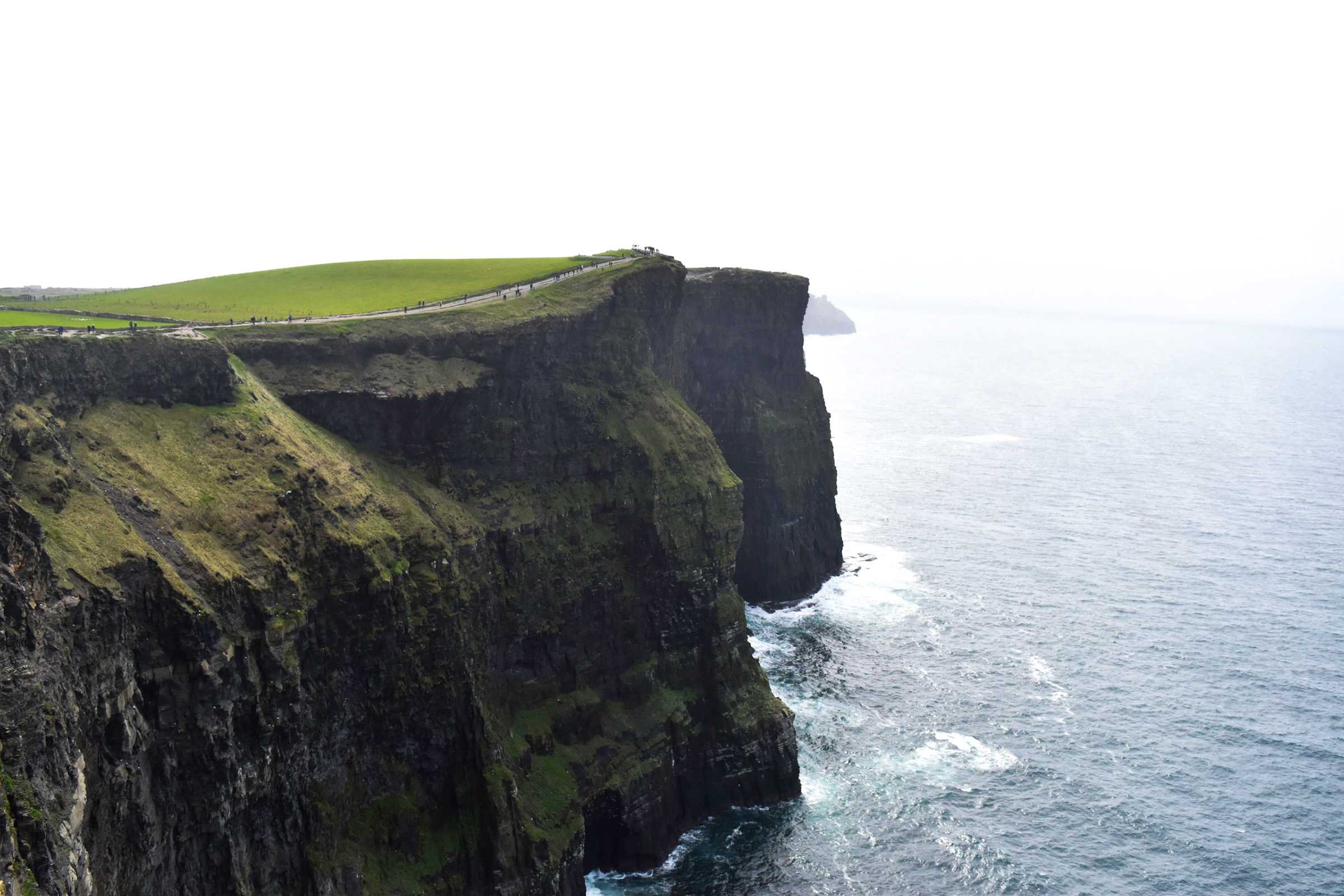 Europes and Downs: Packing my bags for my old Kentucky home

“What do you want to do with your life, Hayley?”

The loaded question was supposed to make more sense to me when I came abroad, and yet I remain at a standstill with nothing but a thousand different interests and a burning passion to just do it all.

When in Rome, fitness brought me sanity, and I gained a new appreciation for training as I watched my Italian friends work one-on-one with their clients.

When in Madrid, I saw the emphasis put on math and science. Everyone wanted to be an engineer or doctor, and after learning about public health on a global stage, I saw first-hand all of the possibilities I have to make an impact.

Now, in London, I am in shock of the standards the students are held to here. The arts are of greater value with exhibitions, museums, the BBC and universities within five minutes from me at all times. Here, I am also surrounded by creative people from all over the U.S. Five out of the six people I typically go out with usually have a camera strapped around their neck. (We break the rule of trying to not look like a tourist every single day.)

When I really sit down and think about what drives every niche I have found, it is people. I love people and hearing their stories. While I have been abroad, the first question I ask anyone is, “Where are you from?” The world gets a little bigger when you put their answer in perspective. I love that.

People are also what forced me to stick this experience out no matter how difficult it was at times. In the beginning, it was all of my friends and family rooting for me from home. Every single one of them wanted to see me chase my dreams of traveling the world. The friends I made in Rome will be friends I have for the rest of my life. They helped through the hardest part of this journey and were there for me when the people back home couldn’t be. Hearing about their lives in the states reminded me of my people who make me who I am. The trainers at my gym in Rome gave me a sense of belonging as if I was back on campus at the Preston Center. All of the people I met never let me miss home because they always gave me a reason to stay.

In Madrid, the first person who touched my life was Raquel. She was my source of comfort filling in for my mom when she couldn’t be there. Learning about her life and what she has accomplished over the years inspired me to keep going.

My group fitness class on Wednesdays in Madrid also gave me something to look forward to each week, and they reminded me of the bond I had with my own class back home. They pushed me physically in ways I couldn’t have done by myself. And then I had people to call on that I didn’t even realize had been there for me. My brother’s future basketball coach at the University of North Carolina at Charlotte had a friend living with his family in Madrid that he recommended I go see. I met up with a complete stranger during the first week just to know I had a familiar face close by, and he ended up being one of the kindest people I had ever met. He is one of the souls who pushed me to get through Madrid when life got lonely by offering me time with his family when I was missing my own and even found one of the nicest hotels for my mom to stay in when she came to visit.

I’ve realized that none of us really know what we are doing in this world, especially after experiencing how big the world truly is.

I met up with one of my best friend’s little sisters who was also studying abroad in Madrid. I had never met her sister because she is originally from Santa Clarita, California, but I had heard all kinds of stories about her and her Valley girl accent. Turns out, Chantal is just like Daniella in so many ways, and Daniella’s Valley girl impression of her sister is spot on. But it gave me a sense of home. Chantal is currently on her way to London for us to get together and catch up over high tea and biscuits.

Most notably, it has been the people in London that have kept me positive. After the first two weeks dealing with a bed bug scare in our apartment, adjusting to intensive British academia and still learning the ways of the city, it got better. At the end of the second week, I met three girls that have brought so much happiness and inspiration to my life. And I’ve realized that none of us really know what we are doing in this world, especially after experiencing how big the world truly is.

When Angelique asked me what I wanted to do with my life, I stood there and didn’t really know what to say. I felt like my answer before I came abroad was more confident than the one I gave her.

“I used to think I wanted to write for a health and fitness magazine and manage a lot of their creative processes, but then I got involved in campus recreation. All I really know now is that I love people,” I told her.

I love talking someone’s ear off or going up to a complete stranger and asking them about an aspect of their life. My roommate, Maddie, hates it, especially when it’s with the sellers and scammers on the street. She’ll say, “Why do you even respond? Why can’t you keep walking?”

I like finding the innocence in people no matter where they come from, and I think that’s what still pulls me toward journalism — objectivity in storytelling and giving every single person in this world a platform.

I remember finally sitting on the plane heading toward Rome. It was an eight-hour flight, and I was sitting next to a young, Indian woman. I was so nervous. I was finally able to sit in a seat without breaking down in tears after leaving my mom in the airport. I wasn’t going to say anything because I knew if I did, the emotions would come back. I knew I needed to just sleep before the jet lag hit, but I couldn’t just sit there. I remember introducing myself to her and the biggest smile forming on her face. We talked the entire plane ride. Her name was Sagarika, and she was going to Mumbai to see family while taking an entire semester off school.

I told this poor girl everything. I was telling her about how scared I was to leave everything accustomed to me, everyone I loved and an entire life I’d worked hard to get to. She told me she was nervous to take an entire semester off, but after being completely worn down the semester before, she felt like it was just something she had to do.

I’d describe my experience abroad in the exact same way. When I committed to doing this but was still so unsure of myself, my mom kept asking me “Why now? Why do you have to do it now?” And that’s the only reason I could think of: If not now, when? I felt like seeing the world was just something I had to do. And I’m not done yet.

I still have yet to see the BBC News building. I haven’t been on the inside of Westminster Abbey. I haven’t seen Big Ben in all its glory, without scaffolding scattered around its clock face. There are still so many boroughs I have yet to explore. Worst of all, I have not experienced high tea yet. But it gives me an excuse to come back one day.

I can say I was living in London when the royal baby was born. I can say I have seen many of London’s highest and lowest places. I can say I have been to one of the best gyms in the area and ran the entire perimeter of Hyde Park (it’s eight miles).

I am 20 years old, and I can say I have seen more of the world than I ever thought I would in my lifetime. It’s funny because I feel like I fit in more with Europeans than Americans. Even my go-to coffee guys attested to my European attributes. And as I was running through Hyde Park, my mind went to a place it has never gone before — I could see myself living in London. Despite everything I’ve had to deal with here, as I looked out at the immense field of green, I longed for a life like what I was seeing. I wanted my friends to picnic in the grass with me. I wanted my boyfriend to walk along the path holding my hand, and I wanted my family to experience it with me.

However, that dream can wait.

While there has not been a single place I wouldn’t mind revisiting, I am ready to revisit one place more than ever: the United States.

It’s unreal that I can count the number of days I have left in Europe on my hands. When I think about what it’s going to feel like to hug the people I’ve wanted to see most, the wait seems unbearable. Being abroad has taught me the true value of so many things, and I hope the lessons I’ve learned stick with me for the rest of my life.

I experienced “home” in so many places and in so many people. I found my little piece of Kentucky from Rome to London and no, it was not all of the KFCs dotting the European landscapes.

I’m ready to go back to the one constant in my life, the place that will always be right where it is with coordinates that will never change.