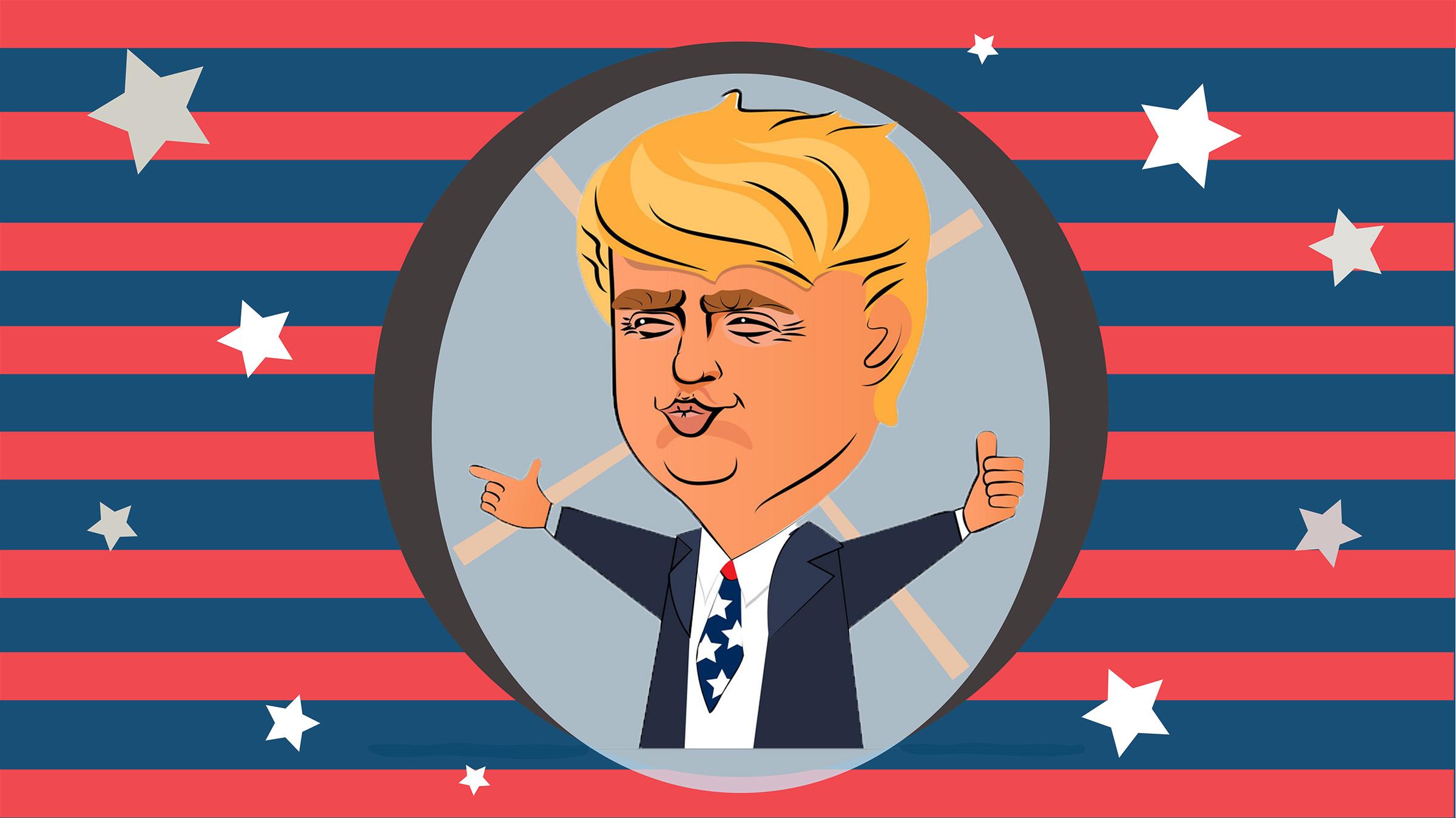 In the early morning hours of Nov. 9, 2016 as it became clear that Trump was to be our new president, many Americans grappled with shock and disbelief. But long before this fated night of division and chaos in America, several moments in pop culture seemed to foreshadow this event.

Since the election, conspiracy theories have abounded about shows like “The Simpsons” that seemingly “predicted” the Trump presidency. We tallied up (and fact-checked) the number of times satire seemed to predict events of the Trump presidency, and it’s pretty surprising.

A popular theory that circulated after Trump announced his candidacy was the idea that “The Simpsons,” the longest-running sitcom in history, predicted intricate details about Trump’s run for office.

Snopes, a fact-checking website, took on the challenge of proving whether or not “The Simpsons” truly predicted the future. Their research showed that, although the videos and posts featured real screen grabs from “The Simpsons”, they did not line up with the claims made behind them.


The posts, one of which has garnered 31,000 likes and over 340,000 shares, implied “The Simpsons” portrayed Trump’s campaign announcement and speech eerily similar to real life. In truth, the images shown were featured on “The Simpsons” in July 2015, a couple weeks after the event took place.

Another claim stated they predicted the winning electoral map. While the animated map in question did appear four years before the 2016 election on an episode of “The Simpsons,” it does not actually match the 2016 results. Instead, the image represents the 2012 electoral map.

The examples above are prime sources of fake news — a phrase ironically appropriated by Trump for his own use — and they distort the reality of the situation. While “The Simpsons” did not predict a Trump presidency in the way these social media posts claim, there was a 2000 episode titled “Bart to the Future” that featured Lisa Simpson as president. In the episode, Lisa makes a remark about the financial burden President Trump left her.

However, the Snopes article indicated that Trump hinted at a presidential run in 1999, so the idea of a “prediction” is not as arbitrary as it may seem today.

The animated MTV hit was a landing point for teenage boys (or anyone else with the maturity level of one). The show’s slapstick humor relied on jokes related to name-calling, profanity and sometimes, believe it or not, butts.

Season four episode 20 (giggle), titled “Right On,” featured the two boys watching a right-wing TV show host, Gus Baker. After they made a call to the show, Baker invited them on to the next episode. He mistakenly thought they were fine young men, but notably said, “I can tell our young people still have the moral strength and character to make this country great again.”

While the phrase may not seem particularly unique or elaborate, one may note the nearly exact wording of Baker’s comment and Trump’s slogan. In addition, both candidates represent the same political party, which extends the similarities between the two.

Of course, Trump’s campaign slogan “Make America Great Again,” is still commonly used by Trump and his supporters despite the precedent of campaign slogans being all but forgotten after elections.

“Doonesbury” is a comic strip that has been in print since 1970. Throughout its lifespan, it has produced many satirical pieces related to politics and other various subjects. Garry Trudeau, the comic’s creator, produced a number of strips starting in 1987 that featured Trump as president. He began writing these comics after Trump placed ads in national newspapers regarding politics.

The cartoonist not only predicted Trump’s run to the White House but also other facets of his life. For example, Trudeau envisioned Trump as a TV host more than a decade before he hosted “The Apprentice.”

Trudeau has even released a book containing all of his Trump-related work titled, “Yuge! 30 Years of Doonesbury on Trump.”

In season four of the semi-Netflix original “Arrested Development,” George Bluth Sr. attempted to buy a government project that aimed to build a wall along the U.S. and Mexico border. Buying the project would allow Bluth to have more valuable property than his twin brother, Oscar.

Bluth attempted to bribe Republican politician Herbert Love to build the wall, only to discover his property was actually on the Mexico side of the border. This led to a series of events which had politicians and Bluths arguing about whether or not to build a wall on the border.

“I will build a great, great wall on our southern border,” Trump said. “And I will have Mexico pay for that wall.”

Both wall ideas have garnered debate, with internal conflict present in “Arrested Development,” and the real-life confrontations between Republicans and Democrats. While the border wall is not necessarily a new idea, the concept remains polarizing even in a fictional universe.

Christopher Buckley’s 1986 satirical novel, “The White House Mess,” follows the story of President Thomas N. Tucker, who is aptly referred to by his initials, “TNT.” He fights with countries like Australia and Mexico and hates The New York Times.

Published 30 years before Trump won the election, the book features a presidency that was only the stuff of fiction. Today, Buckley’s story is not far from reality.

The aforementioned disputes, accompanied by other minute details — such as the First Lady living in New York — are accurately depicted in this childishly designed book. While Trump may not have intentionally plagiarized Buckley’s material, the events that unfolded in the novel have reappeared in real life under Trump’s presidency.

These five moments in pop culture foreshadowed a world that could only occur under a Trump administration. Of course, Trump himself probably did not watch and read all of these mediums and decide to run for President with the same merit. Rather, the similarities between fiction and reality are too close to simply not acknowledge.