The WKU class of 2023 had the opportunity to participate in MASTER Plan, a transition program for incoming freshman to assimilate into life on the Hill. During the week of Aug. 19, classes were held throughout the day, and students had the chance to participate in activities during the evening. A few Talisman photographers covered the events as they unfolded throughout the week. 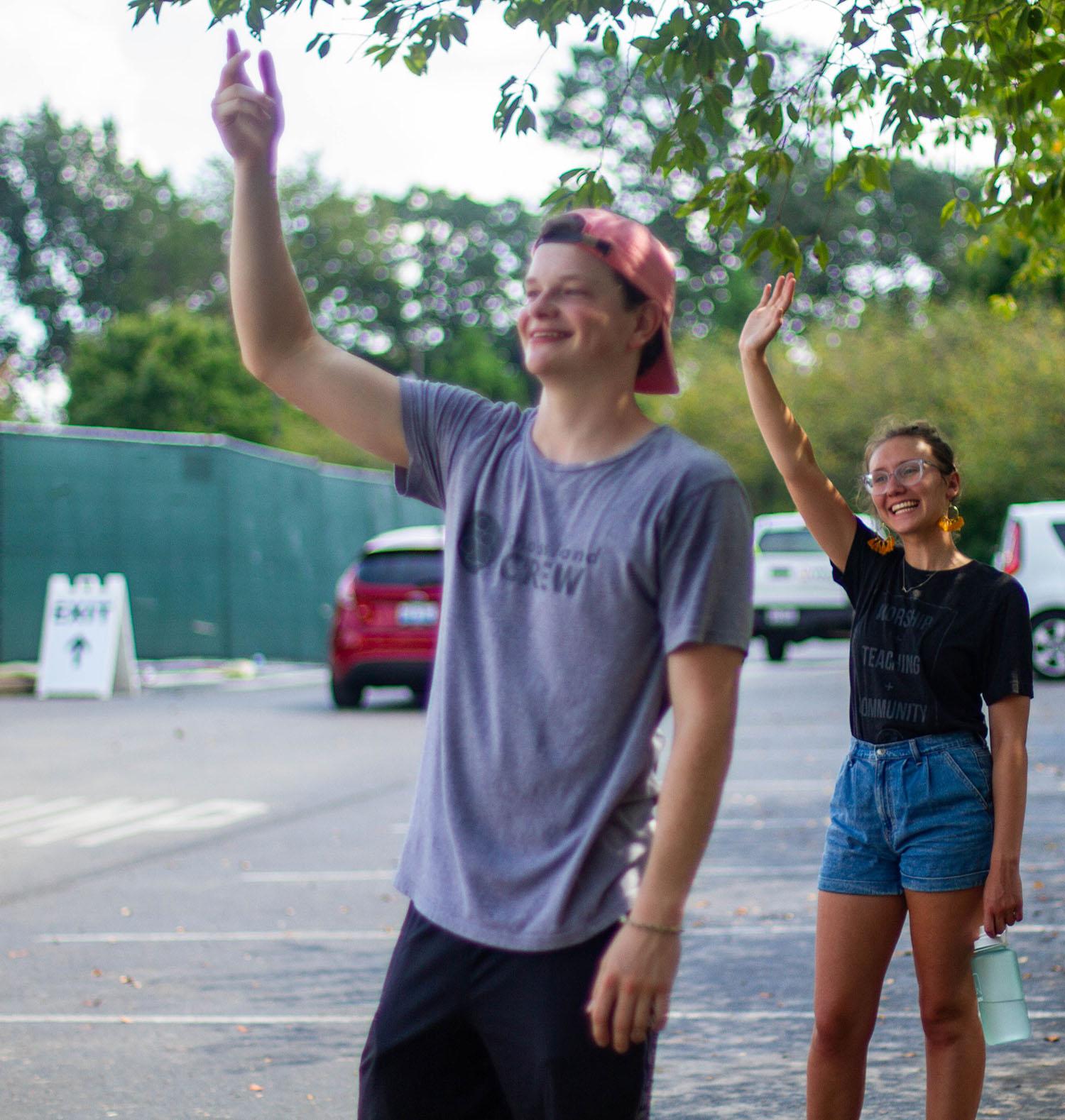 Braydon Peavler, a junior from Horse Cave, and Olivia Duvall, a sophomore from Bowling Green, help parents and students navigate move-in parking on Aug. 20. “We’ve been here since noon and were here all day yesterday,” Duvall said.” Parking has been pretty smooth once we got into a rhythm of unloading and sending parents to park in the overflow lot.” (Photo by Morgan Bass) 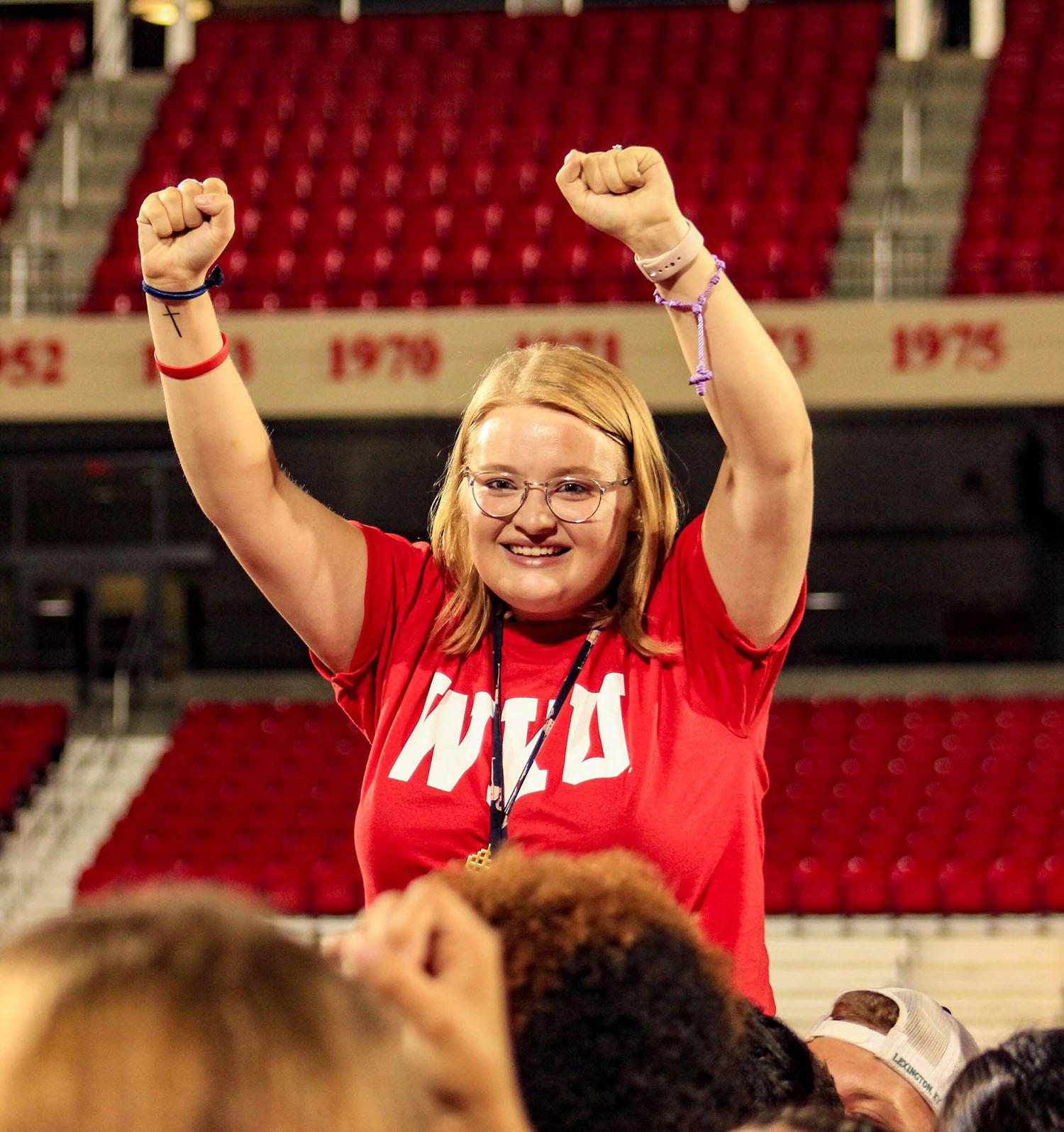 During playfair on Aug. 20, the class of 2023 participated in a rock-paper-scissors competition. When the game was down to only a few participants, incoming freshman Brianna Wright got higher to look for her competitor in the crowd. (Photo by Manzar Rzayeva) 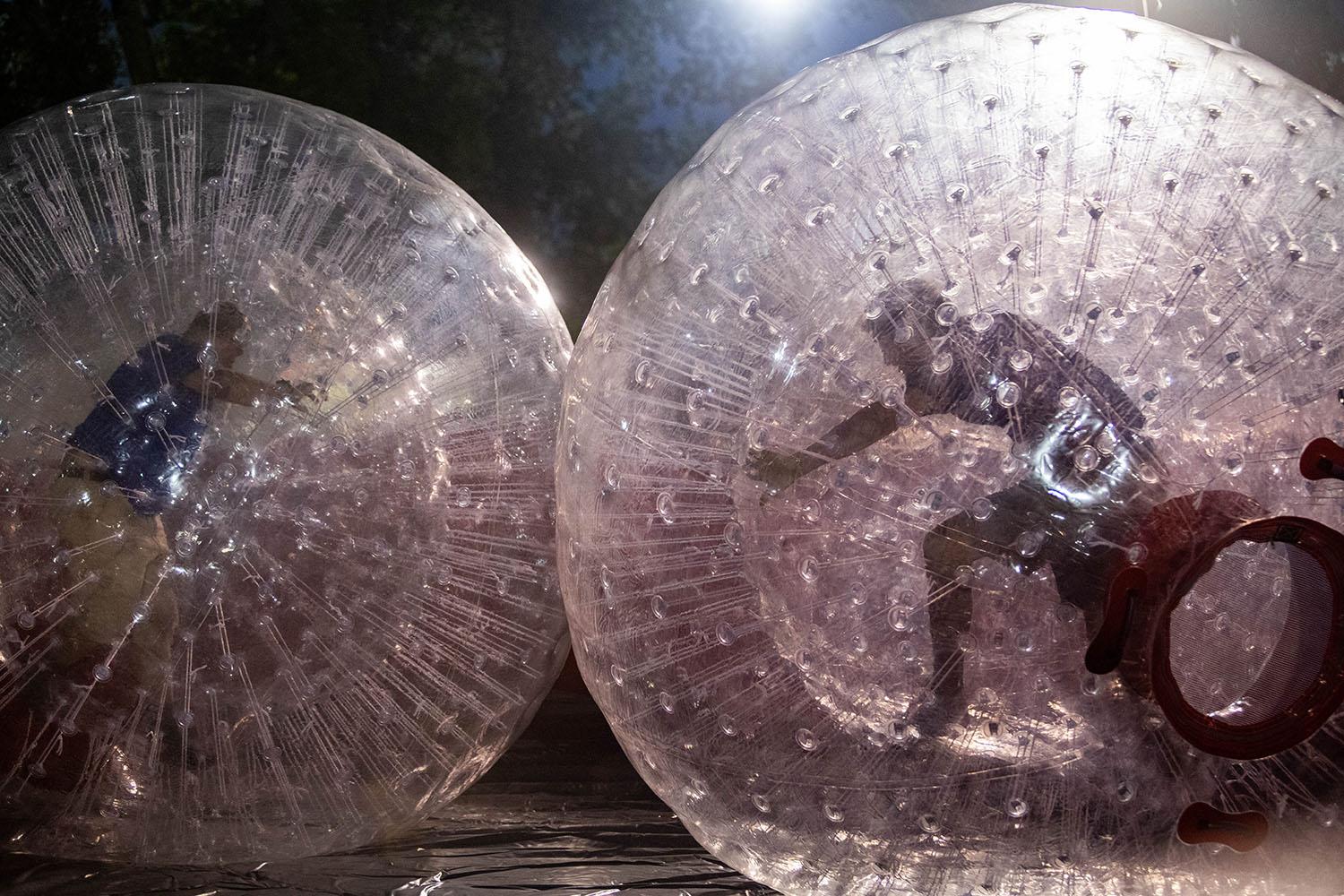 Students battle each other in hamster balls during the WKU MASTER Plan carnival on Friday, Aug. 23. (Photo by Joeleen Hubbard) 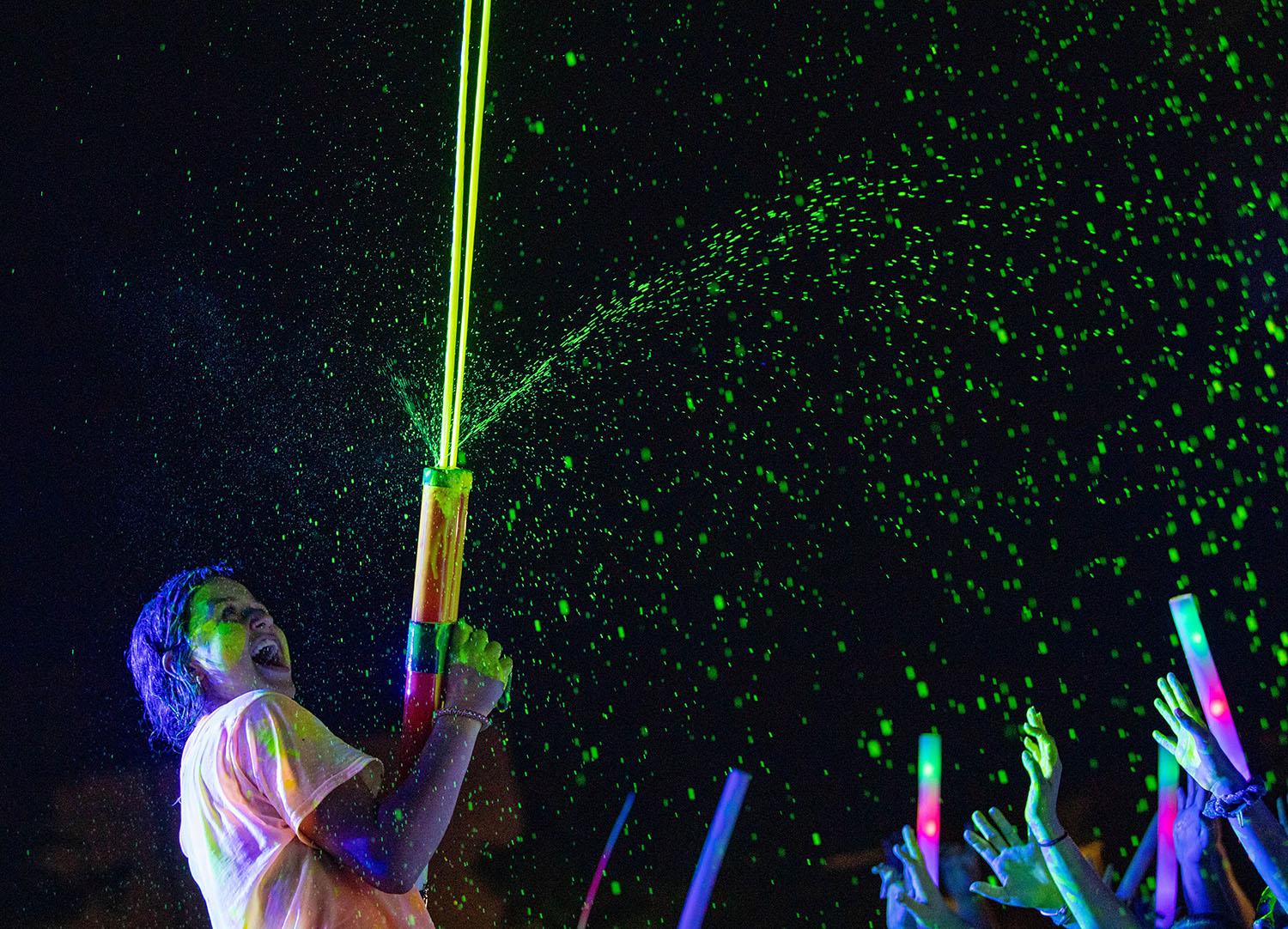 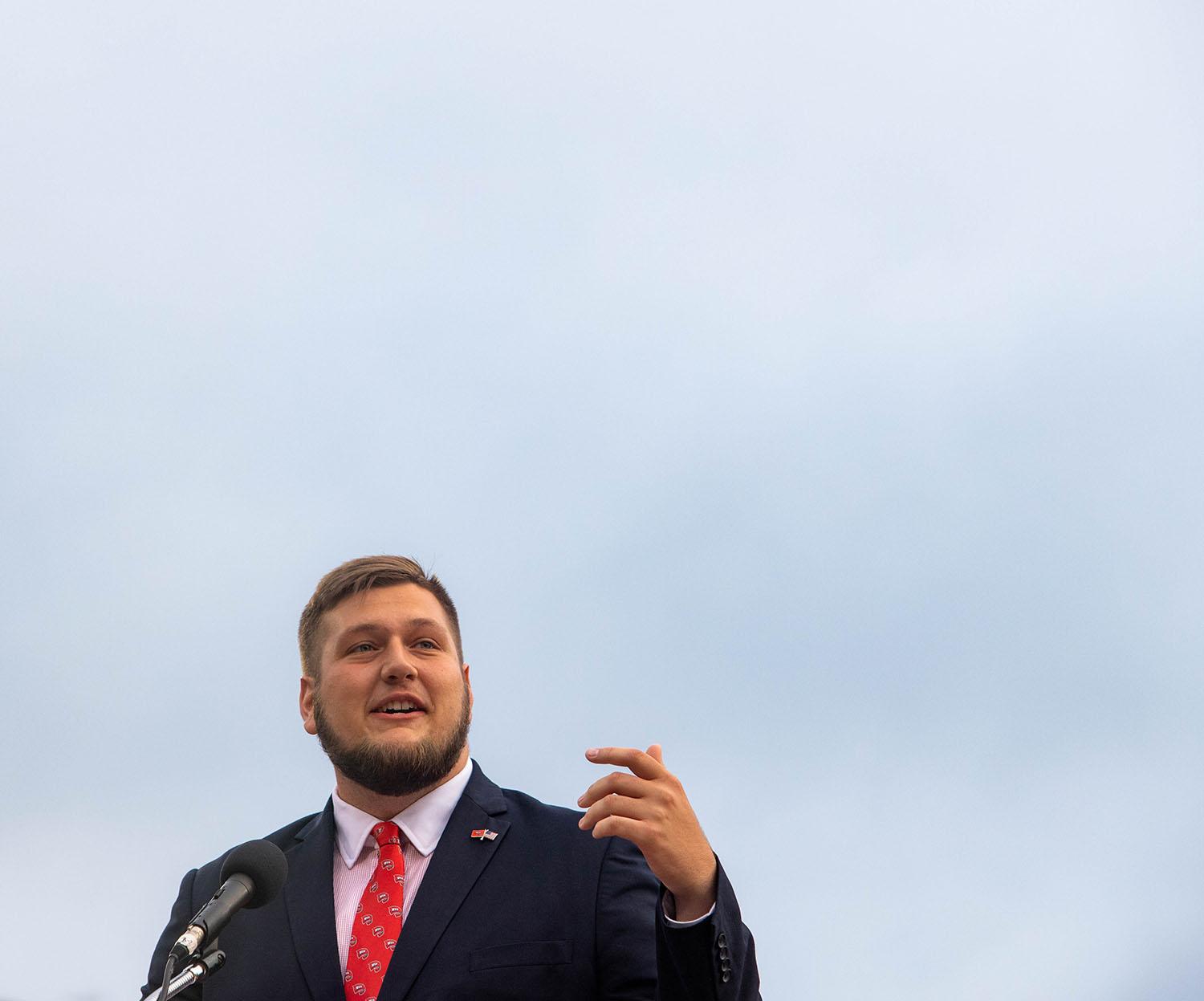 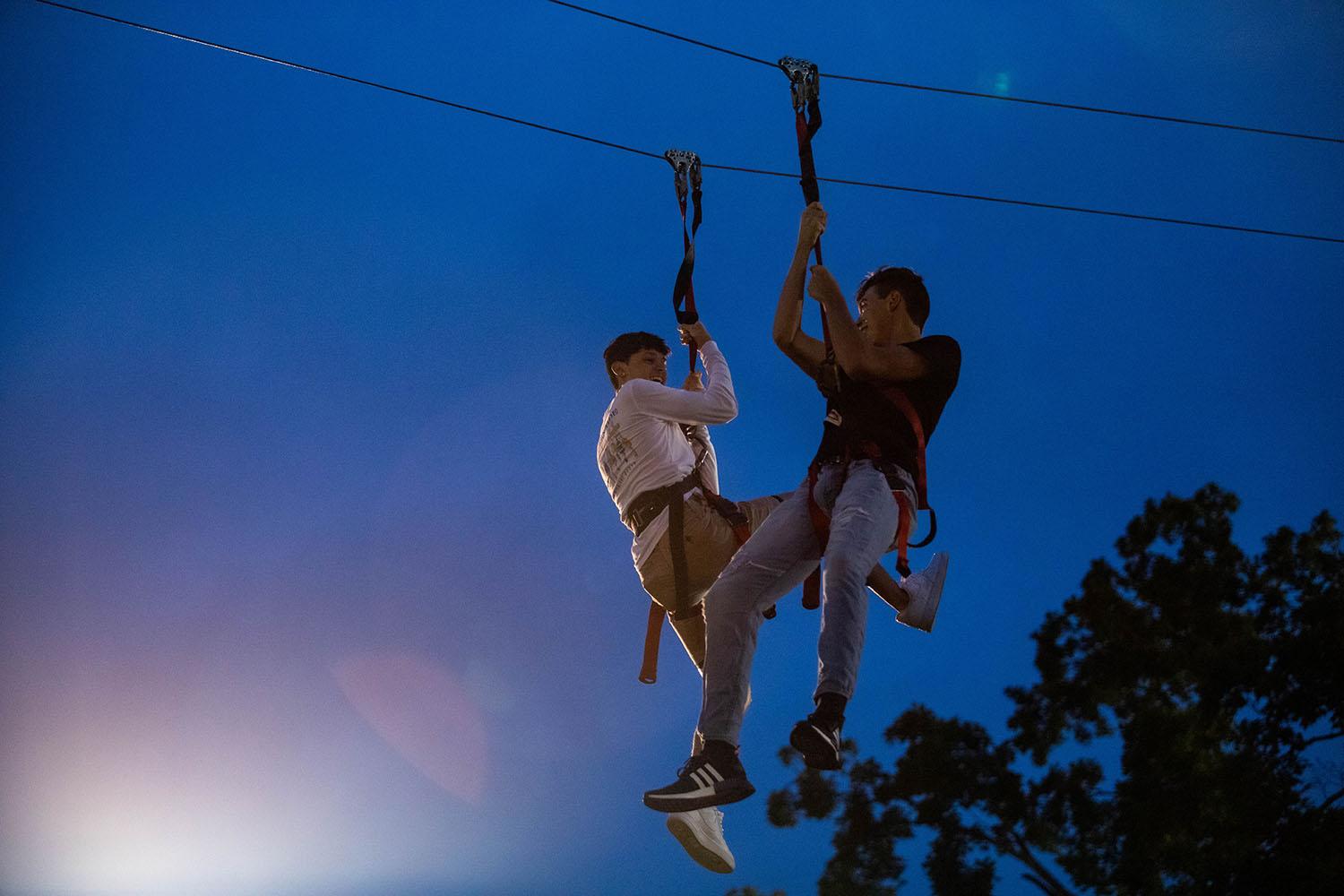 Troy Davis and his roommate ride the zip line during the MASTER Plan carnival on Friday, Aug. 23. (Photo by Joeleen Hubbard) 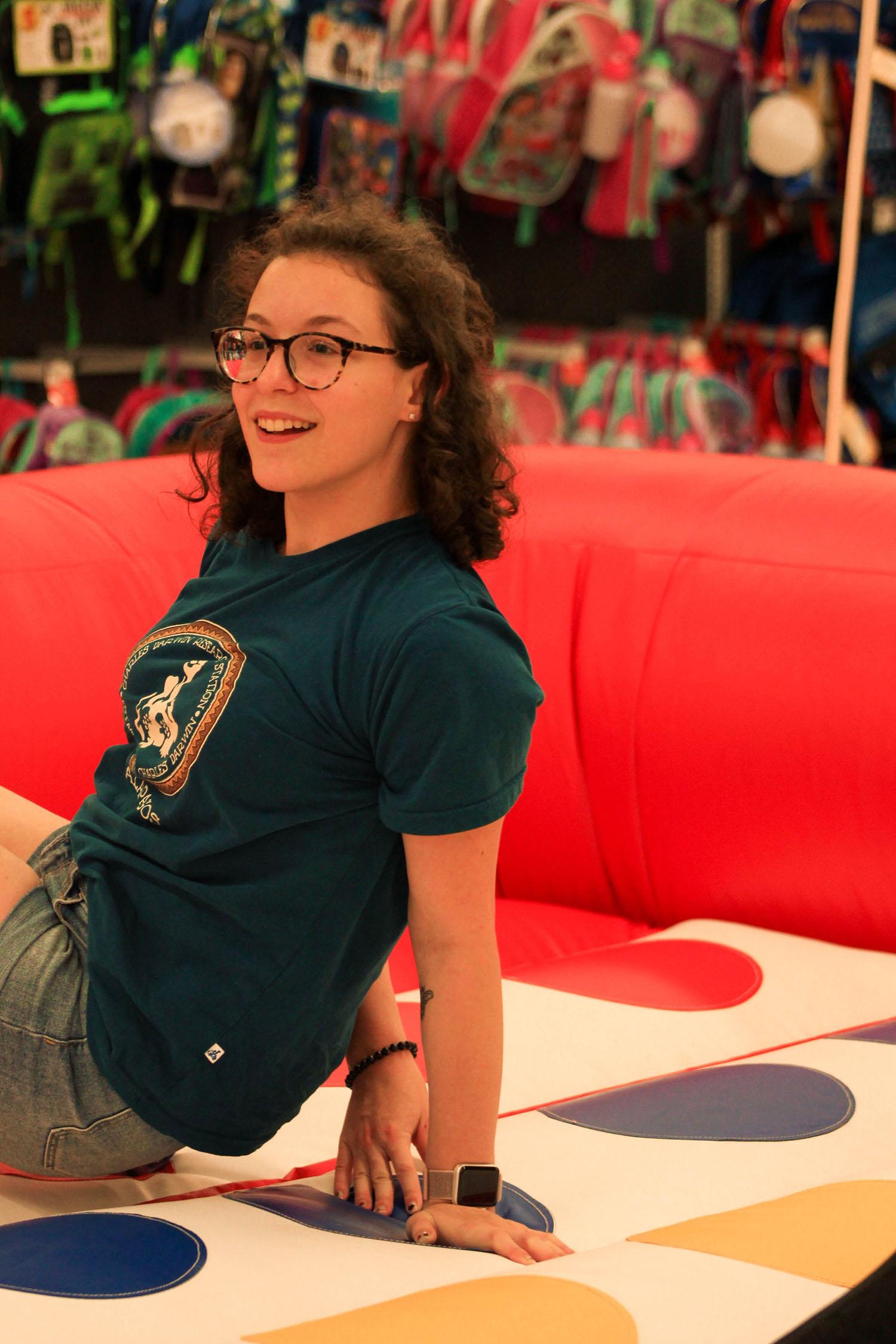 Meijer Mania was one of numerous nightly activities offered during WKU MASTER Plan. Out of the activities included during Meijer Mania, some students chose the Twister game while taking a break from shopping and trying out the free samples. (Photo by Manzar Rzayeva) 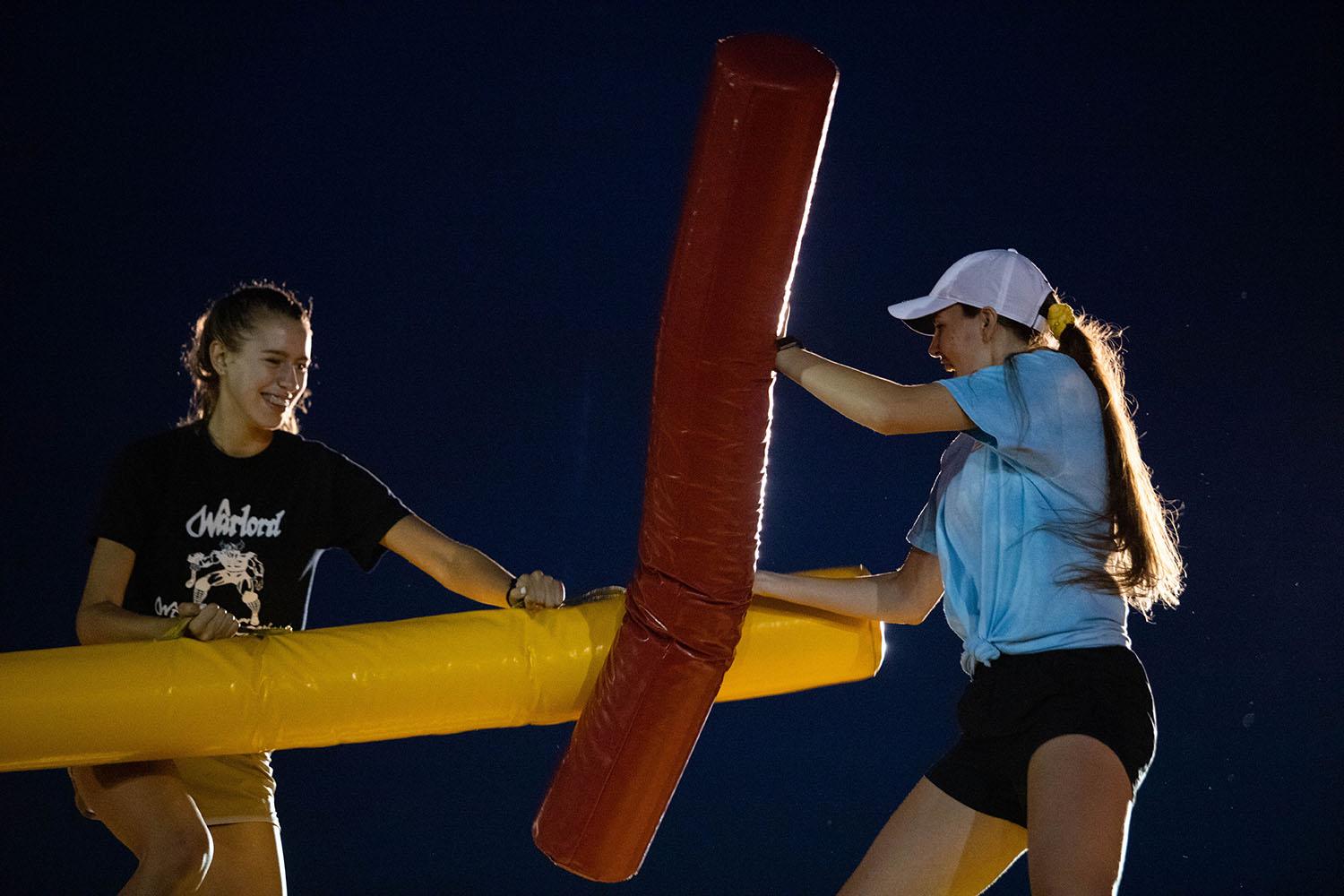 Students battle each other on an inflatable during the WKU MASTER Plan carnival on Friday, Aug. 23. (Photo by Joeleen Hubbard) 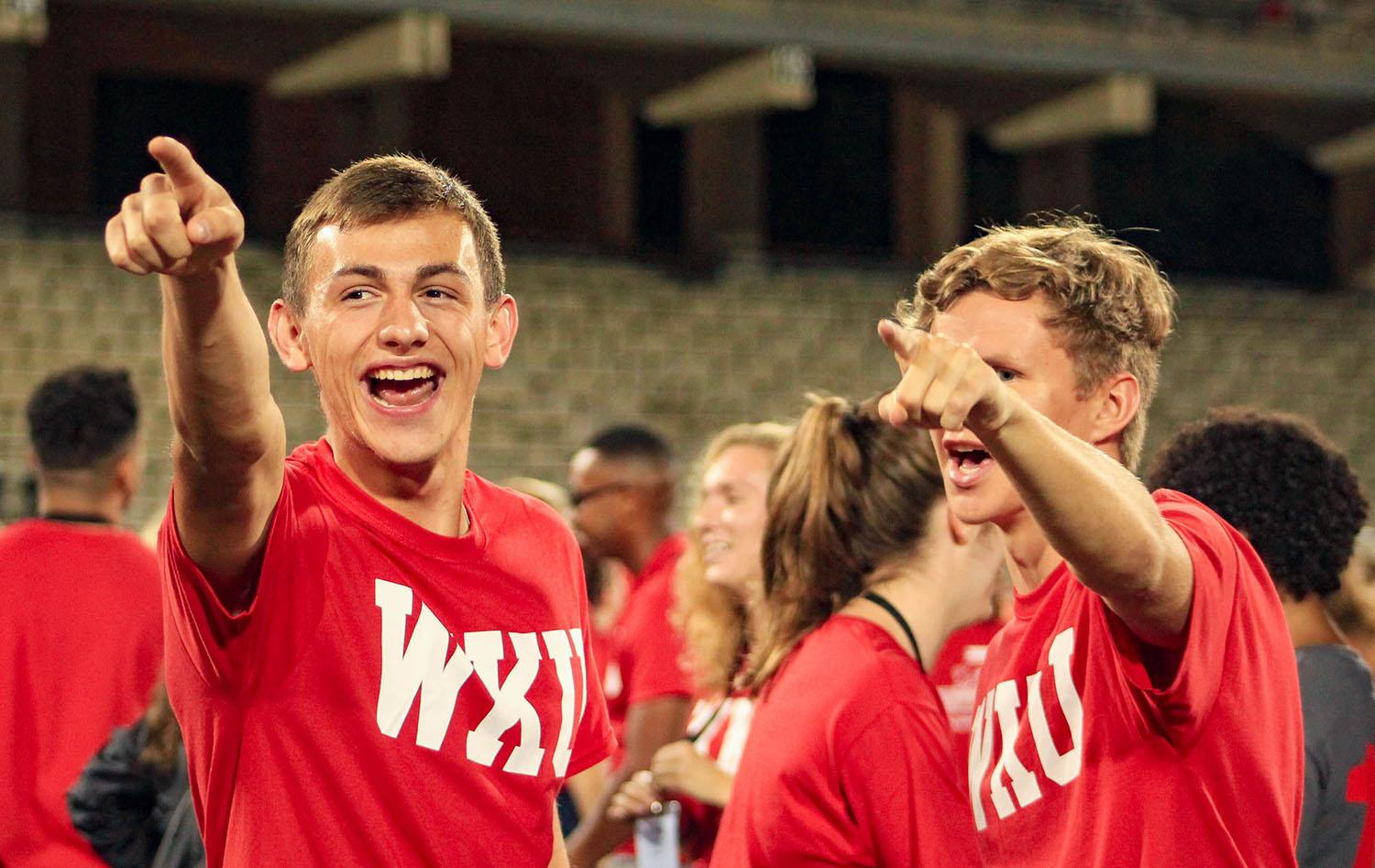 During the playfair, one of the group activities for the class of 2023 during MASTER Plan, participants competed in different games on the field in the Houchens-Smith Stadium. Here, participants had to act out enjoying fireworks or being Joey from “Friends” and asking “How you doin?“ (Photo by Manzar Rzayeva) 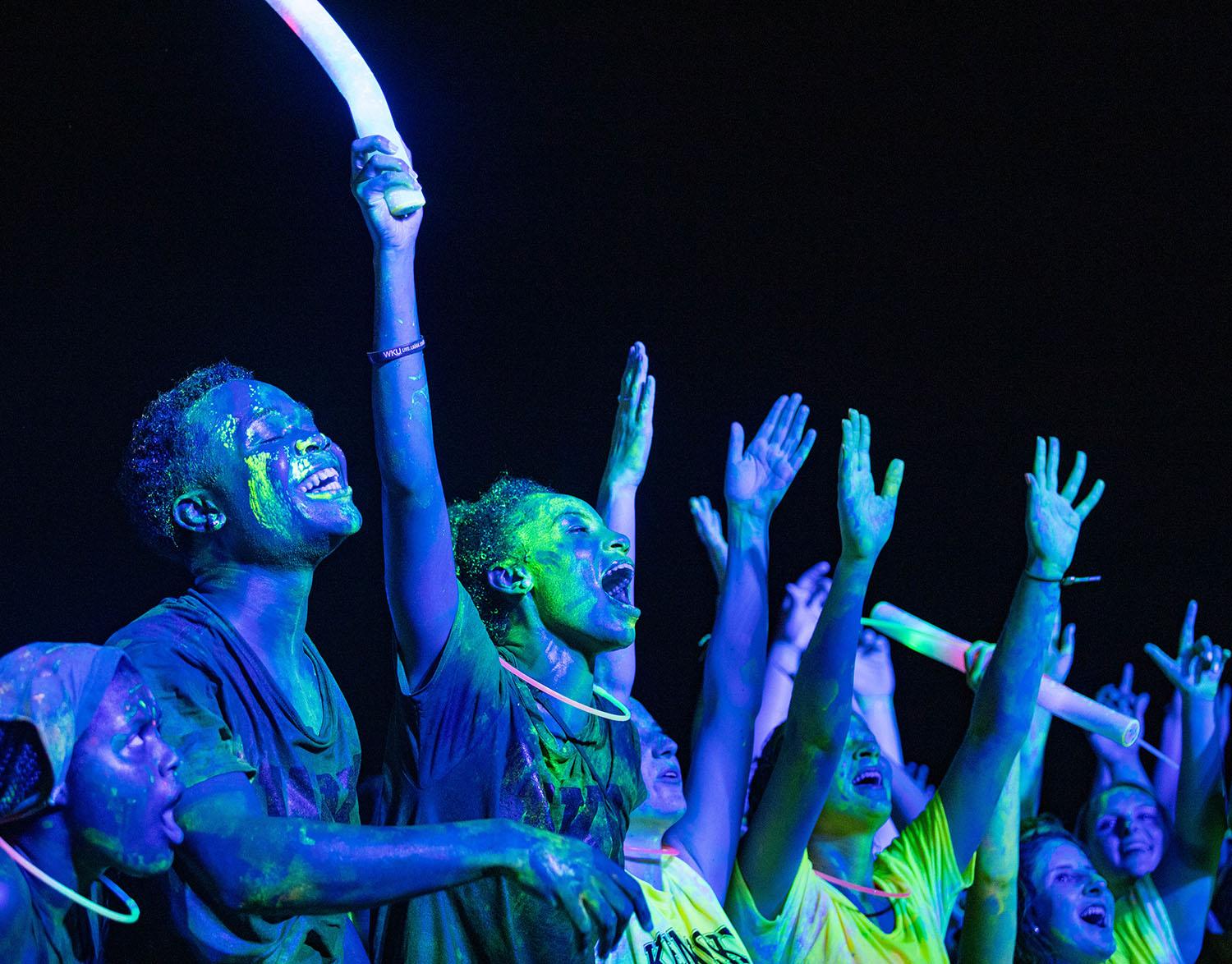 Incoming freshman participate in a GlowZone party on Wednesday, Aug. 21. During WKU Master Plan, an orientation program for incoming freshman to adjust to college life. (Photo by Joeleen Hubbard) 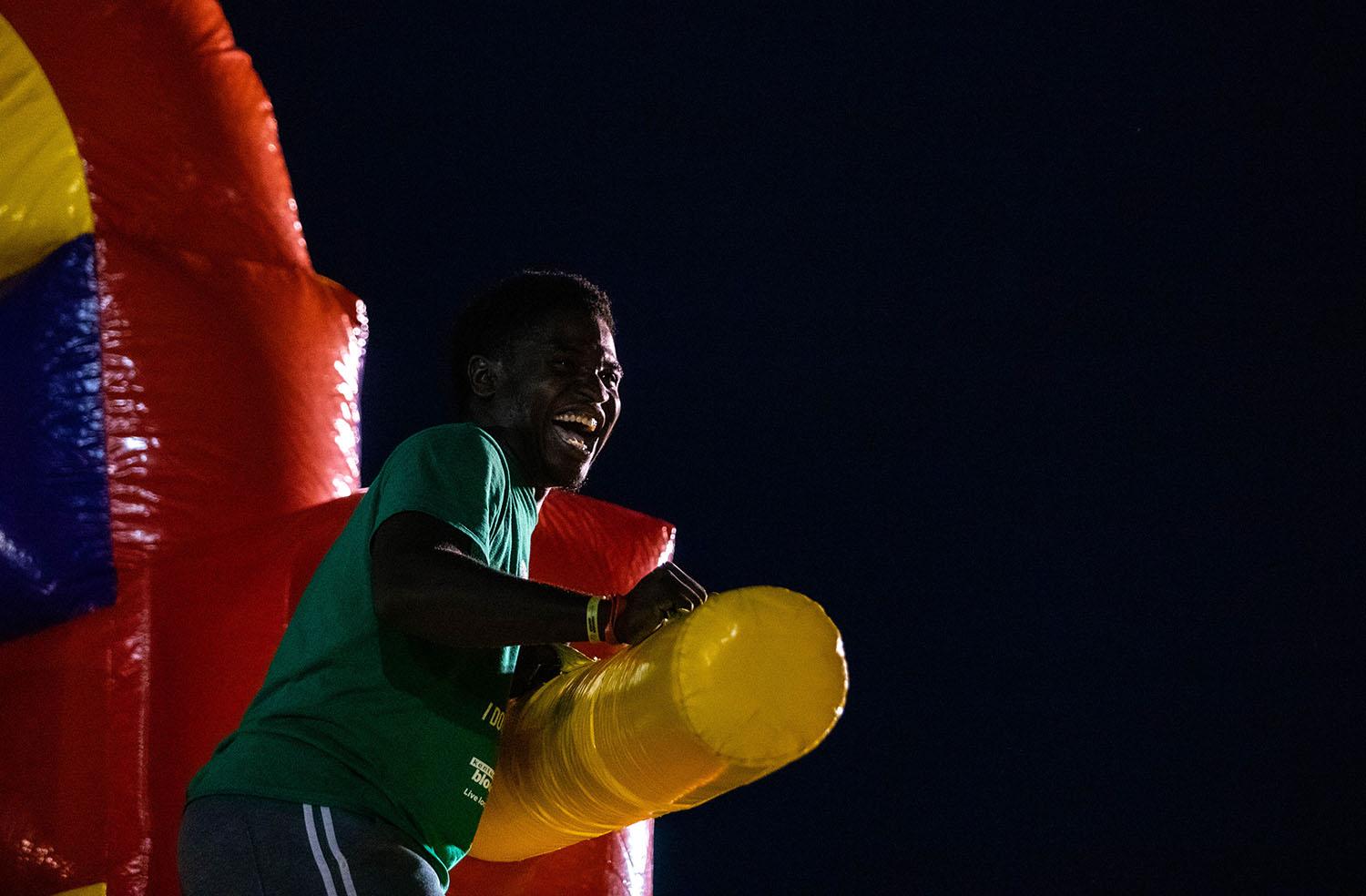 Garry Love battles his friend on an inflatable during the WKU MASTER Plan carnival on Friday, Aug. 23. (Photo by Joeleen Hubbard) 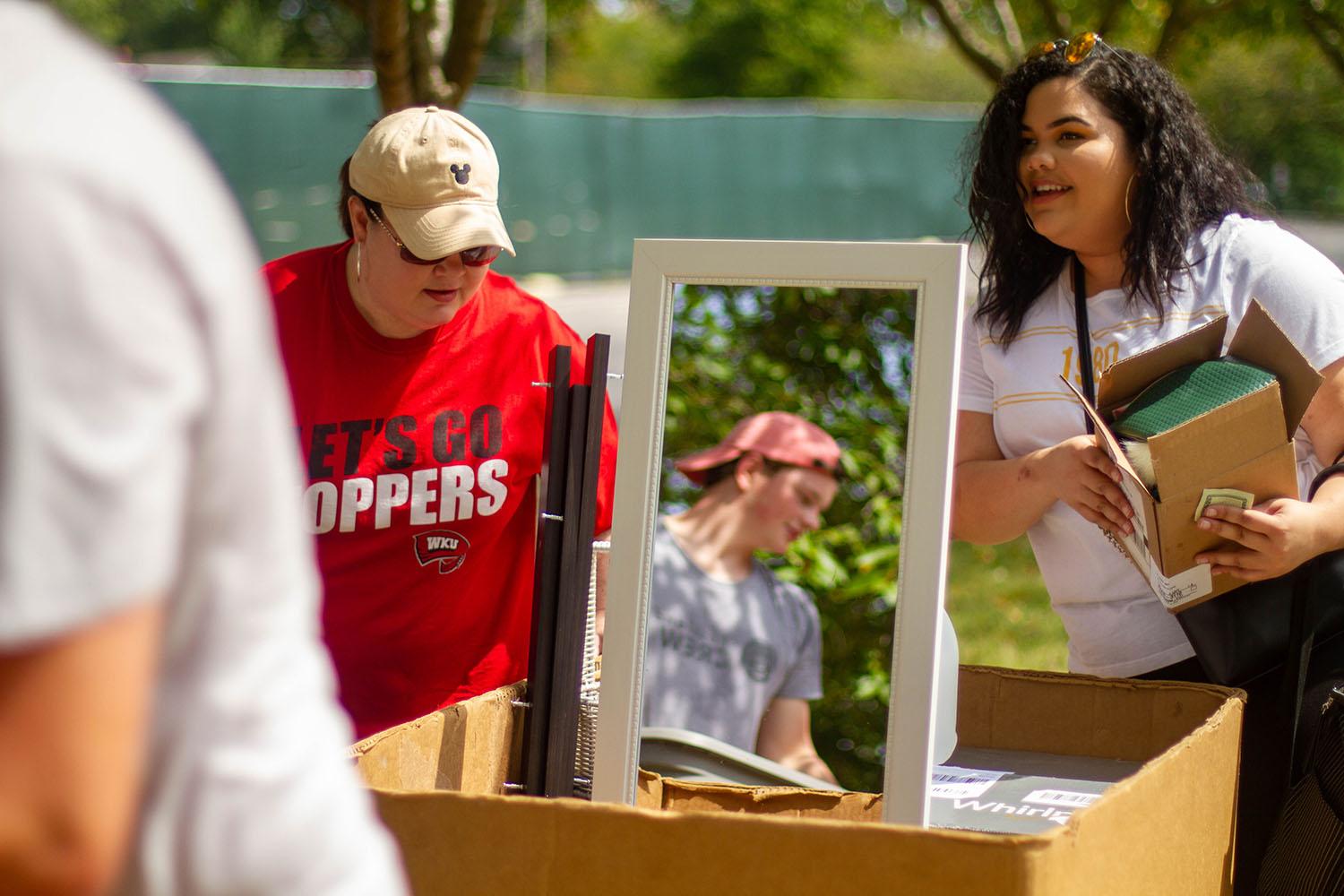 Bowling Green Freshman, Madelyn Wilson, prepares to move into her dorm, Pearce Ford Tower, on Aug. 20. “I have a lot of family here to help me move into PFT,” Wilson said. “Hopefully we can all fit with this stuff.” (Photo by Morgan Bass) 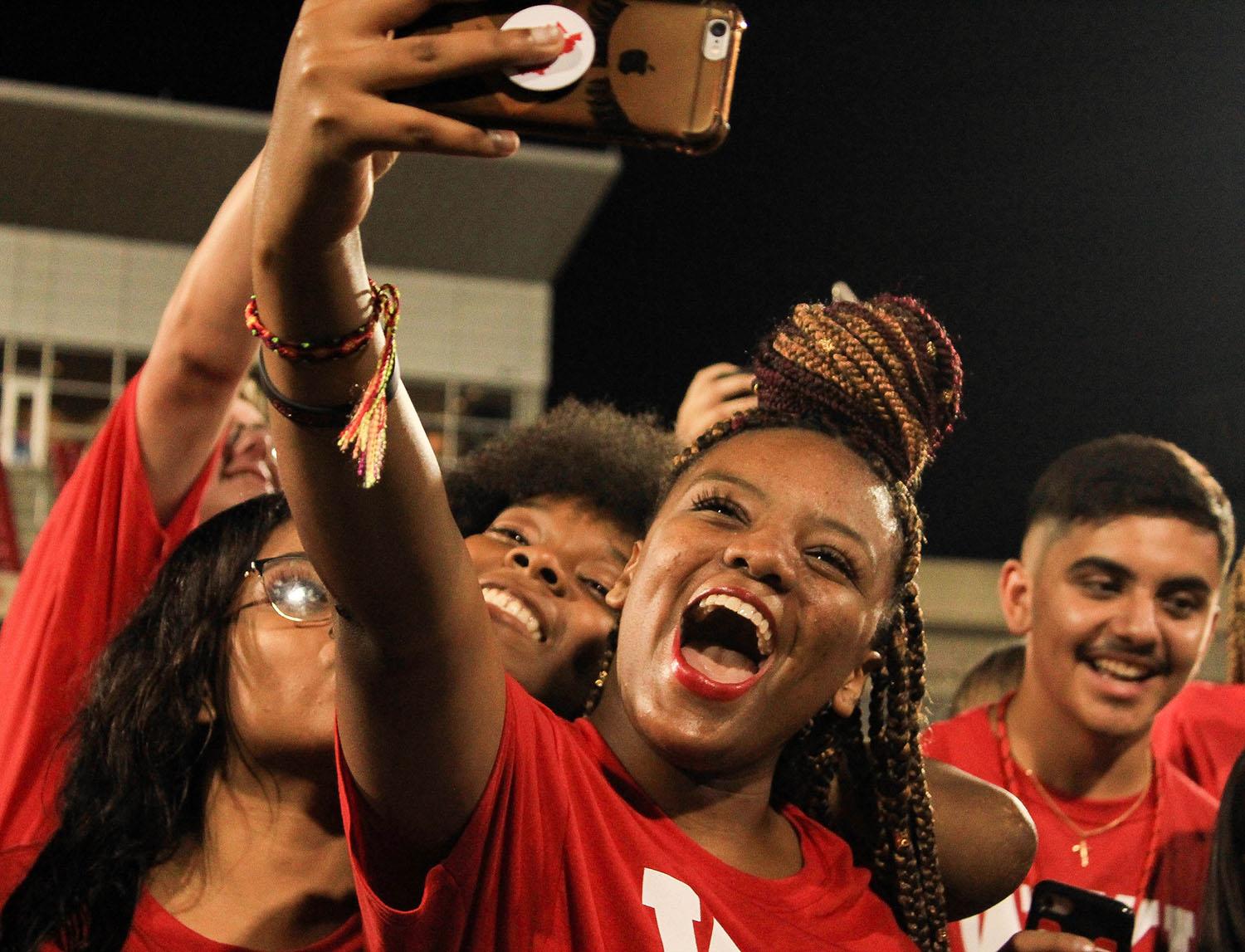 Kierra Howard, an incoming freshman, participates in a game during the playfair on Aug. 20. The challenge was to take as many selfies as possible. (Photo by Manzar Rzayeva)