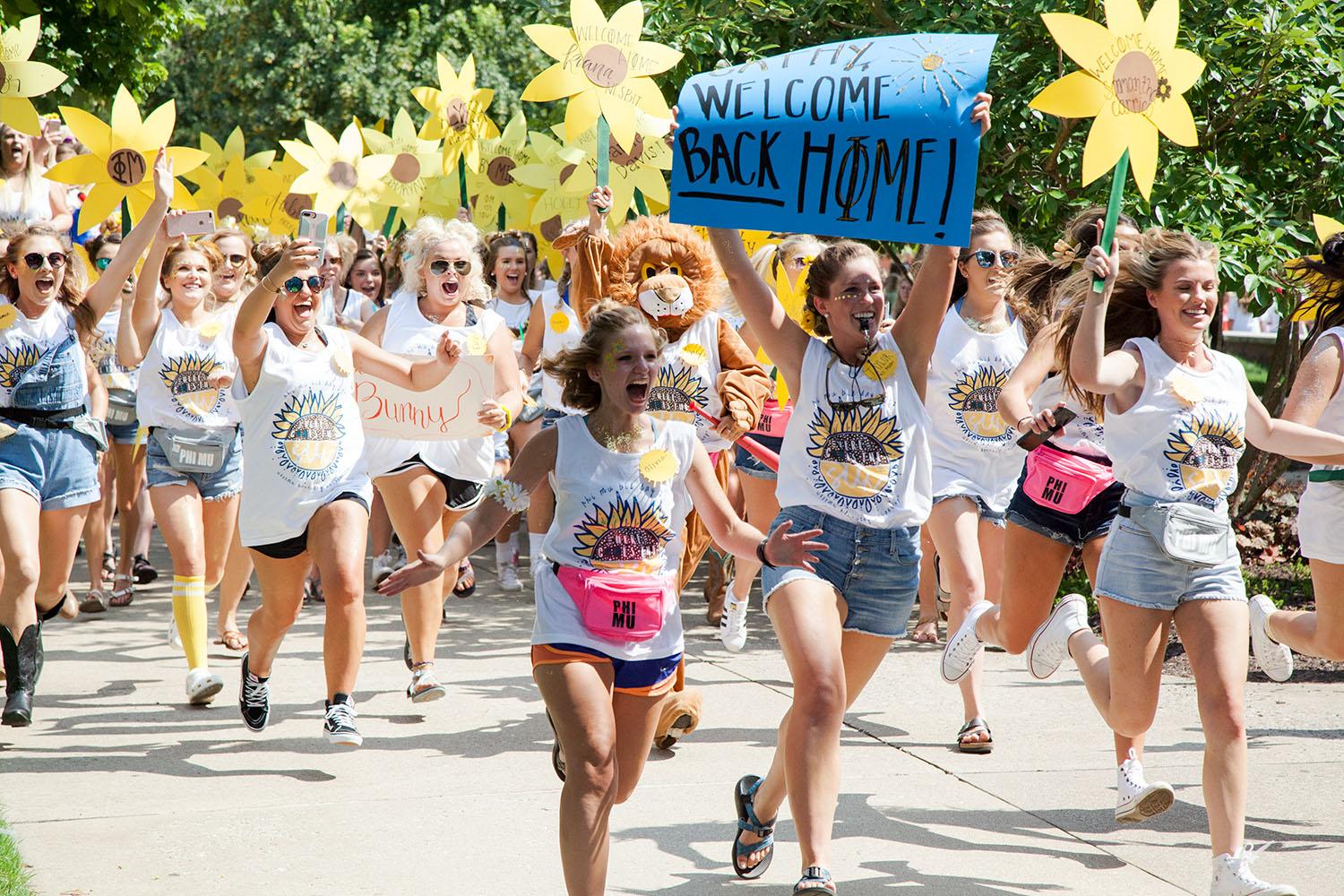 It’s all Greek to me

So, your roommate just joined a sorority, and you officially have no idea what she’s talking about. Last week, everything was perfectly normal, but now, she’s throwing around words like “chapter” and “panhellenic,” and she can’t stop talking about how excited she is to get a “big.”

Entering Greek life is like entering a whole new world that comes with its very own language and culture. Trying to decode it can be overwhelming at first, but don’t fret. We are here to guide you in these confusing times with this Greek life glossary.

A Gamma Chi is like your mother during recruitment. She gives you a baggie filled with snacks and sends you off into the sorority world with a hug and words of encouragement.

The fearless leaders of any sorority, including the president, vice president and various chairs and coordinators.

If you went through recruitment, you most likely have a fair amount of these memorized. Get ready to learn a million more by heart.

The “home base” of a sorority. Some members live in the house, but it also exists for other members to use as a study spot or just a place to stop by to have a movie night.

The Greek letters that represent a sorority. They can usually be spotted stitched on shirts, bags and any other embroidery-ready surface.

The charitable cause or organization for which each sorority volunteers and raises money.

A “big” serves as a mentor and best friend to a new member, their “little.”

Also known as “sorority Christmas,” this is when a big anonymously gives gifts to her little all week. The gifts hint at the big’s identity, which is revealed later in the week [see “big/little reveal”].

An event during which the big’s identity is finally revealed to the little and they run and hug each other. Editor’s note: it’s really dramatic and cute.

A collective of sororities that represents the best interests and sisterhood of all of the sororities on campus. #PanLove

The night when girls must make their final decision about which sorority to join. Warning: There is crying involved.

The fateful day when new members run to their sorority. It’s crazy, and lots of random people will gather to watch the collisions occur.

The week when sororities recruit new members. If you’ve been on the Hill this past week and have managed to avoid learning what this is, we offer you our congratulations.

An event in which a sorority and a fraternity rent a venue for their members to dress up according to very random themes and dance. Also: a great time.

When a new member becomes a fully active member of their sorority.

An event in which sorority members get to wear prom dresses in their 20s — so, it’s pretty awesome.

A term which refers to someone with a family member who is an alumna of her same sorority.

Pinkie promise that absolutely no sororities at WKU are allowed to do this. They are expected to treat their new members like the queens they are.

A “potential new member,” or anyone going through recruitment.

Every sorority answers to a higher power known as its “national,” or the national organization that watches over all of its chapters in the country.

There’s still a lot to learn, but hopefully this glossary sets you on the right path.