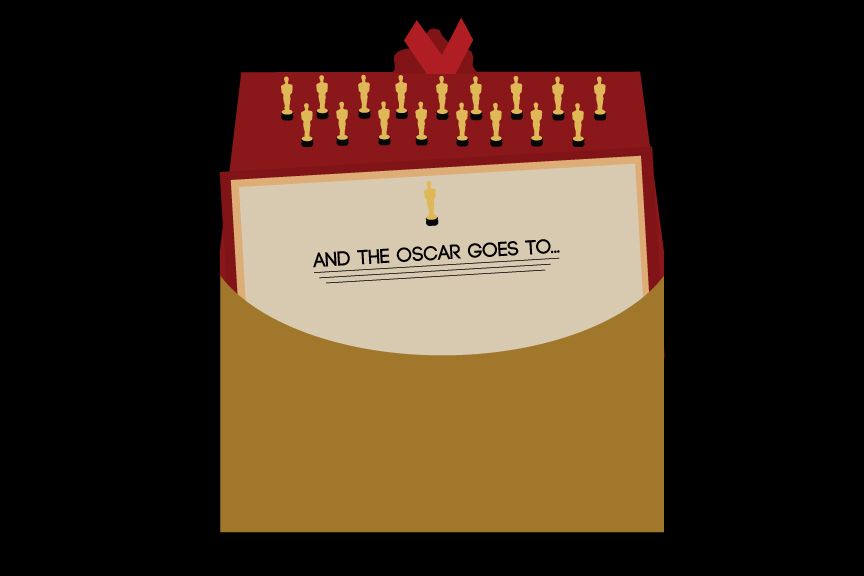 Our favorite moments from the Oscars

As a film major, watching the Academy Awards is almost mandatory for me. I used to dream of walking the red carpet as a famous actress, but these days I’d even be honored to be invited as a cinematographer or production designer, seeing as now I appreciate all the work they do that helps make a movie great.

This year, the Oscars come after a series of award shows that have already held a few upsets, political statements and diversity. The nearly four-hour broadcast of the 89th Oscars ceremony was jam-packed with all of those and more.

If you happened to miss some of those four hours, or perhaps you are still overwhelmed by it all, don’t worry because I have a highlight reel of all the really important stuff.

Jimmy Kimmel hosted this year, and for the most part did really well, save for a few awkward jokes, but hey, they can’t all land.

“Suicide Squad” won an Oscar for best hairstyling and makeup. After the very hot and cold reviews for the movie, this was considered a big upset. It makes me a bit upset that “Suicide Squad” now has the same amount of Oscars as Leonardo DiCaprio.

There was an awesome Jackie Chan tribute for his first Academy Award win this past year after making an estimated 250 films and breaking a lot of bones. Oh, and he also brought two stuffed pandas as his date to represent two pandas he actually owns in real life. So basically, Jackie Chan is the coolest and cutest winner. Also, Chan is the first Chinese actor to win the Governor’s Award, which recognizes career achievements in film.

We cannot forget how Jimmy Kimmel made it rain candy, donuts and cookies from the ceiling Hunger Games style, complete with little parachutes.

There was a Lion King tribute of sorts as Jimmy Kimmel raised young “Lion” actor Sunny Pawar into the air like Rafiki does to Simba in “The Lion King.” Upon being lifted, Pawar yelled into the microphone “Lemonheads and Mike and Ikes!” to which we can all relate.

Lin-Manuel Miranda did not win the Oscar for his song “How Far I’ll Go” from “Moana,” in which he would have been the youngest person ever to receive the most prestigious honor in entertainment: the EGOT. EGOT is an acronym for Emmy Grammy, Oscar and Tony. Only 12 celebrities have accomplished this, including Audrey Hepburn, Mel Brooks and Whoopi Goldberg.

While Miranda didn’t complete his EGOT this year, he performed the nominated song at the show with Auli’i Cravalho, who voices Moana. Sixteen-year-old Cravalho was a dream and a real princess on stage, and she didn’t even flinch when one of the flag wavers skimmed her face with a flag. She is true Disney royalty.

About halfway through the ceremony, there hadn’t been many heavy political statements, and Kimmel decided that the lack of Twitter interactions by President Trump was concerning, so he took it upon himself to tweet the POTUS and ask him what was up.

Hey @realDonaldTrump u up?

Mahershala Ali became the first-ever Muslim Academy Award winner. He took home the Oscar for best supporting actor for his performance in “Moonlight.”

Viola Davis finally took home an Oscar for her role in “Fences” as best supporting actress. Many fans were relieved to see her win after the widespread belief that she was snubbed a few years back when she didn’t win for her role in “The Help.”

The notorious rivalry between Matt Damon and Jimmy Kimmel came to a whole new level when Kimmel teased Damon for his movie “We Bought a Zoo,” followed by him trying to play Damon off the stage from the orchestra pit while Damon was merely presenting an award. Damon was a great sport about it, though, and couldn’t help but laugh at Kimmel’s relentless antics.

There were multiple beautiful tributes to the industry. One was about how far women have come in the business. Another was about how movies are “a universal language.”

Nobody could forget the beautiful Memoriam for those who have passed, including Bill Paxton, Debbie Reynolds and Carrie Fisher, while Sara Bareilles sang “Both Sides Now” and made everyone cry. However, the touching moment was followed by reports that the wrong woman’s portrait was used for costume designer Janet Patterson, who died in October. Apparently, show production staff accidentally displayed the image of Australian producer Jan Chapman. Oops.

President of the academy Cheryl Boone gave a brief speech about empathy and acceptance. The academy is typically regarded as a predominately white male board, but Boone is a woman of color, which was a pleasant surprise to me. She touched on the theme of the night: inspiration. Cheryl Boone, as well as the diverse and hardworking winners, really paid homage to that throughout the evening.

Kimmel not only made a Mean Tweets: Oscars Edition, but he also organized a prank in which a Los Angeles tour bus made a detour at the Oscars, making Gary from Chicago one shocked, and now internet-famous, man.

The movie “Zootopia” won over “Moana” for best animated feature film. This also fit the theme of inspiration as the creator of the film said in his acceptance speech that the main message of the movie was that “tolerance is more powerful than the fear of the other.”

“The Salesman” won best foreign film, but Iranian director Asghar Farhadi did not accept his award in protest of the presidential ban and “for the respect” of those whom the ban didn’t allow to be part of the awards. This included Syrian cinematographer Khaled Khateeb, whose work on “The White Helmets,” a Netflix-original documentary about the battles and hardships in Syria, won an Oscar this year. “The White Helmets” is available on Netflix, and it is a brutal and inspiring must see. I mean, it won an Oscar and everything.

Emma Stone going from a lego Oscar back in 2015 to winning her first ever Oscar for Best Actress in a leading role in 2017 is life goals. pic.twitter.com/Glp7lC8gCR

To end the exciting and very long evening, Warren Beatty and Faye Dunaway were to announce the best picture winner in respect to Bonnie and Clyde’s 50 year anniversary.

After an awkward pause, Beatty announced that “La La Land” was the winner, but after another minute of awkward and breathy speeches, it was announced that there had been a mistake with the card.

Moonlight was actually the true winner for best picture. No hard feelings from the “La La Land” crew, though. They left with six other Oscars in hand, the most of the night. The mix up probably left Steve Harvey having PTSD flashbacks from his Miss Universe pageant flub.

“Moonlight” was a groundbreaking and beautiful film, and I highly recommend it. It came into the night with eight nominations and left with three Oscars, including best supporting actor, best adapted screenplay and, of course, best picture.

You can never go wrong with a best picture winner that sticks with the diverse, empathetic theme of inspiration

Until next year, that’s a wrap.