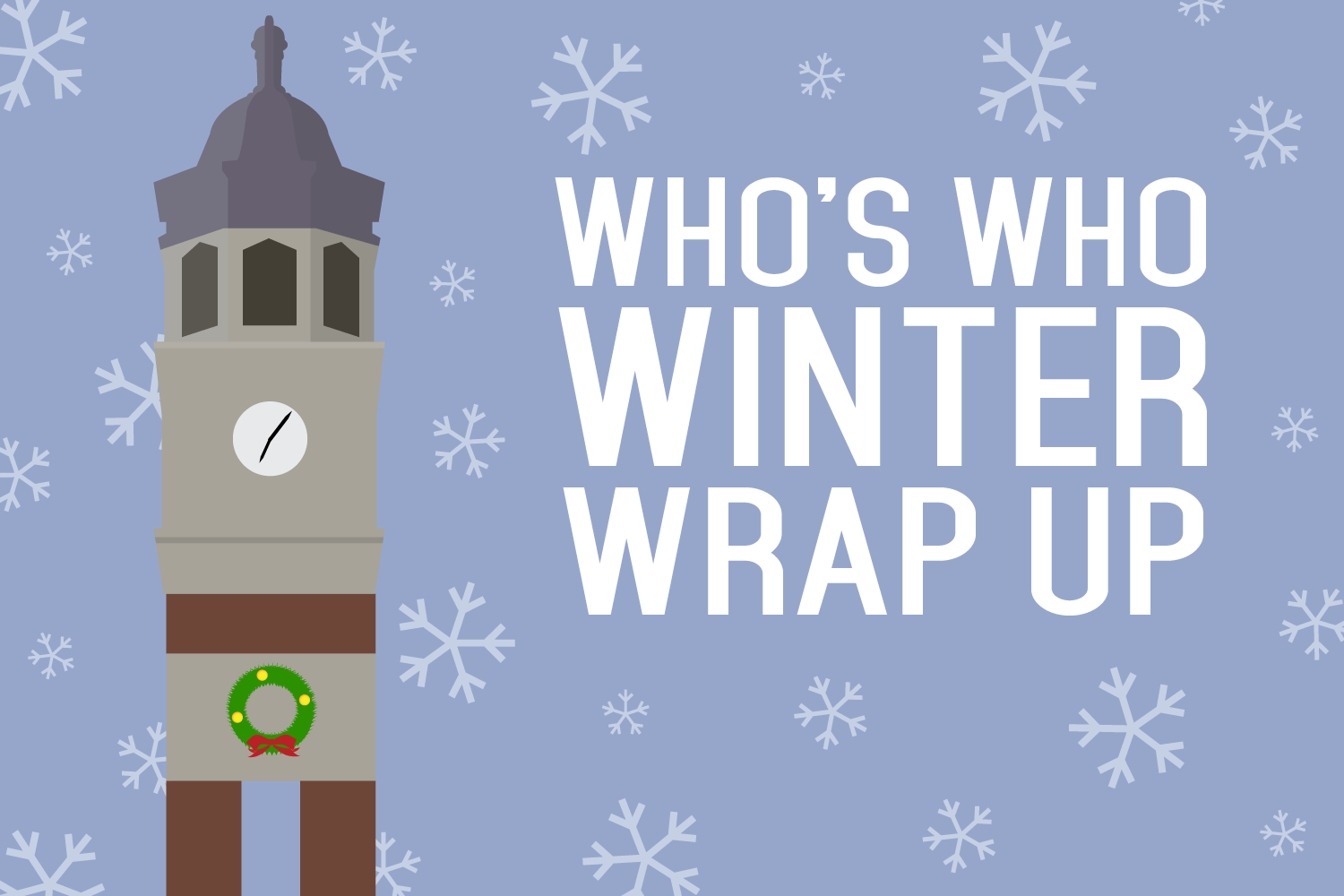 The celebrity gossip you might have missed over break

For the sake of full disclosure, despite being an impromptu gossip guru, this Talisman writer does not traditionally spend much time following celebrity news, but in the last six weeks, there have been some celebrity moments so shocking that even he felt the need to write about them.

At the beginning of WKU’s six-week winter break, Kanye West met with Donald Trump in Manhattan at Trump Tower, AND. THE. INTERNET. EXPLODED.

Taking the time to pose with President-elect Trump, a video posted by the New York Times shows West ignoring many questions shouted at him by reporters about his reasons for the meeting. Anyone who is familiar with West knows that he has a habit of behaving oddly, and many still speculate whether this meeting was a publicity stunt, a casual meeting with a friend or West’s first step into politics. One of West’s tweets shortly after the meeting simply read “#2024” and seemed to suggest that West wanted to run for a political office.

Taylor Swift, who has made an effort to remain out of the limelight since her feud with our potential future President West and first lady Kim Kardashian-West, celebrated her 27th birthday on Dec. 13.

Unfortunately, Swift can’t catch a break. She was subtweeted by her ex-boyfriend John Mayer. He later deleted his tweet, which read, “Tuesday, December 13 may be the lamest day of the year, conceptually.” To avoid pointing any fingers­ — except I am — it’s possible the tweet was a coincidence. Moving on.

A Fifth Harmony band member, Lauren Jauregui, was given a citation for possession of marijuana in an airport, according to US Weekly, and another member, Camila Cabello, split from the group in the new year to pursue a solo career.

Rob Kardashian, a brother to the Kourtney, Kim and Khloe Kardashian, and Blac Chyna gave birth to their first child together. Don’t know who they are? Neither did I. But it’s important to note that another Kardashian has entered the world. Right? I don’t know. Carrying on.

Miley Cyrus shared photos on her Instagram of a new marijuana tattoo she got for Christmas and of a weed-themed birthday party she threw for her boyfriend Liam Hemsworth. Can’t say we were that surprised.

@merryjane hooked it up! Wowzyyyyyyyy! Thanks Uncle @snoopdogg for being such a dope ganja innovator

Gigi Hadid may have refused a marriage proposal before Christmas from current boyfriend Zayn Malik, according to hollywoodlife.com. However, she has recently been spotted wearing a small band on her left ring finger leaving many fans wondering if she secretly accepted the second proposal.

Blowing the Taylor Swift and Drake relationship rumors out of the water, Drake and Jennifer Lopez officially started dating and publically declared their love to each other with a snuggly photo on their Instagram accounts, and according The Cut, Rihanna, Drake’s ex, quickly unfollowed JLo. Awkward.

Mariah Carey finished off an already dismal 2016 by making everyone watching ABC’s “Dick Clark’s New Year’s Rockin’ Eve” with Ryan Seacrest feel very uncomfortable. Something went wrong with her music track, and many people have labeled it as a lip-sync failure. Carey stumbled around the stage as her dancers tried to help her power through the technical difficulties. In the end, Carey walked off stage without finishing her performance, saying “it just don’t get any better.” And so, 2016 ended how it started — with disappointment.

The Bachelor returned to television for its 21st season on Jan. 2. Even if you haven’t been watching the last 20 seasons, you’ve probably heard the name, “Corinne,” but we are not going to go there. Look her up on YouTube if you want some basic Bachelor-style drama.

Kylie Jenner made Forbes’ “30 Under 30: Celebrities” list at age 19 for founding Kylie Cosmetics. She was one of two business owners on the list.

The Golden Globes came and went, bringing shocks and cheers in its wake. The movie “La La Land” set a record for the most Golden Globes won for a single movie after it won every one of its seven award nominations.

La La Land’s victory was overshadowed by Meryl Streep’s lifetime achievement acceptance speech, which was directed at President Trump and how he portrayed himself during his campaign. Many people both applauded and detested the speech. Trump later posted a tweet saying “Meryl Streep, one of the most over-rated actresses in Hollywood, doesn’t know me but attacked last night at the Golden Globes.”

Meryl Streep, one of the most over-rated actresses in Hollywood, doesn’t know me but attacked last night at the Golden Globes. She is a…..

Luckily for Tom Hiddleston, Streep seemed to attract most of the media’s attention, but many still caught his off-mark speech. After accepting his award, Hiddleston took up a lot of time with a story about a trip he took with UNICEF to South Sudan, where he met a group of doctors and nurses who had “binge-watched” his nominated show. After arriving at the point of his story, the actor said, “The idea that we could provide some relief and entertainment for the people who … are fixing the world in the places it is broken made me immensely proud.”

Hiddleston later apologized on Facebook saying that he was very nervous and messed up what he wanted to say. However, this did not stop viewers from calling him out. One of the viewers was TV star Joshua Malina who tweeted “Thank you to Tom Hiddleston and all actors who dare to perform in projects that are shown in some of the most dangerous parts of the world.”

Thank you to Tom Hiddleston and all actors who dare to perform in projects that are shown in some of the most dangerous parts of he world.

Cold, but really funny. Oh, I almost forgot. Ryan Reynolds and Andrew Garfield kissed during the show’s opening with host Jimmy Fallon. Do with that information what you will.

Celebrity gossip in January was littered with suspects being arrested regarding Kim Kardashian’s robbery in Paris last October. As of Jan. 9, 17 people were taken custody in France based on DNA evidence left at the scene of the crime, according to the BBC.

Ariana Grande took to Instagram on Jan. 13, posting a photo of herself with an arguably arrogant caption. It said, “When you’re cute but you’re also the hardest working 23-year-old human being on earth.” Based on the comments of the photo, many people were upset about the post, but some came to her defense. Either way, I think Grande needs to chill out a bit, but that’s just me.

Selena Gomez and The Weeknd

A relationship between Selena Gomez and The Weeknd was outed after paparazzi photos showed them cuddling while walking to a car. An anonymous source cited on DailyMail said that The Weeknd’s ex-girlfriend Bella Hadid has contacted him several times, saying that she thinks Gomez is using him. Gomez’s ex-boyfriend Justin Bieber feels the same way, according to TMZ. Are the exes jealous or are they telling the truth? Can we trust an anonymous source? Time will tell.

That’s it for now! Now that you’re all clued in, go ruin some conversations with your new-found celebrity knowledge. Or you could just go back to bed and catch up again in another six weeks. It’s up to you.