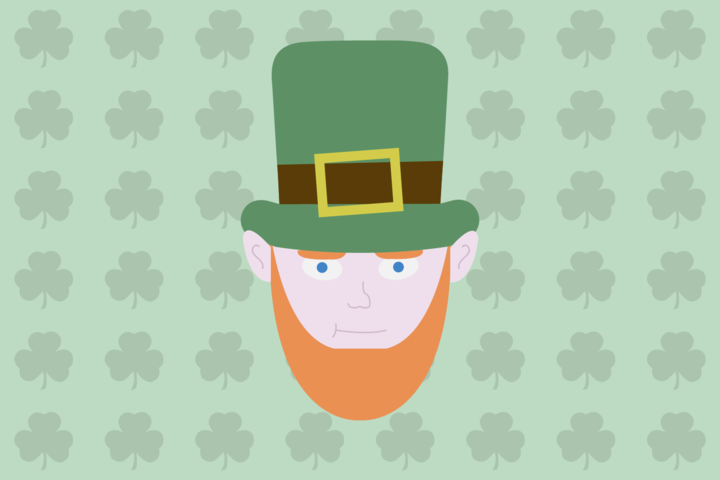 The history of St. Patrick’s Day

Neither did I, until I started doing a little research. I found two stories — one from TIME  and one from National Geographic that shed some light on who St. Patrick was and what this holiday means.

Patrick was kidnapped at 16 and sent overseas to Ireland as a slave. There, he became invested in Christianity. According to folklore, Patrick heard a voice in a dream telling him to escape, and he found his way back to Britain on a pirate ship. He then heard voices telling him to go back to Ireland, where he would become a priest and try to convert the Irish to Christianity.

Legend has it that Patrick’s original name was Maewyn Succat and he changed his name to Patricius after he became a priest, which comes from the Latin term meaning “father figure.”

According to folklore, Patrick used the shamrock to explain the Christian holy trinity, using the three leaves to represent the Father, the Son and the Holy Spirit.

Patrick, who became a Patron Saint of Ireland, died around the fifth century. The March 17 celebration of St. Patrick’s Day began centuries later when the church honored St. Patrick with an established Feast Day in 1631.

The color green wasn’t linked to St. Patrick’s Day until the Irish Rebellion of 1798 against the British. Before that, the color blue represented St. Patrick’s Day, and it was present in the royal court and on ancient Irish flags. During the rebellion, the British wore red, so the Irish decided to wear green. They sang “The Wearing of the Green,” which solidified green as an important color in Irish history.

Chicago even dyes a portion of its river green for the holiday. This tradition began in 1962 when Steve Bailey, a parade organizer and the head of a plumbers union, found a dye used to find possible sources of river pollution turned a colleague’s overalls green. He had the idea to add that dye to the river, and it’s been tradition ever since.