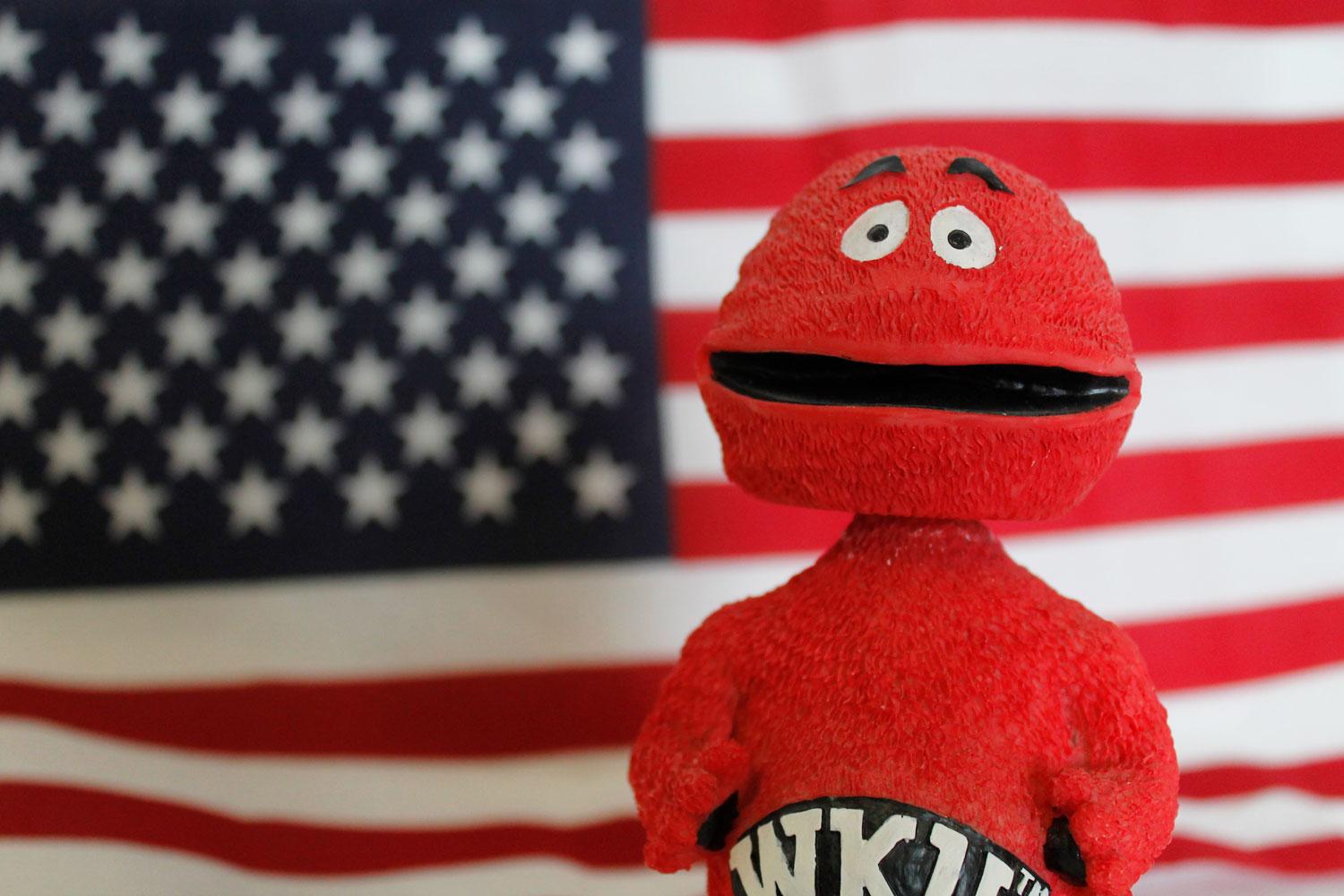 Who would win Big Red’s vote?

America can now take a small sigh of relief after Wednesday night knowing that the third and final presidential debate is over.

In the aftermath of the second debate, the leading contender for the worst of the three debates, we all collectively believed that it couldn’t get any worse from there. Even the shiny image of somehow undecided voter Ken Bone couldn’t keep us in any sense of fantasy after it came out that he’s into some weird stuff on Reddit.

Here’s a quick breakdown of key debate topics in no particular order: the Supreme Court, Russia, WikiLeaks, nuclear weapons, Donald Trump not being super sure if he’d accept the results of the election (and later saying he would only if he won), a moderator who actually pushed the candidates to answer questions, Hillary Clinton’s intention to raise taxes made clearer and a disappointing lack of kicking and screaming.

People decided to watch the debates in different ways. Here at WKU, the Political Engagement Project, the Housing and Residence Association and the Student Government Association teamed up to host a watch party aptly called Top the Vote.

Moving past the last debate and any sort of factual analysis of that (you can find that here), we have to ask ourselves an important question.

Who is Big Red voting for?

Following the event, Big Red tweeted that it “Had a great time last night at WKU Top the Vote.” The tweet shows Big Red with political signs for Trump, Clinton and Libertarian presidential nominee, a man who may still not know what Aleppo is, Gary Johnson.

Surely Big Red knows that it can only vote for one person. Unless, of course, that giant media conspiracy to rig the election comes true. A conspiracy in which I am totally and unequivocally not a part of; I say reading off a scripted piece of paper that I’m supposed to read when confronted with this question.

Anyhow, it’s time to dive into the big question of who does Big Red support for president? First, let’s go off the assumption that Big Red is a literal manifestation of WKU and all the strings that come attached with that. Meaning the whole international reach tagline, red towels, etc.

Let’s start off with Johnson. Likely the biggest deterrent for Big Red to not vote for Johnson is his support for abolishing the entire Department of Education. Which seems super edgy to just get rid of an entire federal department until you realize that Pell Grants are a pretty good thing and help the university and students alike.

Johnson does, however, value the environment and that we need to “stand firm to protect our environment for our future generations, especially those designated areas of protection like our National Parks.”

And if WKU values anything about the environment it’s all the beautiful greenery and sustainability efforts we now implement after all those years we used to coal to heat campus.

What about Clinton? For example, Clinton’s policy on LGBT rights and equality essentially comes down to fighting for “full federal equality for LGBT Americans.”

However, while the university was the first in the state to offer an LGBT resource center, we soon got rid of that in favor of supporting other student groups. Ice cream is fun, but resources for LGBT students would be some great sprinkles.

Also, while not a specific policy per se, Clinton seems to favor politicians having “both a public and a private” position for negotiations. Which may, in fact, be something Big Red would support.

After all, the university appears to have to have a public and private position when it comes to the Health Sports Medicine Complex. Privately, they would love for The Medical Center to fund it, but now they have to actually make that process public. What a drag, am I right?

Finally, we come to Trump. In regards to his trade policies, Trump is not a fan of China, which puts Big Red in a troubling position. How then are we supposed to strike decade-long deals with foreign governments with little outside oversight if our president isn’t on the best terms with said country?

One policy of Trump’s Big Red may support is his stance on cybersecurity. Honestly, anything to get the constant flood of phishing emails to stop would be amazing at this point.

But also Trump wants to build a wall between Mexico and make their country pay for it and isn’t exactly a huge fan of immigrants or refugees or really anyone who isn’t himself. Even Trump’s inflated ego would prove too big for Big Red to try and eat.

At the end of the day, Big Red can’t vote. But you can vote, so stop being too cool for democracy, put on your adult face and cast a ballot.