Tucked out of sight in a shopping mall off Scottsville Road is the Ellis Walker Gallery.

They display artwork from various WKU professors as well as professors from the Southcentral Kentucky Community college and local artists. And for the first time on March 22nd, the Ellis Walker Gallery held a student art exhibition.

Art professors from both WKU and SKYCTC picked around 22 artists to participate in the exhibition. The gallery displayed the students work alongside that of professors and local artists.

Bowling Green senior Molly Lee she was never really surrounded by artist growing up, but started taking art classes as a student as a general education requirement at SKYCTC.

She discovered the gallery after her art professor and advisor at SKYCTC, David Jones, told her about it.

“It is a hidden away treasure,” she said. 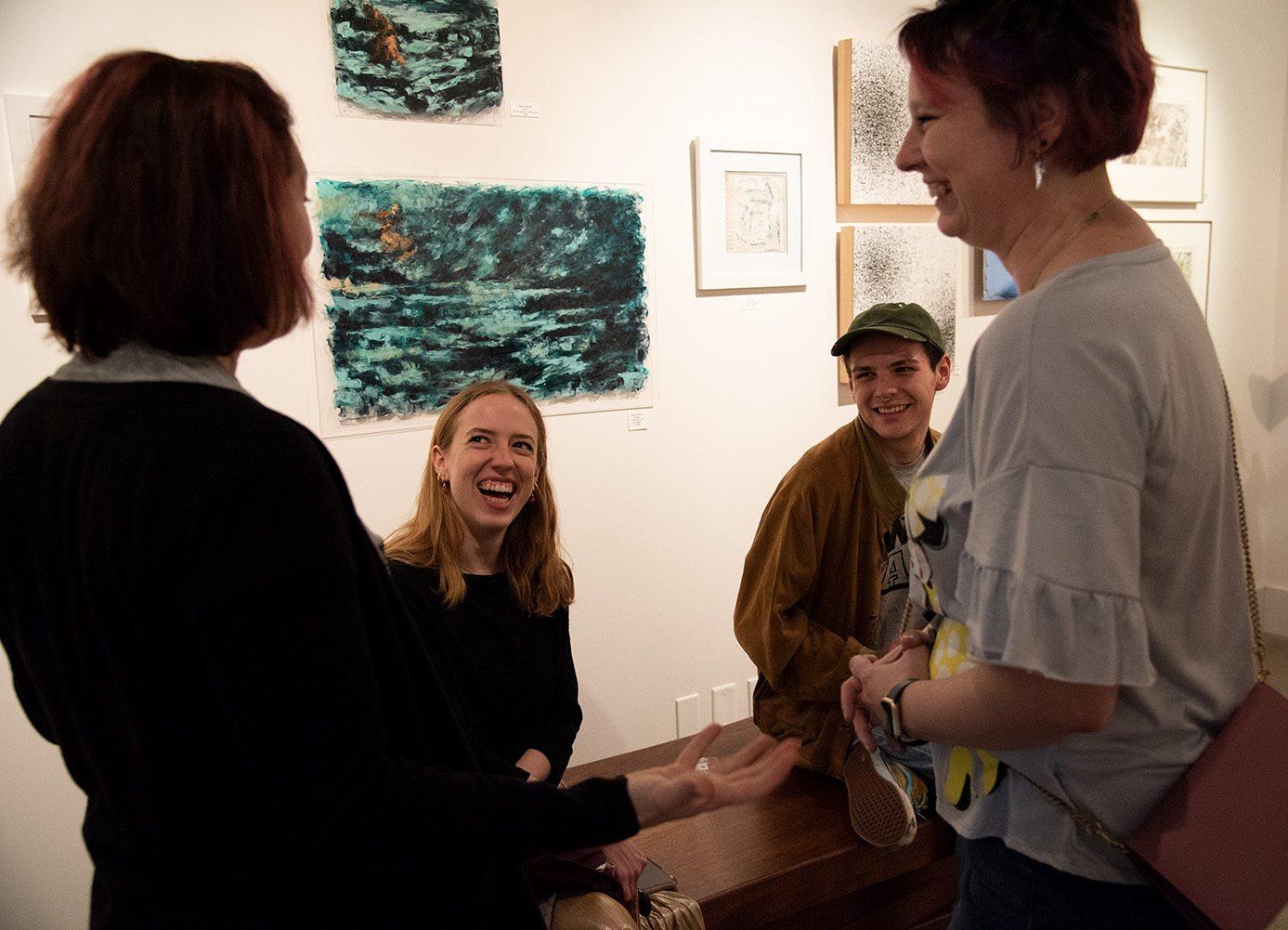 Elizabethtown senior Paige Miller (from left), and Greenville freshman Ethan Justice speak about their student work at the Ellis Walker Gallery to Kristina Arnold, head of the Department of Art, and Stephanie Turner, the Department of Art office associate, at the gallery opening.

Jones is a local artist and also participated in the exhibition. He said having a student exhibition off campus is not something that’s very common.

“This is a good opportunity for people to exhibit and view this new generation of artists,” he said. “When I was a student, it was rare for you to have an opportunity like this.”

An artist reception was held on their opening day on March 22 from 5 to 8 p.m., in which the community was invited to come out and take a peek at what Bowling Green’s art community looks like, students and professors alike.

Elizabethtown seniors Kristen Lile and Katie Thomas were surprised there were so many different kinds of pieces. The gallery displayed paintings, drawings, sculptures, both realistic and abstract or just simply representational, creating an ordinary object out of the not so ordinary.

“I didn’t realize there were so many different ways to make art,” Thomas said.

Lile, a biology major, said she appreciated the opportunity for students to showcase their work to friends and family–– something she rarely gets to do.

“You can’t invite people to come see your grade,” she said. 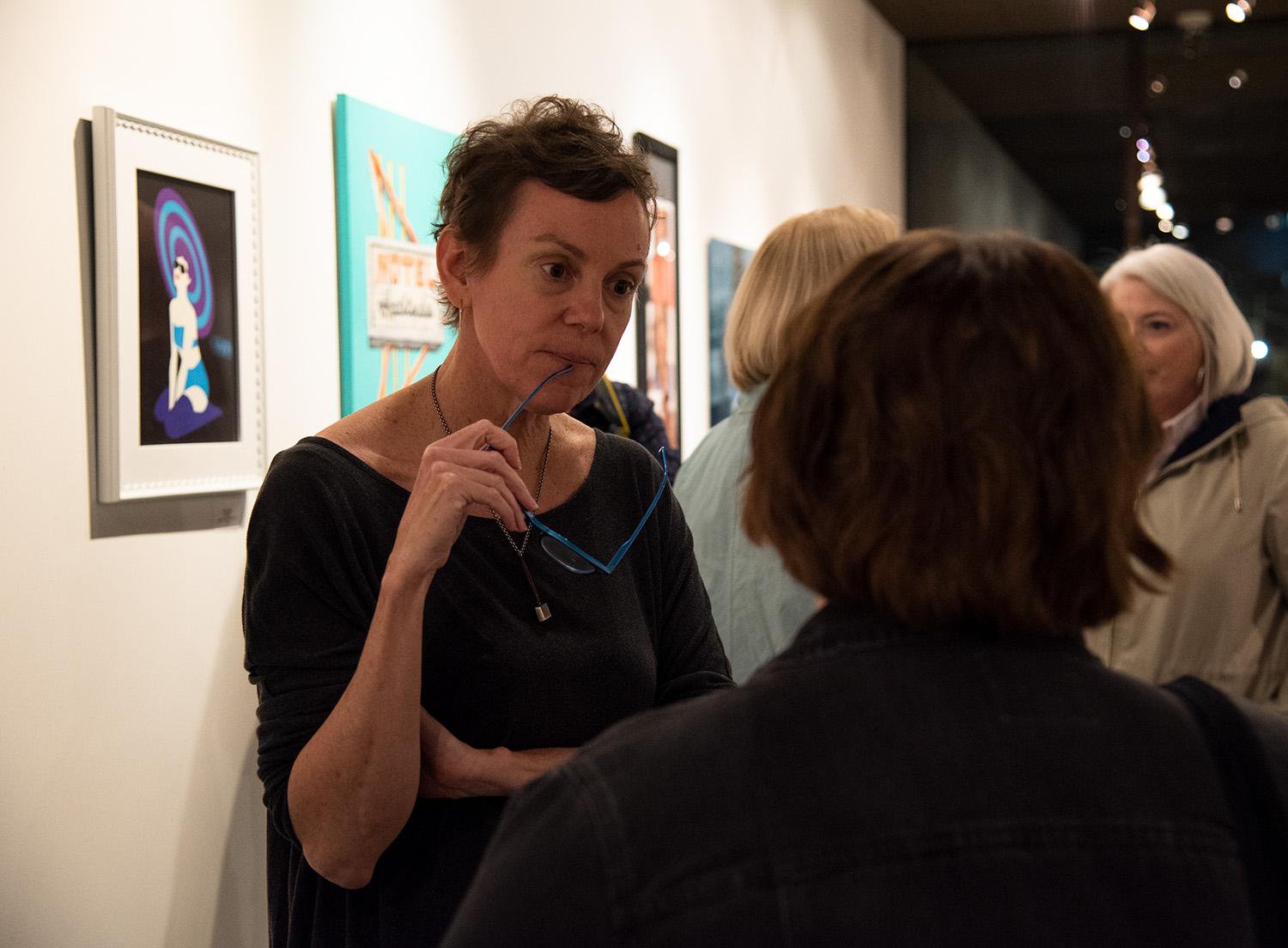 The Ellis Walker Gallery, partially owned by Harvey and Sarah Johnston, is a home for local artists work.

Sarah Johnston radiated support for the artists. Consistently throughout the event, she could be found alongside the artists filled with just as much enthusiasm as them, if not more. She said the exhibition was something the gallery had been wanting to do for years, but struggled to find support from the community.

“This work would be just as important anywhere else,” she said. “Holding this show is something that we’ve thought about — it was all a matter of speaking with the right people.”

Bailey Jordan, a senior from Bowling Green, said she on finds inspiration for her pieces from other’s mental health issues.

“I speak with people suffering and do research before I start a piece so I can understand the feelings behind them,” Jordan said.

Bowling Green senior and daughter of Kim and David Jones, Marlee Jones, said her art just follows her own journey. 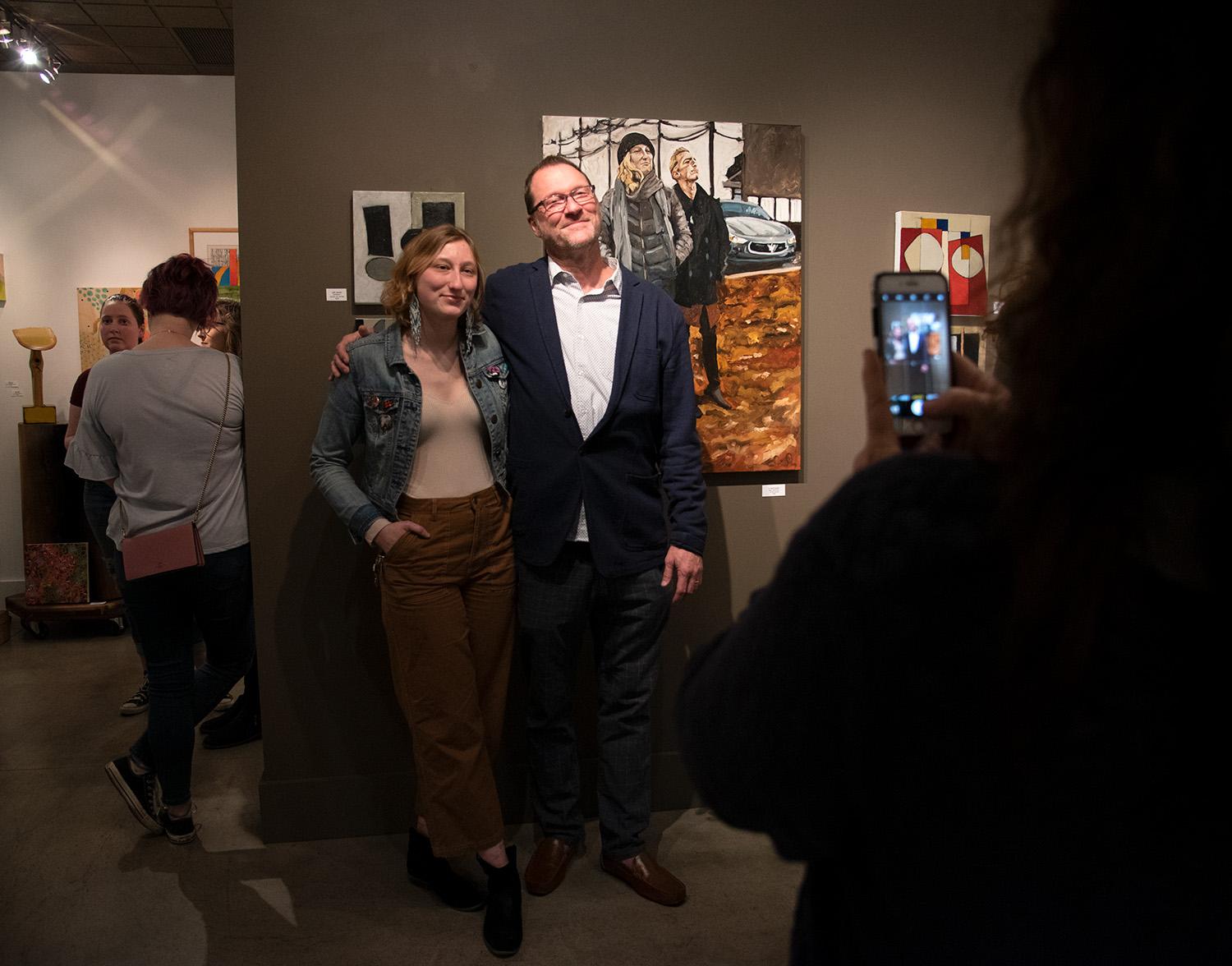 Marlee Jones, a senior from Bowling Green, poses with her dad, David Jones, at the opening of the Ellis Walker Gallery. Marlee Jones has been featured in the gallery several times in the past, but this exhibit is the first of its kind in featuring a variety of student work across different concentrations in the Department of Art.

“The hard part sometimes is telling people that you are going to school for art especially in the South but getting everyone together is such an exciting moment,” she said. “It is very liberating seeing your art up on the wall, with other artists work.”

Johnson said she and her coworkers at Ellis Walker Gallery would like to do events like the exhibition again in the future plans to continue to do its best to work on the disconnect between local artists and their town.