As her friend grabs a record sliding it out of its sleeve, Taylor Haase watched about to hear a record for the first time. As the needle hit the grooves on the pricesley cut piece of vinyl and the song started leaking out of the speakers Haase was hooked.

For some people listening to records is a daily ritual, along with going to record stores and sifting through records until they have struck gold. Bowling Green is home to two local record stores Mellow Matt’s Music & More and Melodies and Memories. The Great Escape also has a location in Bowling Green. Recently vinyl is on track to surpass digital radio and CDs.

Haase, a 2017 alumna, began collecting records when she listened to her friends record player and then got a record player for Christmas about five years ago.

“I really liked the sound,” she said. “Vinyl pressings pick up dust and scratches and the needle induces wear in the grooves which creates crackle and also picks up the sound of its own motion.”

Haase has 31 records in her collection. She displays them on an iron record storage shelf with her orange Crosley turntable sitting on top. Her favorites from her collection are her jazz records and her Whitney (the band, not Houston) album titled “Light Upon the Lake.” 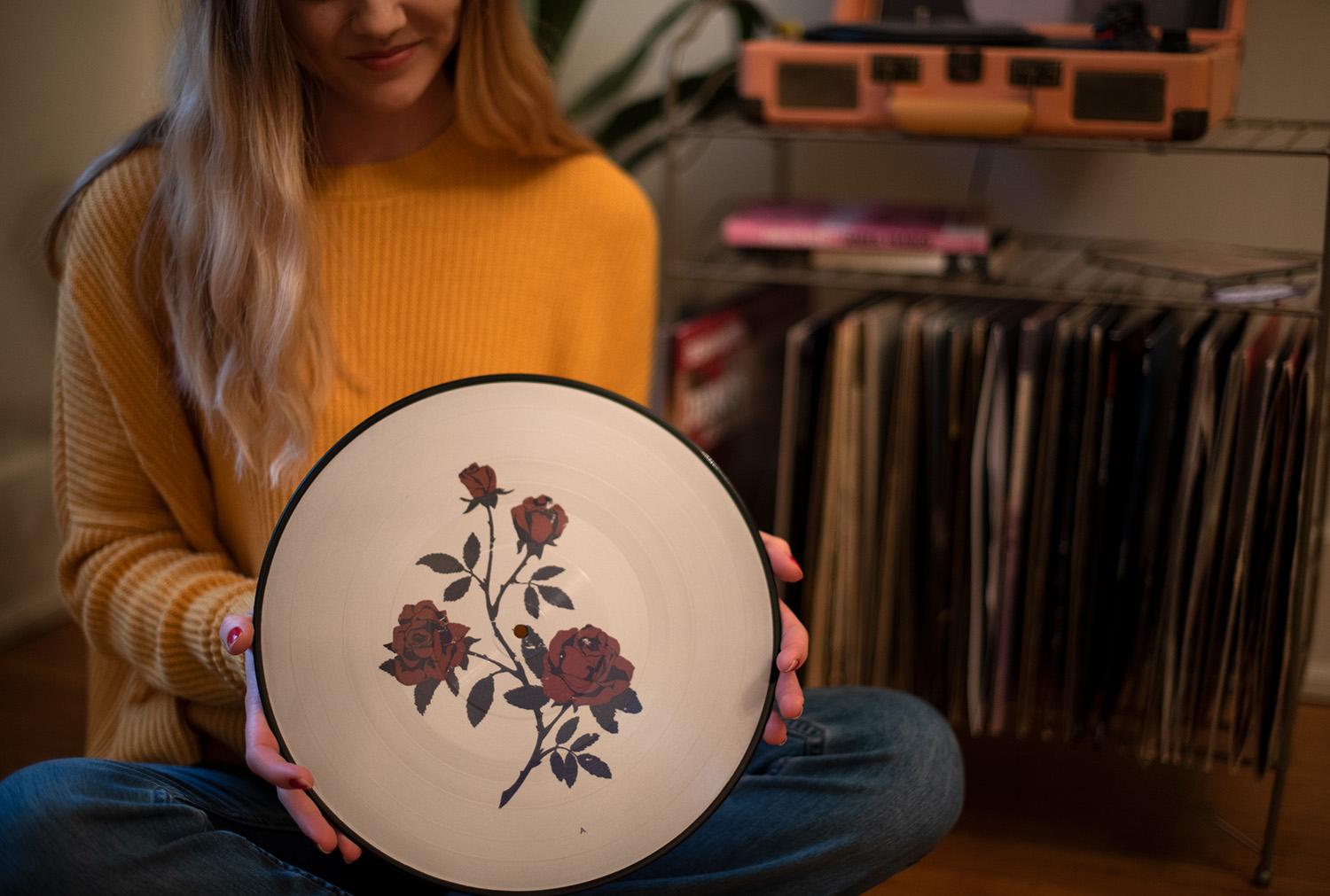 Bowling Green alumna Taylor Haase poses for a portrait with one of her favorite records by Whitney, “Light Upon the Lake.” Hasse has 31 records in her collection.

Haase enjoys going to Mellow Matt’s, once or twice a month, to sift through the tightly spaced rows of records and find gems to take home.

“Anytime I go, I know I want to have a lot of time to go because there’s so many to look through,” Haase said.

Harrison Lee, a freshman from Owensboro, has been working on building his record collection for almost four years. Lee got his first record his sophomore year of high school for Christmas. It was Led Zeppelin’s “Mothership” box set including four records.

“That sparked the fire,” Lee said.

Lee’s dorm room has three bins stuffed full of records with his record player sitting in between. The contents of these bins and the 50 records  he has at home add up to about 250 to 275 records. Lee makes record store trips at least once a week and sometimes two or three times a week. 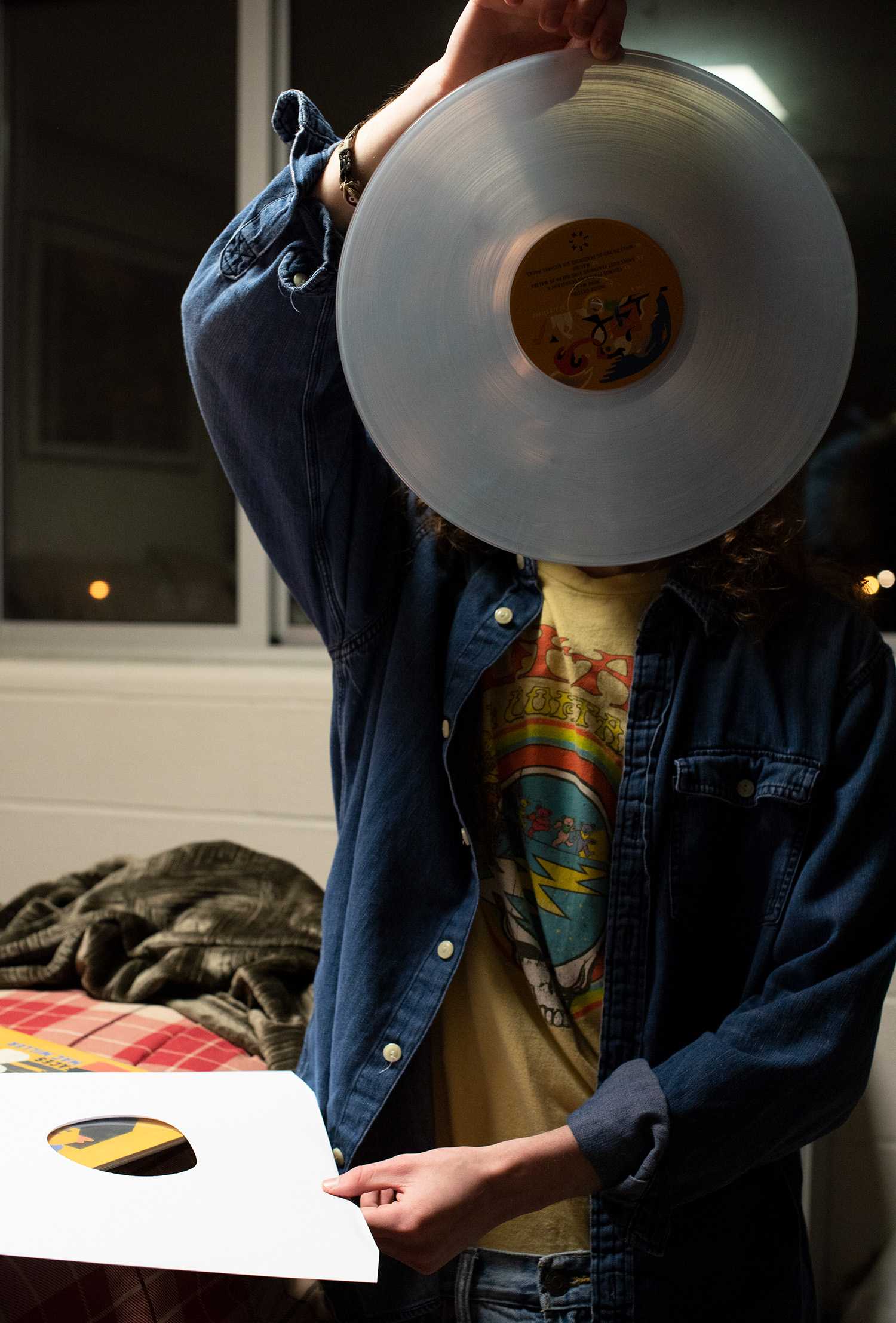 “My favorites will always still be the little hole-in-the-wall places, the little mom and pop shops,” he said. “That’s my go-to. You’re going to see things ranging from jazz albums to country albums that nobody really gives a shit about, but they’re there.”

Lee enjoys the rush of searching for albums and finding one he didn’t even know existed. One of his favorites is a Pink Floyd album of their complete BBC sessions. The record is an original 1968 pressing.

“Whenever you find something like this, and Pink Floyd’s your favorite band, it just kinda rocks your whole world,” he said.

Just like Lee, Dillon Miller, a junior from White Mills, has been building up his record collection for two years. Mellow Matt’s is also his favorite record store.

Miller got into collecting records his freshman year when Mellow Matt’s had a booth set up on campus. After buying a couple that day, he started reading more into the hobby and has built off that. 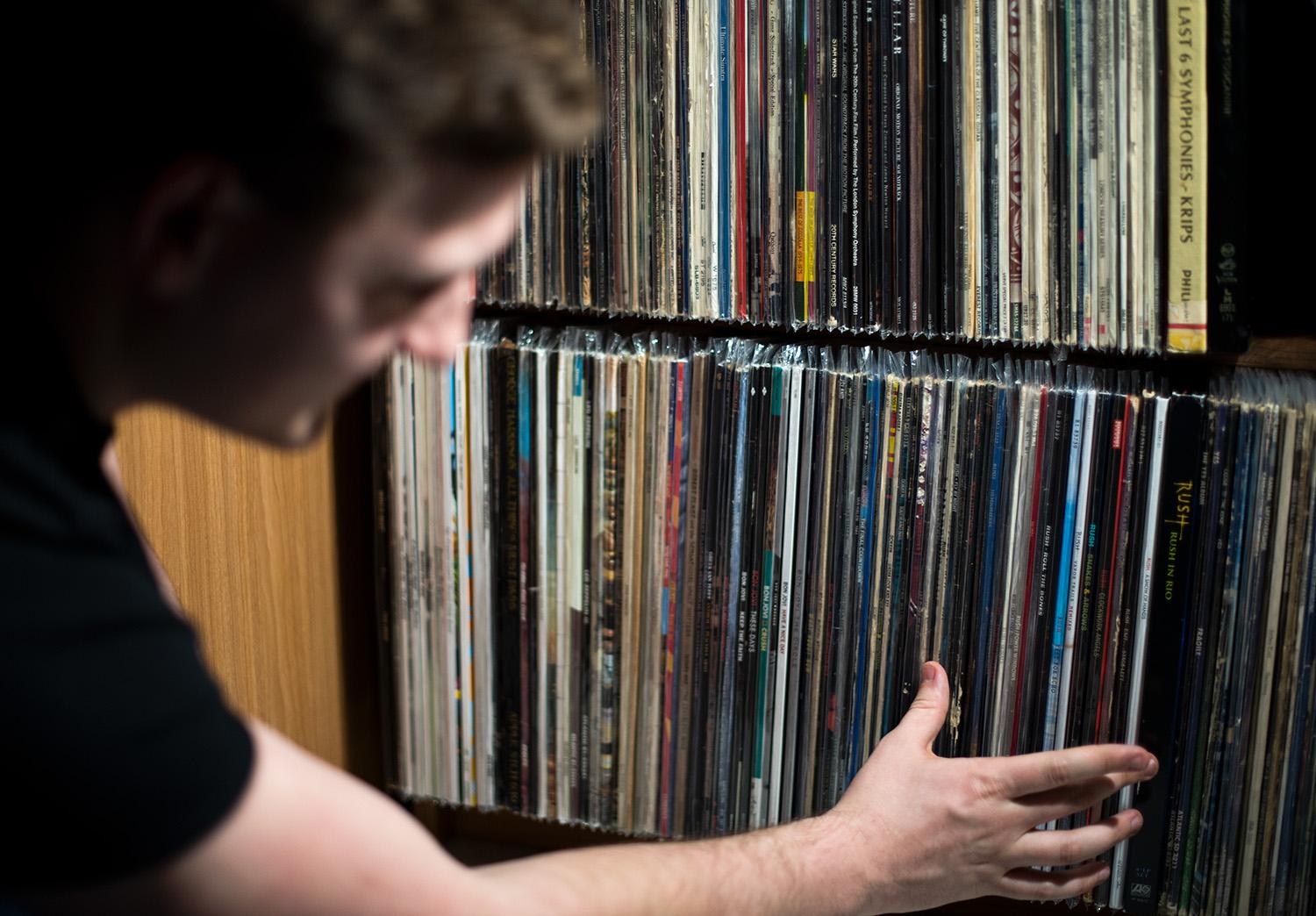 White Mills junior Dillon Miller thumbs through his record collection in his dorm. Miller has collected 241 records in the past two years.

He now has a collection of 241 records filling up two shelves on his bookcase with box sets propped up against the wall above in his dorm.

Mellow Matt’s is Miller’s favorite records store he has been to over the past three years.

“There is something about it being a community hometown type record store, he said. “Nobody else but Bowling Green has Mellow Matt’s.”