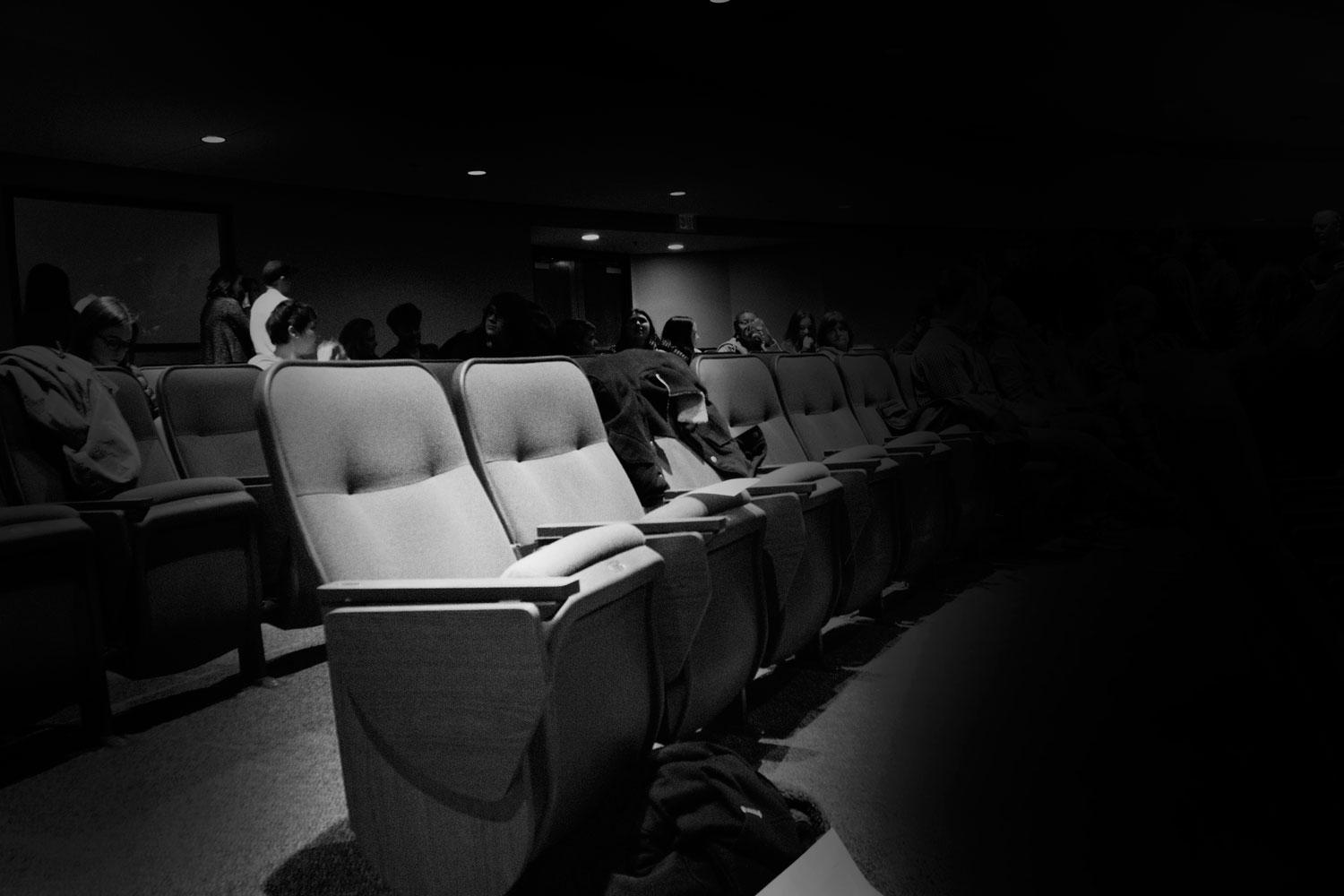 A display of film students’ work

On the evening of Dec. 3, WKU’s film department held its first showcase of student films. Participation is required for students enrolled in film production workshop I and intermediate film workshop. Independent films, from students in and outside of the classroom, could also be submitted.

Mass Media and Technology Hall’s auditorium was filled with chatter as many students took seats in the middle of the room, anxious and excited. For many, this was the first time they would see their work on a big screen. With only two independent submissions to the showcase, every other film submission had been mandatory, so there was no escaping any of the good or bad criticisms to come.

With nearly forty films to screen, each film was required to adhere to running time limits. However, for intermediate film workshop students, shooting time limits were also enforced, limiting them to a one-day shoot. Louisville senior Jeris Johnson said he found the limits difficult but not a complete hindrance.

“The only challenge I would say was the time constraint, how we only had one day to shoot everything,” Johnson said. “But overall, I think my team really came through. We did a great job.”

Students in the intermediate class were also required to present an original idea.

Johnson, who screened “Day Job,” said this was the first short film he wrote and directed.

“It’s starring these two guys, and when they find a dead body at work, they clean it up for their own personal gain,” Johnson said. “And when they do, they are employed by the mob to help clean up dead bodies.”

With a comedic side to it, the film was definitely a crowd pleaser, much like St. Louis junior Jamory McKinney’s original work “Killer Karma.” McKinney said he found influence from watching other notable films and television shows.

“It’s like ‘The Breakfast Club,’ where people are studying in the library with different backgrounds,” McKinney said. “Along the way, mysterious, weird phenomenon start occurring. They have to try and figure out what’s going on, what’s causing it.”

McKinney and Johnson, like many other intermediate students, helped with other students’ films, too. When the credits rolled, familiar names repeatedly appeared. Their roles changed from director of photography to gaffer to grip boy to first and second assistant director and much more.

Film production workshop I students used some of the same actors in their films. The only difference between the two classes was that film production students were required to recreate scenes from other movies. They did so uniquely, applying their own techniques and stylistic choices and interchanging gender roles. For instance, recreating a scene from “The Social Network,” characters Mark and Eduardo were depicted as females instead of males.

This new event will take place in the fall and spring, replacing the WKU Film Festival, which previously took place each the spring and allowed any filmmaker in the Bowling Green area to participate. With this change, assistant professor Travis Newton said he hopes to see more independent films submitted next semester.

Now that Johnson is not required to submit to the showcase, he said he does not currently have any films in the making, but he’s not completely brushing off the possibility of creating a new film.

“I’m mainly focused on writing right now,” Johnson said. “But if something comes into my mind, I might just have to create it.”

McKinney said he was inspired to continue the momentum he gained from participating in the showcase by working with a fellow actor.

“We’re probably going to start a YouTube channel and create our own videos,” McKinney said. “If I can come up with good-looking videos, I’ll try to submit that for next semester.”