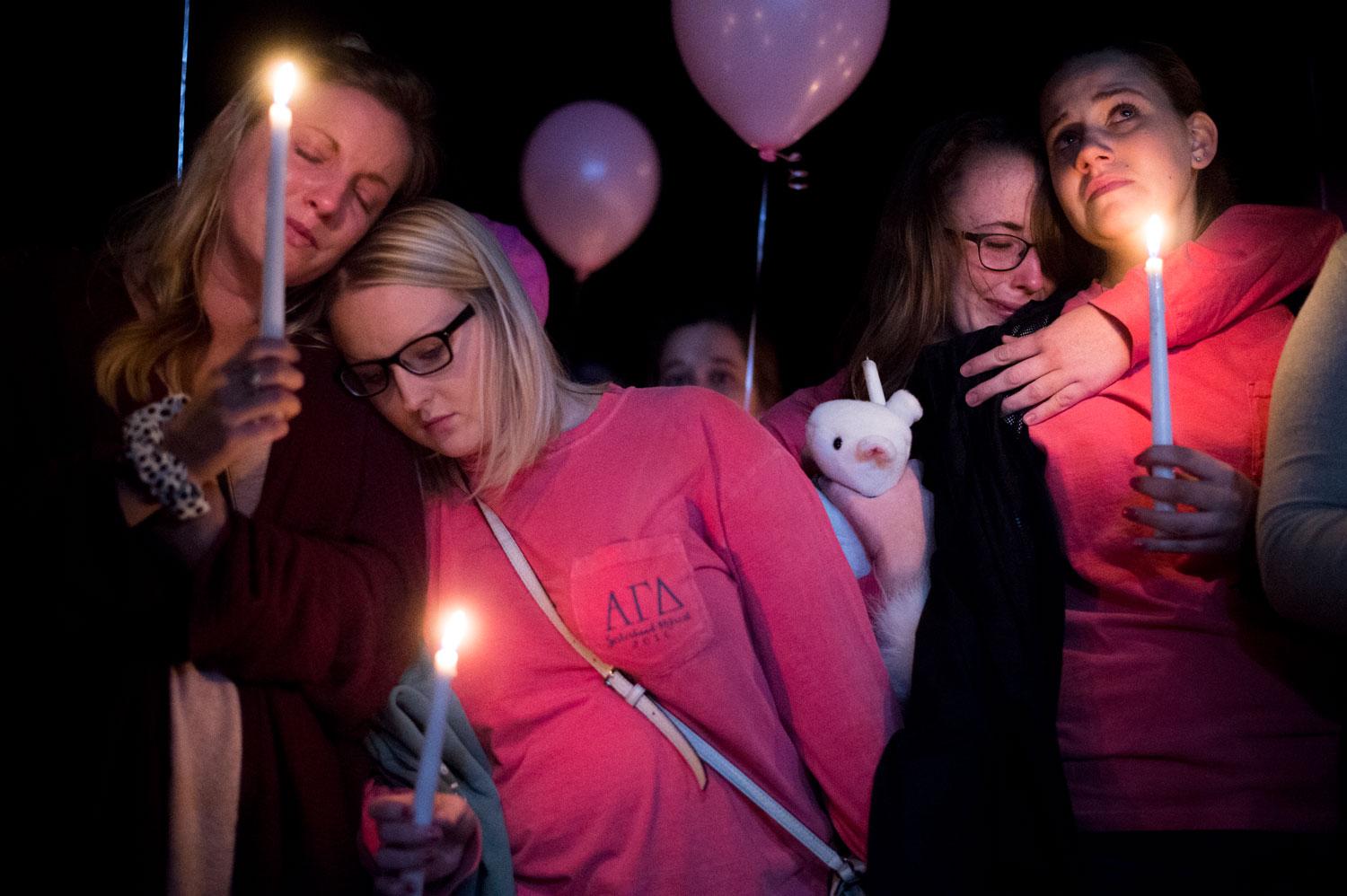 A light in the dark: remembering Stephanie Campbell

Chestnut Street was a corridor of chilly breezes and freshly made puddles. Pools of light glimmered off the slick pavement. All was quiet and cold.

Suddenly, the pulse of hundreds of footsteps began to liven up the empty street. People were drawn, as if by magnetism, to the lawn of the Alpha Gamma Delta house. The once sullen street swelled with a singular spot of warmth. Friends, fellow classmates and sorority sisters joined in honoring the life of Louisville senior Stephanie Campbell, who passed away in a tragic car accident on Sunday, Sept. 25.

Jasper, Indiana senior Melanie Martin, the president of WKU’s AGD chapter, led the vigil, as friends and sorority sisters shared stories of favorite memories and fun times. They talked about Campbell’s love for Homecoming and her even deeper passion for dancing with her sisters in Shenanigans.

Even those who knew Campbell on a less personal level commented on her infectious smile, elegance and poise. Her sorority sisters admired her goal-oriented mindset, and those in her pledge class mentioned looking up to her. As the lawn filled with candle-lit faces, it was clear that Campbell was truly loved by many.

Although there were tears, the circle of supporters radiated mostly with laughter and warmth. This was not a time for mourning a loss but rather celebrating a life. Many times, Campbell’s sorority sisters mentioned how much she would have enjoyed having everyone she loved together in one place.

As the vigil came to a close, people shared their final words, and pink balloons were released into the air toward the stars, which had appeared despite the cloudiness of the day. The candles were blown out, but still, the warmth was present.

Friends shared hug after hug then finally walked in large groups back down the empty corridor into the black night. The street was quiet again, but a residual glow remained. It left the night a little bit warmer for some.