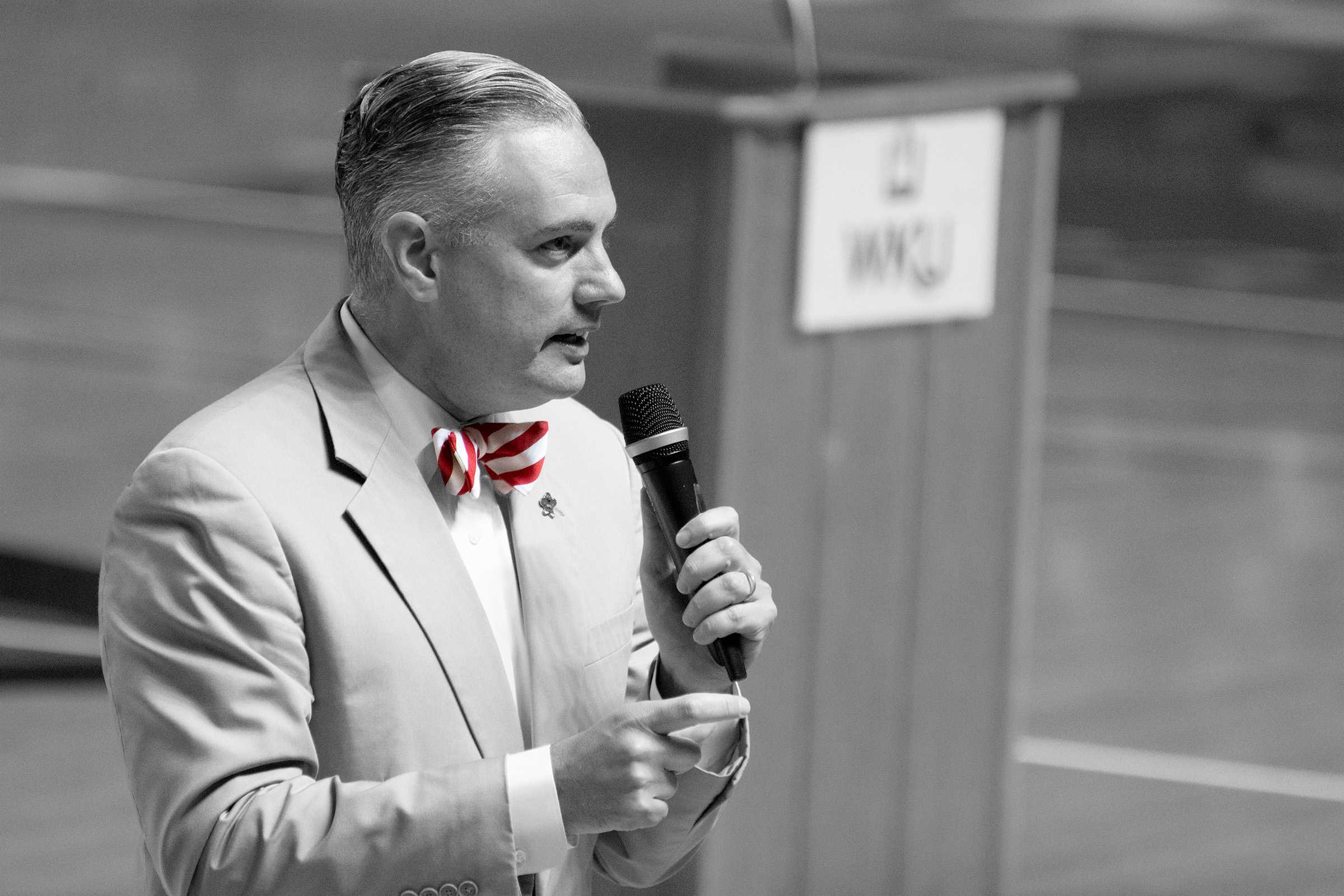 WKU President Timothy Caboni has his hands tied after being outed as not a man, but several hundred bow ties stacked in the form of a man.

A source who asked to remain anonymous said they ran into President Caboni at Mickie’s Alterations, a local alterations service in Bowling Green.

“When he left, I saw a trail of bow ties hanging from his suit jacket,” they said. “I asked the woman at the front desk, and she told me everything.”

The President’s Cabinet released a joint statement in defense of President Caboni, citing their indifference towards what species he is as long as he continues to do his job.

“So what if he is just a bunch of bow ties,” the statement said. “He has knot done anything to convince us he isn’t the right guy for the position.”

A DNA test obtained by the Talisman revealed Caboni to be made of 100% woven silk.

One member of WKU’s faculty was reached for comment, though they asked to remain anonymous, and said that they had been suspicious about Caboni’s identity.

“It’s a shock no one realized until this report,” the faculty member said. “Looking at him now, you can definitely tell that’s just a lot of bow ties together. It was always odd that phone calls with him consisted of a faint rustling on the other end.”