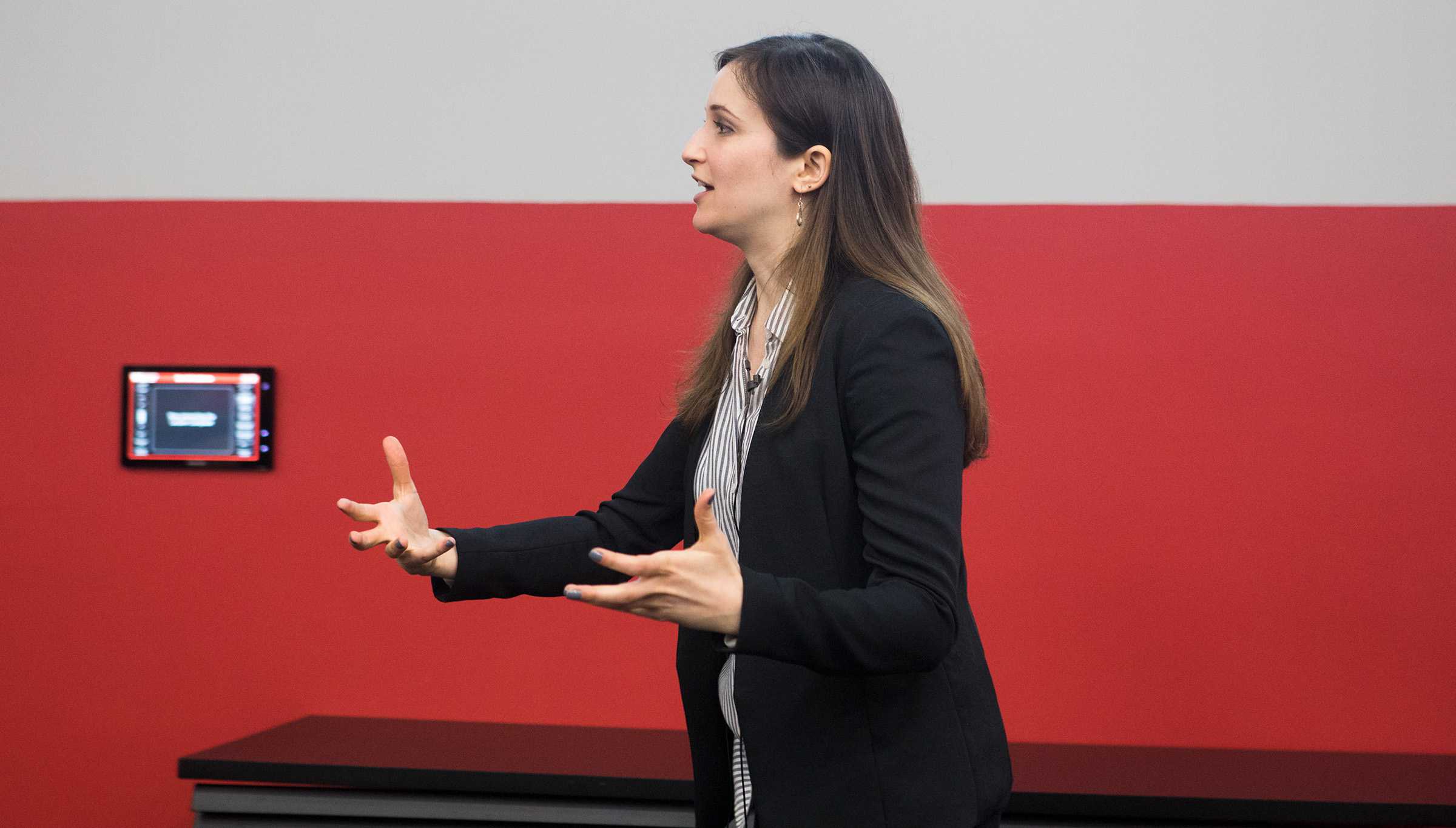 On Feb. 22, the Department of Economics welcomed a surprising speaker: a philosopher.

Rebecca Tuvel is a controversial figure in the academic community because of an article she wrote, “In Defense of Transracialism,” published in March 2017 by Hypatia: A Journal of Feminist Philosophy.

Tuvel came to campus through the BB&T Lecture Series sponsored by the BB&T Charitable Foundation and the Koch brothers. Some view the series itself as being controversial, due to the Koch brothers’ known conservative beliefs. However, Brian Strow, an Economics professor and the organizer of the event, said the brothers have no prior knowledge of who he brings to campus. Strow also runs and writes articles for the WKU BB&T Center for the Study of Capitalism.

Tuvel was also invited to the WKU in an effort to promote the creation of a new major that combines politics, philosophy and economics (PPE). According to Strow, the three departments are currently working closely to bring the major, which is popular among pre-law students, to WKU.

In her article, Tuvel questioned the idea of the “widespread social perception that it is neither possible nor acceptable to change one’s race in the way it might be to change one’s sex.” It is a concept otherwise known as “transracialism.”

The paper was inspired by Rachel Dolezal, a former NAACP chapter president who received much criticism when she tried to transition from identifying as a white person to a black person. At the same time, Caitlyn Jenner was receiving praise for her gender transition. However, Tuvel said her research went beyond those two specific cases. Hypatia removed the article following an uproar of complaints.

“Tuvel enacts violence and perpetuates harm in numerous ways throughout her essay,” Nora Berenstain, an assistant professor of philosophy at the University of Tennessee wrote in a blog post on the WordPress blog “GenderTrender.”

Berenstain argued that Tuvel, as a non-transgender white woman did not have the authority to comment on transracialism without input from the minorities it affected.

Strow said this controversy was largely the reason for Tuvel’s invitation to speak, as opposed to the contents of her paper. He said he initially invited her after finding out her paper was removed due to the backlash.

“That is just not how academia is supposed to roll,” he said.

He said he was concerned about promoting academic freedom, and he hoped that everyone went in with an open mind.

Throughout her talk, Tuvel emphasized that at times she believes fear of cultural appropriation prevents people from taking other perspectives into account.

She argued that Dolezal’s immersion into black culture was more relevant to her identification as a black woman than her biological ties. She also said that since at times Dolezal was classified by others as being black, she could relate to the black experience.

“This is a question of how we ethically treat each other,” said Tuvel, who feels that many people jumped to conclusions about Dolezal without thinking about how her case might be similar to the transgender community.

However, Tuvel said the history of white exploitation should not be ignored when discussing transracialism.

“The wounds of racial injustice are more fresh,” Tuvel said.

She said that while she is sympathetic to Dolezal, she is more interested in starting a conversation than defending a specific person.

“I went in with a mindset, and it was completely changed,” said Noemi Sanchez, a senior from Mexico City.

She said that after listening to the talk she felt that the culture around someone could impact their racial identity.

“As a minority, it’s directly attached to me,” said Sanchez, who initially attended the talk to get a better grasp of what transracialism is.

Tuvel concluded her talk by saying that people who are wary of transracial people should take the time to learn more about the topic before they pass judgment. However, she also said that those looking to cross cultural and racial boundaries should do so with care and respect.