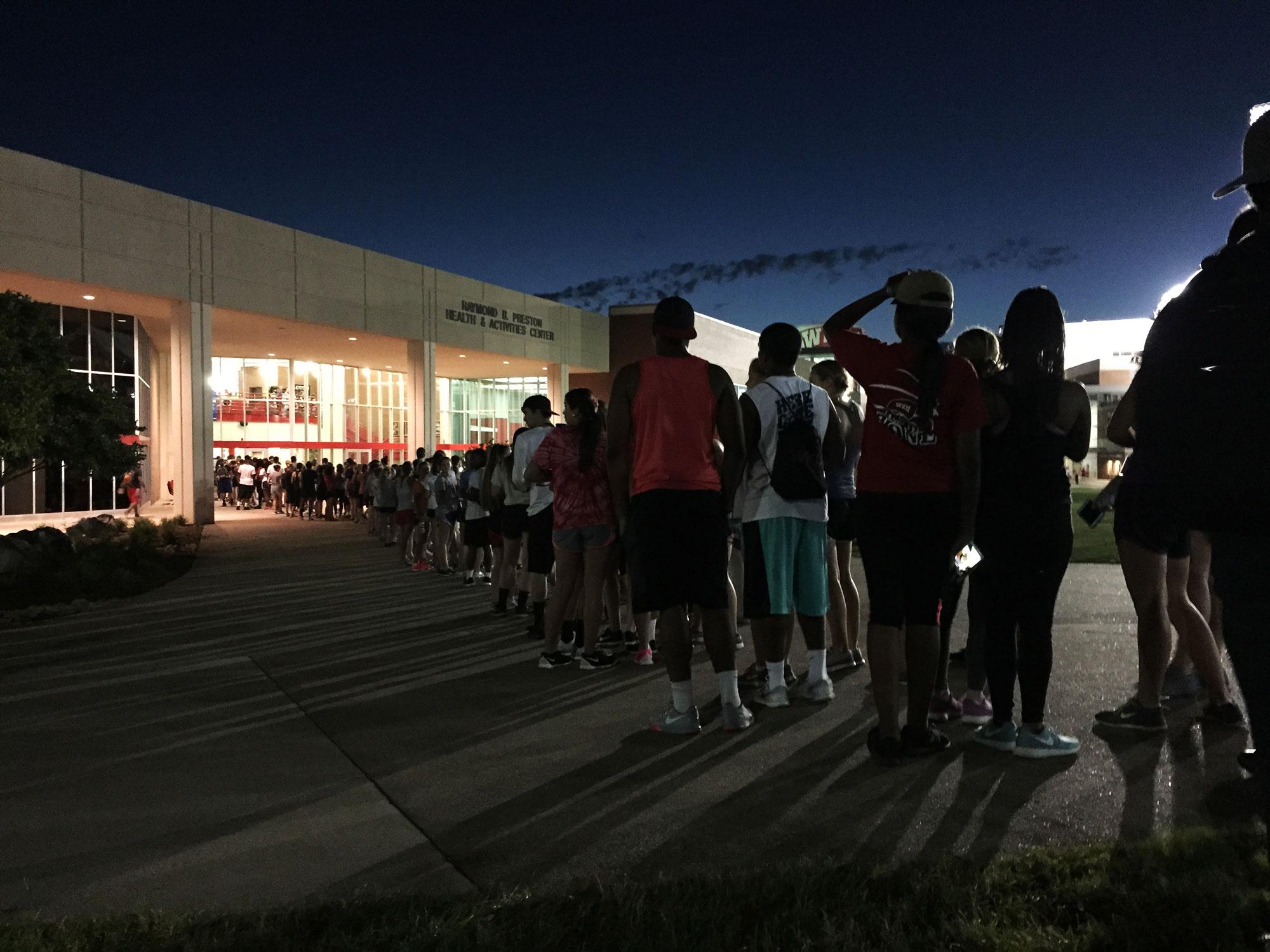 I Tried to Go to Zumba Last Night

I’ve never been a huge fan of exercise. I hate to admit it, but it’s the sad truth.

Growing up, I was the girl who never played sports, but I was totally okay with it. Running? No thanks. Training? I’d rather not.

But there is one avenue of physical fitness that has always felt strangely  appealing to me: Zumba. It doesn’t really look like my conception of “working out.” It looks like dancing. It looks fun.

So I agreed to give it a try.

A friend said she would meet me there. We were both running late and coming from different directions. While walking across campus, I get a text — one minute after the class started.

“Someone just said ‘the line is ridiculous” “Idk what that means bc I’ve never seen a line for the class but I guess we’ll find out.”

I haven’t logged many hours in the Preston Center, but I have never seen a line this long. It was MASTER Plan week so hundreds of freshmen were there, patiently awaiting entrance to the fitness center. Their line stretched like a snake from South Lawn to the front doors of Preston, a long line of athletic shorts, T-shirts and still-fresh freshman enthusiasm.

It didn’t look like I would be Zumba-ing any time soon.

Little-by-little, the line shortened. Some finally trudged their way into the building. Others gave up on exercise and forfeited their precious place in line. Two freshmen standing in front of me abandoned exercise for burgers and fries.

Those who stuck it out used the opportunity to socialize.

And after 30 minutes of waiting, we were in for a surprise.

A burst of air conditioning greeted us as we finally made it into the building. It was 8:45, thirty minutes after the class was scheduled to start, but someone said the class had been delayed.

“Perfect,” I thought, as my dreams of Zumba resurged. “Maybe they were waiting for us.”

Hughes explained, “Zumba class has been cancelled because our instructor didn’t show up, so there are like 150 people just chillin’ outside the studio.”

So much for physical fitness.

I have to hand it to the Preston Center, though. They accommodated the excess of expectant bodies with another means of exercise. A blonde-haired, red-shirted Preston employee led the group in an impromptu and improvised ab and leg workout.

It was okay, but it wasn’t Zumba. There was no dancing. Barely any fun.

Despite the waiting period and the absent instructor and the changed plans, Hughes and Vogt agreed to give Zumba and the Preston Center another chance.

Maybe I will too. It wasn’t what I expected when I thought about trying Zumba, but it’s always worth another try.