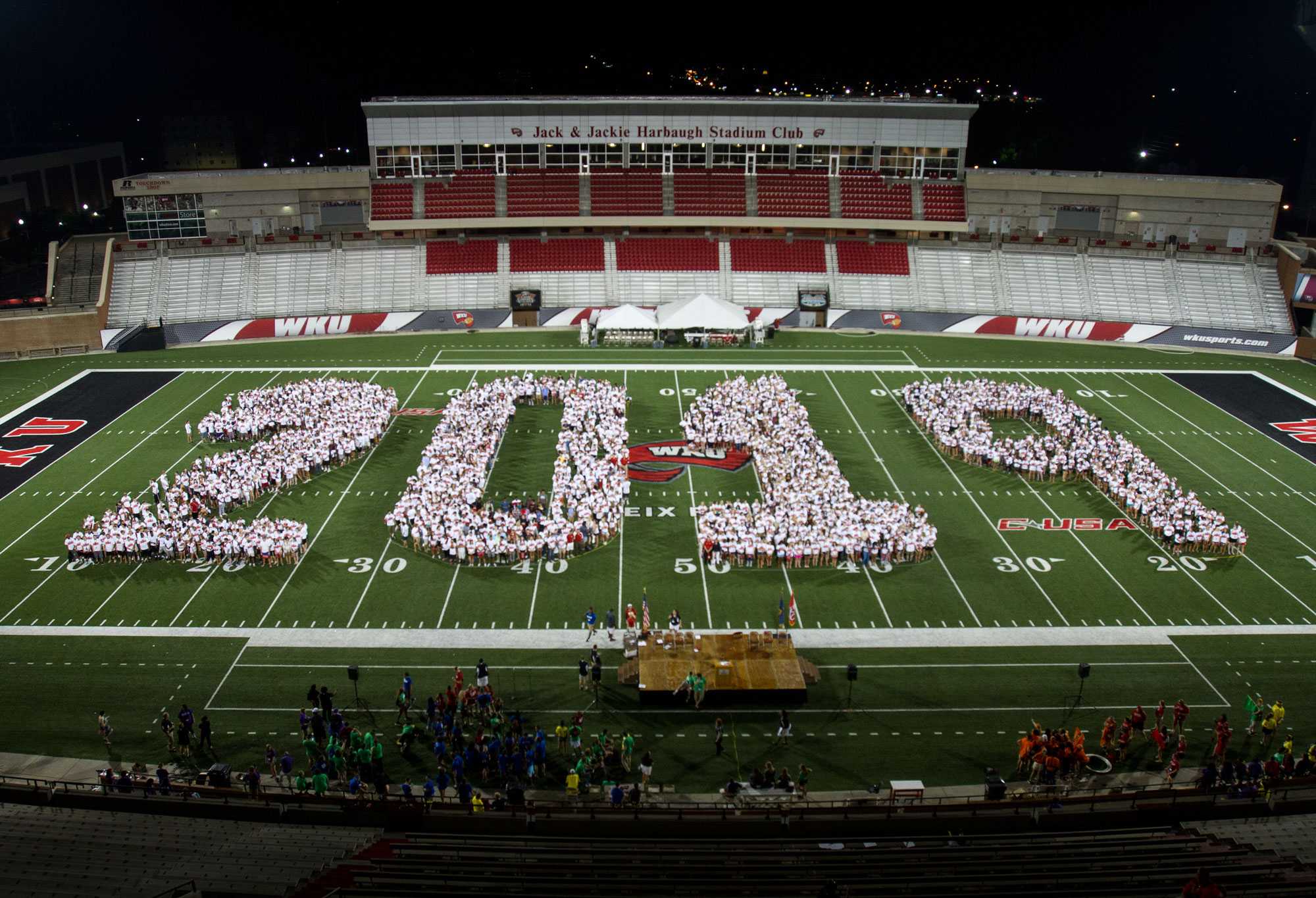 Finding Friends, Coming Out and Other Tales From Freshman Year

We asked some of our staff to write personal narratives about their experiences freshman year. These three stories are true accounts of early life on the Hill. We think they hold a special power for new freshmen — a sort of intimate wisdom passed down from upperclassmen.

It Starts Getting Better Right Now

I was all moved in, my parents had driven off and I was nervous as hell.

I had spent my entire senior year of highschool itching to leave. After hearing phrases like “paging Dr. Faggot” and “that’s so gay” thrown around countless times, it was pretty obvious that my high school wasn’t a safe space for LGBT youth — at least when I attended.

Only a handful of close friends knew I was gay.

However, there was a problem with my escape plan: I was going to college in Bowling Green — not exactly a mecca of progressivism. I was beyond excited to get involved on campus, but I was still hesitant about being out.

I had read dozens of horror stories about being out in college. Bullying, discrimination, assault — I thought all of these things were somehow in the cards for me, along with all the usual terrors of freshman year.

However, I’m happy to report to all of the incoming queer freshmen currently enduring — err — experiencing MASTER Plan, that I couldn’t be happier with my university decision.

Even since I started back in the fall of 2012, things have changed for the better. WKU is still far from perfect, but gay marriage is now legal everywhere in the country. Our university president hosted a forum for LGBT students last semester. We now have a Lavender graduation ceremony to honor our LGBT students, and I’m beyond excited to attend next spring.

Oh, and the Grindr and Tinder horror stories. Those are better left unsaid.

But the important thing is that I was myself. I was out on my own terms, and I found friends that love and support me no matter what and hate me for the right reasons (like the fact that I’m always late and usually oversleep) and not because I’m gay.

I completely understand the nerves, but I think anyone would be happily surprised with the acceptance found on the Hill.

My freshman roommate seemed like my ideal best friend. She played the oboe, and I was the flute queen of my high school’s marching band. Both our families are United Methodists. Both of us bought the same Target pillow for our dorm room and then exchanged excited oh-em-gee-we-bought-the-same-pillow selfies. And, of course, she stood up to a thorough Facebook stalking which scrutinized every photo she had been tagged in since 2009.

I think even she expected us to be best friends. I was invited to her parents’ home one of my first days at WKU to meet her family and cheer on their beloved Wildcats. She wanted us to rush together. I met her high school friends.

But I wasn’t expecting my roommate to break up with her long-term boyfriend for a guy that she met during MASTER Plan (who, I might add, she had tried to set me up with the first night we met).

I wasn’t expecting a boy to lay crying on the floor outside our room, begging for her to open the door and take him back. She didn’t. I asked him to leave.

I especially wasn’t expecting  to see her new boyfriend gnawing on her arm in our room. They quickly stopped to explain that they were “pretending they were on Walking Dead.” Alright.

It didn’t really work out between us. But that’s not to say that we didn’t have some great moments.

We shared our first night away from our homes and families. We both cried —  separately, in our own beds. I was there with her — as much as I could be — through all of that year’s break-ups. She saw me sob through the last episode of the third season of Downton Abbey (RIP Matthew).

As weird as it may seem, our friendship’s failure was a good thing for me.

It really is okay to not be best friends with your roommate. It happens for some people and that’s great. But if it doesn’t work out, that’s fine too.

How the Hell Do I Make Friends?

MASTER Plan helpers hastily moved my belongings into the trappings of my new, awesome adult life. They hefted along my contact lenses, my skirts that actually extended above my knee and my meticulously planned combination of face washes to ensure clear skin.

But as the ice-breaker activities commenced, it was clear my preparations were not enough. I was less adult and far less experienced than I hoped, not just in balancing finances and enduring painfully awkward first dates at the DSU Starbucks, but in forming friendships, which even as a fairly shy person, I never previously found difficult.

Since kindergarten, I attended small Catholic schools. I maintained many of the same friendships from first grade through senior year of high school.

That was one close-knit, 36-student graduating class. The would-be bullies received “Justice Under God.” Schoolyard peace was kept under the eyes of elderly nuns and friendships were easily formed.

Consequently, I entered college having taken friends for granted, just as I did home-cooked meals and a fast metabolism.

My hometown friends had remained close through all of life’s stages, even the embarrassing middle school years and angsty high school hours. I was terrified opening up to new people and the possibility of rejection, but I had to risk it.

I attended club meetings, out of class discussions and sporting events. I studied in public and struck up conversations with strangers. I met a diverse range of people with different lifestyles and cultures.

Many of these connections stayed at surface level, however, and I kept holding back.

I often huddled low in a booth at Fresh Food Company on Friday nights, scarfing a saucer of spuds in solitude and wondering if there was something wrong with me for not establishing the perfect, intimate friendships I always dreamed of finding.

The year ended without much progress, but I didn’t feel too discouraged. I didn’t miss out on some quintessential freshman year experience.

I still went to my first big house parties, football games and guest lectures. I fell down the hill, scraped my knees and flashed my underwear at passers-by. I progressed beyond an uncomfortable Starbucks date to find my first wonderful boyfriend. I sang to myself in a communal shower and shouted in my sleep to the surprise and alarm of my roommate.

I don’t look back on my freshman year as a failure, just a beginning, and I’m approaching my sophomore year more experienced, hopeful and unafraid of holding back.